For twenty years, the LWF and its local member church has been working with the communities most affected by the armed conflict in Colombia. The program works on disaster risk reduction, livelihood support and advocacy for peace with rural and ethnic communities in remote areas of the country. 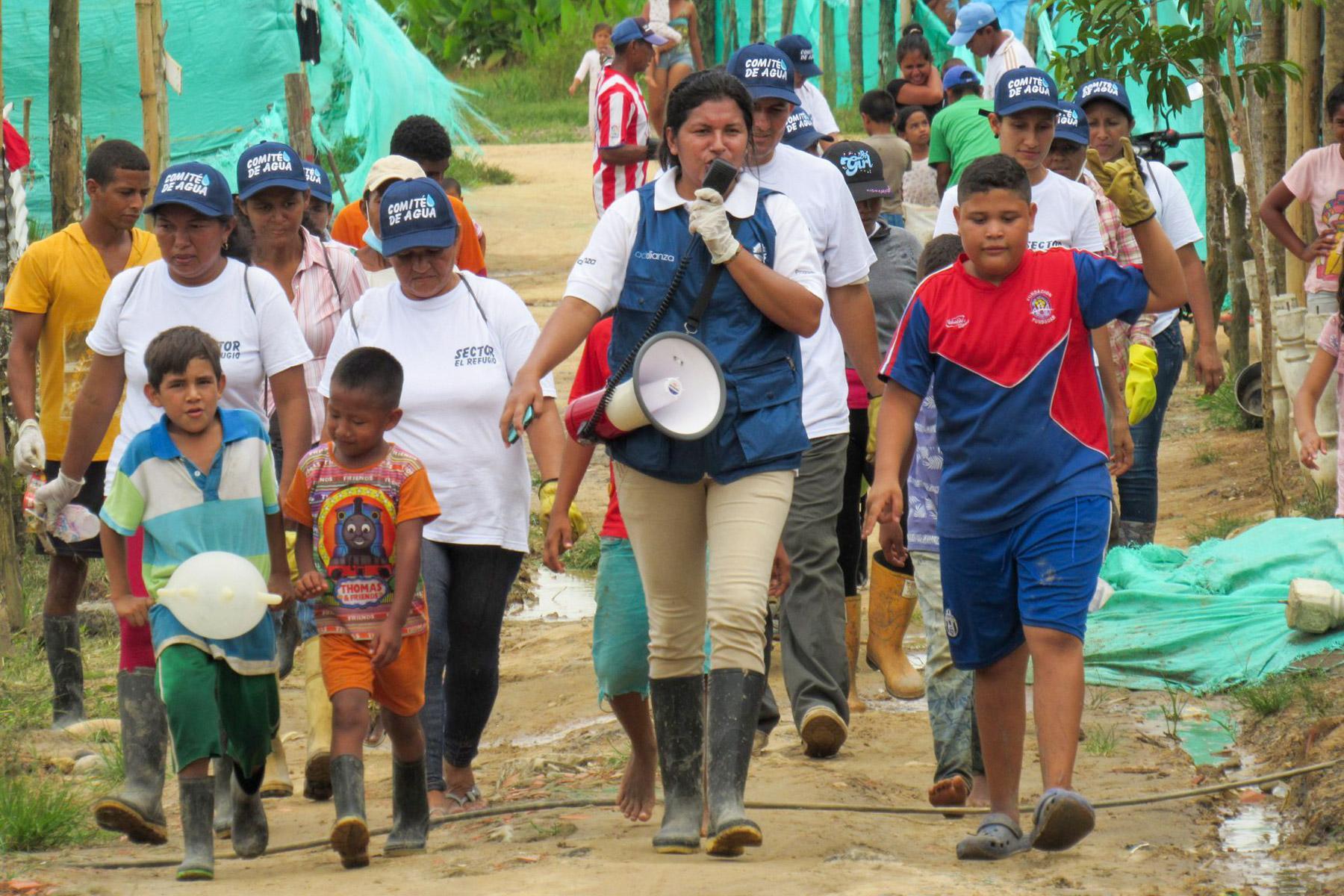 A water committee encouraging their community on better clean water standards in Arauca. LWF has been working with some of the most disadvantaged and remote communities. Photo: LWF Colombia

"Peace, land and dignity for all”

(LWI) - “A marvelous job: Close to the most affected people and communities, seeking to empower them and amplify their voices.” - These words of appreciation from Laura Rodriguez Burrell from the OCHA head office in Colombia are among many messages of appreciation for the two decades of LWF’s work in Colombia. This year, the LWF Colombia program celebrates its 20th anniversary. It is no coincidence that the program chose to mark this milestone on World Peace Day.

“For two decades we have been accompanying some of the regions in Colombia most affected by armed conflict and inequality”, said Adriana Franco Chitanana, the LWF Representative for Colombia and Venezuela.“ Our commitment to peace focuses on respecting and working with the communities with the highest rates of poverty in the country and those most affected by the internal conflict, reaching the most remote places directly, building trust to work hand in hand with local partner organizations.”

When LWF World Service started working in Colombia, the armed conflict was going into its fourth decade. In 2002, at the request of the Evangelical Lutheran Church of Colombia LWF started supporting conflict-affected communities, initially from the Central American program.

When the human rights situation deteriorated further in 2006, LWF Colombia was registered as a country program, and started working in the departments of Arauca and Choco supporting rural, Afro-Colombian and indigenous communities. Until today, the regions are contested territory between armed groups, prone to natural disaster, and also used as drug and human trafficking routes. 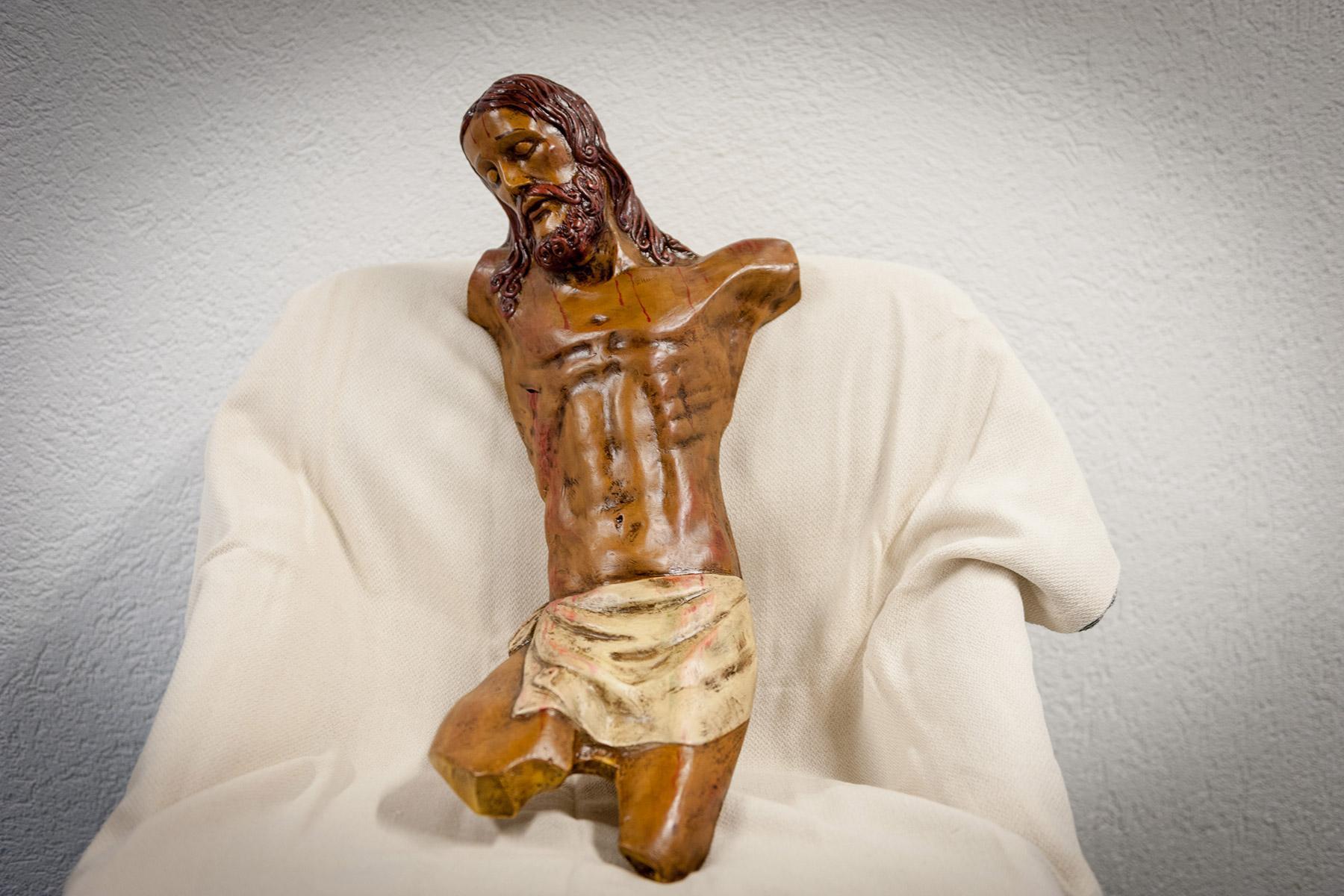 The “Christ of Bojayá.” During an audience at the Vatican on 7 December 2017, a delegation from the LWF presented Pope Francis with a replica of the statue, as a symbol of reconciliation. Photo: LWF/ S. Gallay

The department of Choco became known in 2002, when an explosive thrown by the FARC (Fuerzas Armadas Revolucionarias de Colombia, the main militia group in the armed conflict) exploded inside the village church of Bojayá. The bomb killed 119 people, and wounded 89 who had been seeking shelter inside the building. The explosion also blew away the arms and the legs of the crucifix. The “Christ of Bojayá” became emblematic of the populations’ suffering due to the armed conflict.

LWF supported the community of Bojayá when the massacre was brought to court in 2015. During the same year, members of FARC went to the community asking the people of Bojayá for forgiveness. The Evangelical Lutheran Church of Colombia (IELCO), an LWF member church, and the LWF World Service have supported the peace process and the importance of civil society participation leading up to the peace agreement in 2016, and since its implementation thereafter.

LWF worked with the communities in defending their rights and livelihoods, holding authorities accountable, and becoming resilient and autonomous. As part of working towards a peace which is just and fair for the most vulnerable, the rural population receives training on human rights, land rights and international law. In 2014, LWF became registered for mine-risk education.

LWF supports vulnerable communities in getting their land restored to them, so that they can rebuild their lives and their livelihoods. At the same time, LWF has been advocating on national and international level for a lasting peace in Colombia, and contributed to the Human Rights Review of the Country by the UN Human Rights Council. 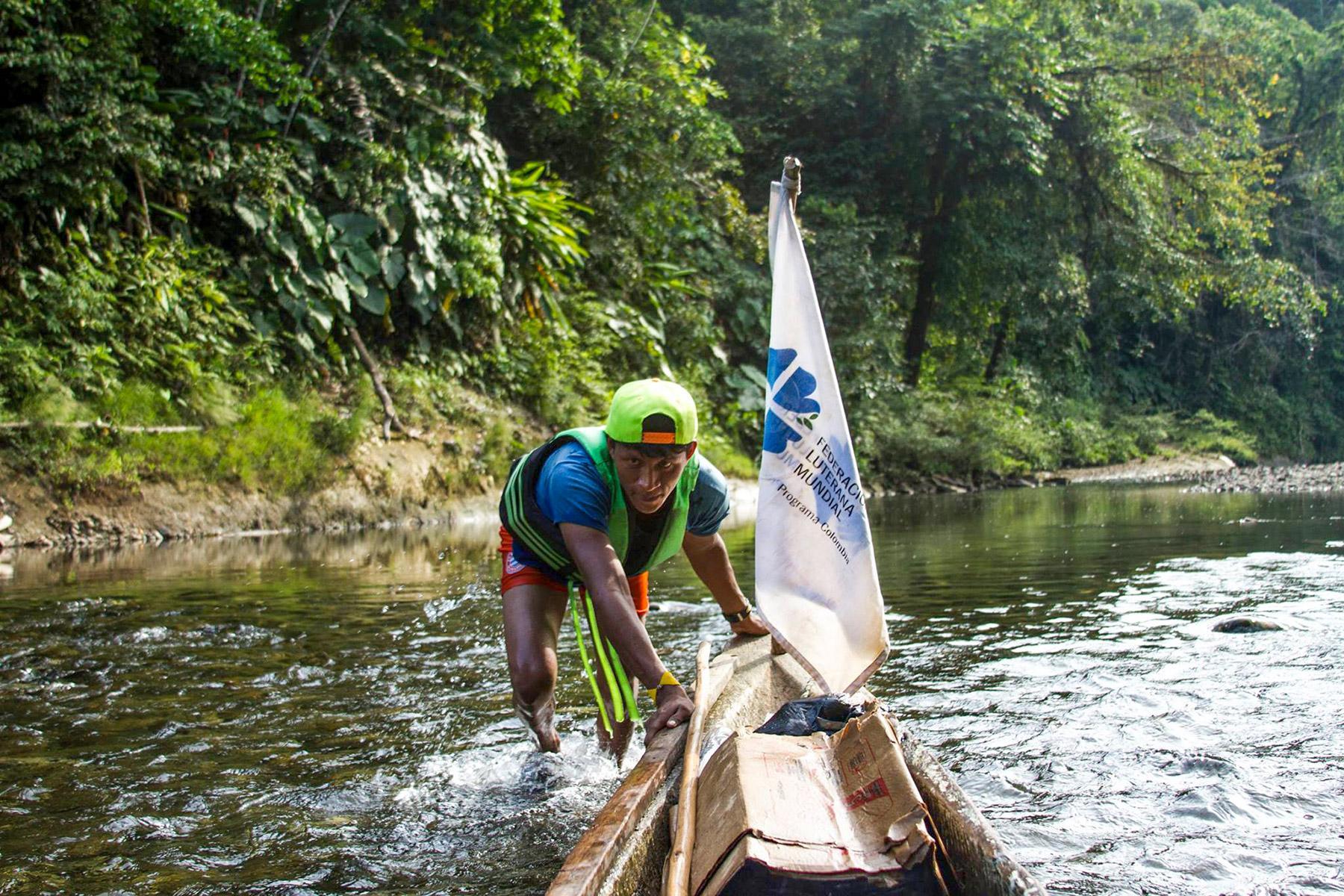 Over the years, the LWF has touched the lives of many communities in the departments in Boyacá, Cundinamarca, La Guajira, Putumayo, Santander, Valle del Cauca, Arauca, Casanare, Chocó, Guaviare and Meta. Some of the communities were only accessible by boat – LWF Colombia was the first LWF country program which had its own boat as a means of transportation.

Recent years have brought a new set of challenges: Natural disaster and the COVID-19 pandemic made it necessary to strengthen community protection mechanisms, and to enhance the regional autonomy of different social, youth, indigenous, peasant and women's organizations. Throughout this period, accompanying the Venezuelan migrant population opened work as a bi-national program in order to support communities in the complex situation of Venezuela.

“We celebrate two decades of this valuable work that would not be possible without the resilience, the struggle for permanence and the defense of the territory undertaken by local communities and organizations. Their knowledge, their own wisdom, organizational processes and leadership drive us to continue defending human rights and working with and for the populations affected by crises to achieve justice, peace and dignity in Colombia and Venezuela,” the LWF Country Representative concluded.

LWF’s work in Colombia has been supported by many partners over the past two decades, including the ACT Alliance, the German National Committee, FELM, Church of Sweden, the Evangelical Lutheran Church of America, Diakonie Katastrophenhilfe, and many local organizations.

LWF will commemorate its 20 year anniversary on 21 September, 4.30 pm Colombian time (GMT –5). Part of the event will be live streamed on the LWF Colombia facebook page.

"People are not starving, they are being starved”
news
test news