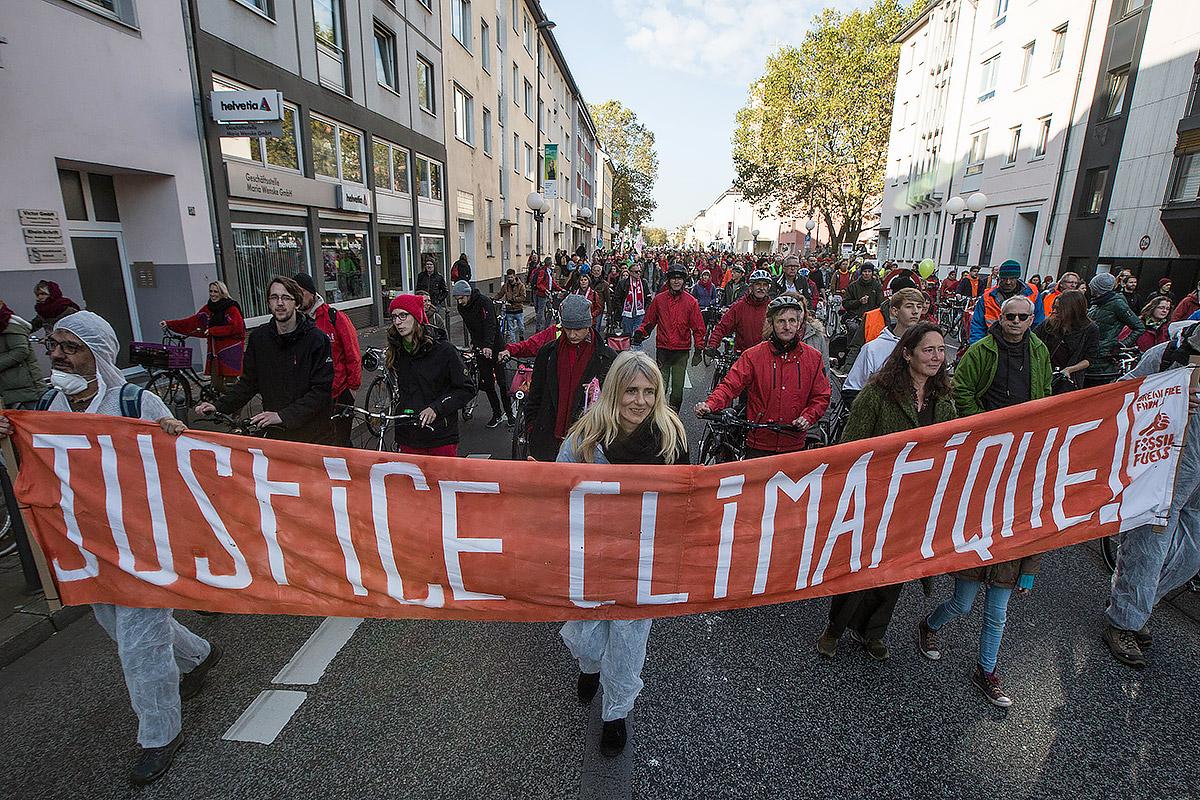 The needs of the most vulnerable countries must be prioritized

After a week of negotiations at the UN climate summit taking place in Bonn, Germany, the World Council of Churches (WCC), The Lutheran World Federation (LWF), and ACT Alliance—together representing more than half a billion Christians worldwide—expressed their concerns at the slow progress governments have made so far.

“Climate justice cannot wait. The most vulnerable must be in the midst of the world focus to overcome the climate challenge,” said WCC general secretary Rev. Dr Olav Fykse Tveit. “We have already taken many steps together, and it is clear that we strongly believe in efforts to stop climate change. And what is more, we believe strongly in the work for climate justice, and in shared responsibility in addressing these issues. Now is the time to take action.”

The ecumenical family stands together in recognizing that this week has made little progress towards securing the key demands of some of the world’s most vulnerable peoples and communities. So far, no significant steps have been made in financing and strengthening the loss and damage mechanism or clarifying the provision of climate finances.

With just one more week of negotiations remaining it is of paramount importance that COP23 and its Fijian presidency prioritize the needs of the most vulnerable countries for whom climate change is a harsh reality already today.

“We do not want COP23 to be a lost opportunity,” said Rudelmar Bueno de Faria, ACT Alliance general secretary. “The hopes and aspirations of millions of people who are facing the harshest impacts of climate change depend on urgent actions to mitigate climate change and its impacts.”

Bueno de Faria continued: “While this is a ‘technical’ COP, negotiators must not forget what climate negotiations are really about – people and communities all across the world, whose lives are in serious jeopardy as a result of climate change.”

Climate Justice is also a matter of intergenerational justice and about churches acting now.

"Climate Justice is also a matter of intergenerational justice and about churches acting now,” said LWF general secretary Rev. Dr Martin Junge. "I have been encouraged to hear about churches’ climate action and advocacy, which the young LWF delegates at COP 23 have shared: energy transition, responsible consumption, theological education and local advocacy on climate justice is already on the agenda of several churches. This is good news."

Referring to the urgency to address climate change, Junge added: “Climate change is not fake news. It is bad news for the human family, particularly for the most vulnerable. The Paris agreement needs to be implemented. Now!”

The COP 23 agenda focuses on working out rules and guidelines for implementation of the Paris agreement, which must create the right environment and dynamics to ensure that countries will collectively ramp up their national plans to cut emissions, embrace renewable energy, and provide adequate support to the poorest and most vulnerable.

With human rights in focus at COP25
news

A light to overcome darkness, for climate justice
news