A light to overcome darkness, for climate justice 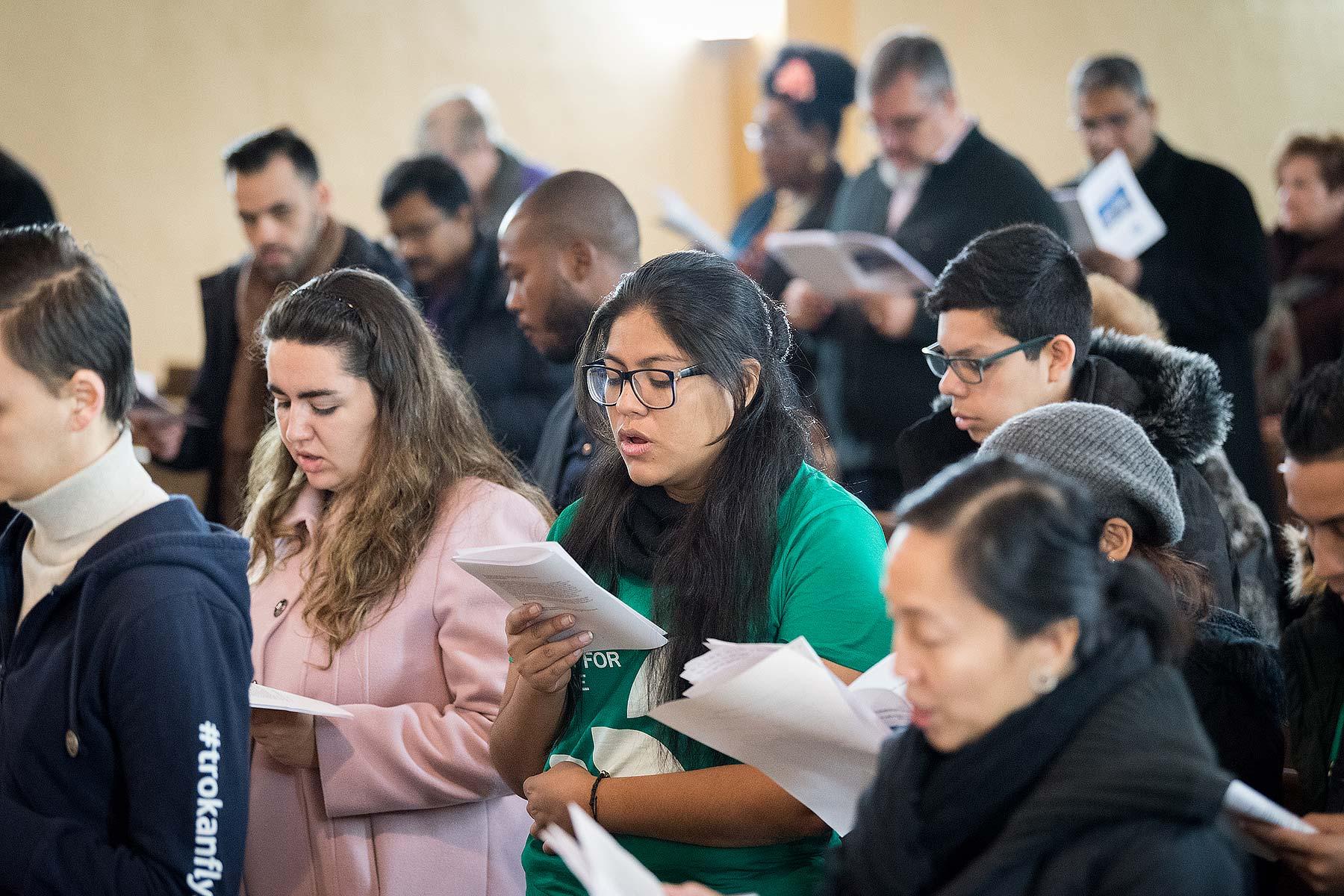 (LWI) - Christians from around the globe gathered with local congregants in the Iglesia de Jesús in central Madrid on Sunday, for an ecumenical prayer service during COP25.

As the United Nations climate meeting marked its halfway point through the annual negotiations on a global response to the climate crisis, prayers were shared by people from all walks of life, as people of faith continue to mobilize in efforts for climate justice.

Hosting the service, Rev. Alfredo Abad of the Spanish Evangelical Church lights a candle, marking the second Sunday of Advent.

“We are gathering in the time of Advent, in a time of waiting, said Rev. Alfredo Abad of the Spanish Evangelical Church as he welcomed the guests to the church. And as people of faith, we are waiting in hope.” 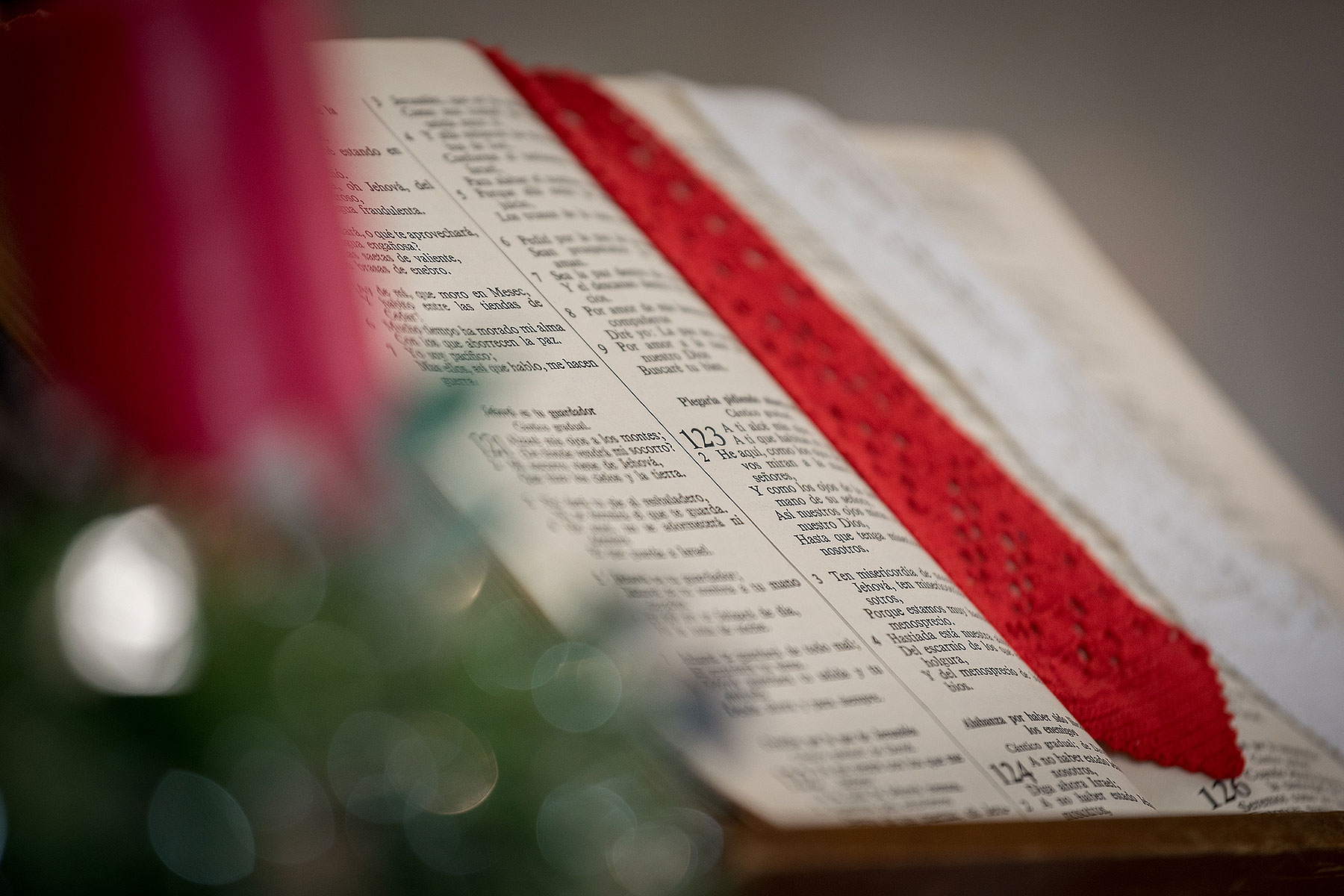 An open Bible lays on the altar in the Iglesia de Jesús.

Speaking as vice president for the Latin American region of the Lutheran World Federation, Rev. Dr Nestor Friedrich reflected on the state of climate emergency worldwide.

And while COP25 is currently taking place in Madrid, it is still considered “the Latin American COP”, taking place at a time when young people from around the world, not least in Latin America, are crying out for justice. 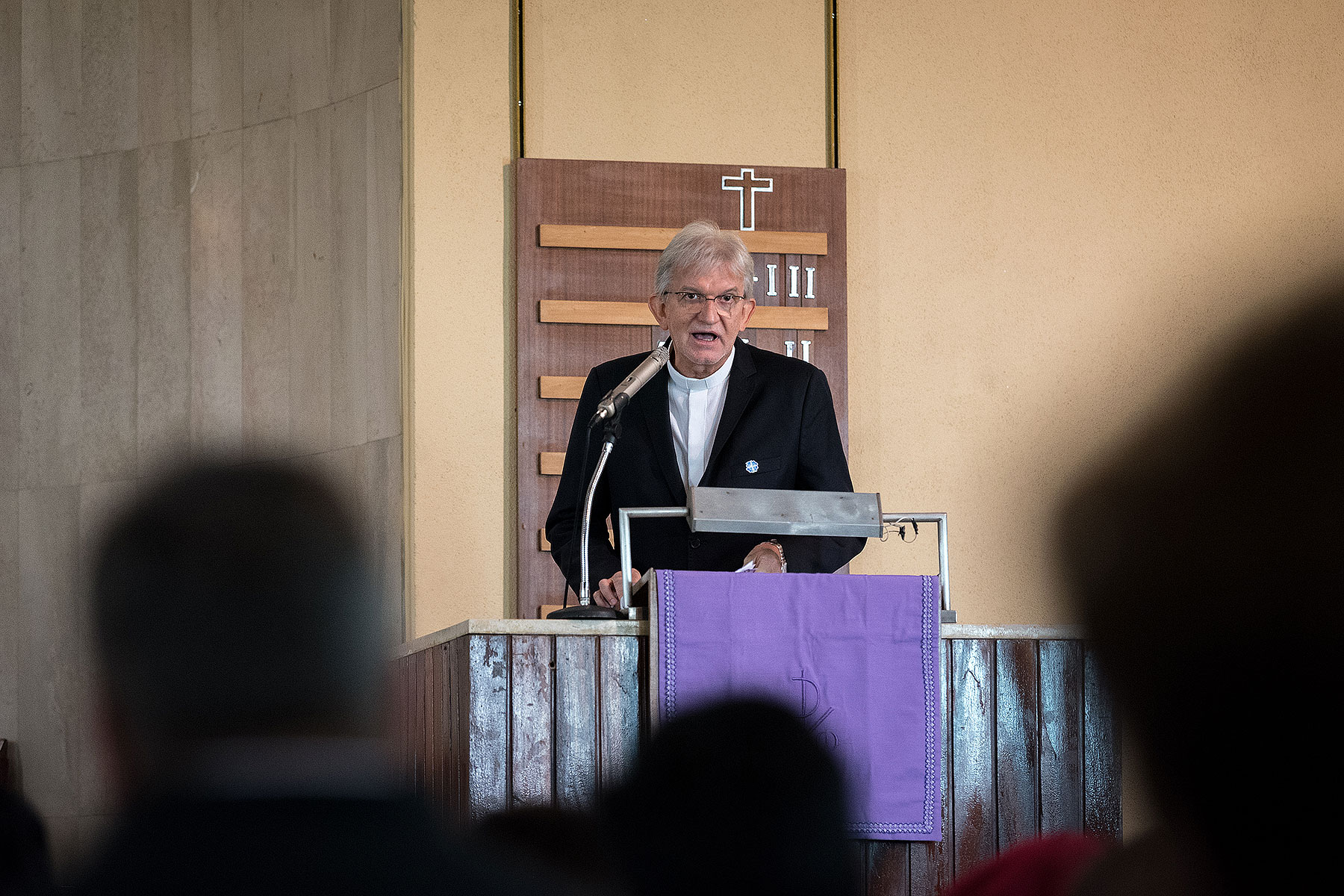 “The creation is suffering! I want to express sadness for the change of this COP25 from the Latin American to the European context! We are missing a great opportunity to reflect on the climate crisis in light of the clamour of peoples coming from the desert, from people on the streets crying out for justice, respect and dignity!” Friedrich said.

“This world of today is not the world God wants! God does not want a world marked by nationalism, fundamentalism, xenophobia, extremism, racism, and populism used to manipulate people and generate conflicts. God is never indifferent to climate change that weakens the already weakened, impoverished and scattered populations throughout our world. God opposes to the logic of the market in which everything becomes merchandise for accumulation or where everything is for sale,” the LWF Vice-President emphasized.

But, he added, “Advent wants to light hope in us. God did not abandon the world; he comes to rescue it from disgrace… We are not indifferent before the climate crisis! It commits us to God's creation that is not for sale!” 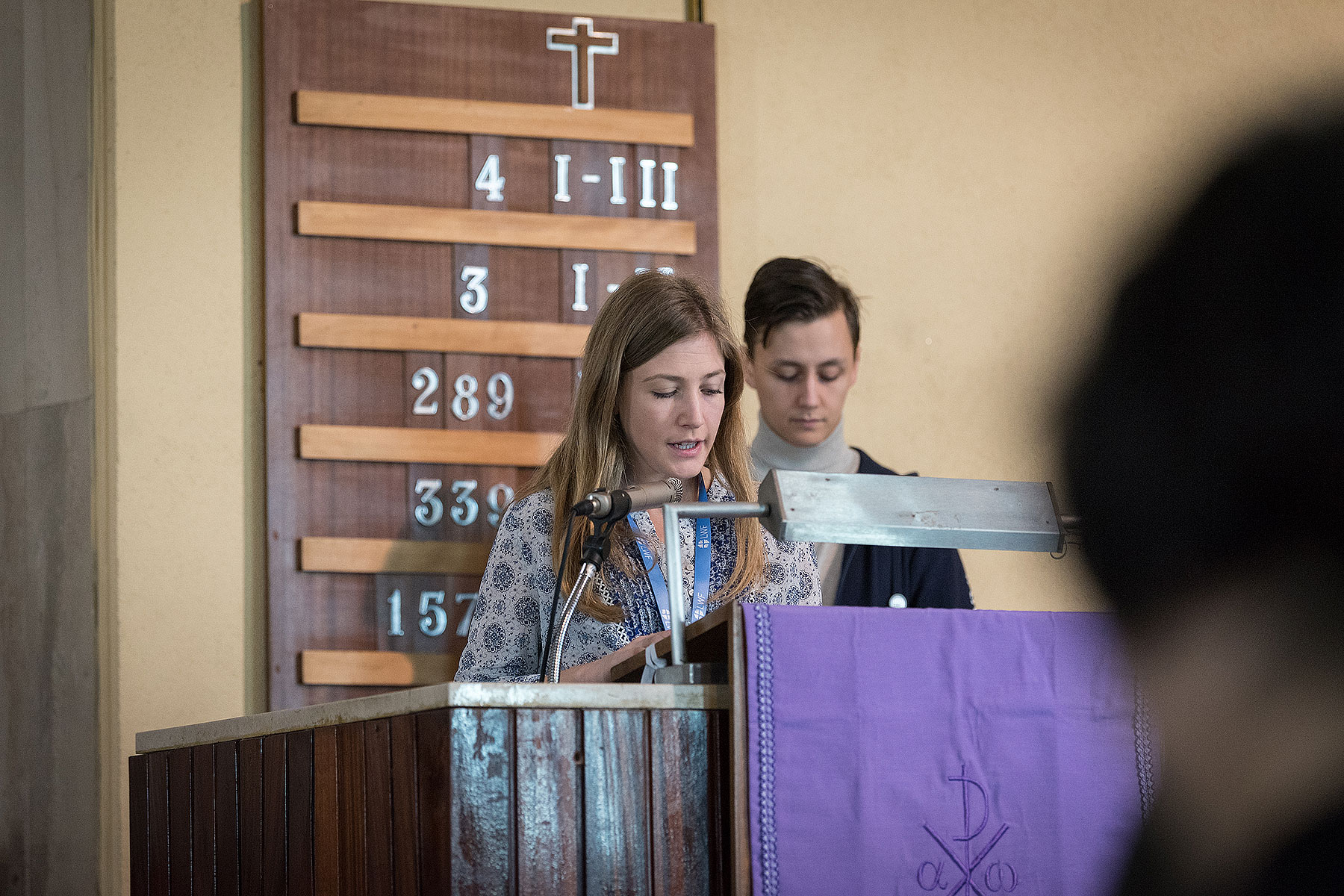 LWF delegate to COP25 Erika Rodning from the Evangelical Lutheran Church in Canada reads during the service.

Bringing word from churches in the Pacific region, Rev. James Bhagwan, general secretary of the Pacific Conference of Churches, noted that ‘we have to remind ourselves that climate change is what human beings are doing to each other. It is not made by God.”

“As we gather in Advent as children of God, it is because we are groaning with Creation, for justice, restoration, for life… As people of faith, it is our role to proclaim the word and speak love, because if we do not, then what hope is there for this world?” Bhagwan said.

Panel reflects on what climate justice means for people of faith

As prayers concluded in Iglesia de Jesús, a conversation picked up the topic of climate justice in view of Christian faith, exploring the changes that are needed to avert and mitigate the impacts of climate change.

“It is time to shift the paradigm,” said Joy Kennedy, from Canadian Fast for Climate, who spoke on the role and perspective of women in view of the current climate emergency. 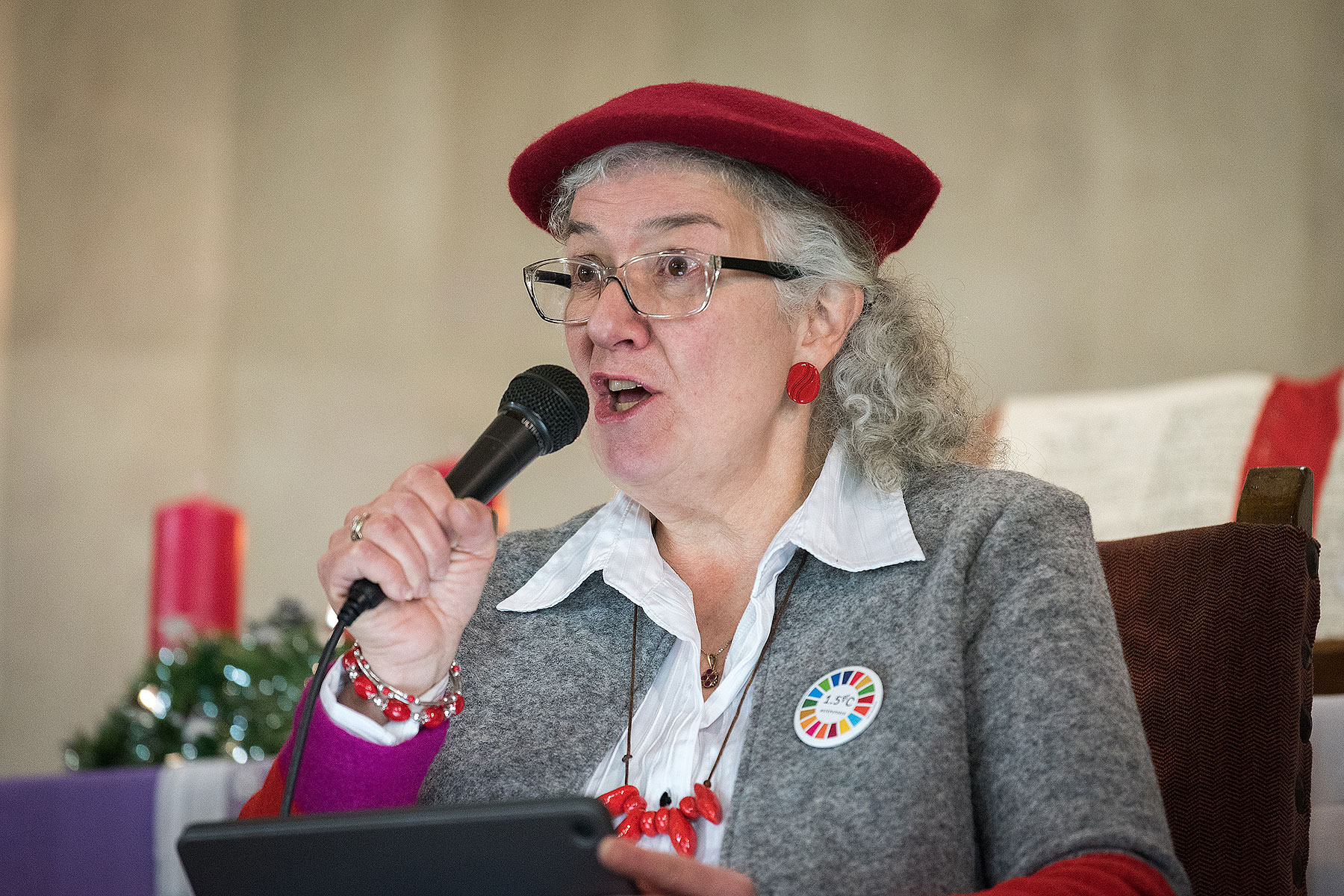 “So how do we change?” she asked. For one thing, she said, people of faith must recognize that it is sometimes unsound theologies that have led to, and continue to uphold structures that are unhelpful in responding to climate justice.

Rev. Tony Snow from the United Church of Canada brought an indigenous perspective to the conversation, noting that “the problems we have reflect a difference in world view.”

“We are fighting patriarchy, yes, but we are also facing a system built on very minute changes, on always reinforcing what we already have. Our systems were not made for major structural changes,” Snow said.

“This is our emergency, as it is humans living in this world who want to survive. If we live by the word of God, we will flourish, but if not, then we will suffer the consequences,” he concluded.

18-year-old LWF delegate to COP25 Sebastian Ignacio Muñoz Oyarzo from the Evangelical Lutheran Church in Chile stressed that climate justice is an issue of intergenerational justice.

“We must all have the opportunity to make a change, as a society, that we all unite with the same cause, because we all want to live in a fair, dignified, and clean world,” Oyarzo said. 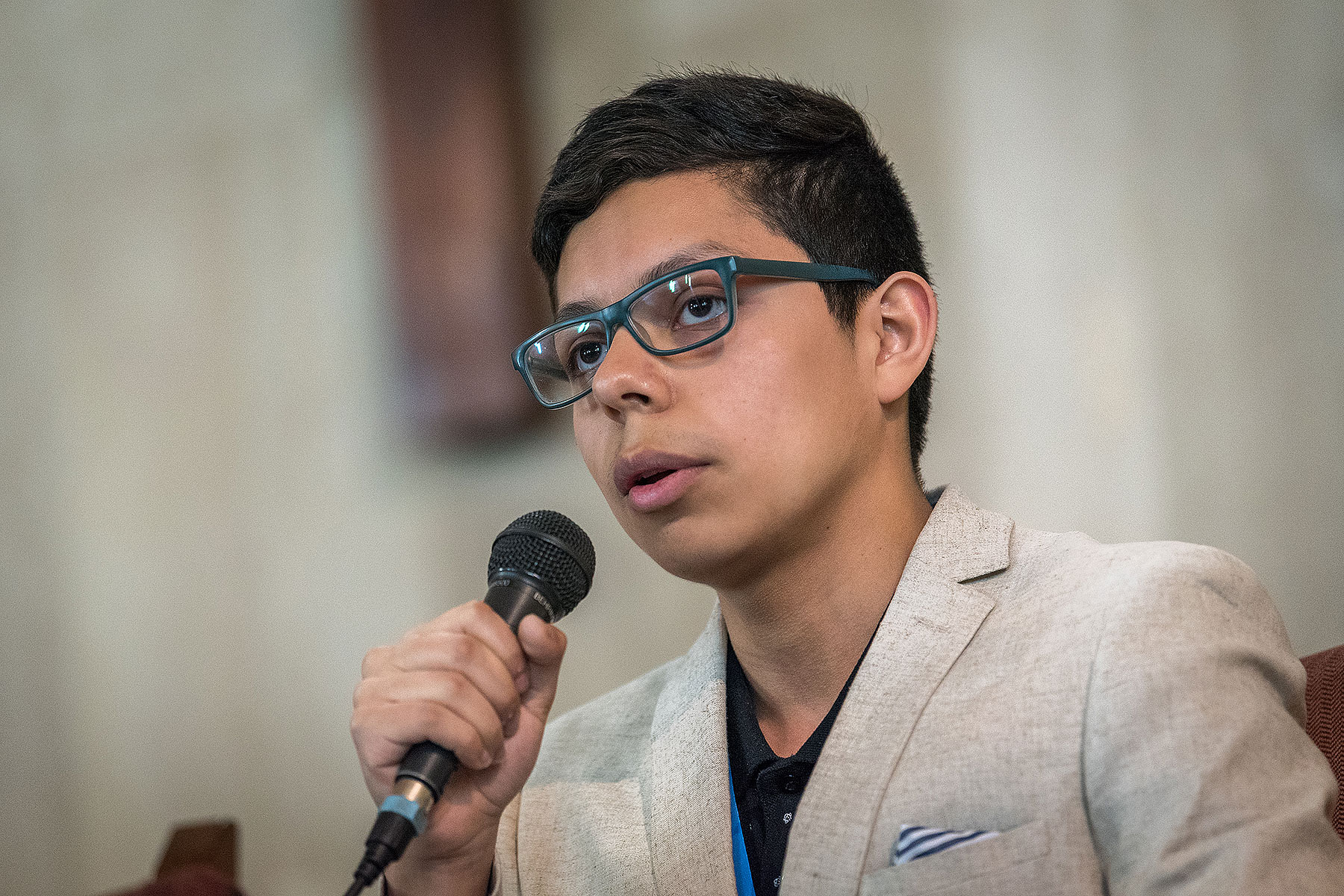 “We are in a global and climatic crisis, who knows for how many years and decades more,” asks 18-year-old Sebastian Ignacio Muñoz Oyarzo from Chile.

“I want my children to live in a quiet world, where the air of my city does not generate respiratory diseases, and where the water, which is the most important thing for a human being, is not running out because of droughts, or by simple dirt in it,” Oyarzo added.

“When we light the candles, the light begins to shine,” Kennedy reflected in conclusion. 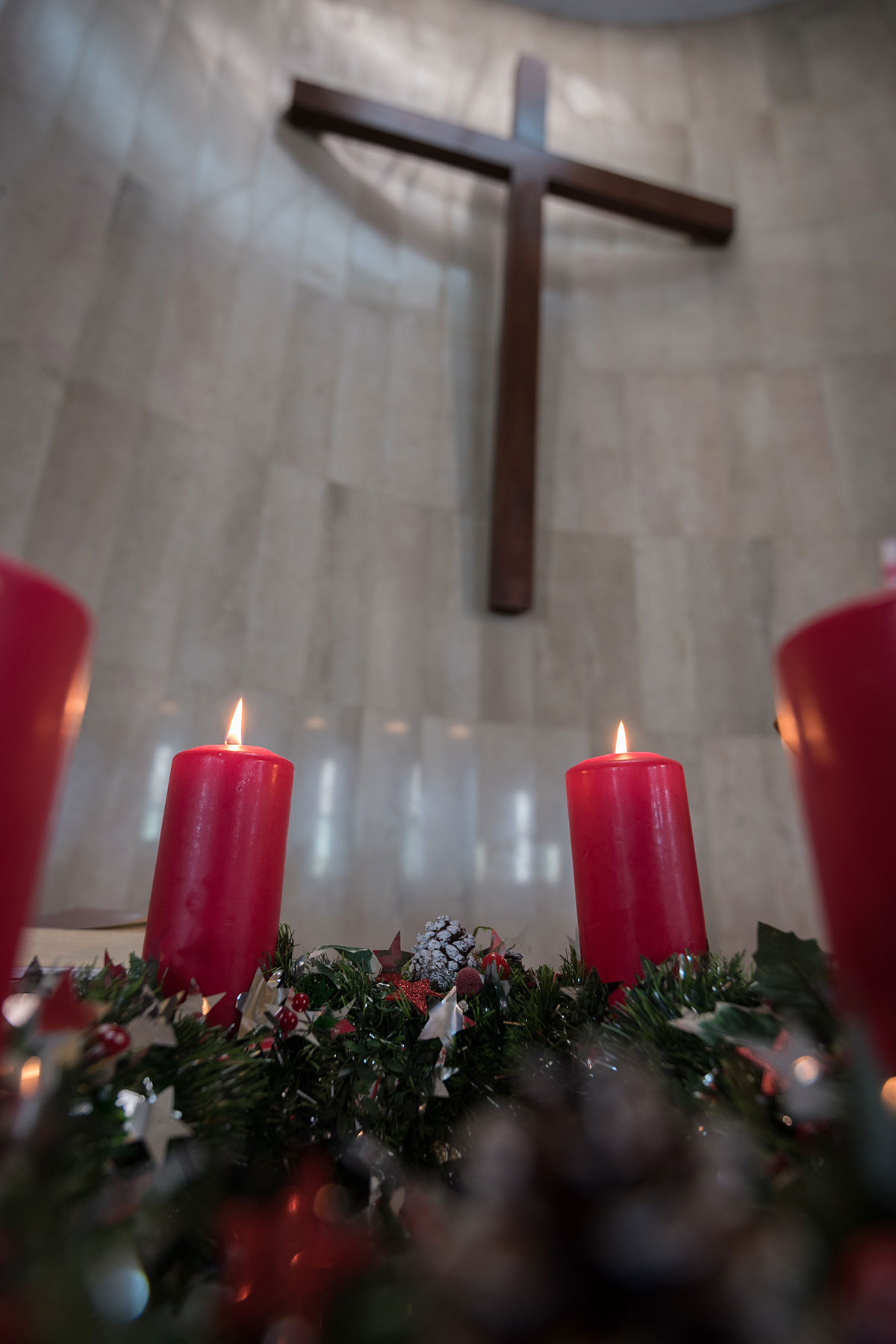 Candlelight glows on the altar table under the church’s large wooden cross.

“The light shines, revealing what used to be hidden. Advent is about revelation, so that we can see the wounds and deal with them, to bring healing to this world,” she said.

At the Ecumenical Prayer Service on 8 December, the LWF also placed on display the exhibition ‘And It Is Good’ – pairing photos of nature and creation with verses from the Bible. The exhibition was first launched in New York and Geneva in the week of the Climate Action Summit, to draw attention to the importance of biodiversity and affirm that Creation is good. The exhibition is jointly presented by ACT Alliance, The Lutheran World Federation, the World Communion of Reformed Churches, and the World Council of Churches.

The LWF participates in the United Nations climate meetings (COP) each year, as part of the communion’s ongoing focus on strengthening climate action and advocacy at all levels. As an expression of its commitment to intergenerational justice, the LWF brings to COP a group of young delegates from the communion’s member churches around the world. As young people are key agents of change, the LWF considers it essential that young people bring the voice of the communion to the critical UN talks on climate change. The LWF delegation brings forth a clear message: ’Climate justice is intergenerational justice. Creation is not for sale.’

With human rights in focus at COP25
news
test news