With human rights in focus at COP25 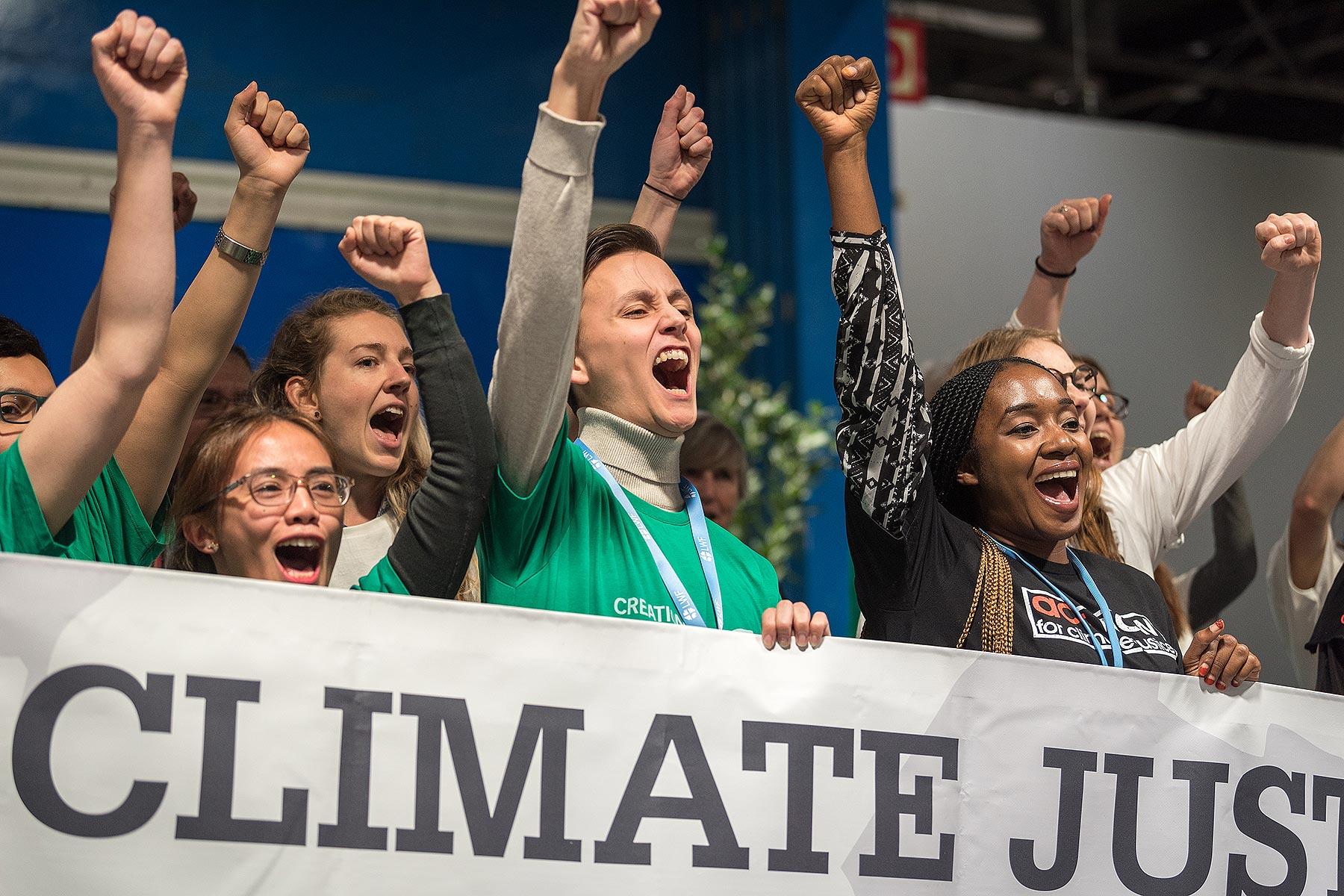 (LWI) - It’s Human Rights Day, and as negotiations at the United Nations climate meeting (COP25) in Madrid approach their most intense phase, Lutheran World Federation (LWF) delegates are zeroing in on a range of thematic blocks – each of them key to the communion’s engagement for climate justice around the world.

As the LWF brings to COP25 a delegation of young people from member churches around the world, the perspective of justice is right at the centre, proclaiming that climate justice is about intergenerational justice.

Seeing their engagement for climate action, LWF vice president for Latin America Rev. Dr Nestor Friedrich reflects, “I want to say thank you to the young people, as they are helping to change my mind. And we need to change our minds, how we look at the world, and how we are living with our lives and our values.”

“For us as LWF, we know that intergenerational justice is not only about bringing youth into the decision-making processes, but about having youth actually present at the decision-making table,” adds Pranita Biswasi, LWF secretary for youth who leads the delegation. “This is about our common home, our common home for this generation and the generations to come, which is why we are calling for gender and generational responsive climate action.”

Second week of COP: a new phase in negotiations

“Entering into the second week of COP, as LWF we are expecting stronger commitments from governments,” says Elena Cedillo, LWF Program Executive for Climate Justice. 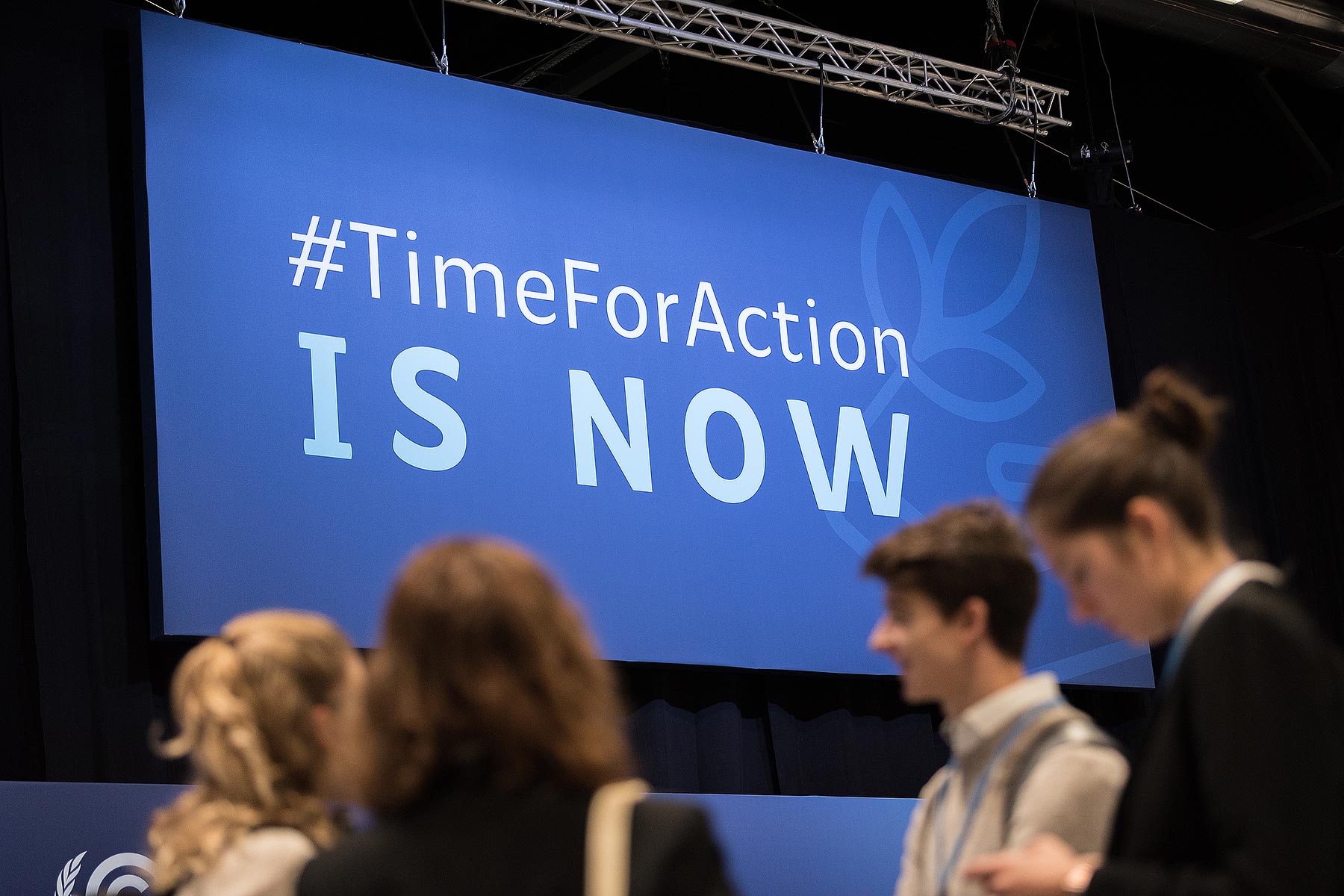 #TimeForAction is Now reads a sign at COP25, reflecting the need for urgent action to mitigate the global climate crisis.

“We expect strong commitments on loss and damage, including addressing it with new financial resources,” she adds.

As the negotiations draw closer to conclusion, the LWF delegates now focus on a variety of themes, including loss and damage, gender, human rights, and more ambitious nationally determined contributions (NDCs).

“We are asking for enhanced ambitions in the NDCs. Without raising ambition, we cannot achieve the 1.5-degree target. It is about joining together in greater action for effective change,” Biswasi notes and continues, “It was surprising to see during the first week of COP25 that the parties tried to avoid the language of human rights in the different texts and negotiations, even though human rights obligations were agreed upon already in the preamble to the Paris agreement.”

As one who follows these discussions in particular, Fernanda Zuñiga from the Lutheran Church in Chile speaks to the importance of maintaining a human rights focus as negotiations proceed.

“The most important thing we can do is to support those countries who are pushing for the links between climate justice, gender and human rights. Without reference to human rights in these negotiations, countries could suddenly take measures against climate change but which are in violation of human rights, and we risk not protecting many people who are engaged in work for climate justice,” Zuñiga says. 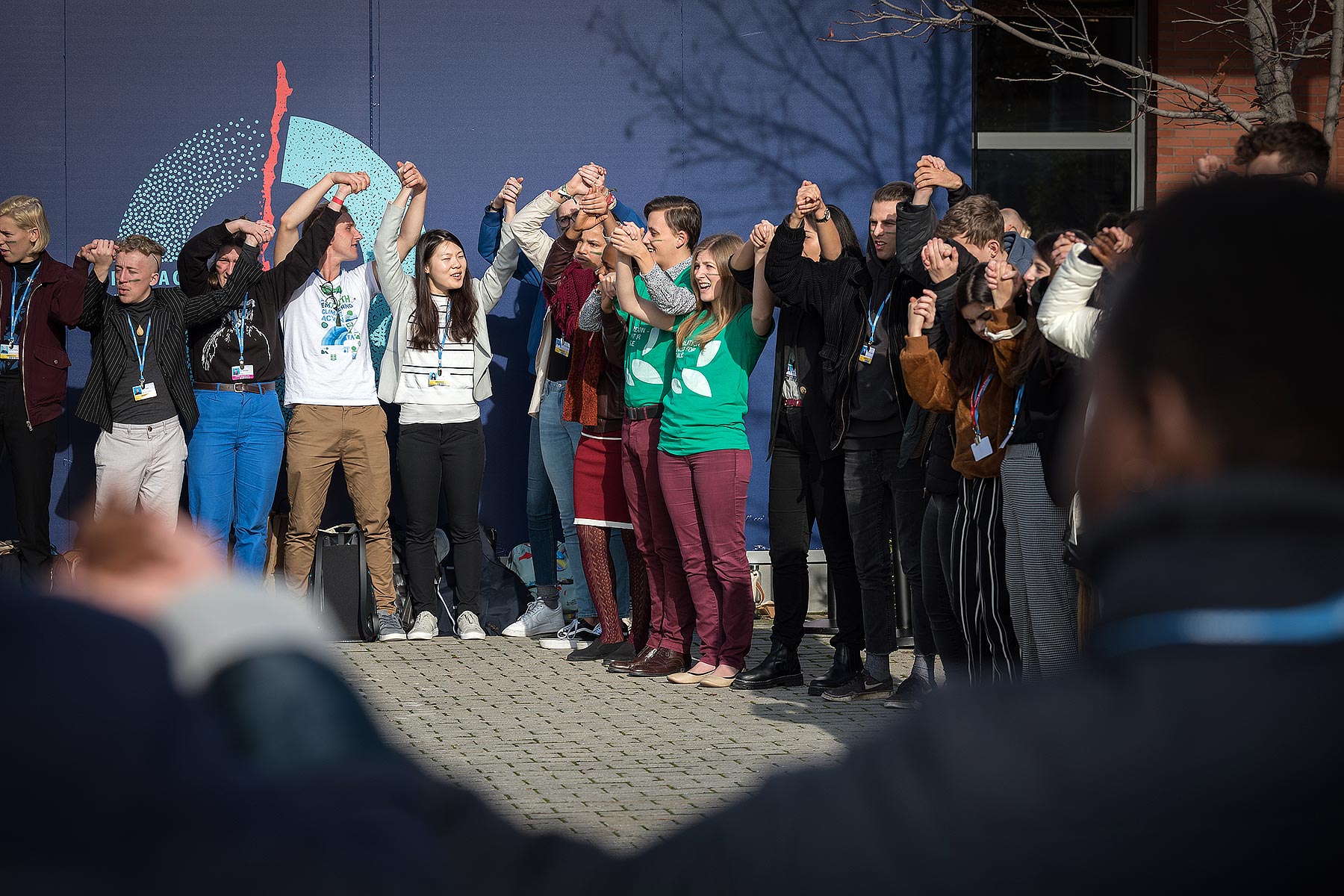 Many are the young people engaged at COP25. Here, LWF delegates Erika Rodning and Erik Bohm join Fridays for Future in forming a ‘human chain’ calling for urgent climate action, both wearing t-shirts with a message from LWF:  ‘Creation – Not for Sale’.

The role of developed countries in particular remains a crucial point for the delegates, as it boils down to a question of justice.

On loss and damage, LWF delegate from Church of Sweden Erik Bohm reflects, “we need to look at this from a developing country’s perspective, from the perspective of those most vulnerable. And as the developed countries are those who have contributed the most to causing climate change, they must take action and really fund this part of the Paris agreement.”

“In the end, this all comes down to equity,” Rodning adds, “in other words better balance in opportunities, in power, balance between genders, between the global north and the global south, and between generations.”

On Monday, religious leaders from 10 different traditions handed over an interfaith declaration to UNFCCC deputy executive secretary Ovais Sarmad, highlighting the role faith communities can play in bringing about change, particularly in view of the strong connection with people on the ground, often including those most affected by climate change across the globe. 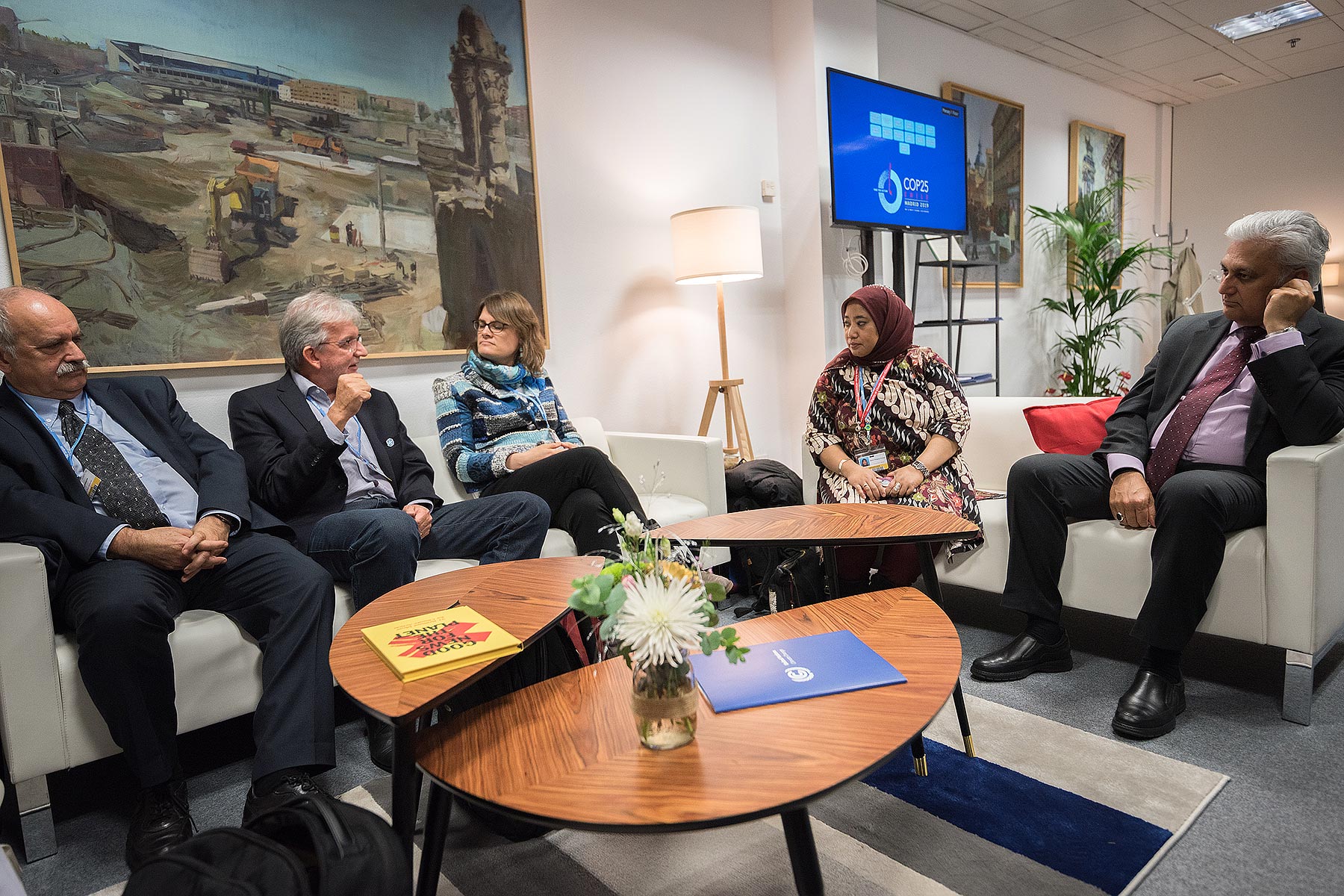 On 9 December, deputy executive secretary of the UNFCCC Ovais Sarmad (right) met with religious leaders to listen and receive an interfaith declaration prepared for COP25. Sarmad expressed appreciation for the commitment of faith communities, particularly in view of the moral aspects to be considered in responding to climate change.

“As faith communities, we should insist on dialogue as a form of resistance,” Friedrich said to Sarmad. “These days, I am becoming more and more convinced that climate change is an issue that in the end will help bring us together, for climate justice and social justice.”

Climate justice is an issue of human rights, in the access to water, to land, to health. That is why we say that Creation is not for Sale.

Cedillo concluded, “Climate justice is an issue of human rights, in the access to water, to land, to health. That is why we say as LWF that Creation, is not for Sale.”

A light to overcome darkness, for climate justice