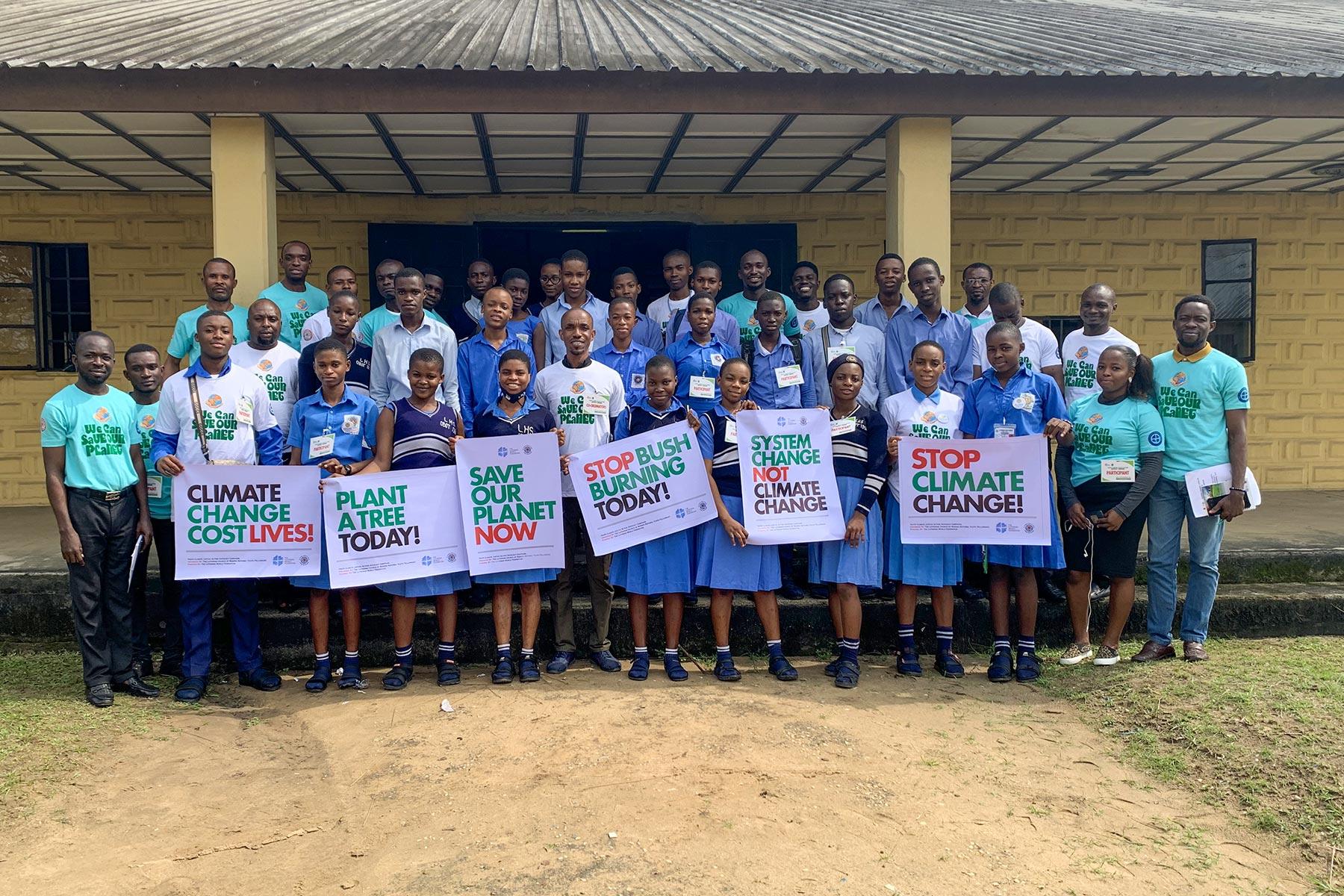 Participants of the climate sensitization seminar of the LCN youth. Photos: LCN

(LWI) – Climate justice depends on understanding how climate change affects communities and their potential involvement to bring about change. This vital insight is one of the results of a youth-led climate project in The Lutheran Church of Nigeria (LCN), which The Lutheran World Federation (LWF) supported in 2021.

“Through our climate project, we realized that the people have heard of climate change, but they do not know what it means and how they are involved,” said the church’s national youth chairperson, Nsisong Augustine, who coordinated the project.

The project aimed to raise awareness of the impact of people’s habits on the environment and work towards responsible action to reduce it. Dumping refuse in waterways is common in the Ibesikpo Asutan area. A sensitization seminar addressed refuse disposal and other ways of reducing human impact on the environment with secondary school pupils of the local Lutheran High School and other church youth.

“A mindset change is required to reduce the impact of people’s activities on the environment and – consequently – the community,” Augustine explained. “The participants testified on how it has helped them realize how important their roles are toward climate change. They also learned how they can mitigate climate change.”

After the seminar, participants took to the streets with a climate rally. They held placards, distributed stickers, and advocated to “save our planet.” 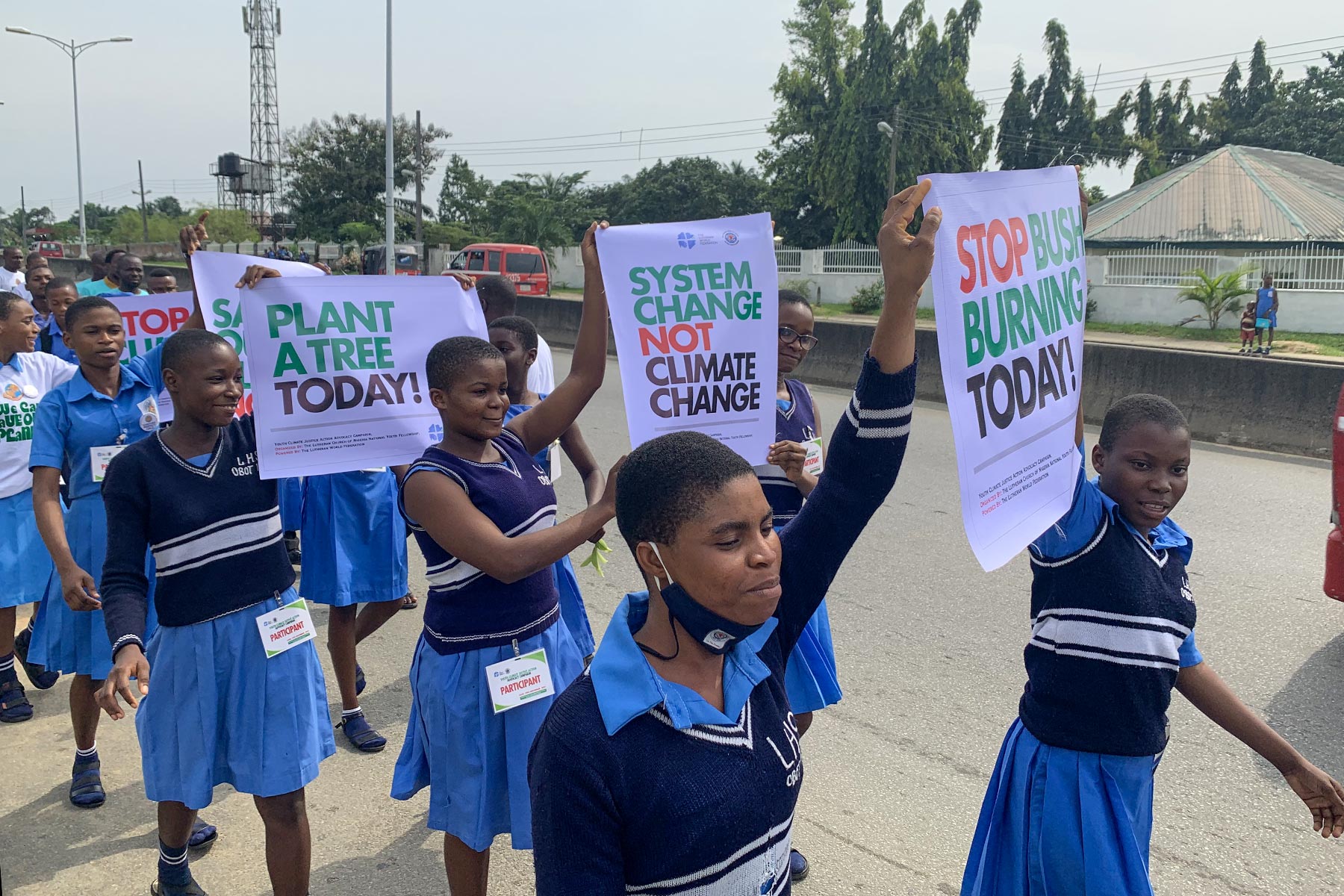 Youth advocating for climate justice with a street rally.

“The street rally was impactful as market women, passersby, and motorists saw our placards and received stickers informing them about climate change and the part they can play to ‘save our planet’,” Augustine said. “The rally drew a lot of attention from people in the area. They were asking questions and attaching the stickers to their doors, shops, and stalls as soon as they got them.”

Another aspect of the youth climate project of the LCN was mitigating the effects of erosion in the area by planting trees in erosion-prone spots. “We planted teak, Malina, pine, masquerade, and three-step trees,” said Augustine. “Now, we need to take care of them so that they can grow and keep the soil in place.” 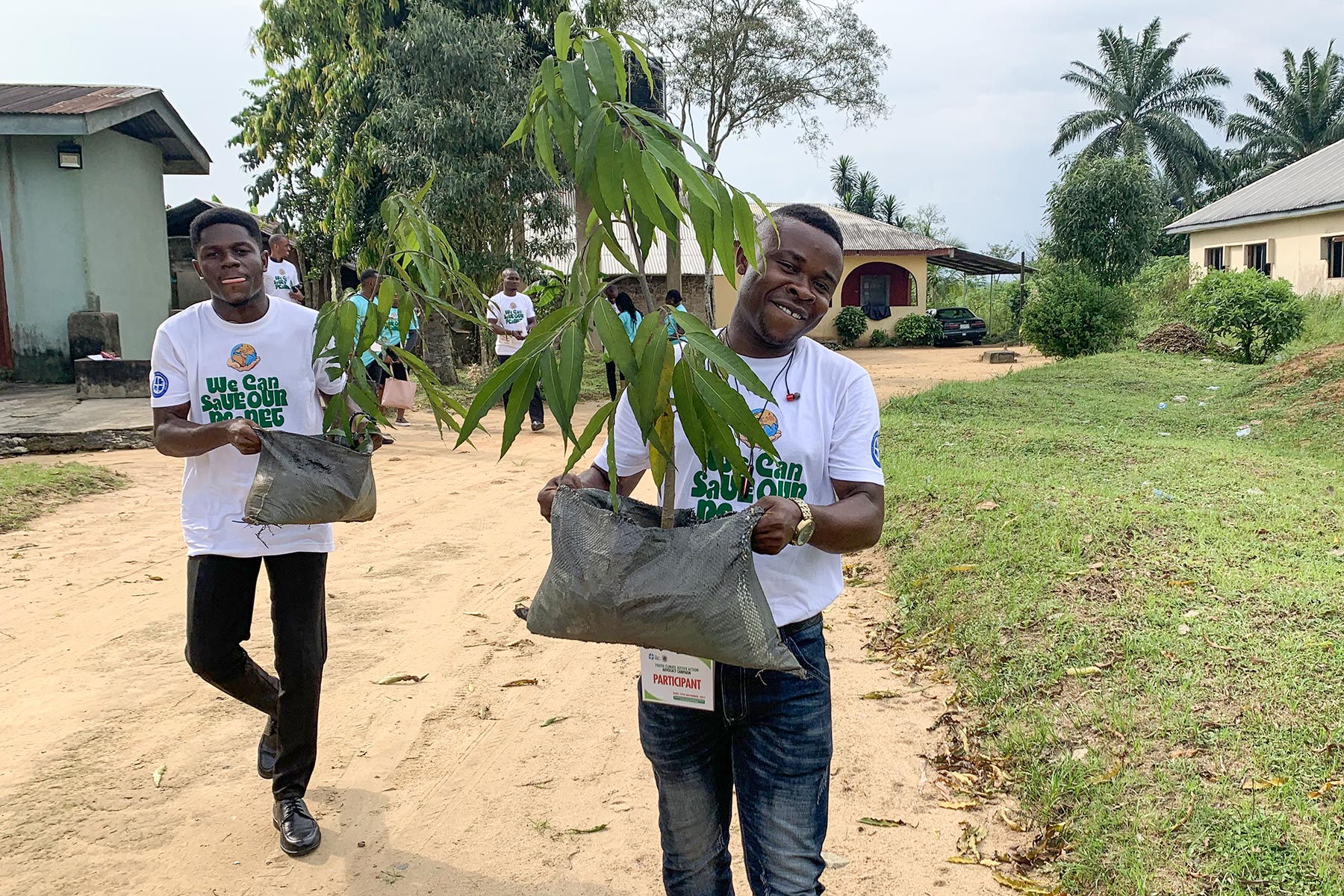 Looking back at the project achievements, Augustine encourages other churches and their youth to initiate such climate projects “because they will create awareness of the effect of climate change on the environment and possible control measures. In addition, it will allow the youths, the school children, and the community to become aware of the dangers of climate change and involve them in advocacy campaigns.”

The Most Rev. Christian Ekong from the LCN’s Office of the Archbishop also supports these efforts. “There is indeed a need for our youths to be fully involved in climate justice action,” he said. “Improving the climate in the future depends on what we do today.”

In 2022, the LWF once again calls for the submission of proposals for small-scale climate justice projects led by youth. Projects can be supported with up to 2,000 euros and can be submitted until 8 May.

“These projects show the creativity and innovation of young people,” said Elena Cedillo, LWF’s Program Executive for Climate Justice. “Through this engagement and the funds provided many other people of all generations are motivated to climate action.”