“Blue flowers” in the desert 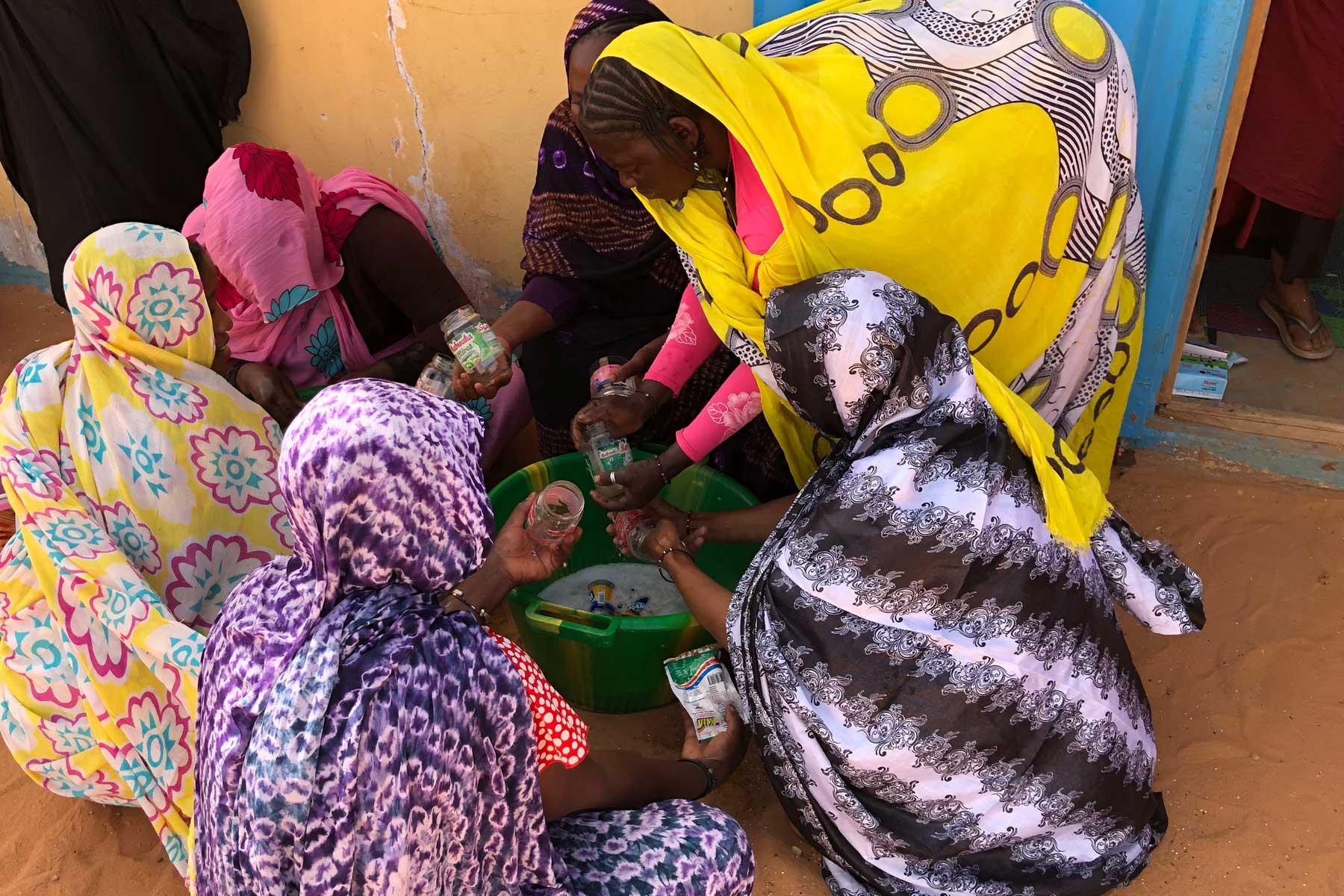 The moment the plane of UN Humanitarian Air Services (UNHAS) landed in Bassikounou — a once sleepy Mauritanian outpost deep into the Sahara — the scent of hot sand hits my nostrils. Having grown up in the desert, I instantly recognized the smell of home.

Home is what the nearby Mbera refugee camp is now to Noor (Name changed). She fled there with her four children five years ago. Short and feisty, Noor reminds me of my Sicilian grandmother, except that she is only 41.

We met at a Lutheran World Federation (LWF) workshop on how to make vegetable preserve. Stocking fresh food is a challenge in the scorching heat of the desert. Noor pointed at Pape, the local LWF livelihoods manager, whose team was busy running this training on food conservation. “He was here when we first came in; he gave us our tent, our home.” Indeed, Pape and other dedicated LWF employees were there to lend a helping hand to Noor and thousands of others as they fled civil war in Mali. Many arrived to Mbera scared, tired and malnourished. Noor calls the LWF staff the “people of the blue flower”, because of the blue LWF logo, which is in the shape of the  Luther rose.

Tucked in Mauritania’s far South East Corner, between the Sahel drylands and the Sahara desert, this camp is now home to over 53,000 persons. Only four cities in this country surpass Mbera in terms of population. Eking out a living here can be tough for the locals’ traditional pastoralist lifestyles, as grazing grounds are limited. To make matters worse, climate change has affected rainfall, which has further reduced the ecosystem’s carrying capacity. Despite these challenges, the Mauritanian Government has been exemplary in extending all refugees a warm welcome.

LWF manages Mbera camp on behalf of UNCHR, the UN refugee agency. Together, these two organizations look after the refugees’ basic needs, and facilitate the work of other NGOs providing essential services, such as water, sanitation, and education.

During their displacement, LWF helps refugees find ways to become more self-sustaining, producing their own food and generating revenues to cater for their families’ needs. “At the end of the day, it’s all about dignity” says Emmanuel Uwurkundo, the UNCHR Head for Bassikounou.

LWF’s support extends to the host communities as well. The area around Bassikounou was already struggling with poverty and desertification of the area well before the refugees’ arrival, which put unprecedented pressure on their fragile environment. With the support of the US Government and Lutheran World Relief, LWF helps both locals and refugees find alternative sources of income, for example through innovative sun-powered boreholes which fetch water for cattle and small-scale horticulture.

Noor would love to go back to her village in Mali one day. For now, she feels fortunate to be able to live in peace. “When there is no peace, you have nothing” she said, as she presented me with a small jar of pickled cucumbers she had just made. Despite the hardship, the generosity of the refugees and their hosts is high.

As the plane took off from what is now a bustling little town, the taste of sand slowly faded away. The courage and generosity of people like Noor, Pape and Emmanuel however will stay in my memory. They are a source of inspiration, as are the women and the men that make up the local team of the “blue flower”, serving day in and day out in one of the world’s harshest environments. These flowers make the desert seem less hostile and help bring dignity to those living there.

LWF Mauritania works with local partners, such as the Mauritanian Red Crescent. Activities in this country focus on a three-pronged strategy of fostering, disaster risk reduction and preparedness; sustainable livelihoods; and community-led action for justice and peace.

More on the WS work in Mauritania

Opportunities for the future
blog

Peace is a shot on goal
blog