Supporting women and girls in the struggle to end violence 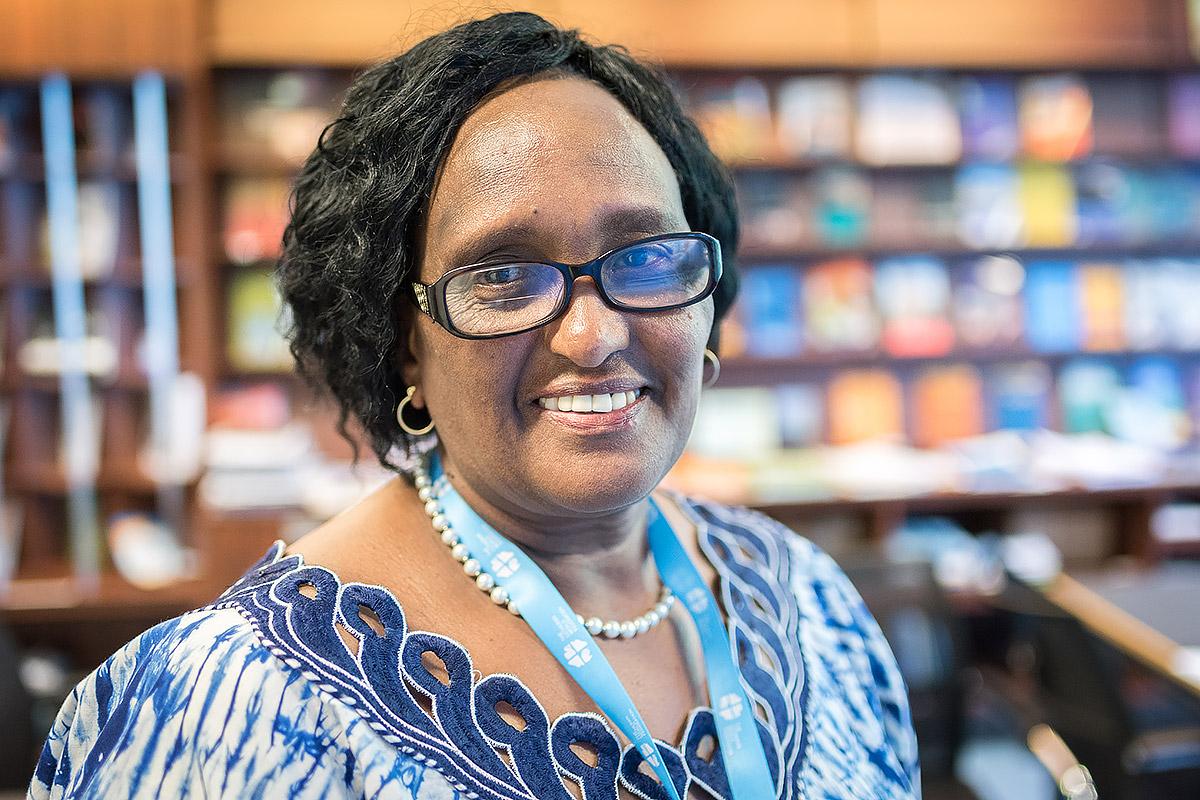 In Voices from the Communion, LoeRose Mbise of the Evangelical Lutheran Church in Tanzania says education and awareness-raising are critical if violence against women and girls is to be tackled. Photo: LWF/Albin Hillert

(LWI) - A new three-year gender justice program is the latest effort by the Evangelical Lutheran Church in Tanzania (ELCT) to tackle violence against women and girls, who are offered little protection by the law.

In a video interview for Voices from the Communion, Lutheran World Federation (LWF) Council member LoeRose Mbise, who works as general secretary of a diocese of the church, talks about the distressing effect of child marriage and outlines ways in which the church brings hope to women and girls. The church’s new three-year gender justice program will create a platform for dialogue on a range of gender justice issues.

The lives of women and girls in some communities are blighted by domestic and sexual violence, child marriage, female genital mutilation early motherhood and lack of education, she says. Domestic violence includes denying women ownership of family assets.

Traditional and cultural practices erode their dignity, create health problems, such as fistula, and deny women and girls opportunities. Lack of education for girls beyond secondary level keeps them in a state of vulnerability.

Mbise gave the example of a girl the church helped who was forced out of school to marry an elderly man as a gift from her father. “She was married off and we had to go and take her out of that situation, involving police and take her back to school. It wasn’t easy because that for them means you are cutting ties of that girl from her family.”

The law offers little protection and in some cases, paves the way for abuse. The Marriage Act still sanctions the marriage of girls under 18 and is silent on wife beating, both of which are highly prevalent cultural practices. The Penal Code does not criminalize marital rape or contain specific provisions for gender-based violence. Female genital mutilation is narrowly covered and is left out for women over 18. The Law of the Child Act does not state the legal age of marriage or prohibit child marriage and betrothal.

The church is not letting these issues fall by the wayside. With the Christian Council in Tanzania and other organizations, the ELCT is working to change laws that promote child marriage, Mbise says.

It builds girls-only schools and low-cost houses for single mothers, and provides rehabilitation for women with fistula in church health facilities. Pastors have personally housed girls who have fled the prospect of female genital mutilation, have helped restore family relations and have rescued women beaten at the hands of their husbands.

The church wants to change commonly-held attitudes and motivate women and girls to stand up to violence.

It runs a school that specifically caters for girls who belong to families of herders and nomadic people. Their education is paid. The girls get scholarships and many have gone on to secure good education at tertiary level. In turn, they have taken their education back to their villages and towns.

“It helps a lot if people from that same community voice the problem and try to address it, especially when women have no voice at all and their opinion does not count. It is only men. If we have girls who are fortunate enough to go through education, they help the community,” she said.

The church’s new three-year gender justice program aims to ensure women, men and young people know about gender justice in order to identify challenges and provide solutions. “Knowledge and information always bring change. The church believes that positive steps will be achieved by the end of the program,” Mbise says. “The church wants to change commonly-held attitudes and motivate women and girls to stand up to violence.”

At Masters level, the church’s university, Tumaini Univeristy-Makumira, offers a degree in theology, gender and health, in response to the need for broader education on the rights of women.

ELCT has also adopted the Kiswahili version of the LWF guide, Churches Say no to Violence against Women, which is used in parishes. “Every year in the church calendar, one Sunday is dedicated to create a platform where in all parishes sermons on violence are preached. The theological stance of the church is that violence is sin.”

Promisingly, the situation of women and girls has changed in the recent years and these problems are declining. As education opportunities improve for girls and women in Tanzania, ultimately the challenges will be fewer and fewer, she said.

As women and girls continue to have voice and agency, especially on matters that have been like a taboo for long time, such as education around sexuality and reproductive health, we are seeing changes.

“As women and girls continue to have voice and agency, especially on matters that have been like a taboo for long time, such as education around sexuality and reproductive health, we are seeing changes.”

“God is present and suffering with the people”
news