“God is present and suffering with the people” 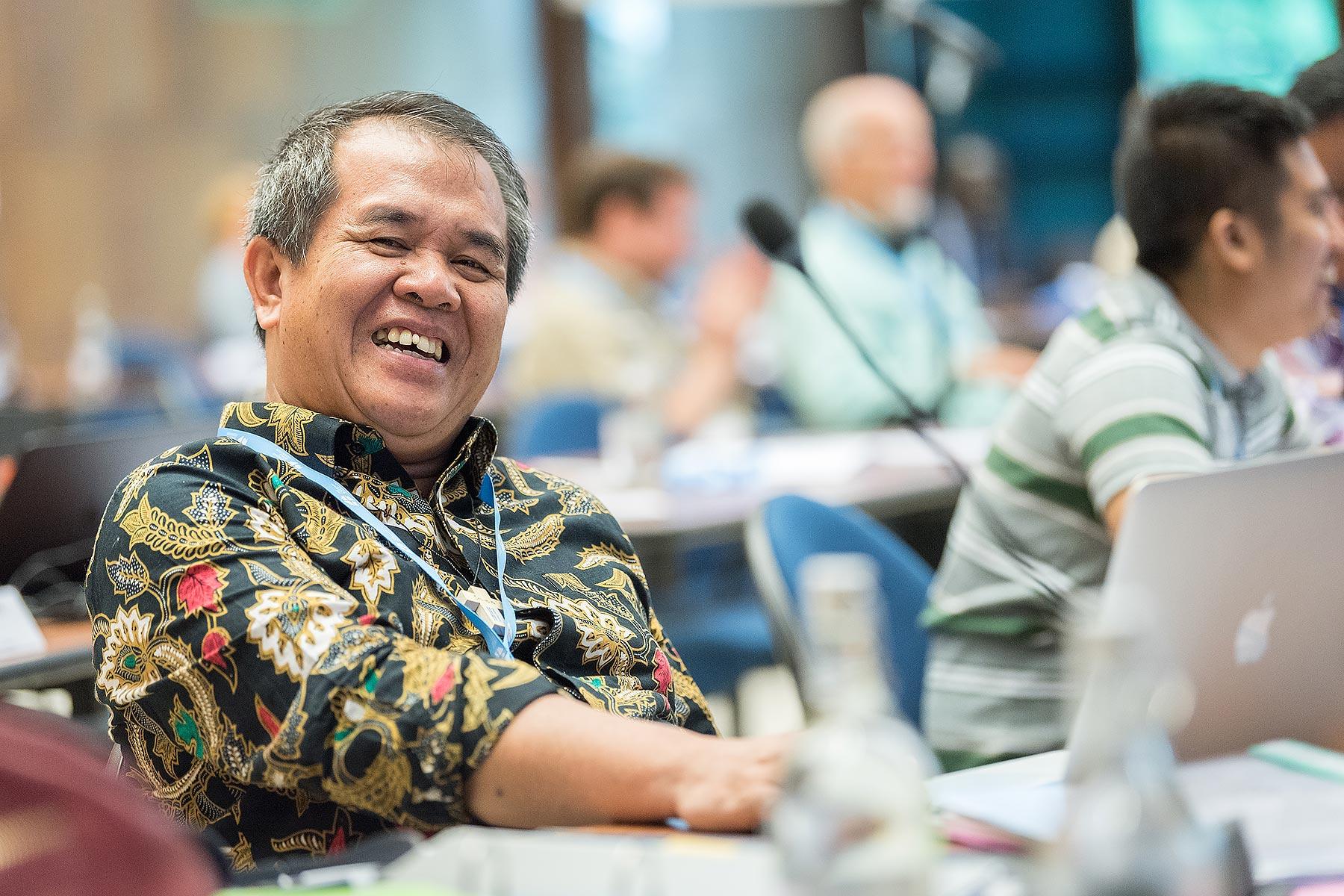 Bishop Telaumbanua describes some of the social and environmental concerns facing The Protestant Christian Church, in Indonesia.

What are the issues in your church?

Ninety-five percent of the Niasan people in the far west of the country are Christian. A small percentage are Muslim. In my church, there are 502,000 members, including 16 congregations in Sumatra and Java.

In 2004, Indonesia, particularly Aceh and Nias, were hit by earthquakes and tsunamis, killing 250,000 people, most in Aceh but also 2,000 people in Nias, including people from my church. A year later, an earthquake hit Nias and 70 percent of the infrastructure, church buildings and houses were destroyed. Conditions were very dangerous but we recovered, thanks to government programs supported by international NGOs. However, we continue to suffer psychologically from the trauma. Our recovery is weak because we live in a poor area, on a small island far from Medan or Sumatra.

What do the people in your church live on?

More than 60 percent of our people are traditional farmers. They harvest coconut, cocoa, rubber and rice.

Indonesia has a lot of natural disasters – earthquakes, tsunamis, volcanoes. How does it affect the faith of the people? How do you deal with that in terms of pastoral care?

After the 2005 earthquake, people re-built their houses and churches using earthquake and tsunami-proof construction methods. We have to remind our members that catastrophes often happen therefore they have to prepare themselves.

Many charismatic churches say such disasters happen because people have sinned. In my church, that’s not the theological teaching. The important thing is to learn how to accept the reality and re-build our lives. A lot of the programs in my church support the children hit by the trauma of these disasters. The congregations support children whose parents have passed away.

In September, an earthquake and tsunami struck Palu, Sigi and Donggala, killing 2,000 people and destroying thousands of buildings. In the midst of disaster, God is present and suffering with the people. God works to alleviate their burdens and lifts them from suffering. Churches in Indonesia pray and express solidarity by raising funds to help those who suffer.

In June, there was a church bombing in Surabaya. There are tensions on the mainland between Christians and Muslims. Indonesia is a predominantly Muslim state. How does your church deal with inter-religious tension?

In Nias we have not experienced that kind of tension. I am the vice-chairperson of the Communion of Churches in Indonesia (CCI). Christians have four big problems in Indonesia: poverty, injustice, radicalism and extremism, and the environment. Last month, there were bombings in three churches in Surabaya, East Java. The CCI invited churches to meet with government anti-terrorism agencies. The CCI agreed that the tension is not between Christians and Muslims but between small groups with different understandings of their religions. We have very strong communication and cooperation with the big Muslim organizations in Indonesia. We support the government’s anti-terrorist efforts, but urge it not to forget human rights.

Which parts of the LWF strategy are most relevant for your church?

The LWF Assembly last year was rooted in the theme, “Liberated by God’s Grace.” This vision is very important for my church. But the next task is how to implement it. How do we connect with each other, share with each other, help each other – to strengthen the communion?

Witnessing through dialogue, education and women’s empowerment in the Holy Land
news
ttttt