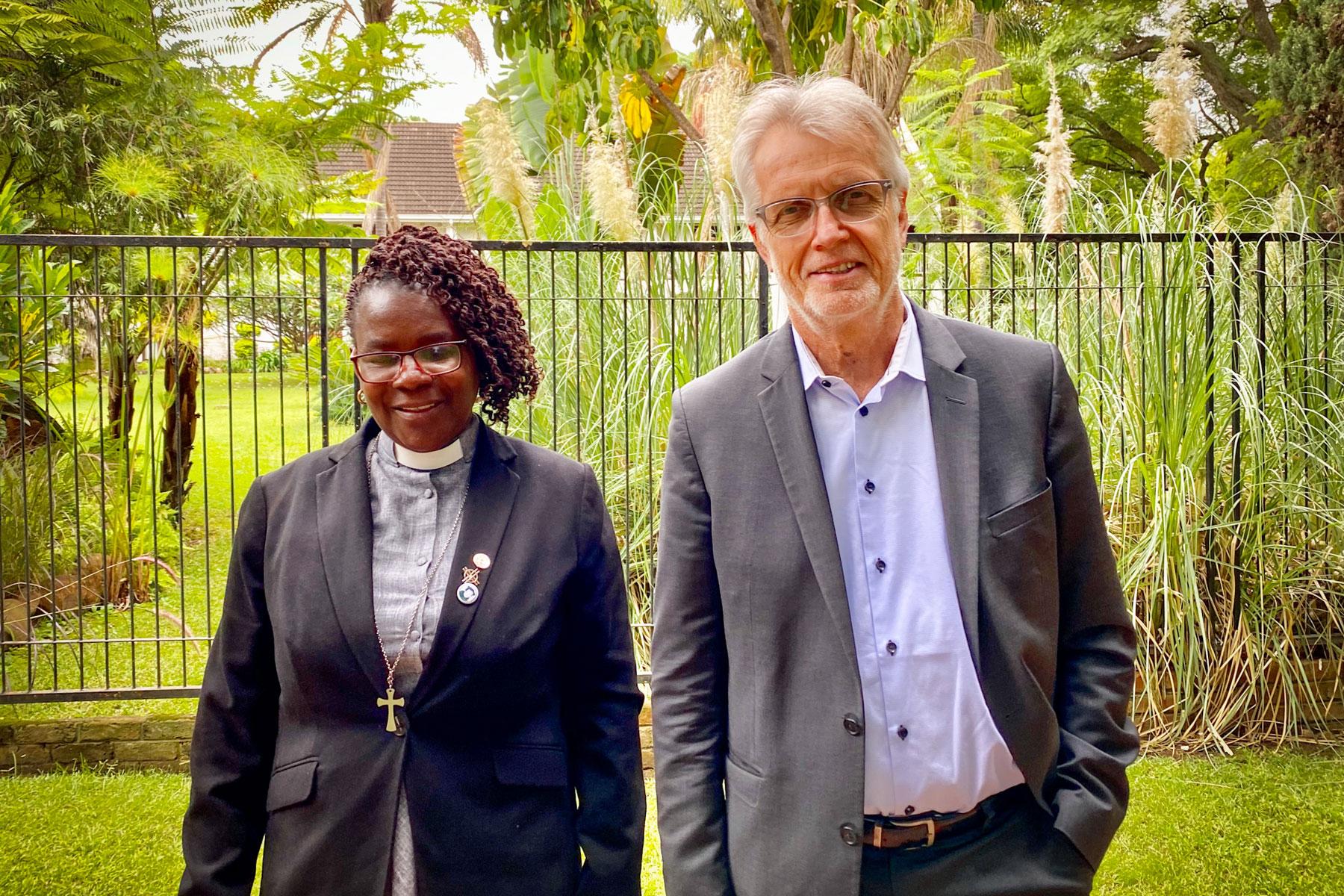 Gender Justice is âa matter of life or deathâ, so both men and women must work together âto break the silenceâ about gender-based violence and commit to work toward gender justice. Rev Elitha Moyo, Evangelical Lutheran Church in Zimbabwe and Rev. Dr Martin Junge, General Secretary of the Lutheran World Federation. Photo: LWF/A. Danielsson

(LWI) - Gender Justice is “a matter of life or death”, so both men and women must work together “to break the silence” about gender-based violence and commit to work toward gender justice. In a message for International Women’s Day, celebrated in countries around the world on 8 March, Lutheran leaders say churches must continue to raise awareness, promote action and demand accountability from all their members around this crucial issue.

Speaking at the conclusion of a visit to Zimbabwe, Lutheran World Federation (LWF) General Secretary, Rev. Dr Martin Junge and Rev. Elitha Moyo, Gender Justice coordinator for the Evangelical Lutheran Church in Zimbabwe (ELCZ) underlined the urgency of this work by recalling the recent murder of a women’s rights activist in Madagascar. The 63-year-old theologian, Ms Hélène Ralivao, was assaulted and killed after she left a church on 23 February.

Gender Justice is not a ‘women’s issue’

Calling on all Christians to break the silence, Junge said: “I want to see, and hope and pledge from my end, a much stronger participation of men in the quest for gender justice. This is not a women’s issue, this is an issue of men and women working together so that relationships are just, and that both men and women can flourish in their full potential and dignity that God has given them.”

We will continue with our struggle for gender justice in the church and in the community.

Paying tribute to the murdered mother and grandmother, Moyo said: “We will continue with our struggle for [….] gender justice in the church and in the community.” She noted that her own church has been working hard with pastors, with village chiefs and with school children to break the silence around gender-based violence.

The ELCZ was the first institution in Zimbabwe to set up a gender justice desk and has established partnerships with government, the police, the legal profession, community leaders and other organizations to stop violence against women.

Supporting grass-roots movements, women’s human rights activists, and encouraging men to be more involved in gender equality work was also the focus of a meeting organized by the LWF in Geneva ahead of International Women’s Day. LWF staff and members of other organizations met at the Ecumenical Center for a discussion with a gender specialist from the UN Office of the High Commission for Human Rights.

Highlighting ways of countering the current global pushback against women’s human rights, the discussion underscored the importance of education to challenge patriarchal attitudes and gender stereotypes which breed discrimination and violence.

Vital to raise awareness, call to action, and ensure accountability

Across the globe it was noted that grass-roots groups of women activists have played a vital role in challenging patriarchy, racism, fundamentalism, oppression and human rights abuses. While culture and religion have often been used to restrict women’s human rights, the discussion highlighted that faith groups can draw on shared values between religions and human rights to support human rights defenders and provide safe spaces for conversation around gender justice.

A quarter of a century on from the U.N. Fourth World Conference on Women in Beijing, it is vital to recreate the momentum of integrating a gender perspective into all aspects of legislation, policy and programs at national and international levels, remarked Rev. Judith VanOsdol, LWF Program Executive for Gender Justice and Women’s Empowerment.

“We need to ask why there has not been another World Conference on Women for 25 years; to analyze and understand the global push-back on women’s human rights and gender justice will help us to formulate a strategy for moving forward” said the LWF Program Executive. “This will empower us to raise awareness, call to action, and ensure accountability that will benefit and transform couples, family relationships, churches and society.” 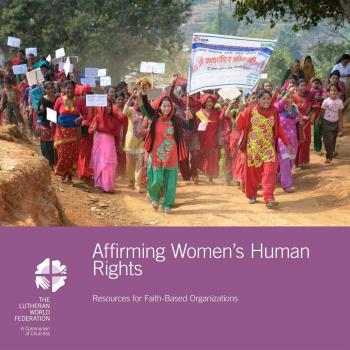 The articles that compose this publication come from presentations at the Women’s Human Rights Advocacy Training for Faith-Based Organizations and articulate both the religious aspect, theology ...

Department for Theology, Mission and Justice
Download as PDF 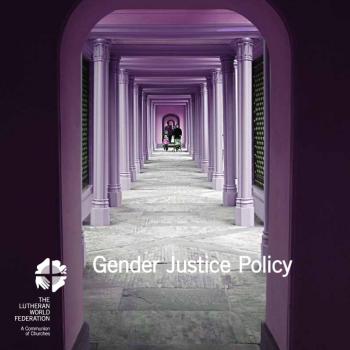 A biblically-rooted framework for the Lutheran global communion of churches to take concrete steps to implement the policy...

Department for Theology and Public Witness (until 2019)
Download as PDF 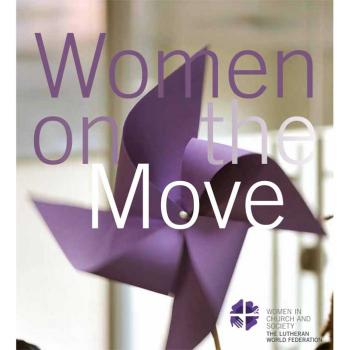 Women on the Move

This publication is for both, men and women, who have been touched by Faith, kissed awake by hope and transformed by love.

Department for Theology and Public Witness (until 2019)
Download as PDF 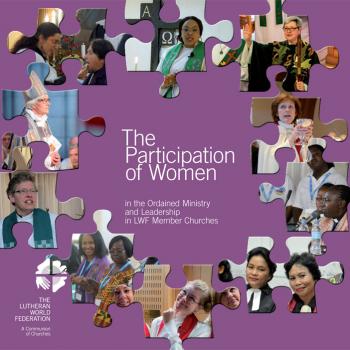 A baseline assessment among LWF member churches carried in 2016 on the proportion of women in decision-making positions...