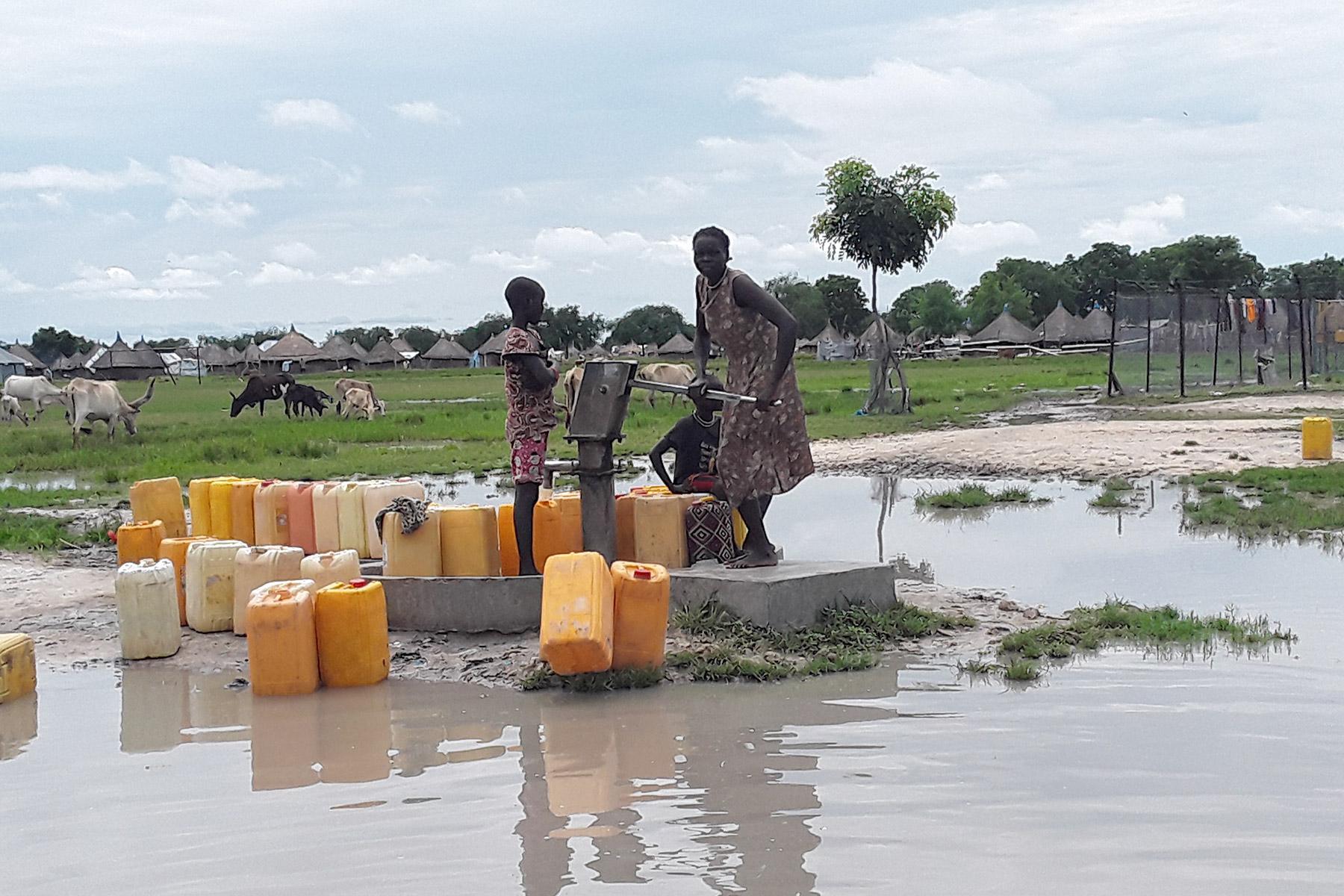 Women at a hand pump in Panyagor. The extremely poor sanitation conditions are exposing people to waterborne diseases at a time when they are also battling COVID-19 . All photos: LWF/ B. Germamo

(LWI) - The Lutheran World Federation (LWF) is urgently calling for support to people affected by the flooding in South Sudan. Unusually heavy rains have caused the Nile to rise and created flood emergencies all along the river and the adjacent flood plains in Jonglei State. Now, LWF staff and the local communities have joined hands to protect villages threatened by raging floods near Panyagor (Mabior) town. LWF has an office and staff compound in Panyagor, from where it supports humanitarian and livelihood rebuilding efforts benefiting more than 150,000 residents.

“Farms and crops are damaged, all settlements in Twic East except for Panyagor are under water. Roads, schools, latrines are all submerged. Many domestic animals have died. The extremely poor sanitation conditions are exposing people to waterborne diseases at a time when they are also battling COVID-19,” said Lokiru Yohana, LWF Regional Program Coordinator for East Africa. 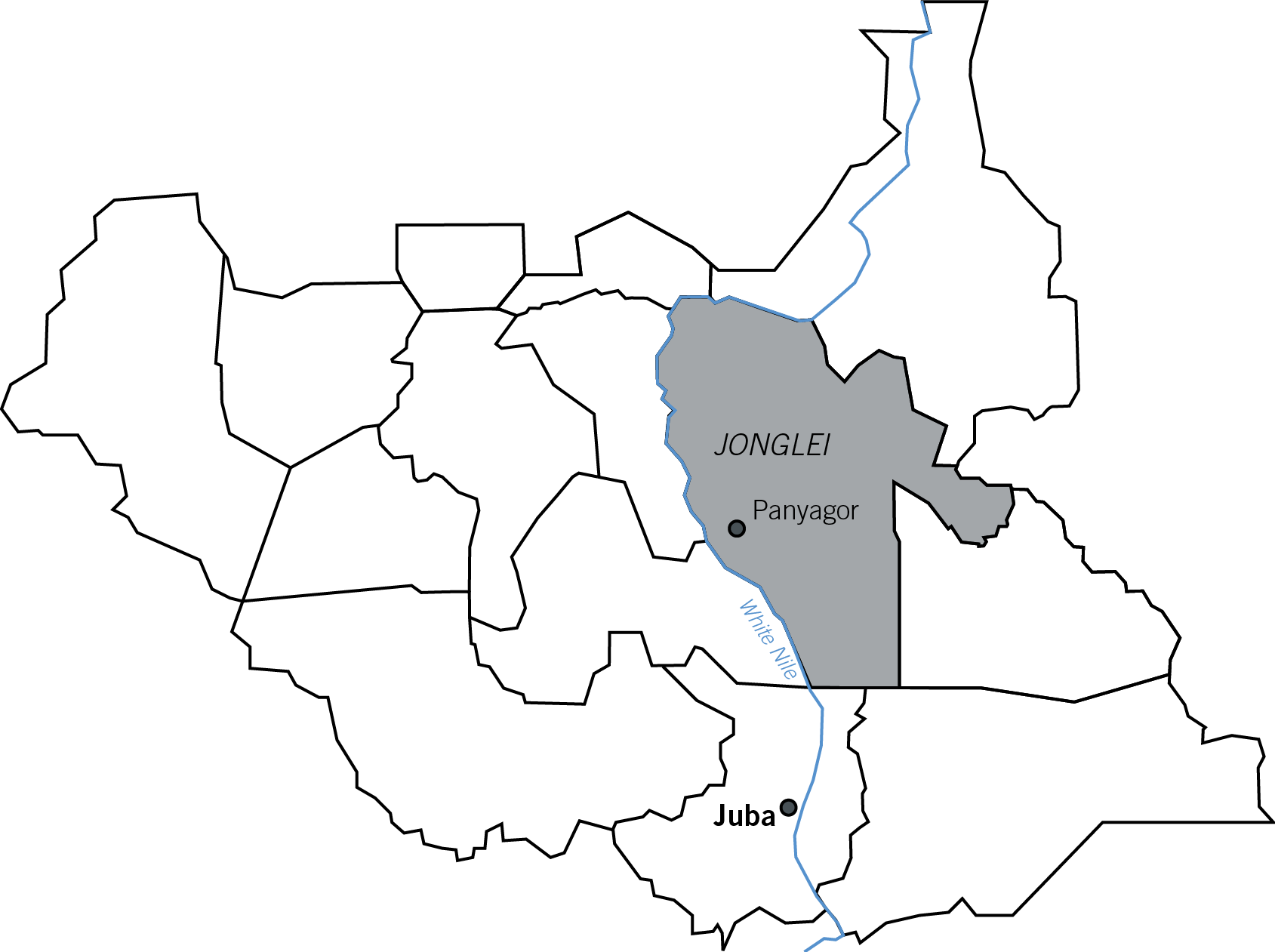 South Sudan, with Jonglei state and the town of Panyagor. The river Nile, here known as White Nile, runs through the entire region.

Day and night on the dyke

For two months the local community has been trying to keep the water at bay. “Communities, local administration and humanitarian agencies have worked together with many young people to repair 12 kilometres of dyke,” Yohana added. “As the water keeps rising, the dyke has started to break in different places since 23rd of September. People are working day and night. It seems like everyone is getting exhausted. Panyagor could be taken over by the flood any time.”

High water has been an issue since the start of the rainy season in June, when the waters of the river Nile begin to rise. As flooding occurs regularly, LWF has been working in the region to also build and maintain dykes. In August however, waters rose disproportionally, causing several dykes to break in Jonglei state. The state capital Panyagor is surrounded by water, all nearby villages have been flooded. Videos show LWF staff walking up to their chest in water. 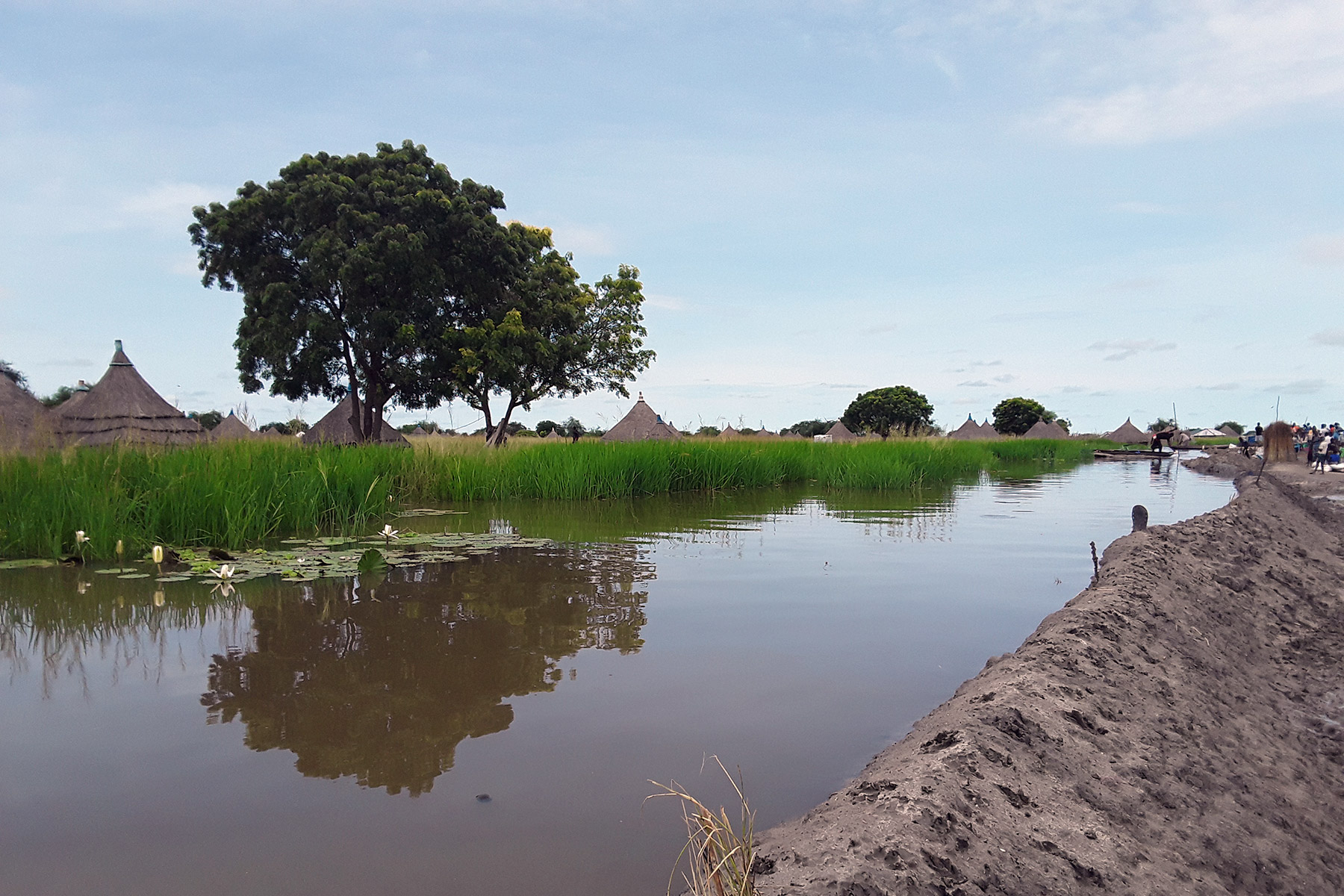 A village near Panyagor town. LWF staff on site are concerned that the main dyke might not hold much longer.

LWF in Jonglei works with people who have been repeatedly displaced by civil war, droughts and flood emergencies and inter-communal conflicts. “Their resilience has been tested over and over again. Many households and communities can barely cope with any further shocks. Floods like these are a disaster because they destroy homes and kill livestock, which are the mainstay for these communities. They also destroy any crops, setting up a food insecurity crisis the following year,” Yohana says.

Their resilience has been tested over and over again. Many households and communities can barely cope with any further shocks.

When the rain stops, LWF plans to support the local communities with hygiene and sanitation, water pumps, dyke repairs and projects to rebuild their livelihood. 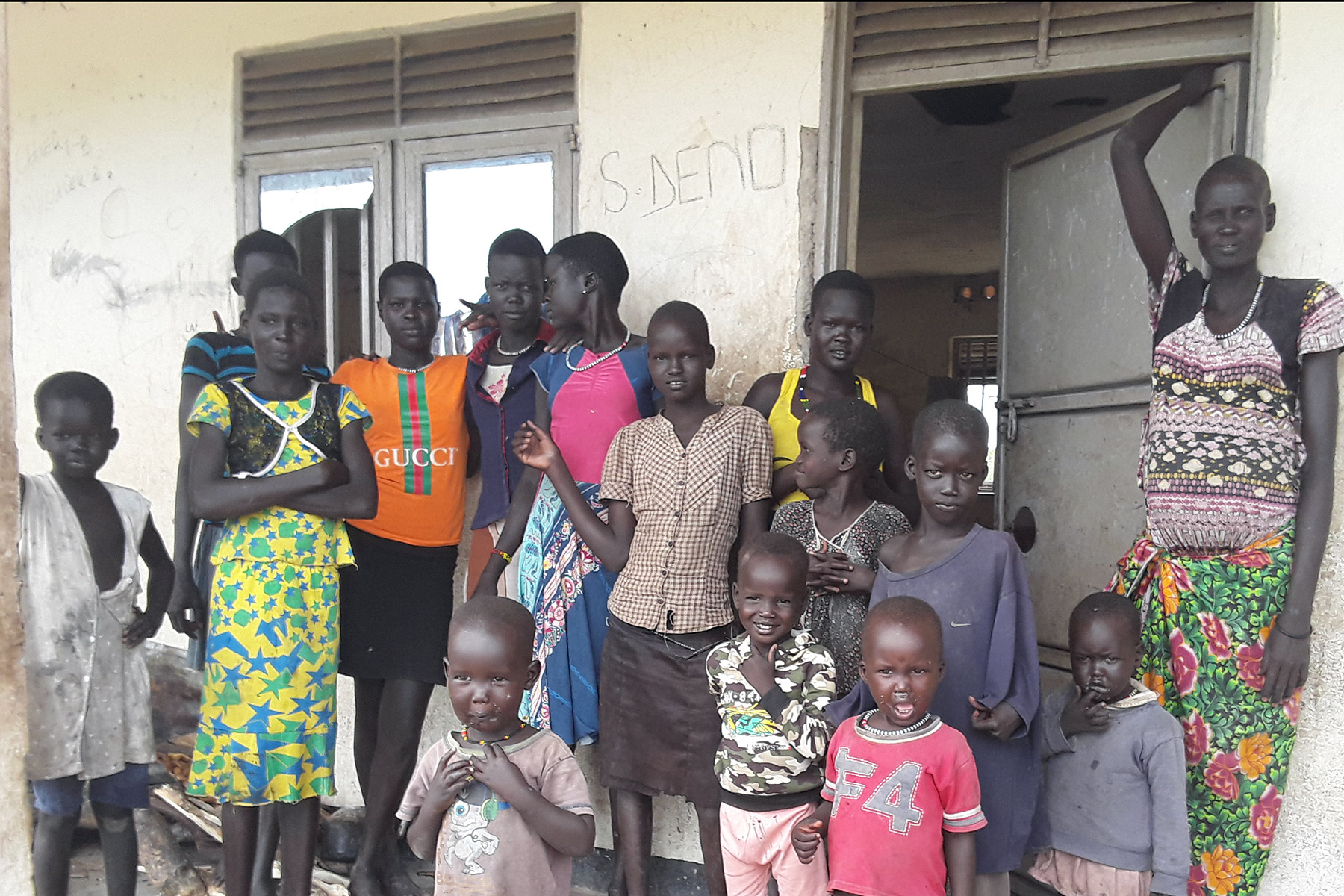 Children displaced by water, who have found temporary housing in a primary school in Panyagor.

Above all, LWF urgently calls upon all stakeholders to join hands for a durable solution. As dramatic as the current situation seems, this kind of emergency is not new in the region. The floods come every year. LWF, with funding by the European Union, and a massive effort by local communities, built a 34 km long primary dyke about ten years ago. LWF also works with local Community Flood Task Forces to maintain and repair the secondary dykes.

“All these are only stop-gap measures,” Yohana said. “The people need more massive dykes.” LWF calls upon the local government to take the lead in developing large scale flood management infrastructure in the region, with support from the UN system and private sector. “This is a development priority in the region,” Yohana said. “To date, the over 10 year-old dyke remains the main protection from the annual River Nile floods in Twic East and parts of Duk counties.”