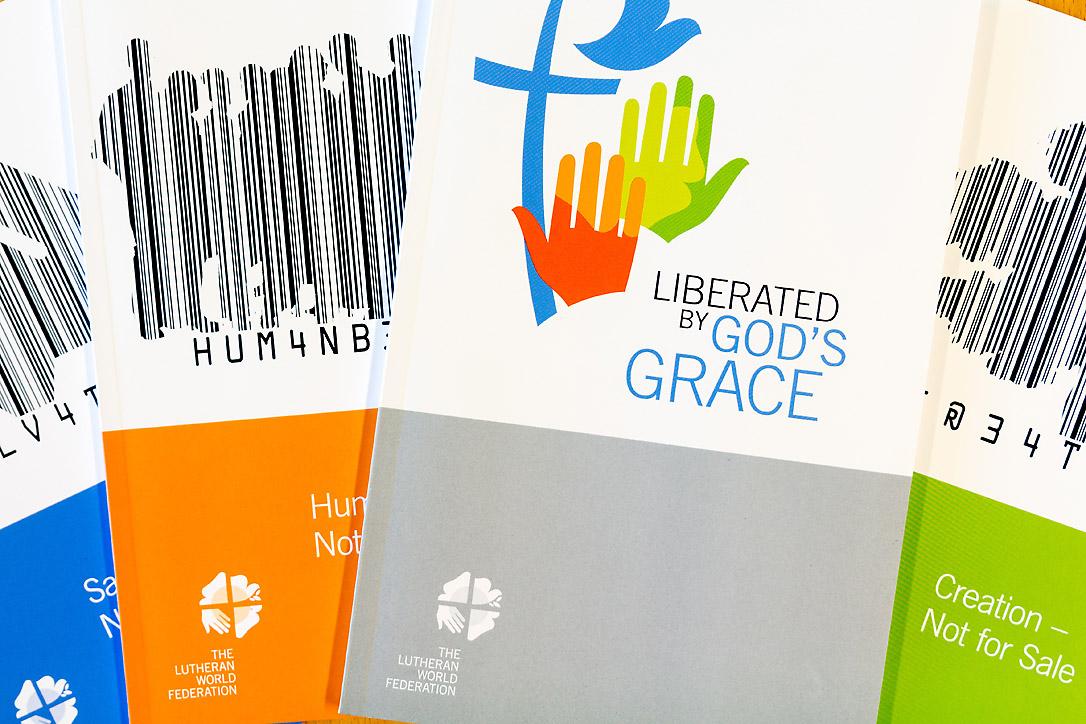 The Reformation 2017 study booklets are ready for download or available in hardcopy. Photo: LWF/S. Gallay

Available on the LWF website the publications are intended to trigger discussion in seminaries, church peer groups and with partner churches ahead of the 500th anniversary of the Reformation in 2017, which coincides with LWF’s Twelfth Assembly.

Under the main theme, a subject closely linked to the doctrine of justification by faith, relevant questions that triggered the 16th century movement to reform the church are explored. Insights on new challenges over the course of time are also discussed.

The overarching questions in the booklet, Salvation – Not for Sale, offer reflections on human beings’ expectations about salvation. Practices and theological concepts that could be described as attempts to commodify salvation are also discussed.

Human Beings – Not for Sale provides perspectives on Lutheran anthropology, human trafficking, migration and sustainable ways of living together, among other topics.

With subjects varying from genetic engineering, climate change and climate justice, to land grabbing, the essays on Creation – Not for Sale emphasize the need to pay attention to God’s entire creation in light of today’s massive exploitation of natural resources.

The French, German and Spanish versions of the booklets will be published early next year.

LWF Secretary for Ecumenical Relations, Rev. Anne Burghardt, and Bishop Susan Johnson, vice-president for the North American region of the Lutheran World Federation encourage you to download and read the booklets.