Cycling for the climate 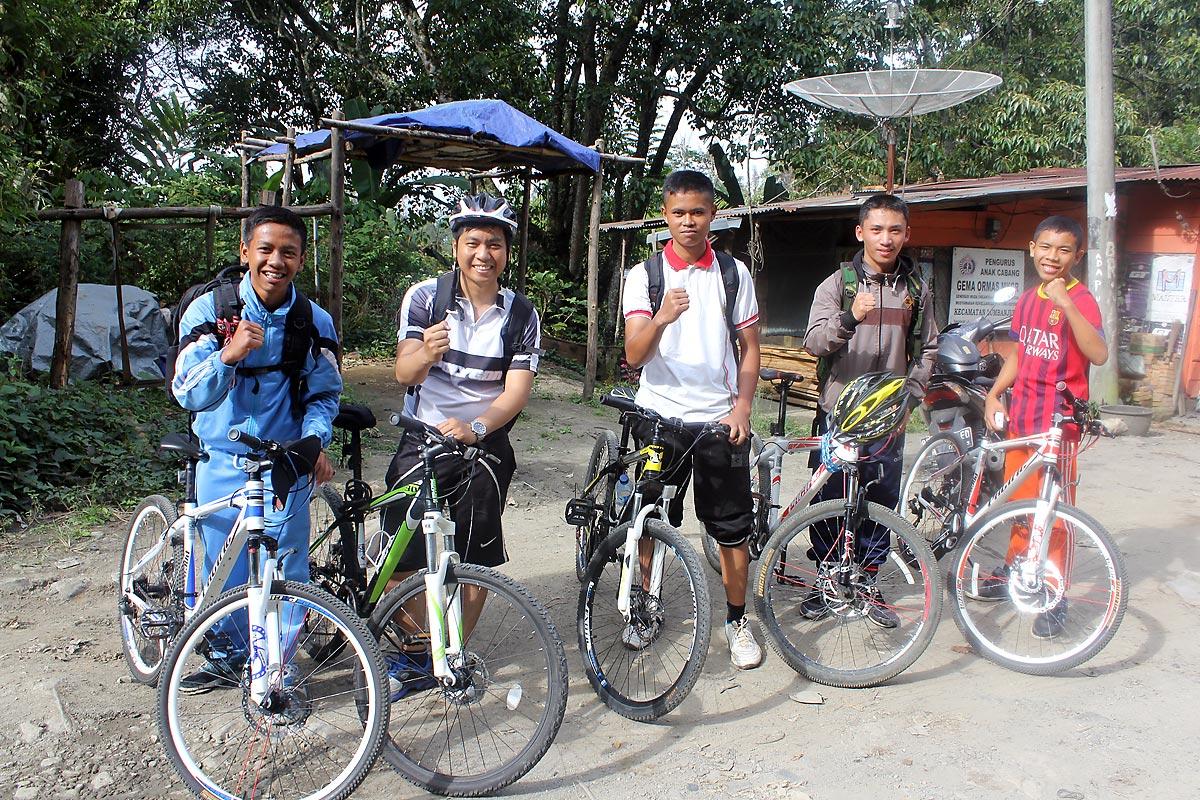 Seminary students from Pematang Siantar with their bicycles - the project mobilized 50 students in a country where bicycles are expensive and considered an unusual means of transportation. Photo: Daniel Sinaga

(LWI) For young reformer Rev. Daniel Sinaga, “Creation – not for sale” is more than just a theme for the 500th anniversary of the launching of the Reformation —it is a call for climate justice in his home country Indonesia.

A “cycling for the climate” initiative, which he launched with other youth in the Protestant Christian Batak Church (HKPB) saw participation grow from five regular bicycle users to 50 in just one year. And, he considers this “a very good and positive response about the project and the concern of climate change,” also because owning a bicycle is an expensive investment for those taking part, mainly college students of the HKBP theological seminary in Pemantang Siantar city, North Sumatra.

“We aimed for the young people, especially theological seminary students, to inspire them about climate change concerns by using bicycles,” Sinaga said. “We hope they will be role models for other young people,” says the 30-year-old pastor.

The Lutheran World Federation (LWF) launched the Global Young Reformers Network of which Sinaga is a member in 2014, with the goal to encourage more young people to contribute to the life of the LWF member churches, and join in commemorating 500 years of the Reformation in 2017. The nearly 300 young reformer delegates from all the seven LWF regions have since developed 54 “Living Reformation” projects focusing on the Twelfth Assembly and Reformation anniversary sub-themes stating that salvation, human beings and creation are not for sale.

Working with bicycle clubs, Sinaga organized bike trips around the city to get people thinking about climate change. “Everyone joined the one-day campaign. At the end, there were 50 participants who came with their bikes for our campaign ‘cycling for the climate’,” he says of the main event, held near the seminary, which has around 600 students.

With a population of over 250 million people, Indonesia is the world’s fourth most populous country. The United Nations says that over the last decade energy demand rose at almost five percent annually. Globally, such statistics have motivated youth to be involved in climate justice. Many look to cycling, rather than means of travel that burn fossil fuels, as a green mode of transportation.

We aimed for the young people, especially theological seminary students, to inspire them about climate change concerns by using bicycles. We hope they will be role models for other young people.

The cycling initiative was not without challenges, Sinaga says. Most people in Indonesia don’t own bicycles, and they are expensive, costing around 1,500,000 rupiah (around EUR 100). In addition, there were limited parking spaces for bicycles near the seminary. Local advocacy with the community to promote bicycle friendly infrastructure could be a next step.

However, the young reformer remains enthusiastic.  “I would like to continue with the project but it is difficult because people don’t have bikes and it’s an expensive investment for the local students and people to participate in. Hopefully, there will be more people involved who would like to continue.”

And he has a challenge for his church, the 4.5 million-member HKBP, which has has been part of the LWF since 1952: “Our church needs to consider continuing this project. This will help people and the church to support sustainable development by using fewer fossil fuels and being more environmental friendly,” pastor Sinaga concludes.

Read about the Living Reformation projects