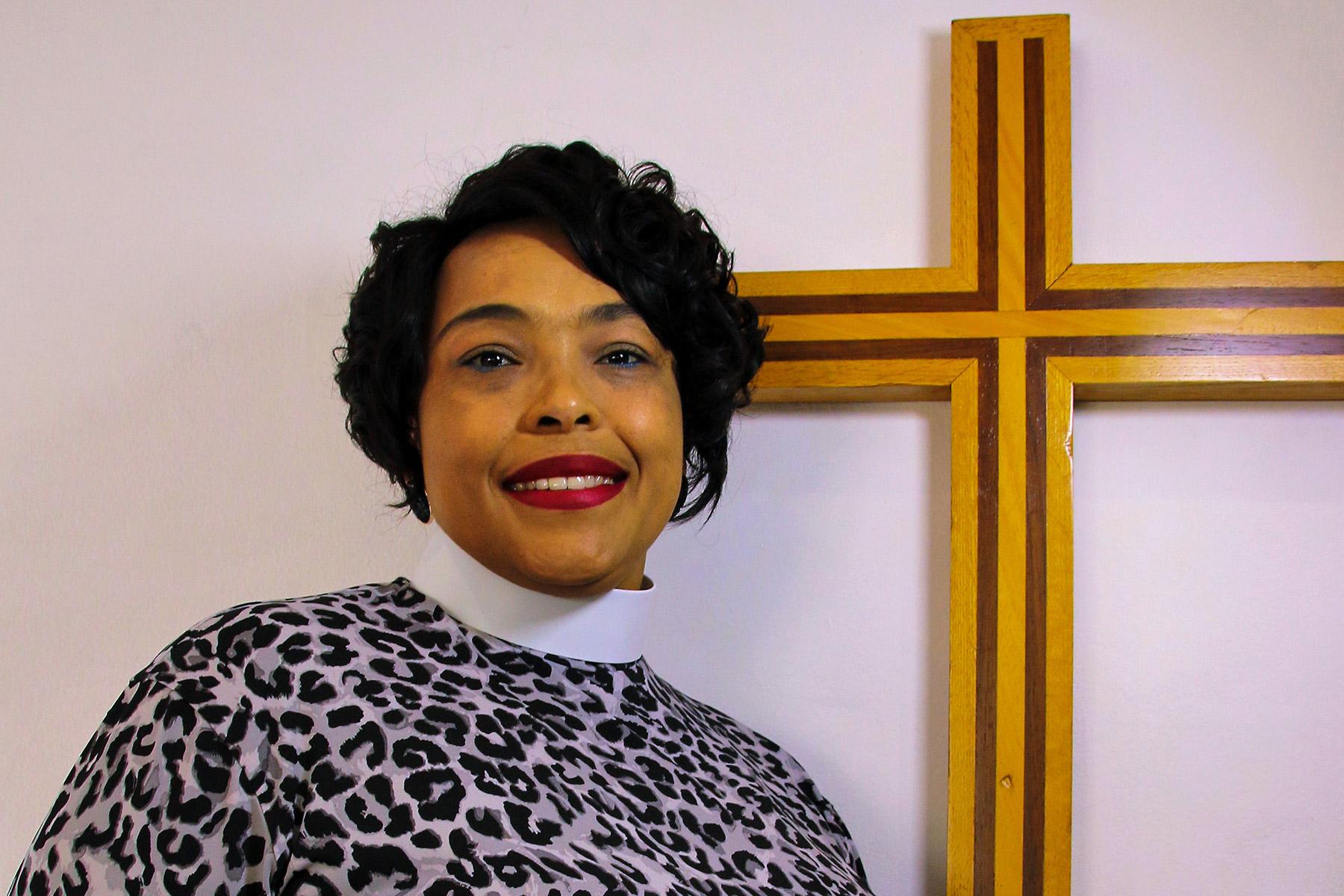 (LWI) - “Seeking God wholeheartedly” in all that she does. Rev. Lilana Kasper is the first woman to serve as the Executive Director of the Lutheran Communion in Southern Africa (LUCSA), but she describes herself first as a wife and a mother of three children. She was ordained 18 years ago in the Evangelical Lutheran Church in Southern Africa (ELCSA) as a pastor where she served in several capacities, including as ELCSA Dean of the Soweto Circuit.

Rev. Kasper’s path led to her serving as chaplain to the South African Police Service and in this Voices from the Communion interview, she recounts how her various experiences shaped her pastoral journey and prepared her for her current role as Executive Director of LUCSA.

How did your work as a police chaplain prepare you for your work as the first woman Executive Director of LUCSA?

Post 1994, [referring to the transfer of South Africa's National Party to the African National Congress] the government moved from being called a Police Force to a Police Service. At the time, I was a lecture at the Lutheran Theological Institute in Pietermaritzburg, but The Evangelical Lutheran Church in Southern Africa decided to close the institution due to some challenges. It happened that the South African Police Service (SAPS) was advertising posts for principal chaplains. I applied and was successful.

This post proved to be one of the most valuable experiences in my pastoral calling. As a chaplain I was responsible for the spiritual wellbeing of the officers of the SAPS.

Having been disappointed and broken many times in my life’s journey, I came face-to-face with people who had been broken, as well. This post helped me point them to the grace of God, who orders our steps.

Although I did not work directly with the public, gender-based violence and femicide was one of the challenges the SAPS officers dealt with regularly. It is a very sad reality that even officers became victims and perpetrators of GBV and femicide.

This position fulfilled my desire to help develop people; to help them continue seeking ways to grow and evolve. I carry that same desire into my role as Executive Director for LUCSA.

Tell us about your pastoral journey and how it informs your work, today?

I served as the first female Dean of Soweto Circuit in the Central Diocese of ELCSA. I also served on the Episcopal Council of ELCSA. Each new role shaped and molded my character and my ability to overcome and navigate through difficult challenges. It helped build inner resilience and develop strategic planning.

Working for the government as a chaplain broadened my knowledge about recruitment processes, employee health and wellness, working with people with special needs and disciplinary processes. All these skills are necessary in my role as executive director.

I worked at LUCSA as the Christian Education Project Coordinator and was part of the team who developed resource materials for LUCSA’s Christian Education Desk. I was one of the founding members of the Female Theologians Forum of LUCSA, which was established in 2005.

Later, I was a part of the ELCSA Development Services as the Project Coordinator for the Lutheran Action Against Gender Based Violence Project – a project that focuses on addressing the scourge of gender-based violence and femicide.

In 2015, I joined the Lutheran Theological Institute as the Practical Theology Lecturer - a dream I had as a student at Umphumulo Lutheran Theological Seminary. I dreamed that one day I would be a part of the education and formation of theology students, especially young female students.

You said you dreamed of working with young female theologians, why?

Even with the work that LUCSA is contributing to this area, there are still not enough intentional programs to support women in leadership and to prepare women for leadership positions. Mentorship, management and administration, financial literacy and assertiveness training are the programs that should be available intentionally for women to succeed in schools and the seminary.

What achievement are you proud of in your gender-based violence advocacy?

The first would be my calling and ministry. What a gift and privilege it is to serve in the vineyard of the Lord. Through the years, the Female Theologians Forum of LUCSA has contributed tremendously to the development of female pastors in the LUCSA region.

The stories shared at meetings and the fact that women took up leadership positions in the member churches of LUCSA are a testament of the work we have done through this forum.

As a GBV survivor myself, I am passionate about helping women reach their full God-given potential. It is essential for me to instill in people that they are not everything that has happened to them, conversely, they are everything that became while they healed.

What advice would you give to the next generation of female leaders?

Study, study and study! Education and continuous self-development are crucial. Build support networks and seek ways to intentionally support women who are in leadership positions.

Never give up in life no matter how hard it gets. Every stumbling block is a stepping stone for success.

What are your priorities for LUCSA?

I am someone who firmly believes in inclusive leadership and ensuring that everyone has a rightful place at the table. I value both women and men and the contributions they make to the world. From my experience in the church, it is of paramount importance to have women in top structures so that issues pertaining only to women are addressed - for example, maternity leave.

To ensure that gender equality in the workplace is achieved women must be elected or appointed on merit for decision-making positions.

What does it mean for your organization to be a sub-regional expression of the Lutheran World Federation?

The Lutheran World Federation is integral because it allows the organization to advocate and lobby for an end to injustices on a larger platform. It offers accompaniment, fellowship and access to resources; offering a platform to support and strengthen relationships among the LWF member churches contextually.