Season of Creation: Called to be stewards of the web of life 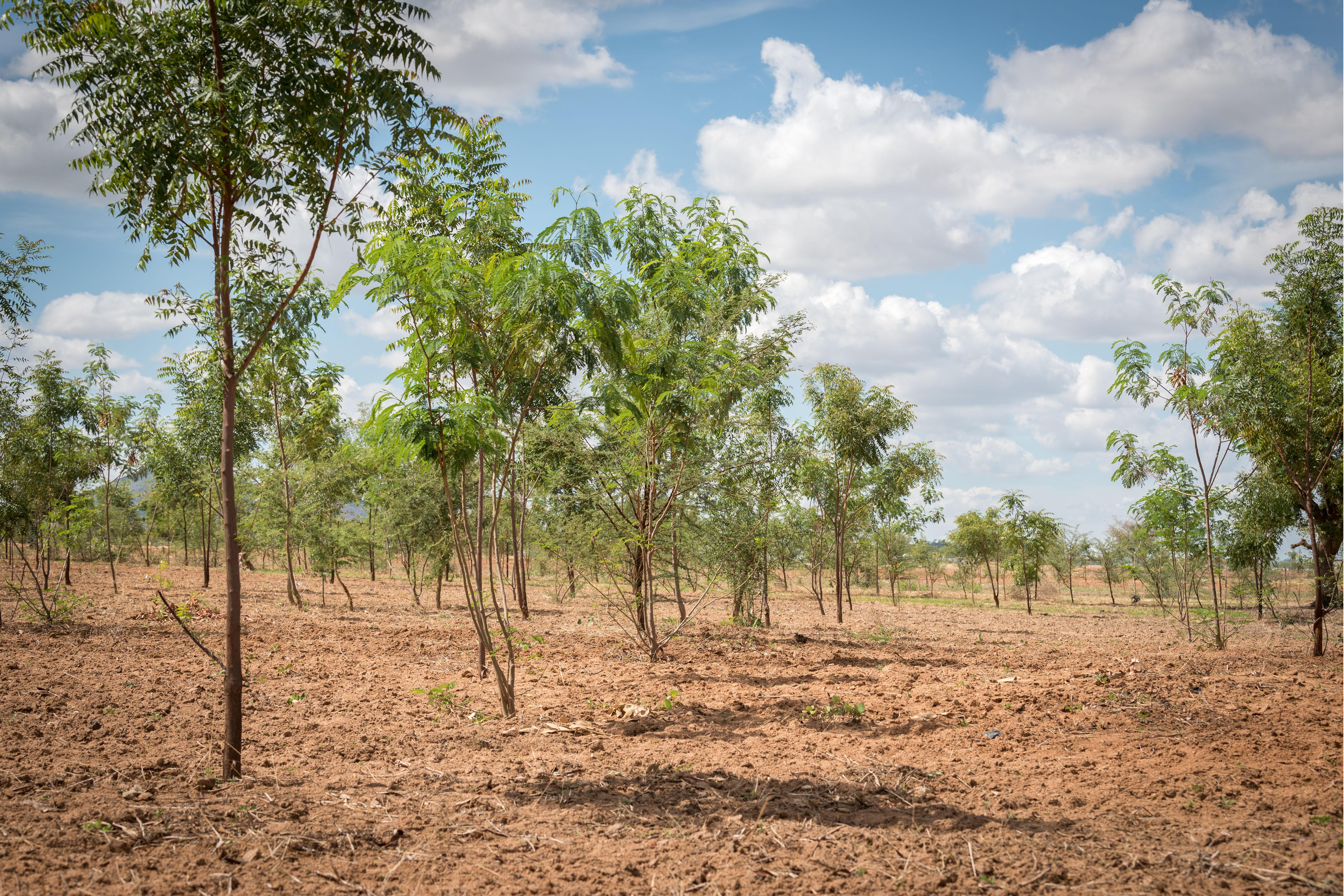 One of 20 so-called 'green spaces' in and around the Minawao camp for Nigerian refugees, located in the Far North Region, Cameroon. A five-year planting and harvest cycle ensures wood to be used as firewood, vines for building of roofs, and a step in alleviating environmental impact in and around Minawao, which hosts some 58,000 refugees from North East Nigeria. Photo: LWF/Albin Hillert

(LWI) – “As followers of Christ from around the globe, we share a common role as stewards of God’s creation,” says the Season of Creation 2019 steering committee.  The Lutheran World Federation (LWF) invites its member churches to join the activities from 1 September to 4 October and use it as a time of prayer and action for creation. The theme for this year is “the web of life: biodiversity as God’s blessing.”

“Biodiversity helps us meditate on two essential truths about creation: the web of life comes from God, and we are called to safeguard its integrity,” explains Rev. Dr Chad Rimmer, LWF Program Executive for Lutheran Theology and Practice. Loss of biodiversity causes many social, economic and political injustices that lead to wide scale humanitarian crises, he adds. The poor and marginalized who depend most immediately on the health of ecosystems are often affected most severely by the collapse of the natural systems that sustain life and society. “Biodiversity matters because each of God’s creatures have value in themselves, and because maintaining diversity in mutuality are the key to sustaining healthy ecosystems and societies. This is God’s wisdom woven into the web of life,” says Rimmer.

In a Resolution on the Commercialization and Commodification of Creation, the 2017 LWF Assembly affirmed that biodiversity loss threatens the delicate balance of the earth system as seriously as climate change. Recent scientific and inter-governmental reports confirm that misuse of land has amplified biodiversity loss at a highly alarming rate. Responding to the threat of extinction to nearly 1 million species, the 2019 LWF Council further called  on the LWF Communion Office and the member churches to take action on loss of biodiversity as a matter of faith, and in keeping with our commitment to the UN Convention on Biological Diversity (CBD).

Participating in the Season of Creation

The 2019 Season of Creation Celebration Guide offers member churches numerous ideas for taking action at the local level and an ecumenical prayer service that can be used in local congregations.

The Season of Creation website features a global calendar of events that will be offered throughout the season, which begins on 1 September, the World Day of Prayer for Creation. A webinar on the topic “Should we be saving souls or seals?: What Christianity says about biodiversity”   will be hosted on 16 September, and invites discussion on critical questions and aims to deepen the commitment to care for our common home. The Season of creation will close with an online prayer service, hosted on 4 October, the commemoration of St. Francis of Assisi.

LWF Member Churches and local congregations are invited to register their prayer services and initiatives on the local events page. https://seasonofcreation.org/events/

The Season of Creation initiative goes back to 1989 when the Ecumenical Patriarchate initiated a day of prayer for the creation, which has since been embraced by several Christian World Communions including the LWF and other church organizations. The LWF is a steering partner of the ecumenical campaign.