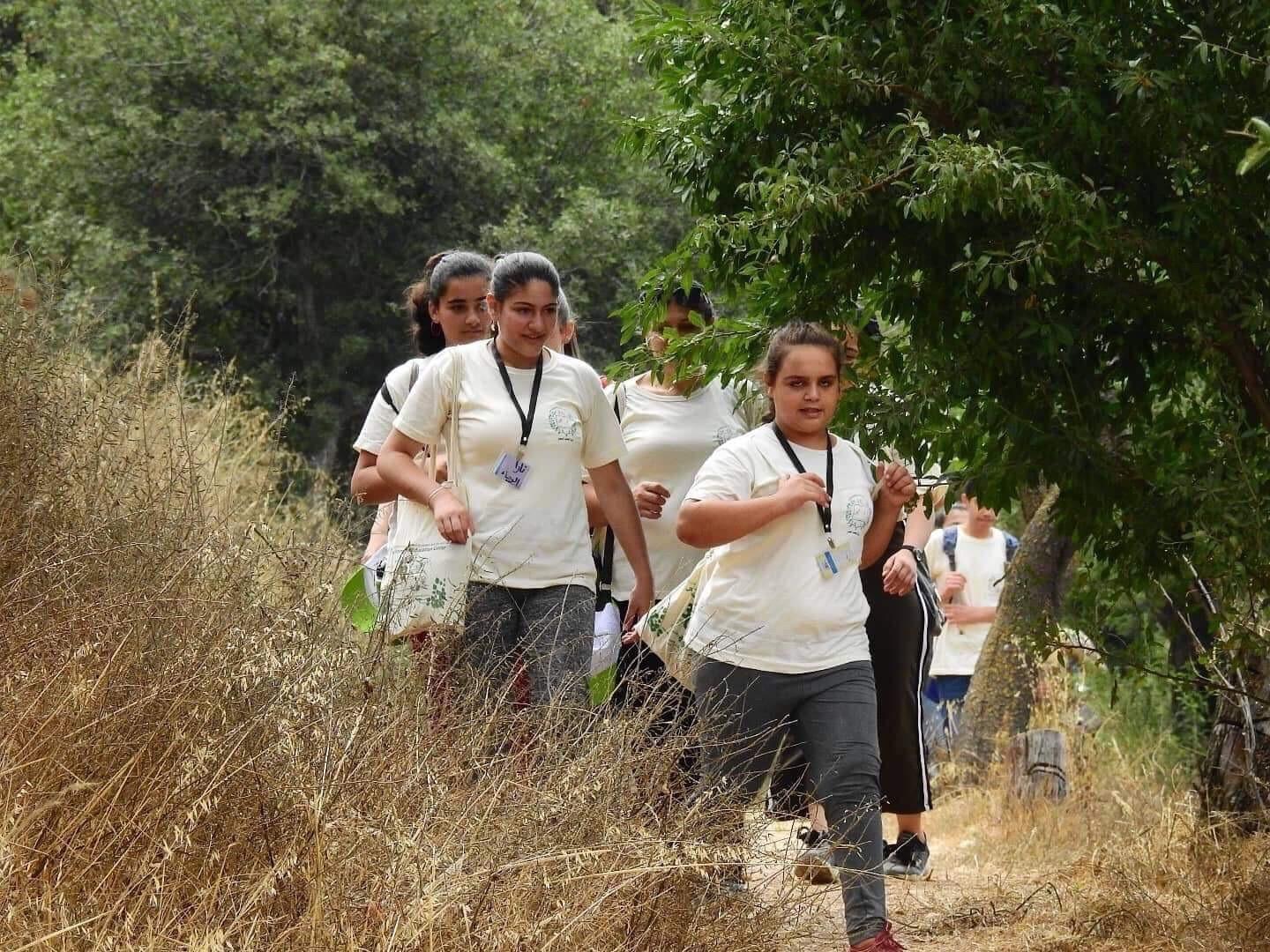 Students from schools in the West Bank take part in the August 2019 training workshop on environmental leadership. Photo: Adrainne Gray

(LWI) - With the 51,000 living species in her home region constituting around three percent of the global biodiversity, Lutheran educator Joan Ayyad wants young people in the West Bank to learn to care for creation.

Through the Environmental Education Center (EEC) of the Evangelical Lutheran Church in Jordan and the Holy Land (ELCJHL), a group of instructors including Ayyad recently conducted a five-day training workshop on environmental leadership for 27 students from seven schools in the towns of Bethlehem and Ramallah.

The students learnt about the rich environmental biodiversity in their country, which has more than 30,850 animal species.

Established in 1986, the center hosts activities that encourage student involvement in Palestinian culture and community through environmental awareness. It is located on the campus of the ELCJHL Talitha Kumi-German Evangelical Lutheran School in Beit Jala, which features a botanical garden with local plants from both biblical and modern eras, an interactive environmental exhibition, and a bird ringing station to study bird-migration trends. Young people are introduced to the country’s  natural heritage and biodiversity, and invited to to see themselves as stewards of the environment, willing to adopt conservation measures and environmentally-conscious lifestyles.

All four schools of the ELCJHL participated in the August training workshop, which included students from other church-owned, private and public schools, making the program ecumenical and open to the community. The seventh-grade youngsters (12-13 year-olds) took part in outdoor sessions and lectures, equipping them to lead environmental workshops and develop activity plans for their schools and churches. They were also encouraged to cherish geographical and historical locations.

Simon Awad, the EEC executive director, reminded the workshop participants to focus on zero waste. “The best hiking practices to preserve the ecosystem and habitat are to keep trash to throw away later and take care not to step on plants.”

We are hopeful that despite the challenges, we continue to follow God’s will to care for creation and to teach the future generations.

“We are hopeful that despite the challenges, we continue to follow God’s will to care for creation and to teach the future generations,” said Awad.

ELCJHL Bishop Sani Ibrahim Azar emphasized the church’s commitment towards the center’s work. “This kind of involvement allows the church and community to recognize the possibility of a healthy environment for all,” he added.

The Lutheran World Federation (LWF) supports the educational and other diaconal ministries of the ELCJHL. The ECC receives support from the Church of Sweden and Evangelical Lutheran Church in Canada, as well as from the non-profit organization Opportunity Palestine.

Season of Creation: Creation care as an expression of loving the neighbor
news