Poland: Raising a prophetic voice, being church in the public space 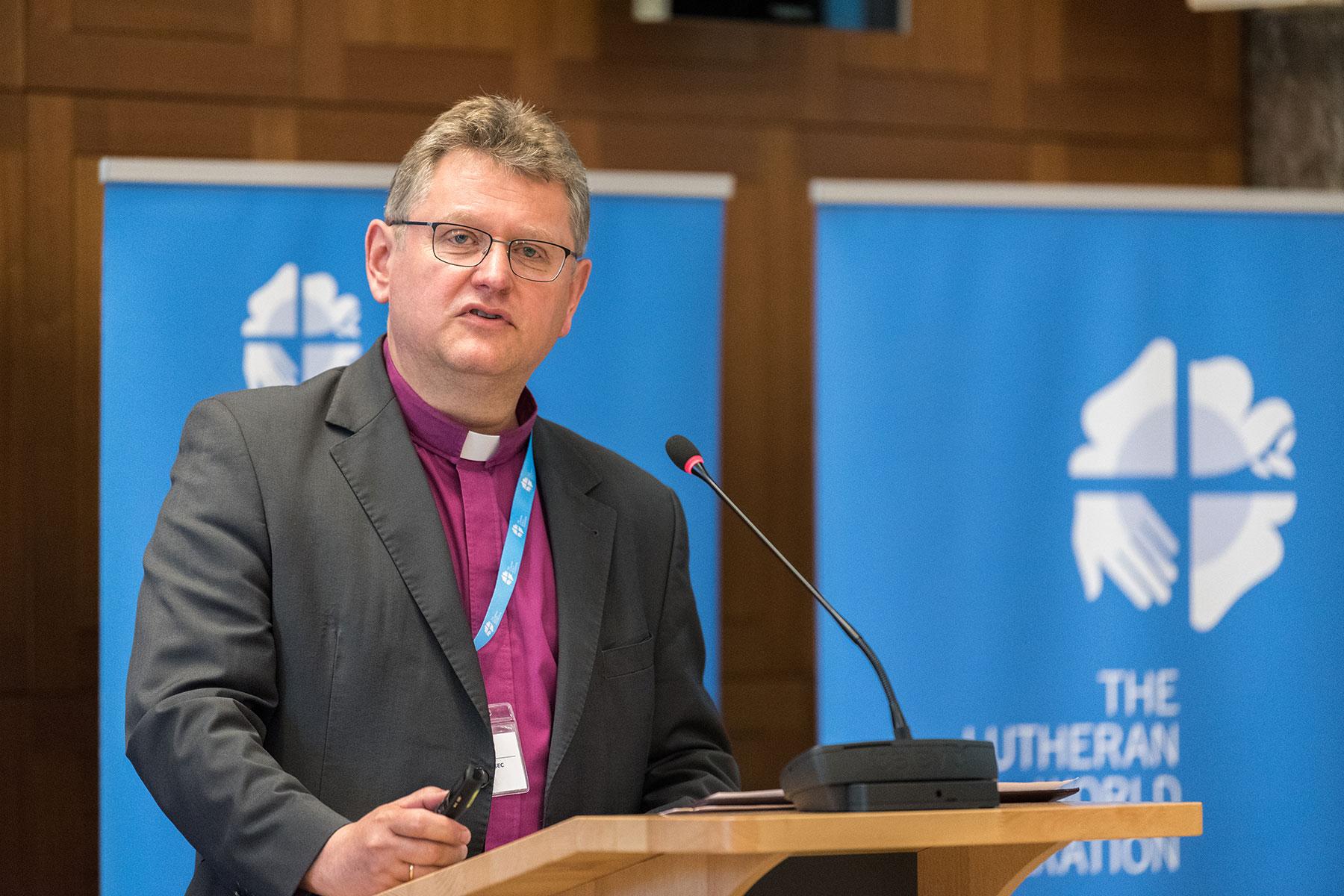 Voices from the Communion: Jerzy Samiec, Presiding Bishop of the Evangelical Church of the Augsburg Confession in Poland

(LWI) – “I always ask myself when to speak up,” says Presiding Bishop Jerzy Samiec. He has been leading the Evangelical Church of the Augsburg Confession in Poland (ECACP) since 2010.

In an interview in the last week of the Advent season, he speaks about his hopes for the ECACP as a member of The Lutheran World Federation (LWF) and host church of the Thirteenth LWF Assembly. He explains developments preceding the church’s decision to ordain women and reflects on the status of the ecumenical relations in his country.

What is your prayer for this 2021 Advent season?

My Advent prayer is, as always, “Make straight the way of the Lord, for the King of Glory is coming”. Observing the situation in the world, one can notice the reappearance of certain demons of the past, which led to world wars almost a century ago. Those who want to confront, to exclude others, are appearing again. Therefore, I pray that we become aware of our sins – the sin of conceit and not having love and mercy. We need repentance for our conceit.

You have repeatedly taken a strong stand in the public space. What are your main concerns regarding developments in Polish society?

I always ask myself when to speak up and when to remain silent. When should a pastor speak with a “prophetic” voice, pointing out or admonishing, and when are his statements interfering with politics? When can we be blamed for silence, and when can we be blamed for the lack of reaction? These are always difficult decisions. When I see restrictions on people’s freedoms, corruption in the functioning of civil society, and the state’s institutions, which should control each other, I try to stand up for the weak.

Can you tell us about the ecumenical situation in Poland?

The ECACP has been the driving force in ecumenical activities in Poland. In the denominational geography of Poland, over 90 percent of the population belongs to the Roman Catholic Church. Therefore, ecumenism is based on relations with Catholics and the common interests of the smaller confessions. At present, it seems that centrifugal forces are at work, undermining efforts of ecumenism. I hope that this is only a temporary situation and that the goal of seeking ways towards unity will be strengthened again.

In 2023, the Thirteenth LWF Assembly will take place in Krakow. What does this mean for the region of Central Eastern Europe generally, and more specifically for your country and church?

The LWF Assembly is a significant gathering of Lutheran churches worldwide. We are looking forward to hosting so many representatives from around the world. I hope that the Assembly will take decisions that constructively shape the LWF’s policies for the next six years. I also hope to present our country and introduce our churches in Poland, the Czech Republic, and Slovakia. Although churches of a typical diaspora, they significantly influence their communities.

In October, the ECACP’s synod voted to ordain women. Would you please tell us about the process leading up to this decision in a few sentences?

In Poland, women’s ordination has been discussed for many years. However, in my opinion, the most vital decisions in this respect were taken in the first half of the 1960s.

First, a particular form of ordination was developed, the so-called introduction into the office of church teaching. Through this, the church could send women with theological training into the ministry through prayer and the laying on of hands.

The second significant step was taken in the late 1990s. Then, the church adopted the ministry office as expressed through three forms of service, each with its specific ordination: deacon, pastor, and bishop. Catechists serving in the office of church teaching now became deacons ex officio.

After many years of discussion, the theology committee of the synod concluded that there was no theological obstacle to the ordination of women to the service of pastor. The next step was to allow deacons to administer Holy Communion. Finally, the synod also decided to ordain women to the pastor’s service and, consequently, the bishop’s service.

In what ways is this decision significant for your church?

The decision followed the changes in our church and the increasing role of deacons in parish work. Women’s service in preaching and teaching the Gospel has been appreciated in many parishes. I hope that the latest decisions will open the door for women to take up theological studies. Several Polish women theologians currently serve in churches abroad, mainly in England and Germany.

What did the recent visit of the LWF General Secretary, Rev. Anne Burghardt, mean to your church?

It was important for us, especially before the Thirteenth LWF Assembly, which will be held in Krakow in 2023. The fact that the General Secretary came to Poland to see Warsaw and Krakow and visit places where this event will take place is very important. We were also able to speak about the cooperation and the challenges arising from organizing such a large event. The visit took place in a very good atmosphere. Last, but not least, we were able to introduce the diverse work of the ECACP to the General Secretary.

What does it mean for your church, your work, for you to be a part of the LWF communion of churches?

Belonging to a large community is always very important for a small church. An example would be the dialogue between LWF and the Catholic church and the document “From Conflict to Communion” or other documents concerning the public space or the understanding of the ministry, confirmation, etc. For us, it is vital to have support in these areas. We also try to maintain bilateral partnerships with many churches. We can learn a lot from them, but also, when we receive visitors, we hear that others also learn from us.