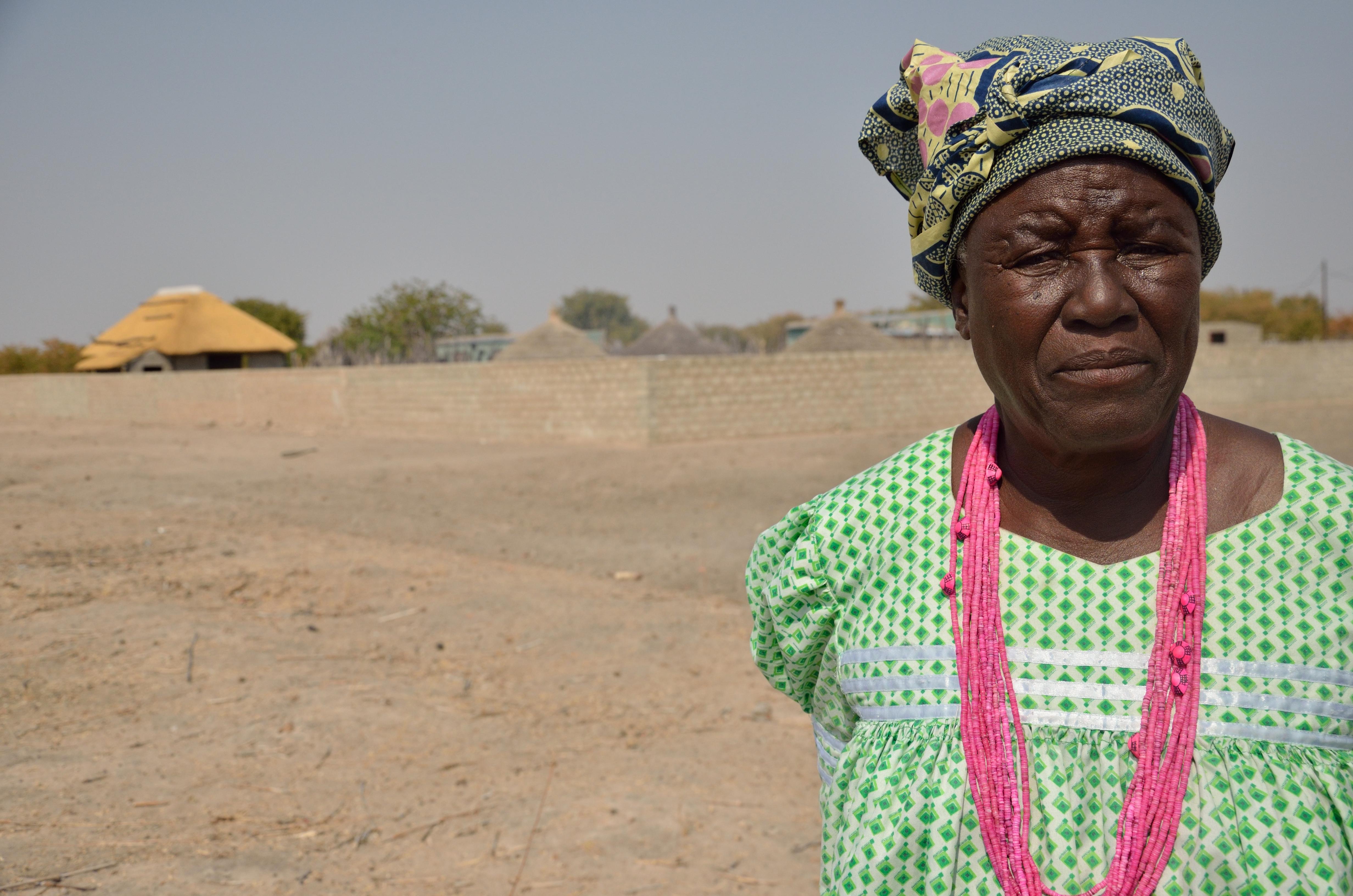 âThe worst drought I have ever seen.â Tusnerde worries for her village. Photo: LWF/ Thomas Ekelund

And like a third of children under five in the African nation, she is hungry.

“She is always hungry,” Nokongo’s mother, Tania, says of her youngest daughter, in the broken voice of a mother not being able to do enough for her child.

In Namibia, 29 percent of children under five are stunted from chronic malnutrition due to poverty. This number is likely to increase with the drought.

Nokongo is one of 18 children and grandchildren living together in Endombe, some 70 kilometers from Ondangwa airport in northwest Namibia, one of the areas most affected by the drought.

Parts of the country are said to be suffering through the worst drought in three decades. An estimated 778,000 Namibians, a third of the population, are either severely or moderately food insecure.

Families are selling assets such as livestock, reducing the number of meals eaten in a day and migrating to cities to find work.

Together with the United Church Council of the Lutheran Churches in Namibia, The Lutheran World Federation (LWF) is working to alleviate suffering through immediate assistance based on needs identified through local communities.

The response of the LWF and local churches aims to give cash grants so that communities can cover basic needs, to provide psychosocial assistance, and to support people in improving their resilience to cope with future disasters and their ability to advocate for their rights.

In the meantime, Nokongo’s grandmother, Tusnerde, who is the village deputy head and secretary, is worried about her community as it faces the drought.

She says the village has experienced droughts before, but nothing like this; this drought is the worst she has ever seen.

“Last year we had lots of rain, too much rain,” Tusnerde says. “So this rainy season, in December, we started planning for the new year. It started as usual and we ploughed and sowed in January. When February came with no rain, I started worrying.”

By April, Tusnerde, her family and the whole village were shocked. There was absolutely nothing to harvest.

The Namibian government estimates that cereal production will fall this year by 42 percent.

Half of the households in areas affected by the drought reported that none or almost none of the millet planted last December produced a crop. During a normal year, stocks from the harvest in April last six or seven months.

Now many of households say their stocks are gone – a catastrophic scenario for families depending on this staple food.

As is the case for Tusnerde and her extended family.

Of her and her 18 children and grandchildren, very few earn a living. Two of her elder sons live with their families in Windhoek. They are working and, whenever possible, they send their mother some money.

Tusnerde receives a government pension of 650 Namibian dollars a month, about USD 65. That is all they have.

In a normal year, when the rains come, this is adequate because Tusnerde and her family grow enough crops to feed everyone.

But when the harvest fails, the family is forced to buy food from the market, and the little money they have will not be enough to pay for school fees and uniforms, water bills and medicine as well.

The field outside the house is sandy and dry, with empty furrows. In a year with rain, there are maize, beans and millet growing in the fields.

Tusnerde points to the end of the field where dry sticks, a meter high, protrude from the ground.

“The sticks are remains from last year’s harvest. That is what we got from last year,” Tusnerde says. “That is what this field should be looking like now, sticks and roots sticking up, leaving food for the goats. Now there is nothing, only dust.”

Tusnerde and her daughter Tania are reluctant to say what will happen if there is no rain in December again. That is just too much to contemplate right now. They say only that animals are already dying and that they have heard rumors about children dying in neighboring areas.