Stronger together for the sake of people in need 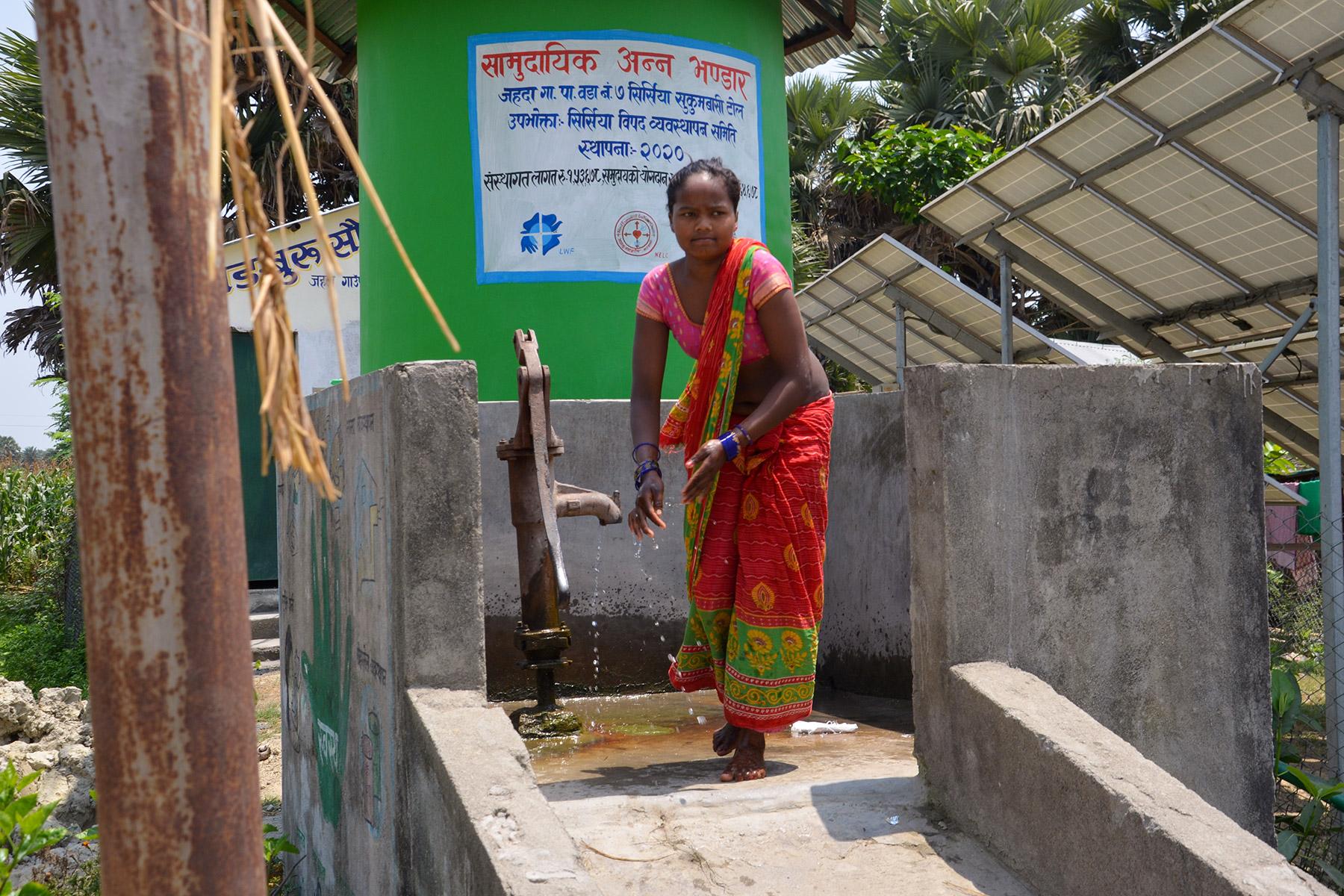 Provision of safe and secure water sources for marginalized communities is part of the joint collaboration between LWF Nepal and the Nepal Evangelical Lutheran Church in the eastern part of the country. Photo: LWF Nepal

(LWI) – Representatives of The Lutheran World Federation (LWF) member churches and country programs from the Middle East, Asia and Africa have emphasized their mutual commitment to deepen collaboration toward serving people in need, amid challenges of insecurity, and limited financial and human resources.

They shared their experiences at two online regional workshops organized by the LWF to introduce the Guidance Note on joint engagement of World Service programs and the member churches. All together 46 leaders and other staff attended the meetings in October, and affirmed the resource as a “relevant and applicable tool” as they shared some of their joint activities and potential areas for further collaboration.

Mr Luke Andrew, General Secretary of the Federation of Lutheran Churches in Myanmar (FLCM) said for “the LWF as a faith-based organization, special occasions on which we can both come together and have fellowship are important.” The federation brings together four LWF member churches, which were instrumental in establishing the World Service presence there in 2008. The country program implements humanitarian and development work centered on displaced populations and host communities.

“We could not have started without volunteers from the church,” noted LWF country representative, Mr David H. Mueller, whose office in Yangon hosts the FLCM. Although there is no formal agreement between the churches and World Service program, they regularly participate in each other’s meetings and events. “We want to do much more together but getting resources remains a challenge,” Mueller said of the country experiencing a difficult humanitarian situation from the ongoing political crisis and civil unrest.

The LWF representative in Jerusalem, Ms Sieglinde Weinbrenner, spoke of growing awareness about each other’s work and the potential for mutual support between the World Service program and the Evangelical Lutheran Church in Jordan and the Holy Land (ELCJHL). Plans are at an advanced stage in a joint project to provide affordable housing for Palestinian Christian families in need, including ELCJHL members. The construction of 45 - 50 apartments on an LWF property in the northern part of the city addresses a serious problem that contributes to Christian emigration from the city.

In another joint venture, the country program has renovated the old ELCJHL School of Hope in Ramallah, turning it into a modern vocational training center that will also benefit church members. 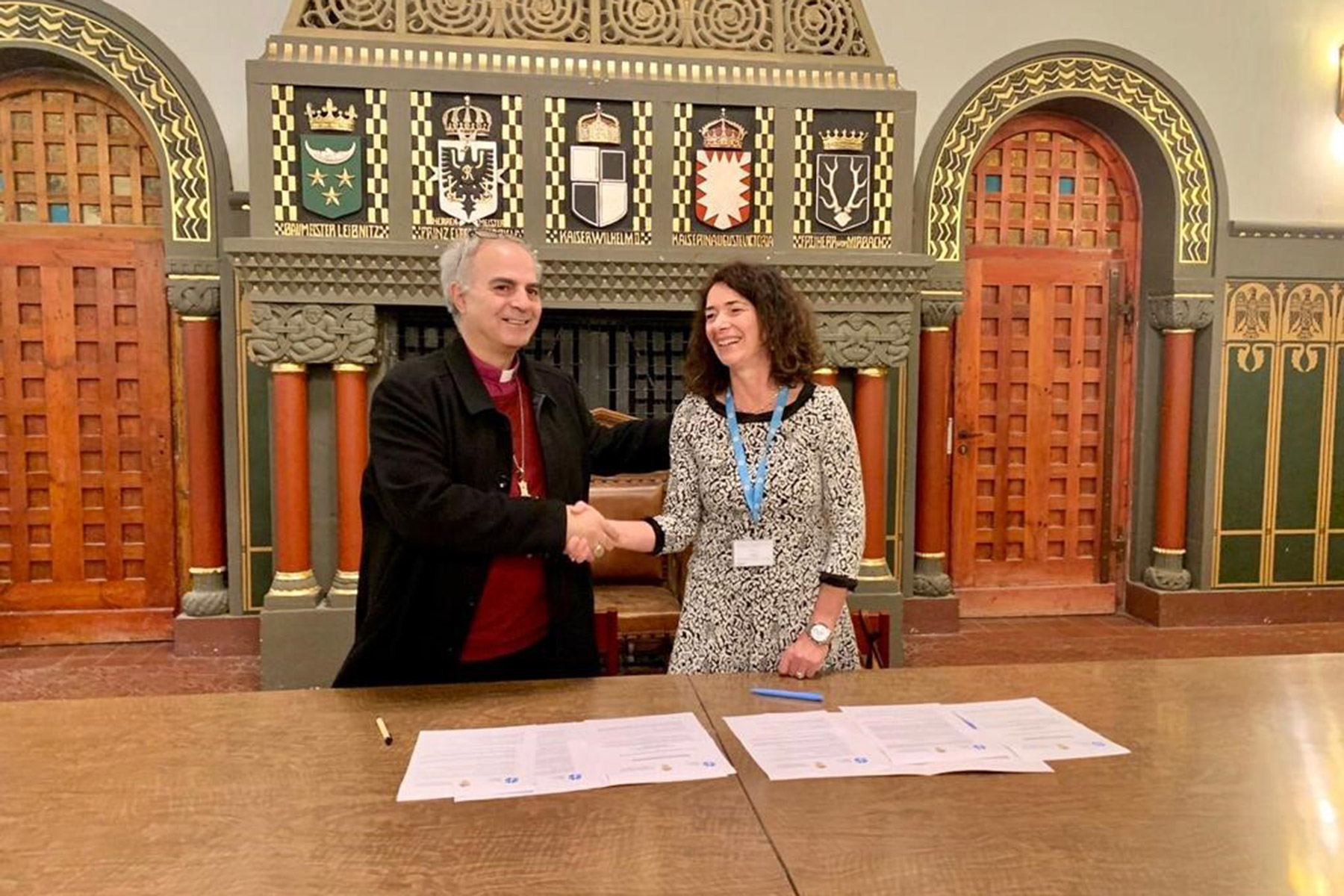 The diaconal arm of the Nepal Evangelical Lutheran Church (NELC), Lutheran Community Welfare Society (LCWS) and the LWF country program implement joint projects in disaster response and livelihoods for marginalized population groups. Dr Bijaya Bajracharya, LWF country program director spoke of the desire to include NELC youth in a new partnership being explored with the National Youth Council to build young people’s capacity as volunteers in emergency preparedness and disaster response. Government regulation on project partnership policy and practice make it difficult to establish such partnerships.

The voice of the church

From Cameroon where the LWF has two member churches and a World Service emergency program, participants affirmed growing cooperation between both entities, but noted the lack of resources as a major impediment to serving a growing number of people in need. “We are confronted with people who are unable to feed themselves, especially internally displaced people, and churches in Northern Cameroon are asking if the LWF could intensify projects related to faith and social cohesion,” said Rev. Dr Samuel Dawai, director of the theological seminary of the Church of the Lutheran Brethren of Cameroon at Kaélé.

In the context of recurring civil conflict, the church in the Central African Republic (CAR) is committed to holistic mission, but its effectiveness is challenged by insecurity, destruction and poverty, said Rev. Joseph Ngoe, President of the Evangelical Lutheran Church of CAR. “It is true the voice of the church is important, but how can we be heard if we are not given the necessary space and credit in a country like ours where the majority of the people are poor?” he asked. 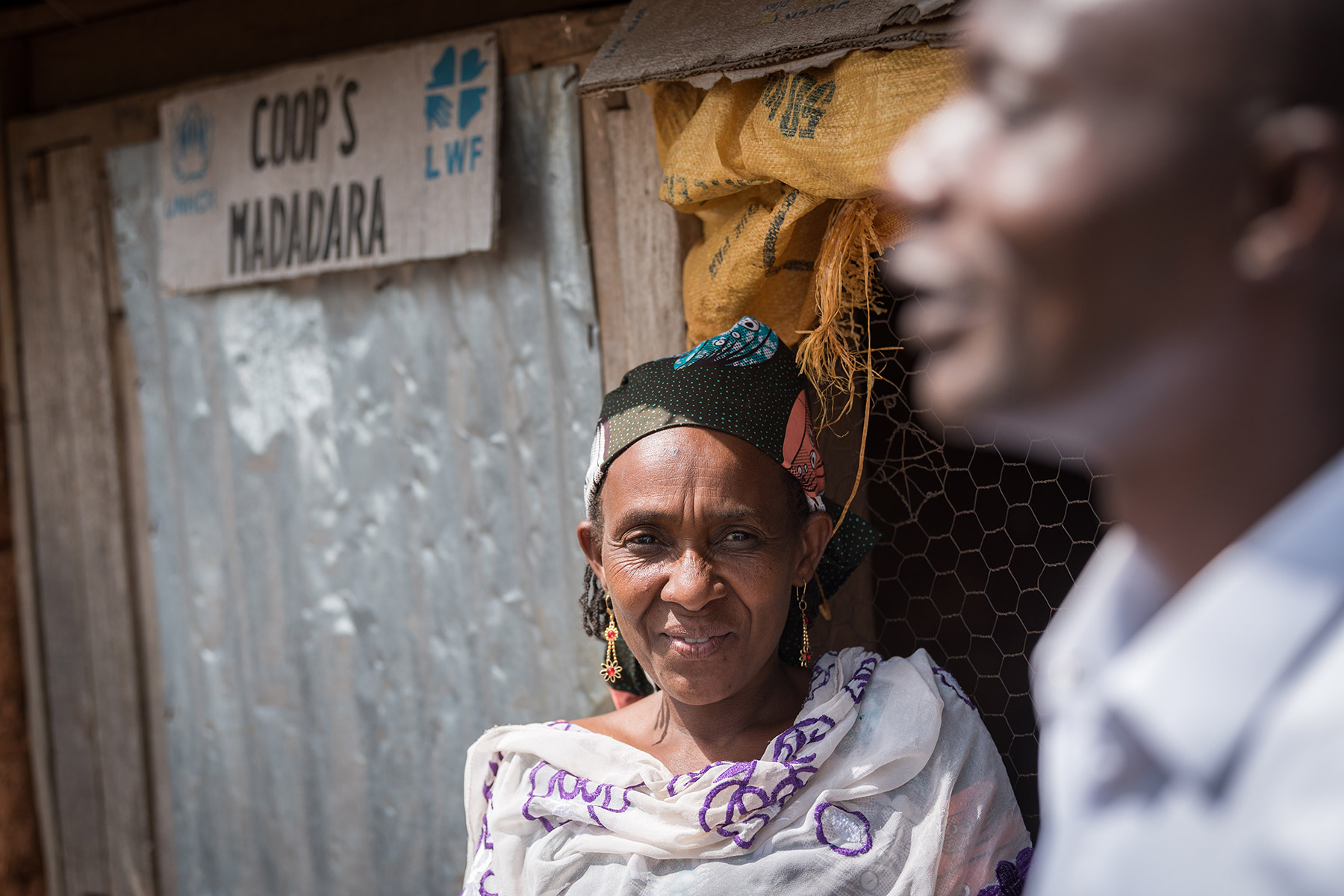 The Development and Social Services Commission (DASSC) of the Ethiopian Evangelical Church Mekane Yesus (EECMY) and the World Service country program have been working together for years, including recent support to people affected by the conflict in Northern Ethiopia.

EECMY-DASSC program officer Gizaw Megersa said regular information sharing, planning together, and joint capacity building leads to greater impact. “In our case the need is high and we need more capacity to reach the community at large,” he added.

Also represented in the two regional workshops were participants from Iraq and Jordan, (Middle East & Asia), and from Angola, Burundi, Chad and Kenya (Africa). The online workshop for the Latin America and Caribbean region will take place on 15 November.

The 148 LWF member churches represent more than 77 million Christians in the Lutheran tradition in 99 countries across the globe. As a global communion of churches, the member churches live and work together for a just, peaceful, and reconciled world.

World Service is a widely recognized, international, faith-based organization working through country and emergency programs in 25 countries that support nearly 3 million people in need each year. LWF’s humanitarian and development arm seeks to bring people of all backgrounds together in the common quest for justice, peace, and reconciliation.