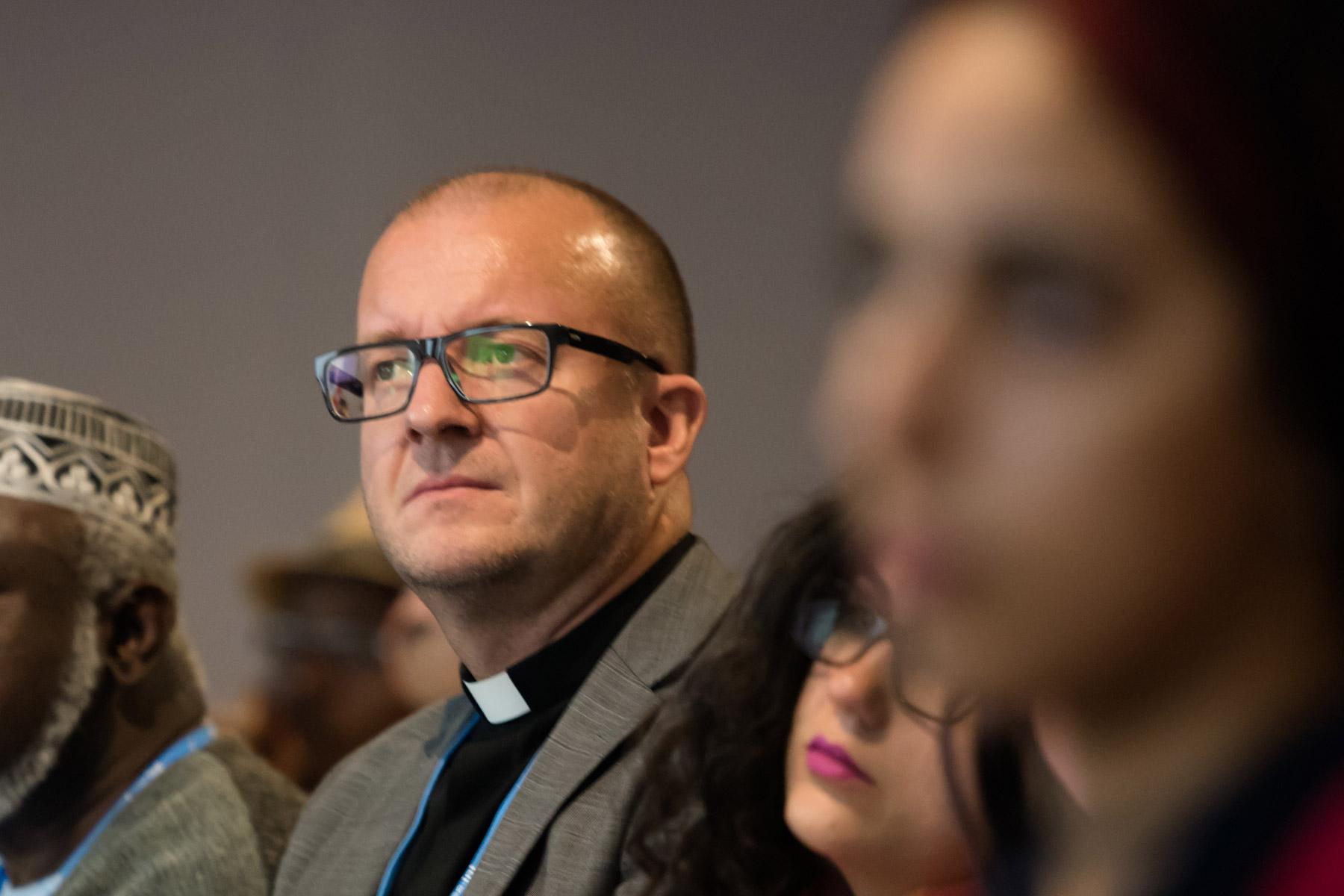 In the Church of Norway Rev. Einar Tjelle heads the Section for Ecumenism and Interfaith Dialogue and the Norwegian Interfaith Climate Network. Photo: LWF/Albin Hillert

Voices from the Communion: Einar Tjelle, Church of Norway

(LWI) - Shared commitment to care for the Earth yields not only fruits of the Earth but also the fruits of peacemaking, Rev. Einar Tjelle is convinced. In the Church of Norway, one of the 148 member churches of the Lutheran World Federation (LWF), he heads the Section for Ecumenism and Interfaith Dialogue. He is also Head of the Norwegian Interfaith Climate Network. During this year's "Season of Creation," he describes the advocacy work of his church on the local, national, and international levels to work towards climate justice and peace.

In your contribution to the Interdisciplinary Conference on "Sustainability and Climate in Religion" held in February this year in Bergen, you spoke about "a green diapraxis." Could you explain what this entails, particularly in the Norwegian context?

Care for creation and the fight for climate justice require all of us to act together. Interfaith and interdisciplinarity approaches are urgently needed. A green diapraxis is a journey of diverse partners, sharing and cooperating in the field of environmental care and spirituality – and doing joint advocacy.

Focusing on praxis first can often open doors for a better dialogue between religions. The Norwegian Interfaith Climate Network has, among others, contributed to joint statements and articles, shared practical tools, and facilitated interfaith pilgrimages. Also, it is a partner of and contributes to building the Hope Cathedral, which draws attention to plastic pollution in the sea and aims to raise hope for the Ocean.

The Church of Norway and the Norwegian Interfaith Climate Network have been attending the COP meetings regularly, doing advocacy. What has been achieved, both nationally and internationally with this engagement?

I think it is a strong symbolic statement to travel to these conferences and do interfaith advocacy together. Few other delegations do this. Norwegian Church Aid was one of the key facilitators to the African interfaith rally "We have faith – Act now for climate justice" during COP17 in Durban 2011. The interfaith green mobilization has developed over the last decade, with many additional faith actors joining.

One vital impulse was Pope Francis' encyclical letter Laudato Si from 2015, which challenged and encouraged politicians and faith traditions all over the world. I don't think that the 2015 Paris Agreement, which requires all parties to put forward nationally determined contributions (NDC) to reduce climate impact, would have been possible without such strong voices from faith leaders.

The Church of Norway has close relations with the formal Norwegian climate delegation to the UNFCCC (United Nations Framework Convention on Climate Change). These delegates have a relationship of trust with us. We experience a willingness to listen to our input and to adjust positions.

One example of this is that the Norwegian government has increased its financial contribution to alleviating climate change and raised its commitment regarding the compensation for "loss and damage" in developing countries.

Also, following Norwegian Church Aid's report titled "Norway's fair share of meeting the Paris Agreement," and a lot of advocacy work by NGOs and our network, the Norwegian government announced a target of 50-55% for the mitigation of greenhouse gases by 2030.

What have been effective strategies for raising awareness among the members of the Church of Norway, and encouraging them to participate in these efforts?

It is not an easy task. Many of our members still don't care much about climate justice or are critical about certain aspects of these efforts. However, things are changing slowly. A keyword here is "integration." Deacons, pastors, faith educators are integrating environmental and ecological factors in their sermons and praxis. About 300 congregations have chosen to be Green Congregations, attempting to incorporate ecological praxis and green theology locally. Many of them had taken an active part in the Climate Pilgrimage advocating for an ambitious and just climate deal 2015 in Paris. Confirmation classes participate in our annual Lenten Campaign and discuss environmental and justice themes. Interfaith dialogue is also growing at the grassroots in Norway. However, there is still a lot of potential for green diapraxis in these areas.

Norway's wealth is – to no small extent – based on oil and gas production, i.e., fossil fuels. Yet the country is also regarded as a climate pioneer. How does Norwegian society transition to renewable energy?

It is the proverbial "elephant in the room." There is an extensive debate about the need to transition to renewable energy quickly and not further exploit unused resources of fossil fuel. It is a sensitive issue for the Church of Norway: many of our members are working in the oil industry, and we must act wisely. Some official statements from the church take a clear stand, but some church leaders are vaguer. This is, of course, a dilemma.

Our Sovereign Wealth Fund has recently divested from coal and is pushed – amongst others by the Church of Norway – to progressively invest more in renewable energy and economies in the Global South. This shift is essential. And I think recent practical green politics in cities such as Bergen and Oslo are valuable steps. We have achieved a lot, and these efforts are contributing to eco-friendly attitudes and practices among our citizens.

The Coronavirus disease (COVID-19) pandemic has had a dramatic effect on societies and economies worldwide. Also, opportunities to meet, demonstrate, or raise public awareness in ways many people were used to were curbed drastically. Do you see this as a threat or as an opportunity for climate justice advocacy?

I think it is too early to evaluate this. Norway has not been very hard hit, but the pandemic is not over. Yet, it will hopefully end sometime. The climate crisis is a much bigger threat, gaining force inexorably. I worry about a dangerous lack of attention and financial effort to combat the climate and biodiversity crisis.

During the pandemic, we have seen grounded planes, wild animals visiting the cities, clear blue skies above New Dehli. I truly hope we have learned from this, but I am not sure. Following the financial crisis of 2008, production rates and pollution increased steeply shortly after.

I am convinced that our churches have many opportunities to integrate aspects of ecological justice in praxis and theology. "As you did to one of the least … you did to me," Jesus said in Matthew 25. Today, he would probably include vulnerable animals and creation in danger of extinction in his strong wording. As we have learned, the COVID-19 pandemic might have its origin in a context where there is too much commercial pressure on wild animals. All creation is made by God, and it will participate in salvation – see Romans 8,19-22.

Together with all people of faith and goodwill, we should mobilize even stronger in the coming decade, using the common framework and tools provided by the UN Sustainable Developments Goals and the Paris Agreement. Our contributions are urgently needed to walk the Earth gently and leave no-one behind.

The Church of Norway is a committed member of the global LWF communion, and together we can make a difference!