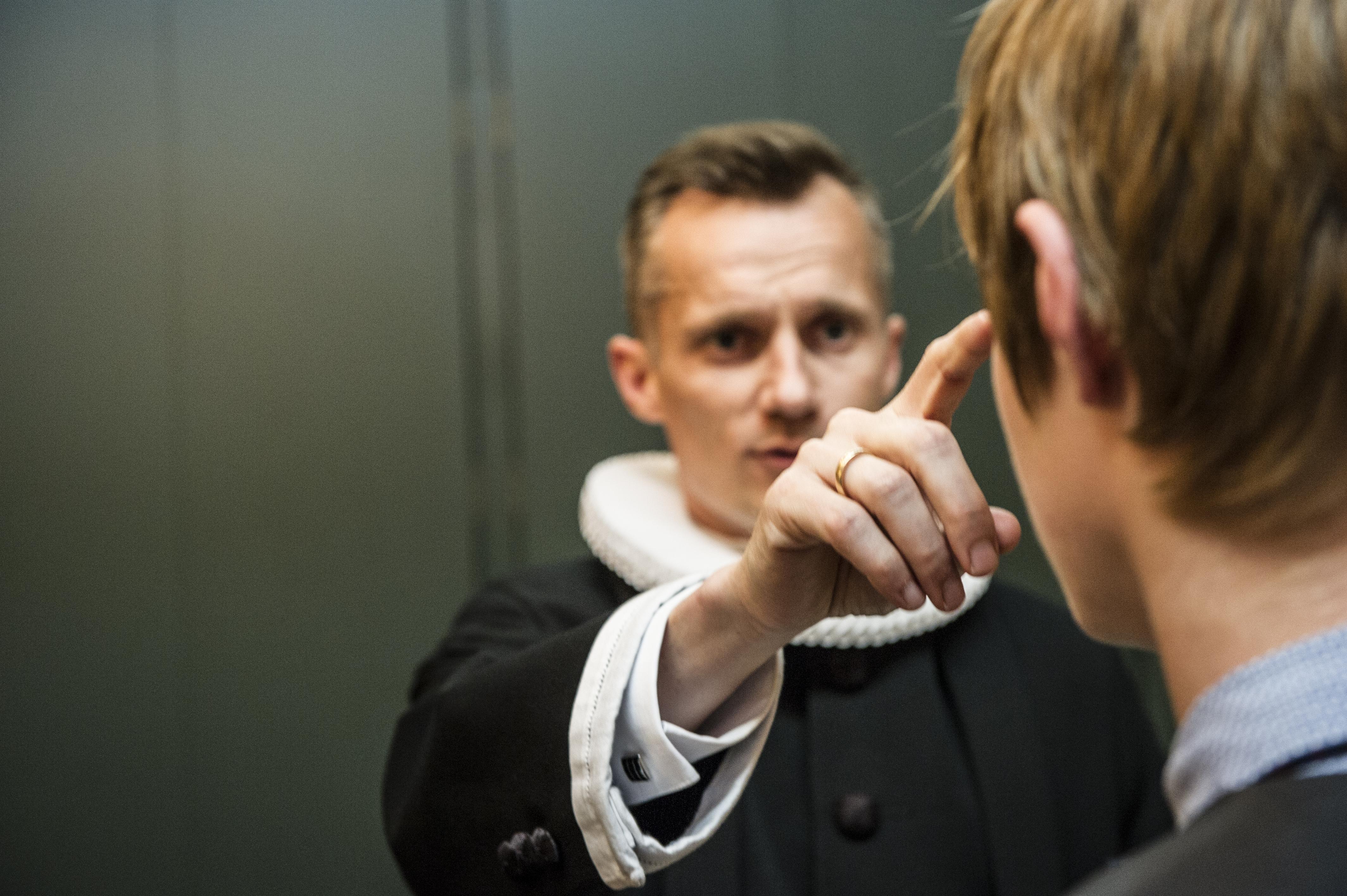 âBaptism in times of changeâ is a joint project of the Lutheran national churches in Sweden, Iceland, Finland, Norway and Denmark. Photo: folkekirken.dk

(LWI) - Bishop Emeritus Kristján Valur Ingólfsson of the Evangelical Lutheran Church of Iceland (ELCI) gently ushers a toddler out of his home office, while pointing out that his grandchild was a “baptized one.” The toddler made an unexpected appearance during one of five webinars which seeks to study and ultimately reflect on the decline in the number of baptisms among Nordic churches.

“Although baptism is not something that is practiced automatically by everyone, the experience of the Nordic churches shows that there is a deep longing to discover the meaning of this washing of water connected to God's promise,” said Rev. Dr Ireneusz Lukas, LWF Regional Secretary for Europe.

In webinars that began in March and will conclude in May, researchers, analysts, church leaders and social science practitioners analyzed research materials and surveys that show in recent years, more parents are not baptizing their infants.

At the same time, there is an increase in youth and adult baptisms indicating that parents may be allowing children to make the decision to be baptized later.

The numbers confirm the decline

Using statistics from research and comparing the number of newborns to church records of the number of baptisms, a drop in the rate of infant baptisms is evident, reflecting a declining interest in church rituals for the birth of a child.

As an example, in Denmark baptisms of children up to 1 year old dropped from 77.2 percent in 2000 to 58.7 percent in 2018 according to the report, “Development in baptism in the last two decades” compiled by Jonas Adelin Jørgensen, Secretary of the baptism project, Evangelical Lutheran Church in Denmark.

A summary from The Evangelical Lutheran Church of Iceland pastoral records shows that baptisms in 2019 dropped to 48 percent from 93 percent in 2000. Eighty-nine percent of the infants born in 2019 were ELCI members.

The other Nordic churches have also experienced the decline.

“I no longer believe in the creeds of the church.” “I will allow my child to choose their religion.” “My partner is not Lutheran.” These are a few reasons parents gave in surveys conducted by some of the participating churches for not baptizing their infants.

The five Nordic Lutheran churches had similar statistics, but the possible causes of the decline in baptisms were diverse. Factors ranged from urbanization to low church attendance and changing social, traditional and theological trends within the region.

Presenting the Norwegian context, Ida Marie Høgh, professor in sociology of religion at the University of Agder said that there are three important changes that may influence a parent’s decision not to baptize an infant in Norway.

First, the way in which parents relate to the church is changing, secondly a consumer society, and third, changes in parenting that respect the child’s voice have resulted in a “crisis of transmission [of tradition] from one generation to the next.”

Further explaining the effects of a consumer society, professor Høgh suggested that “consumer societies lead people to demand beliefs and practices that stimulate enjoyment and deal with stress.” “The church’s response to the changes has been to provide individual emotional experience to their members,” Høgh noted.

In order to celebrate the life of a new baby, some parents are asking the church to simply bless the child or opting for simple naming ceremonies. Some Nordic church leaders were concerned that parents may believe such ceremonies can replace baptism.

The panel of presenters in the third webinar titled, “Bless, not baptize” agreed that both could be offered by the church.

Rev. Terje Hegertun, professor in systematic theology at the MF Norwegian School of Theology, Religion and Society suggests that the church provide teachings and activities that lead up to baptism, even at an older age.

Although the church in Iceland does not have an official ordinance for infant blessings, blessings can be done with an understanding of the parents that “the blessing is not a replacement for the baptismal font and that baptism would be the decision of the child to receive later in life,” Ingólfsson said.

The ritual of baptism is one of our most inclusive rituals. We distribute all the different roles to the participants involved in a baptism, combining the personal with the shared agenda.

One question the Church of Sweden receives often is “How much do we need to believe, as parents, in order to baptize our child?”

“We believe this mirrors society at large,” Rev. Christina Grenholm, Secretary for the Church of Sweden and professor of systematic theology, said.

“The ritual of baptism is one of our most inclusive rituals. We distribute all the different roles to the participants involved in a baptism, combining the personal with the shared agenda,” Grenholm added.

The larger project, “Churches in times of change” implements, on a regional level, the resolution adopted at the LWF Twelfth Assembly in 2017 that calls on churches to create platforms for exchange and learning about the changing church in the face of secularization and other societal and demographic factors.

“The project focuses on how the washing of water in the name of the Triune God, amid the gathered Christian assembly, is at the heart of one’s entire life as a Christian,” Lukas said.