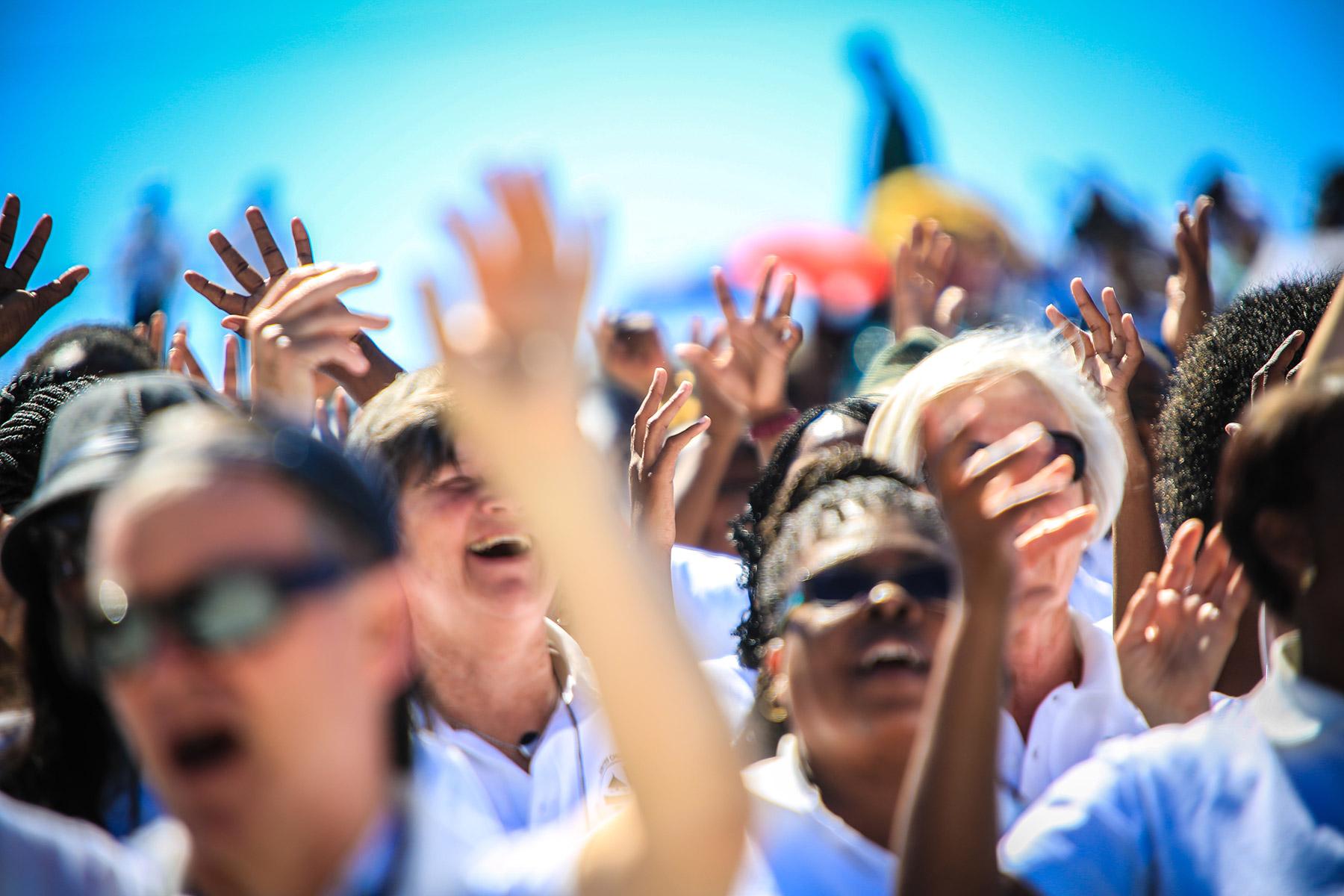 Global Commemoration of the 500 years of Reformation. Photo by: LWF/Johanan Celine Valeriano

(LWI) - The Lutheran World Federation (LWF) has more than 77 million members in its 148 member churches in seven regions. The figure, based on statistics provided by churches for the period ending in 2019, shows an overall increase of nearly 2 million members since 2017 when the last survey was conducted.

The average increase of 2.5 percent can be attributed to a general growth in church members in the global South. There was an overall membership decline in churches mostly in the global North. The total number of members in LWF’s churches at the end of 2019 was 77,493,989 while the 145 member churches in 2017 had 75,561,552 members.

In Latin America and the Caribbean (LAC), membership in the 19 churches in 18 countries in the region registered a small decline of one percent to reach a total of 755,924 members.

Similarly in North America, a relatively low membership decline in the two LWF member churches in Canada and the United States put the total of church members there at 3.65 million. The region had 3.67 million members in 2017.

The three LWF’s regions in Europe had a combined total of over 32.5 million members among the 41 churches there, a 3.2 percent decline from the 2017 figure of 33.6 million members. Central Eastern Europe, with 16 LWF member churches in 21 countries, had more than 1.1 million members in 2019 while the total in 2017 was 1.2 million. The region includes the Federation of Evangelical Lutheran Churches in Russia and Other States or ELCROS, which has regional churches and congregations in 10 countries.

"Count on each other”

The six LWF member churches in the six Nordic region countries represent the highest percentage of Lutherans in the population there, between 58 and 75 percent. All together, they had slightly over 18 million members in 2019, a 2.2 percentage drop from the 18.4 million in 2017.

When we count our numbers, we do so in order to better understand where we need to count on each other, supporting each other in God’s holistic mission in our different contexts.

Reflecting on the statistics, LWF General Secretary Rev. Dr Martin Junge expressed gratitude to the innumerable workers in the communion’s churches, lay and ordained, sharing the gospel message of liberation by grace alone through Jesus Christ. “Reformation is truly a global citizen,” he added. “When we count our numbers, we do so in order to better understand where we need to count on each other, supporting each other to carry out God’s holistic mission in our different contexts.”

The LWF also relates to 10 recognized congregations and churches, as well as two recognized councils in the European and LAC regions. The Lutheran communion is present in 99 countries, across seven geographical regions and a diverse array of contexts.