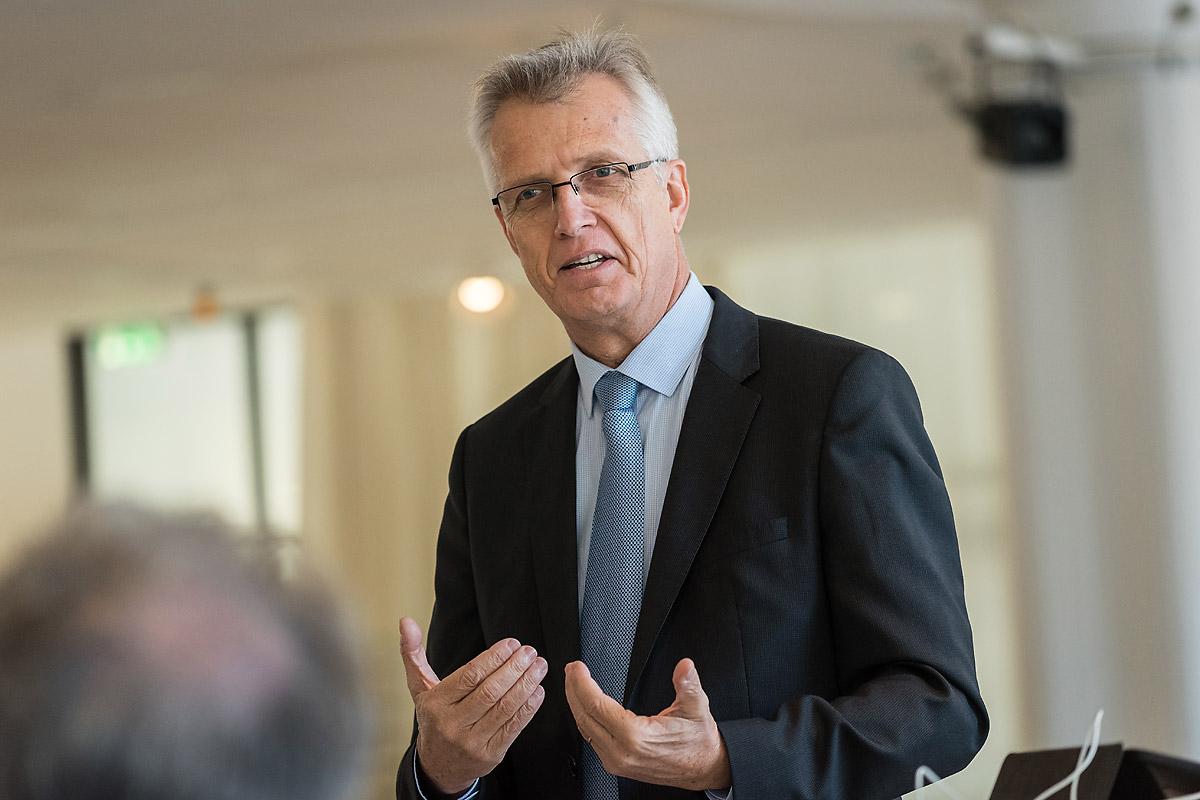 Recognition of a “patient bridge-builder between the continents”

The prize awarded by the city every three years since 1985 recognizes individuals who have made significant contributions to promoting peaceful coexistence of different religions and cultures.

“I feel honored and I’m grateful for the Augsburg Peace Prize. It encourages us in the Lutheran World Federation and me personally to continue on the path of reconciliation between churches and religions,” Junge said upon receiving news about the award.

Announcing the 2017 laureate, Mayor Gribl described Junge as a “patient bridge-builder between the continents, who, due to his theological influence and his roots, connects Europe as the global north and South America as the global south.”

A patient bridge-builder between the continents, who, due to his theological influence and his roots, connects Europe as the global north and South America as the global south.

The prize, Junge said, “is a fitting tribute to LWF’s active ecumenical and interfaith engagement, from which I have learned that dialogue pays off.” He went on: “Whether it is between people or between communities of faith, sustained dialogue leads to growth in trust and mutual understanding, and is the key catalyst for overcoming differences.”

The general secretary referred to LWF’s humanitarian work with different faith communities and collaboration with Islamic Relief Worldwide as indication of “the Lutheran communion’s affirmation that people of faith can and do work together for people in need.”

He described the rapprochement between the LWF and the Roman Catholic Church over 50 years of dialogue as an important example. “The 2016 Joint Commemoration of the Reformation in Lund by Lutherans and Catholics and the signing of the “Wittenberg Witness” with the World Communion of Reformed Churches are important recent milestones to recommitting and expressing anew the spirit that inspired the Peace of Augsburg,” Junge added.

Referring to the Religious Peace of Augsburg (1555) and the signing of the Joint Declaration on the Doctrine of Justification (1999), Junge underlined the significance of the city, stating: “Augsburg stands for the efforts made by Catholics and Lutherans to achieve peace. In this spirit, let us continue on this journey together.”

The general secretary expressed his conviction that “working towards unity, leaving conflict behind is a powerful contribution to peacebuilding in a world that struggles with conflict, division and corrosive discourse.” People of faith are perfectly equipped to take up such responsibility “since faith draws us into relationships of mutuality and solidarity. We should just continue daring to prophetically live into this call of faith – more so in these times.”

Regional Bishop Michael Grabow of the Evangelical Lutheran Church in Bavaria, who is responsible for the Augsburg district, and chairperson of the peace prize jury, praised Junge as an expert on the theological and church tradition of European Lutheranism that is strongly inspired by Latin American theology.

“His thinking and acting links a conscious spiritual character of the church with an active responsibility for the world. At the same time, he is a powerful actor for a globally defined self-understanding of the Lutheran church,” Grabow said of the Chilean theologian.

Junge will be presented with the Augsburg Peace Prize at a ceremony in the city on 21 October this year. The winner is selected by a jury comprising Augsburg city officials and regional church representatives.

Official Press Release from the city of Augsburg

“We need a miracle. We need peace”
news