“We need a miracle. We need peace” 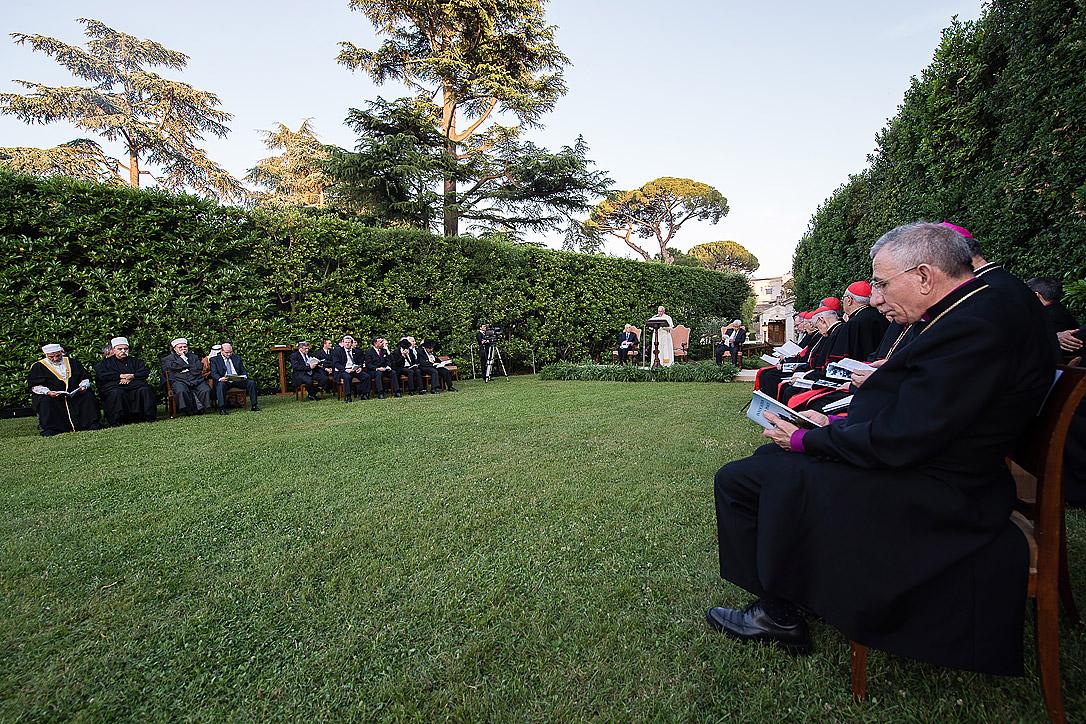 LWF President Bishop Munib A. Younan (right) attending the prayer for peace in the Middle East at the Vatican. Photo: Osservatore Romano

LWF President Bishop Munib A. Younan Reflects on Prayer for Peace in the Middle East

(LWI) - On 8 June 2014, Pentecost Sunday, Bishop Dr Munib A. Younan joined the prayer for peace in the Middle East with Pope Francis, Israeli President Shimon Peres and Palestinian Authority President Mahmoud Abbas. The invitation was issued by Pope Francis on his visit to Jerusalem.  Younan, who is Bishop of the Evangelical Lutheran Church in Jordan and the Holy Land, is also the President of The Lutheran World Federation (LWF).

“It was a good initiative,” Younan said. “Religious leaders do not bring peace to the Middle East, but peace also cannot be achieved without them. We have a deadlock in the negotiations, the Americans called for a pause. It was good to take the time and pray together.”

The prayer was held in Hebrew, Arabic, English and Italian. Both, Peres and Abbas added their personal prayers to present their reality, Younan recalls. “I was very moved when I saw that Mahmoud Abbas hugged and kissed Peres,” he said.

Although it was a special sign of unity, Younan also recalls a tense atmosphere. “Such a long conflict does not go without fear, insecurity, hatred, hurt and wounds,” he said. “This was reflected. They were carrying the hurt of their people under their skin.”

“Fear and insecurity lead to extremism,” Younan added. “I am afraid that if we don’t have peace soon, the consequences will be very dangerous. We need a miracle. We need peace.”

“The problems we have are very serious. The prayer was a symbolic gesture, it showed that peace is possible,” Younan said. “This is a power of spirituality. Through the exercise of prayer we see the image of God and are able to mutually recognize each other’s humanity. Only then the Holy Land can become the Land of Milk and Honey for both peoples, Palestinians and Israelis.”

Sweden: Don’t go down the road of hate speech
news