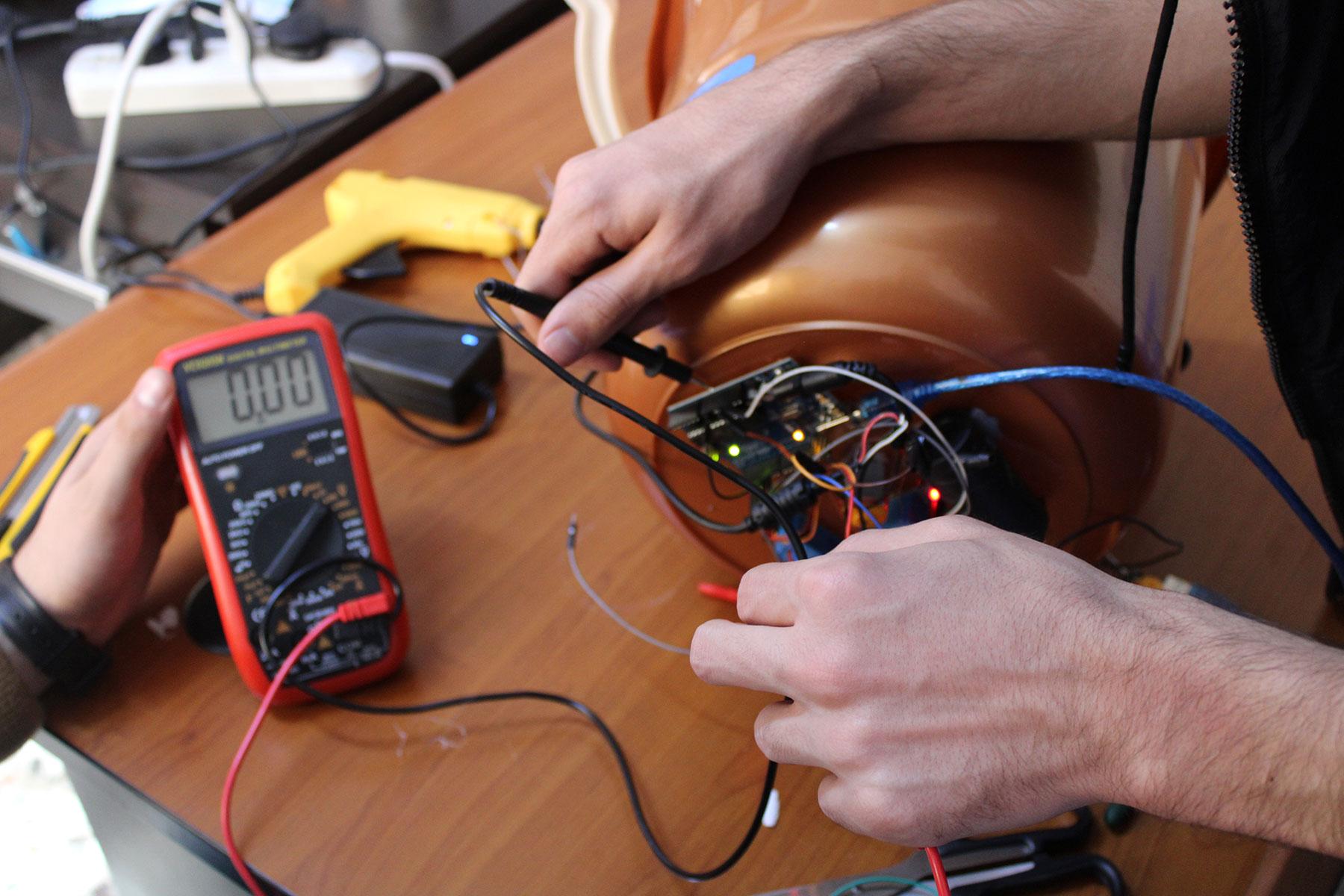 (LWI) - When 15-year-old Rawan from Jordan noticed an increase in home fires in her neighborhood, she created heaters with sensors that would warn people when dangerous levels of gases are detected in the air.

Rawan is one of seven Syrian and Jordanian students who won prizes from May to October 2020 for their inventions during the “Innovation Lab,” a special project at the Zarqa Community Centre, a Lutheran World Federation community center in Jordan. The project is supported by the Manitoba Council for International Cooperation and the Canadian Lutheran World Relief.

The public education system in Jordan is struggling to accommodate the needs of 230,000 Syrian school-aged children due to an influx of neighboring Syria and Iraqi refugees in the last nine years.

The “Innovation Lab” is a project that mentors Syrian and Jordanian youth, fosters collaboration between Syrians and Jordanians offering a diverse team environment and a safe place for youth to develop creative solutions to everyday problems.

Innovations were required to address issues related to community safety, gender equality, the environment, livelihoods, health and nutrition, or community leadership and governance.

“I wanted to help people with disabilities. Every day, I saw the difficulties of a blind man in the neighborhood,” says Samir, whose family came to the city of Zarqa from Syria in 2013. Samir worked independently on a device called the “smart hand”, which alerts a blind or visually impaired person with a buzzer and vibrations of obstacles in their path.

The teams of young inventors received advice from a project trainer, as well as technical support from professionals. Samir plans to further develop and improve the device, adding extra features in the future.

Other prize winners included, Adnan, 14, and Malva, 15, both from Syria focused on the environment by developing a container that separates recyclable metal from other waste. “We wanted to improve the recycling approach and reduce the waste, thereby developing a green initiative,” said Malva.

Finally, Ahmed, 12, also from Syria, won a prize for his creation, a mobile device which uses solar energy to heat food on camping trips. “It was not an easy task, as it was difficult to find good material for the initial idea and to propose it to the community,” Ahmed recalled. “However, I am happy with the final result.”

Along with technical and educational support, the three LWF Jordan community centers in Zarqa, Zaatari and Irbid address the psychosocial needs of refugee and host community children and their caregivers, with comprehensive programming including structured psychosocial support, recreational activities, and life skills development.

*Participants’ names have been changed.