From Conflict to Communion 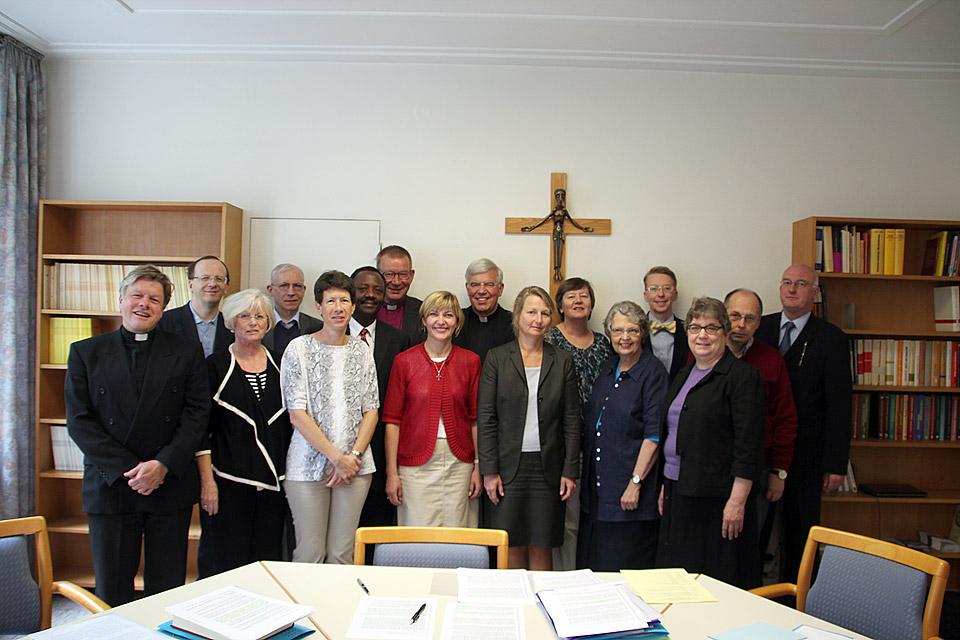 As they approach the 500th Anniversary of the Protestant Reformation in 2017, Lutheran and Roman Catholic representatives affirmed that through baptism Lutherans and Roman Catholics are bound to each other as members of the one body of Christ.

The fourth meeting of the Lutheran-Roman Catholic Commission on Unity took place from 12–19 July in Paderborn, Germany. The commission gathers under the auspices of the Lutheran World Federation (LWF) and the Vatican’s Pontifical Council for Promoting Christian Unity (PCPCU).

The 500th Anniversary of the Reformation in 2017 will also mark 50 years of dialogue between the two churches, which the commission noted offers cause for celebration.

“Catholics and Lutherans struggle in the face of their division to achieve the full catholicity of the church,” the commission said in a 19 July communiqué.

“On the one side there is joy about the communion they already share and have been able to make more explicit during the 50 years of official ecumenical dialogue. On the other side there is the pain about what is still dividing. The division of Christians stands in the opposition to the will of God.”

However, the commission added that by “harvesting the fruits of the ecumenical dialogue,” Lutherans and Roman Catholics can celebrate the communion that has already been achieved, which the commission said is greater than what divides them.

At the Paderborn meeting, hosted by the PCPCU, the commission finalized the document, “From Conflict to Communion: Lutheran-Catholic Common Commemoration of the Reformation in 2017.” Plans are underway for the publication and release of the document.

In addition, an outline had been prepared in previous meetings for another project of the commission, a study on “Baptism and Growing Church Communion.” Papers on the topic received at the meeting at Paderborn will be helpful for the future work, the commission said.

Members of the commission worshipped at a Pontifical Mass at Paderborn Cathedral and then met with Auxiliary Bishop Matthias König to learn about the work of the archdiocese in the Westphalia region.

Peru: Ecumenical Impulse to Dialogue in a Fragmented Society
news