Great solidarity, and even more needs 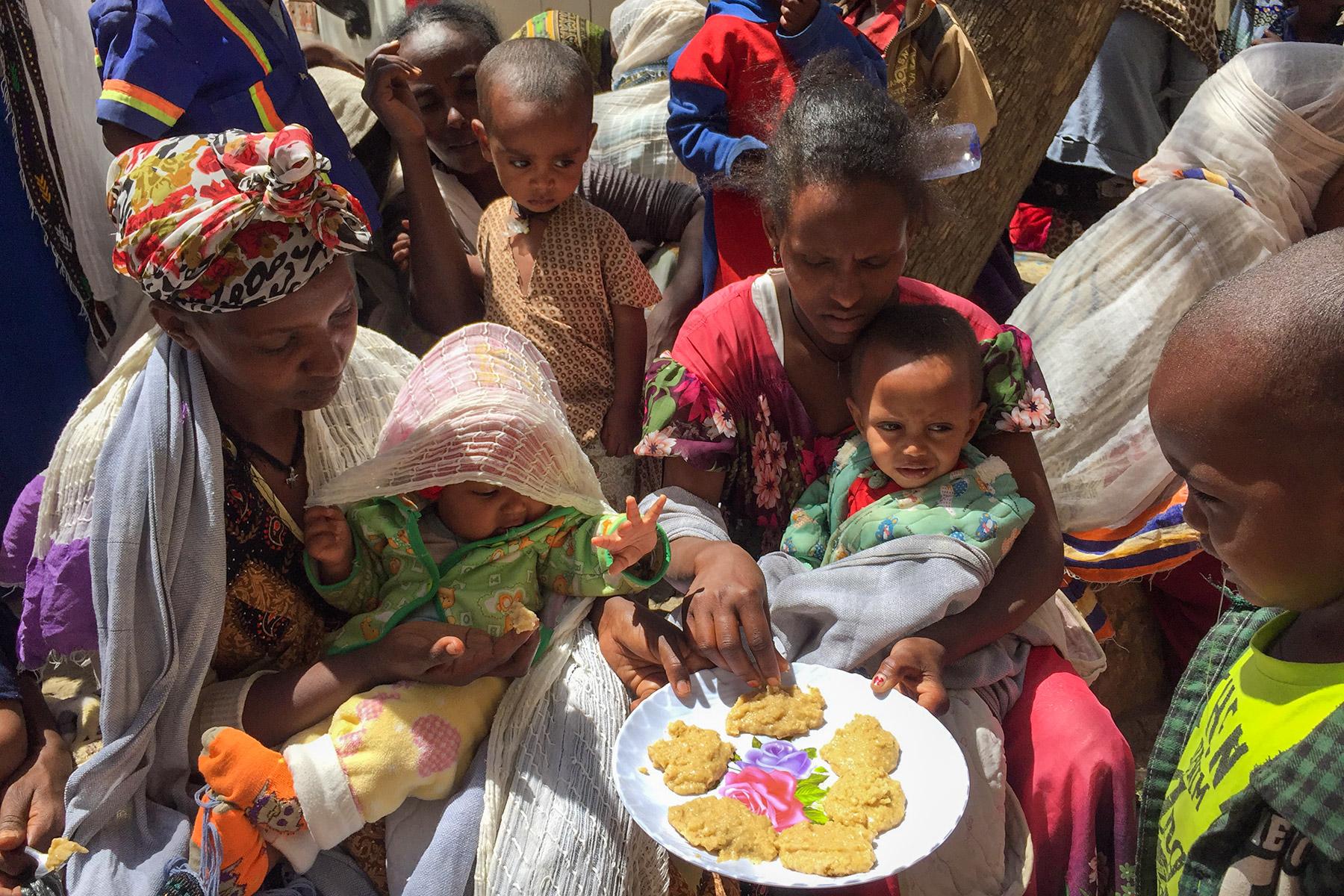 People taste the pancakes made in a cooking distribution with the enriched âFamixâ flour, distributed to displaced people in Tigray. All photos: LWF/ S. Gebreyes

Impressions from a visit to Mekelle, Tigray

Food is the highest priority in the camps for internally displaced persons (IDP) in Mekelle. The number of those spontaneously set up camps has grown from 14 at the end of March to a total of 21 by mid-April with IDPs arriving every day. This is particularly concerning due to the high concentration of pregnant women, nursing mothers and very young children.

Almost six months into the crisis, most of the IDPs are still dependent on the generosity of people and churches in Mekelle for food. This is commendable, but we must move towards a situation where they can prepare their own meals. That way families with small children can make sure they eat early in the morning, when they are hungry.

24 families in one room

In April, LWF and the EECMY/ DASSC jointly distributed food aid in in Mesobo and Ayder schools. Each family received 25 kg of flour, 2 litres of vegetable oil and 10 kilograms of “Famix”, a cereal-based food used for emergency supplementary feeding. The mix contains maize, wheat, soya bean, vitamins and sugar. The food distribution was preceded by a practical cooking demonstration and tasting.

I met some of the people at that time and asked them about the situation, and their thoughts of relocating to the new camp “Seba Care”. As many IDPs have been housed in schools until now, the camp is being built to accommodate the IDPs, and open the schools for students again. 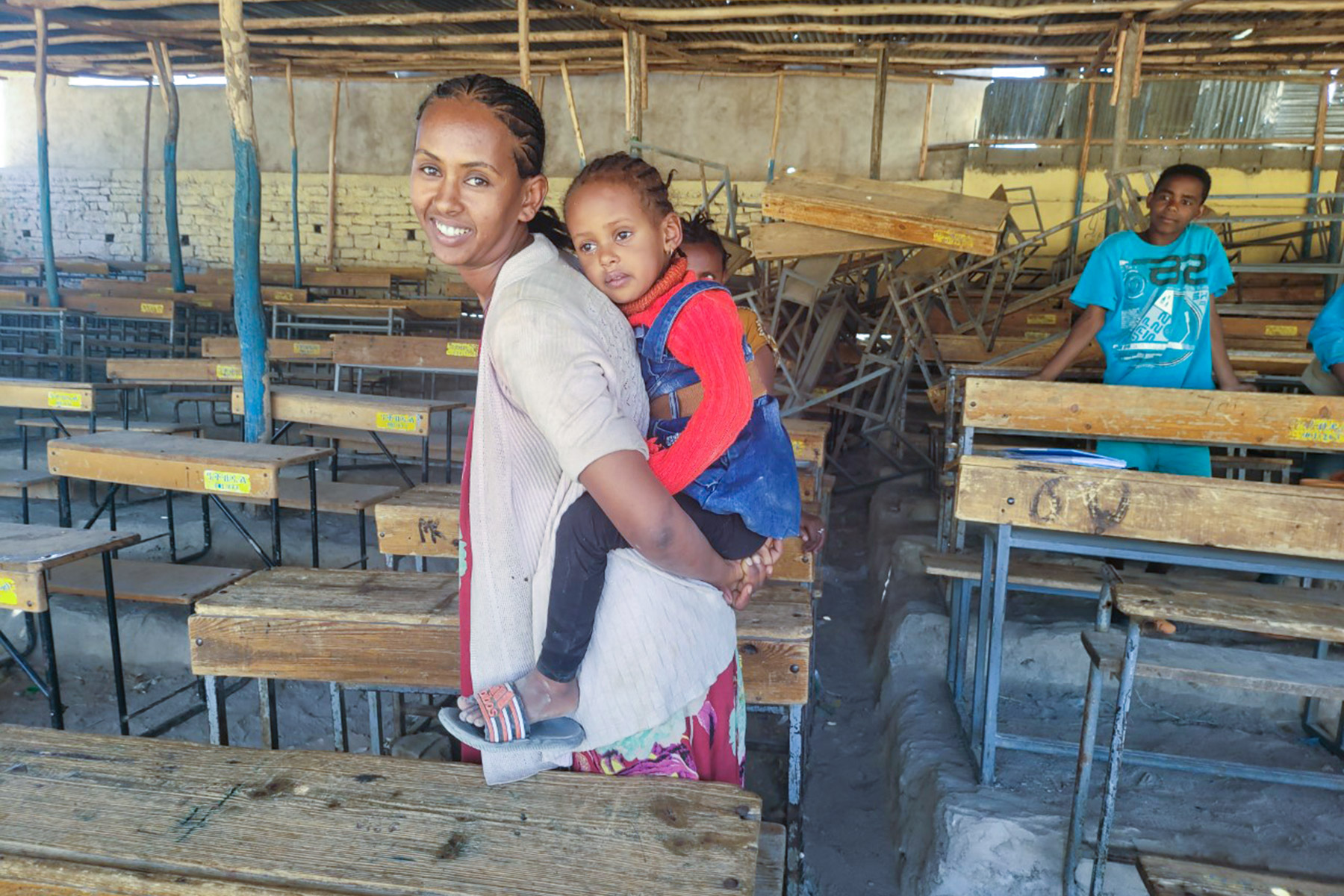 Awotash Gebre Michael, 30, came from Humera in Western Tigray four months ago with her husband Gidey Berhe 40 and their three children Nathnaël 12, Kaleab 7 and Eldana 2. They are farmers and used to grow sesame before they were forced to leave Humera. In Ayder School, Awotash lives with 24 women and their children crammed in one room, and no privacy whatsoever. There has not been any food distribution, the food they eat regularly comes from private people in Mekelle, and also the Cherkos Orthodox and Mekane Yesus churches. Without this Awotash says, they would have starved.

She hopes that in the new camp, they will be housed in individual houses, which would be better  than staying in Ayder school.

Longing to regain their dignity 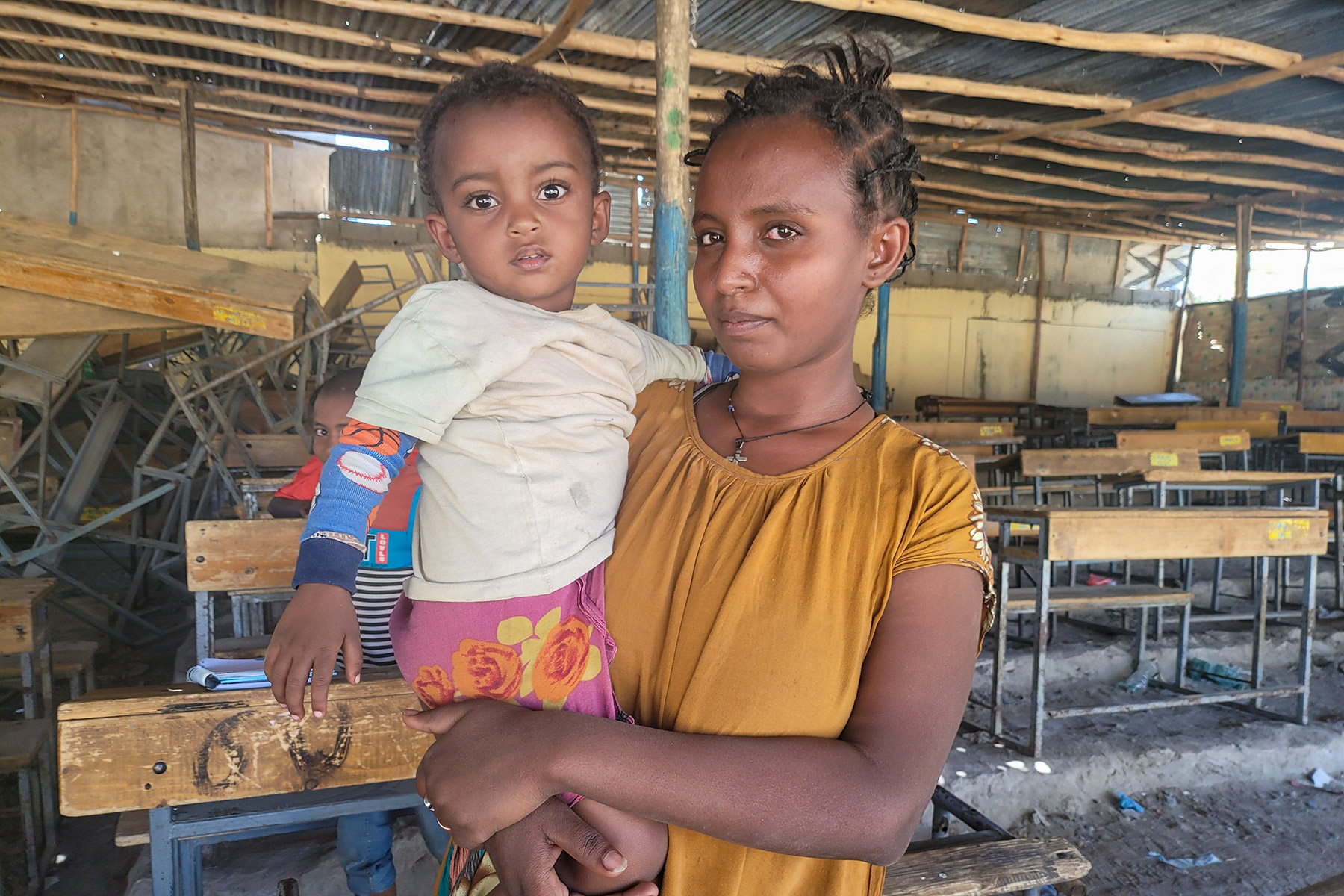 Helen Kahsay with her daughter Blen, who is sick with Tuberculosis.

Helen Kahsay, 22 is an accounting graduate and also hails from Humera. She is married to Kahse Gebre Tsadik, a teacher who is currently in Adwa. He did not travel all the way to Mekelle as men are often targeted by armed forces, so Helen left alone with their daughter Blen who suffers from tuberculosis. Helen is happy that now, with the Famix distribution, they can prepare the meals by themselves instead of waiting for hot meals to be delivered. Now she can decide when to feed her child. She longs for the day they can regain their dignity and no longer depend on handouts.

Fortunately, there are also good news. During this visit, I also had a chance to touch base with Siye Yonas from Adwa. I had met him during my first trip to Mekelle back in February, he is now working with our team as incentive staff. 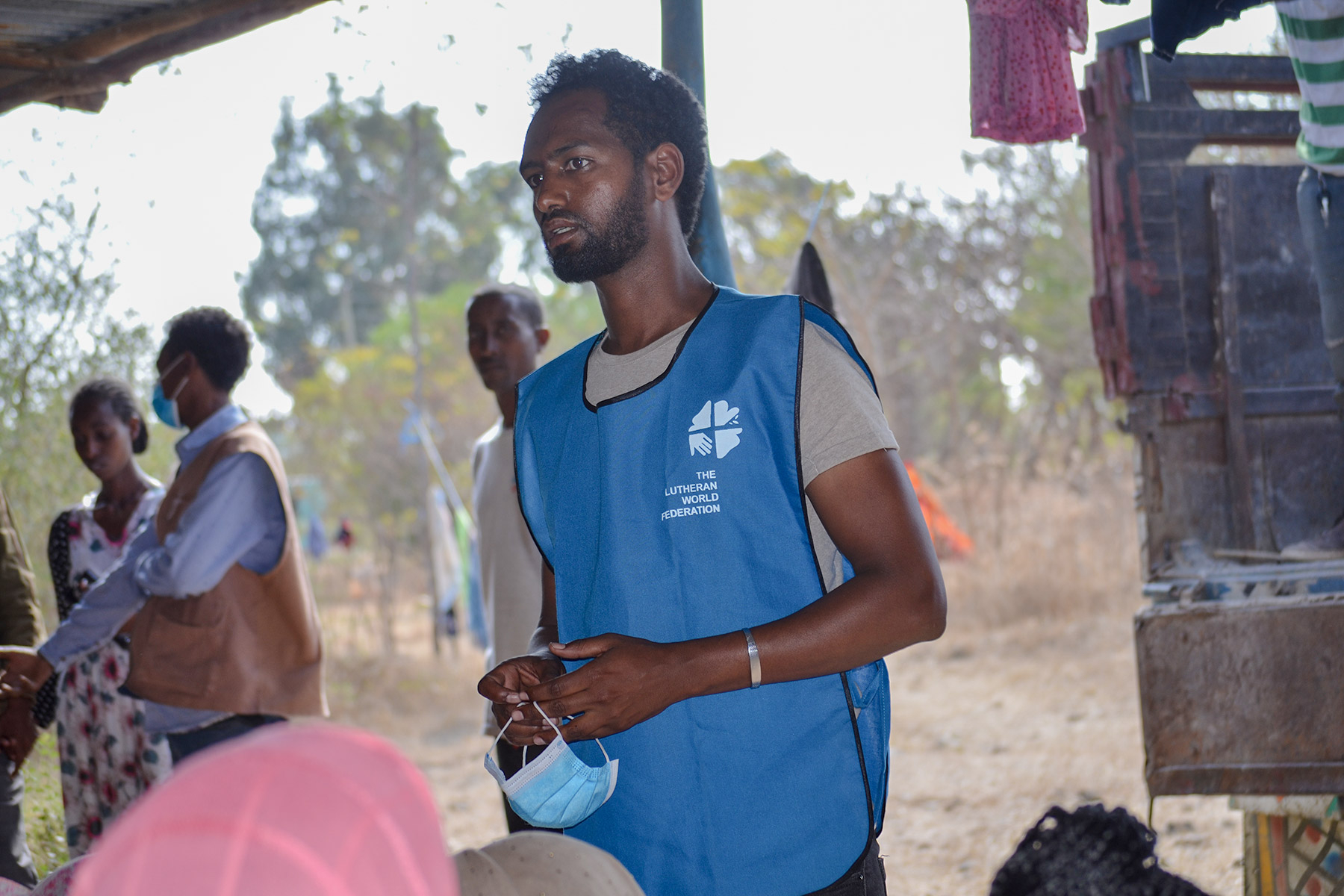 Siye was reunited with his wife and brother, who still struggles with severe trauma as consequence of the conflict. Siye’s wife, Asqual Tewelde, found work as a midwife in mobile health clinics conducting pre- and post-natal care and delivering babies.

When asked about the relocation plans, Siye reflects that, at this particular juncture, they have little choice. At least they would have their own space, and some privacy. Siye said that what they will miss the most is the very special connection they have established with the residents of Mekelle, who supported them during all that time. The new camp is situated at the outskirts of Mekelle.

So far it is indicated that there will be a total of 20 camps for all the displaced people in Tigray. Seba Care, where the people I talked to are supposed to move, is the largest. It has capacity for 30,000 people. The other camps will have a maximum capacity of 10,000 each. According to the Regional Bureau of Labor and Social Affairs, there are an estimated 1.7 million displaced people across the region (as of 27 March).

Putting the IDP in camps is of course the least preferred option, but for now there are no other durable solutions. The conditions in the schools, as described above are untenable. But resources are also needed to provide dignified living conditions in the new camps: The houses are made of timber and plastic sheets, which have been set up in a wide-open area. With the rainy season coming soon, there is concern of how muddy this would get and the risk of outbreak of diseases.

LWF intends to construct a solarized/hybrid water supply system in the camp. While the houses for the people are meant to be temporary, LWF would like to construct a water system which is durable. It will not only serve the camp, but also the host community nearby, and Mekelle city when the camp is no longer needed.

Please support our work, with your prayers and donations!