Welcoming the stranger, living as neighbors 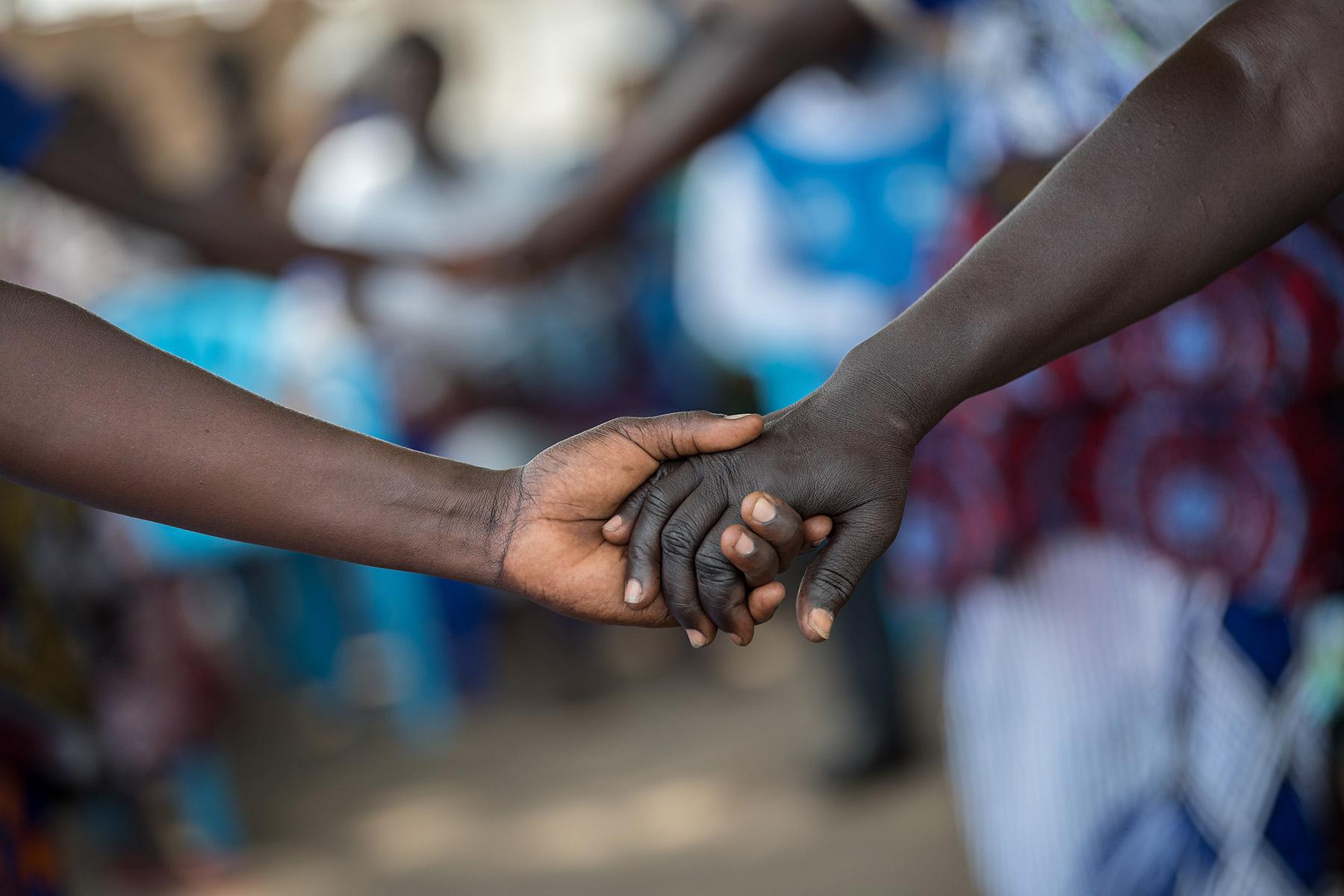 (LWI) - Faith communities are regularly the first responders when conflicts or emergencies strike and often they are the last ones on the ground too, continuing to rebuild local communities when other aid organizations move out. That is why Christian, Jewish and Muslim leaders are joining forces to strengthen their shared response to the world’s unprecedented refugee crisis.

On 8 April, Rev. Anne Burghardt, General Secretary of the Lutheran World Federation (LWF) joined the Chief Executive Officer of Islamic Relief Worldwide (IRW), Waseem Ahmad and the President of the international Jewish humanitarian agency HIAS, Mark Hetfield to discuss the inspiration behind a joint pledge that arose from the Global Refugee Forum (GRF) in 2019. Their pledge to step up interfaith cooperation was hailed as “a significant effort that will enhance shared responsibility, thanks to their global reach and representation on the ground.”

The online discussion took place as members of all three faith communities are marking one of the most important seasons of the liturgical year: for Muslims, the holy month of Ramadan, for Jews the start of Passover on 15 April and for Christians, the celebration of Good Friday and Easter Day. The conversation was a precursor to an international conference that their organizations will co-host in Geneva on 20-21 June, bringing together grassroots practitioners of faith-sensitive refugee protection and response.

Drawing on each other’s strengths

Speaking of the motivation driving this interfaith partnership, Burghardt noted that, in many countries, conflicts can be attributed to, or exacerbated by religious differences. At the same time, she said, “it is the language of faith which can bring about peace and reconciliation in a way which no other intervention can – and this is recognized by the broader humanitarian community.” She continued: “What is distinctive about our collaboration is that we want to draw on each other’s strengths to find ways to address the actual needs of refugees on the ground together.”

LWF first signed a Memorandum of Understanding with IRW in 2014, making it the first official partnership between global Muslim and Christian humanitarian organizations. The following year, they worked together following the earthquakes in Nepal to provide shelter and support for 12,000 of the most vulnerable and marginalized survivors. In 2018 they joined with other partners, including HIAS, the Church of Sweden, World Vision, UNHCR and the International Federation of Red Cross and Red Crescent Societies, to publish a faith-sensitive guide to humanitarian action.

HIAS President Hetfield spoke of the “special responsibility” of people of faith in mobilizing their communities to respond to refugee emergencies. Jews themselves have been refugees repeatedly over the centuries, he noted, “chased out time and time again” and often able to take with them “only their faith traditions and their holy scriptures.” Faith-based organizations can respond to today’s crises alone, he said, “but we are so much more powerful when we do it together.” He cited the Greek island of Lesbos as an example of where HIAS and Islamic Relief USA joined forces to ensure access to protection and assistance for the most vulnerable refugees there.

Ahmad from IRW spoke about the challenges of making secular organizations and agencies aware of the vital work that faith communities do as first responders in emergency situations. He noted that donors are often more concerned about compliance with guidelines and regulations than about empowering those first responders to meet the needs of refugees and displaced people. After witnessing first-hand the response of faith communities to survivors of the 2004 tsunami, he said IRW is pioneering a program to empower those first responders to fulfill the requirements of donor organizations.

All three faith leaders talked about the inspiration they draw from their scriptures which require believers “to welcome the stranger” and “to protect the oppressed.” Burghardt said “the Jesus story is a story of welcome and inclusion,” while Martin Luther “emphasized that we are liberated so that we can serve our neighbors in need.” When the LWF was founded in 1947, she noted, “one of the emphases was on the need to take care of refugees from the Second World War, and that priority continues to the present day.” 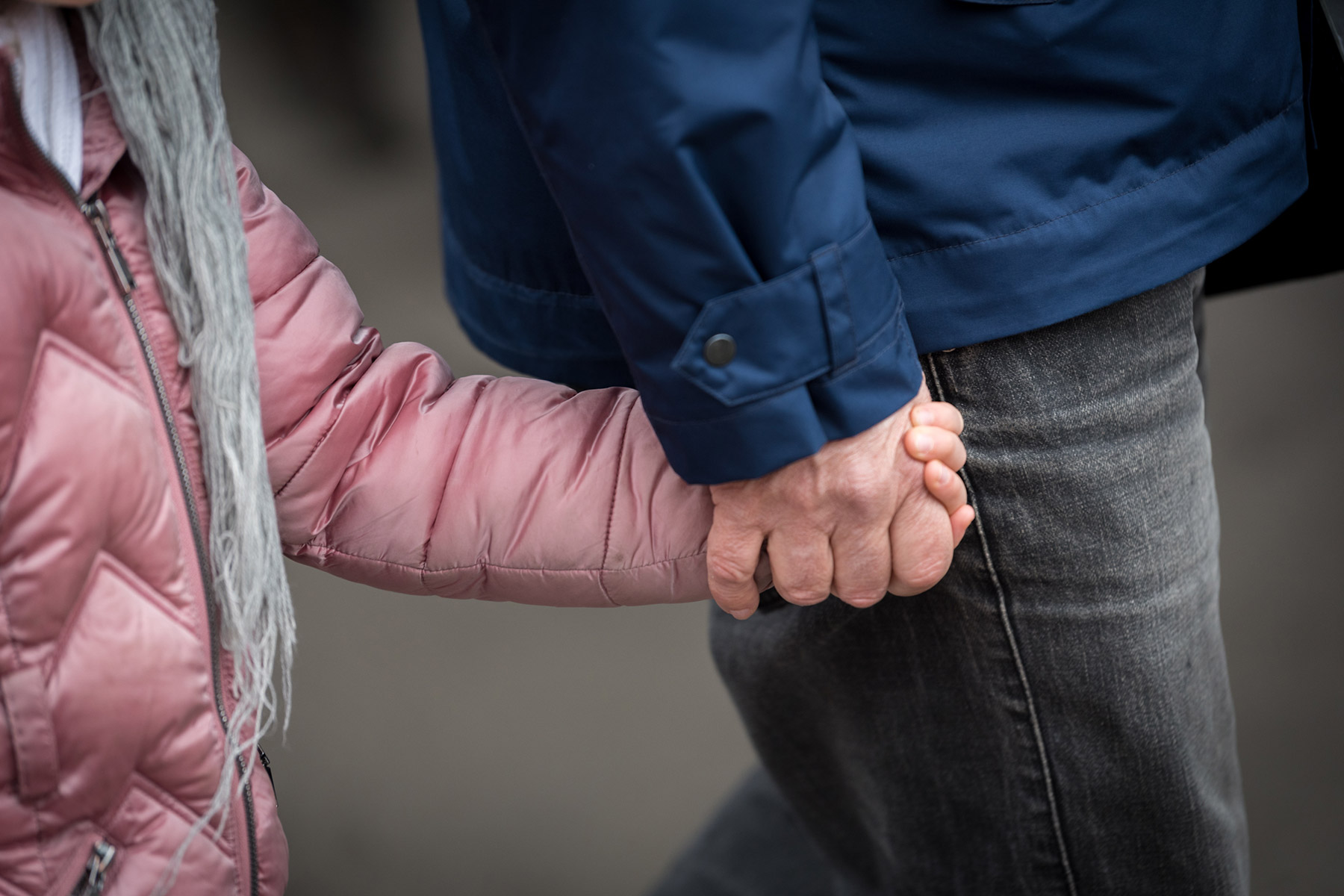 Modern day exodus: A man holds his daughter's hand as they walk through Nyugati station in Budapest. Since the start of the Russian invasion of Ukraine, the station has become a central entry point for refugees arriving by train from the Ukrainian border areas into northeast Hungary. Photo: LWF/Albin Hillert

Hetfield reflected that although the Torah was written thousands of years ago, “it speaks to the Jewish and the human experience of the 20th and sadly the 21st centuries.” The experience of exodus keeps repeating, he continued, but “we have a guide in our sacred books” to help people of faith become “part of the solution.” Ahmad also reflected on the Quranic teachings which require Muslims to serve their neighbors in need. “I believe this is a historic moment for us, as three faiths, to bring a message of peace and inclusion, to demonstrate that we are together in this,” he said.

While the plight of refugees fleeing Ukraine continues to dominate the news headlines, Burghardt insisted that the world must not forget about other ongoing conflicts and long-lasting crises. Speaking of her recent visit to Tanzania and Uganda, where she witnessed LWF’s work to empower mainly South Sudanese refugees, she said a key challenge is that of providing a “sustainable response” to combat a “syndrome of dependency” and enable people to build independent lives.

Faith is a force that can bring us together and this partnership will go a long way to providing a message of hope.

All the panelists shared the conviction that the contribution of faith communities is vital to the work of providing protection and support for vulnerable refugee and host communities. “For too many decades, international organizations have been afraid to acknowledge this role,” Hetfield said, but now they are starting to realize the importance of faith for this work. “Faith is a force that can bring us together and this partnership will go a long way to providing a message of hope,” Ahmad concluded.

The discussion was moderated by Anna Hjalm, program director of ‘A World of Neighbours’ network initiated by the Church of Sweden. Participants were welcomed by LWF program executive for public theology and interreligious relations, Rev Dr Sivin Kit and heard opening remarks by Mohamad Elsanousi, executive director of the Network for Traditional and Religious Peacemakers, as well as a response to panelists from Peter Munene, executive director of the Faith to Action Network.

HIAS vice president for humanitarian partnership, policy & practice Melonee Douglas concluded the event by highlighting the need to “work alongside each other to promote more and deeper discourse, partnership, diversity, faith sensitivity and faith literacy, as well as shared spiritual values to protect and support the world's most vulnerable in new and protracted crises.”