“Unity has its roots in God’s mission to the world” 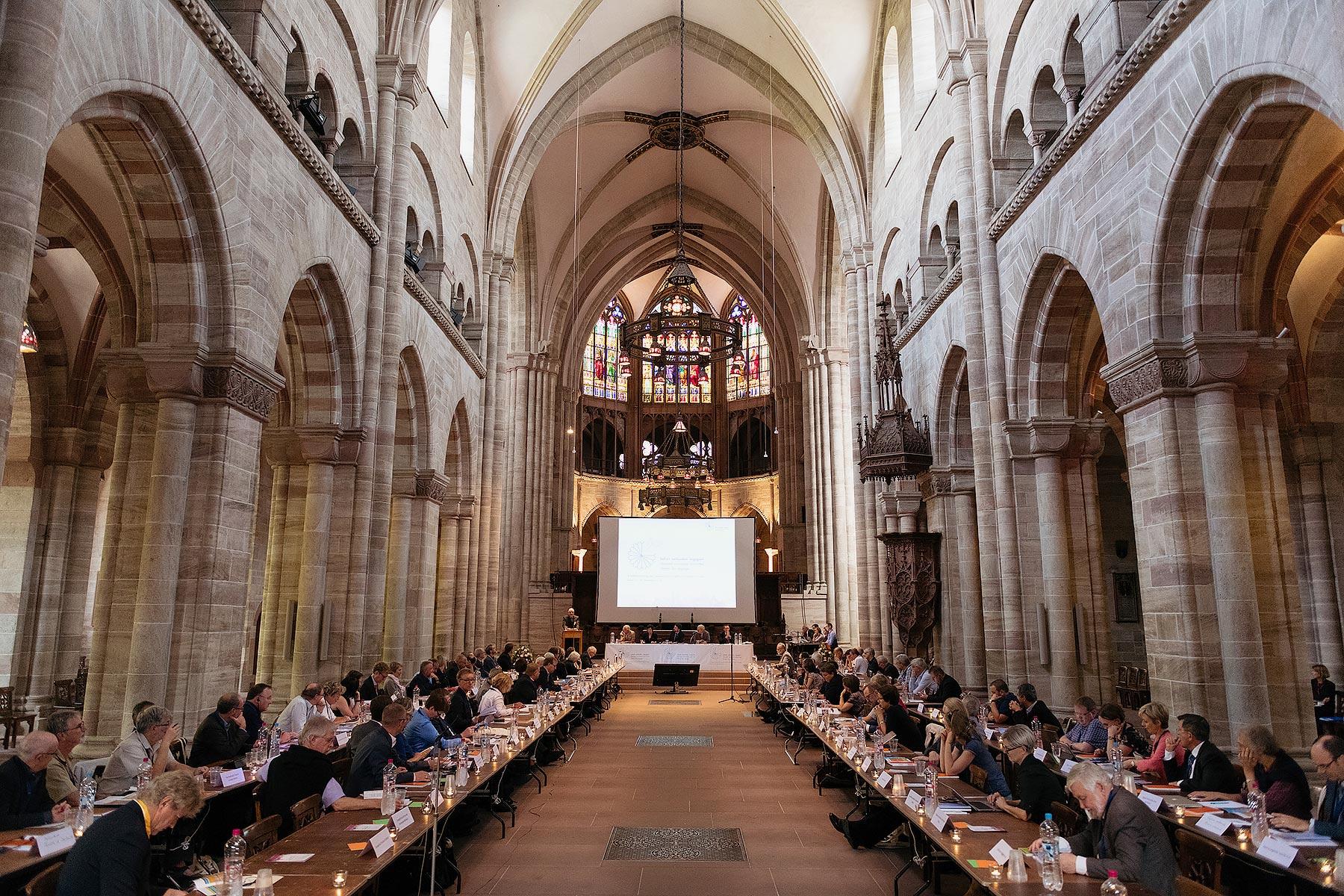 (LWI) Steadfastness in Christ means sticking to the call of unity as a prophetic witness in our fragmented world, Lutheran World Federation (LWF) General Secretary Rev. Dr Martin Junge has said in a greeting to the Community of Protestant Churches in Europe (CPCE).

Delegates from more than 30 countries have gathered in Basel, Switzerland, for the CPCE general assembly under the banner “Liberated, connected, committed” to celebrate fellowship, discuss the recent working period and to envision ways of promoting church unity.

The CPCE is the umbrella organisation of 94 Lutheran, Methodist, Reformed and United churches from over 30 countries in Europe and South America.

Rev. Dr Junge said CPCE describes unity as a witness to offer in our world. This resonates with the reflections of the LWF.

“The unity we seek is not an end in itself, but it has its purpose in God’s history and God’s intentions towards the entire creation. The quest for unity has its roots in God’s mission to the world.”

“More than ever before I believe that steadfastness in Christ means today to stick to the call of unity as a prophetic witness in our fragmented world.”

The present environment of fragmentation and polarization should not be derailing, Junge said. Churches should continue to seek common ground in Christ, “our only foundation”, he added.

The unity we seek is not an end in itself, but it has its purpose in God’s history and God’s intentions towards the entire creation.

A spirit of ecumenical accountability

Rev. Dr Junge referred to the 500th anniversary of the Reformation. He was grateful for the support from ecumenical relations in upholding the commitment of the LWF to approach the anniversary with a spirit of ecumenical accountability.

“Indeed, our history doesn’t begin 500 years ago, and there have been reformation movements prior and after the one we commemorated last year.”

“The Joint Commemoration of the Reformation which the LWF co-hosted with the Roman Catholic Church in Lund and Malmö on 31 October 2016 is one such expression of how other Christian World Communions have supported our quest not to withdraw from our ecumenical relations as we commemorate the anniversary, but to bring the richness and wealth of our bilateral dialogues to full fruition.”

The signature of the Wittenberg Witness with the World Communion of Reformed Churches in 2017 points at the same direction and constitutes an important basis for further cooperation. The Joint Declaration on the Doctrine of Justification, signed in 1999 by the Pontifical Council for Promoting Christian Unity and the LWF, has developed from a bilateral agreement to become a multilateral agreement, now with five signatories.

As Europe’s challenges and responses to those challenges do not end at its borders, CPCE meetings were of “pivotal importance”, Rev. Dr Junge said.

The CPCE is the umbrella organisation of 94 Lutheran, Methodist, Reformed and United churches from over 30 countries in Europe and South America. It represents around 50 million Protestants. It exists because of the Leuenberg Agreement of 1973, which concluded that churches are allowed to be different because they appeal to the Gospel as their common basis. This enables a Lutheran minister to preach from a Reformed pulpit or a French minister to lead a congregation in Germany.