Ukraine: “We just want the war to be over”

In Chernihiv, a region in northern Ukraine that was occupied for two months, families are still feeling the impact of the invasion and Russian occupation in the spring. 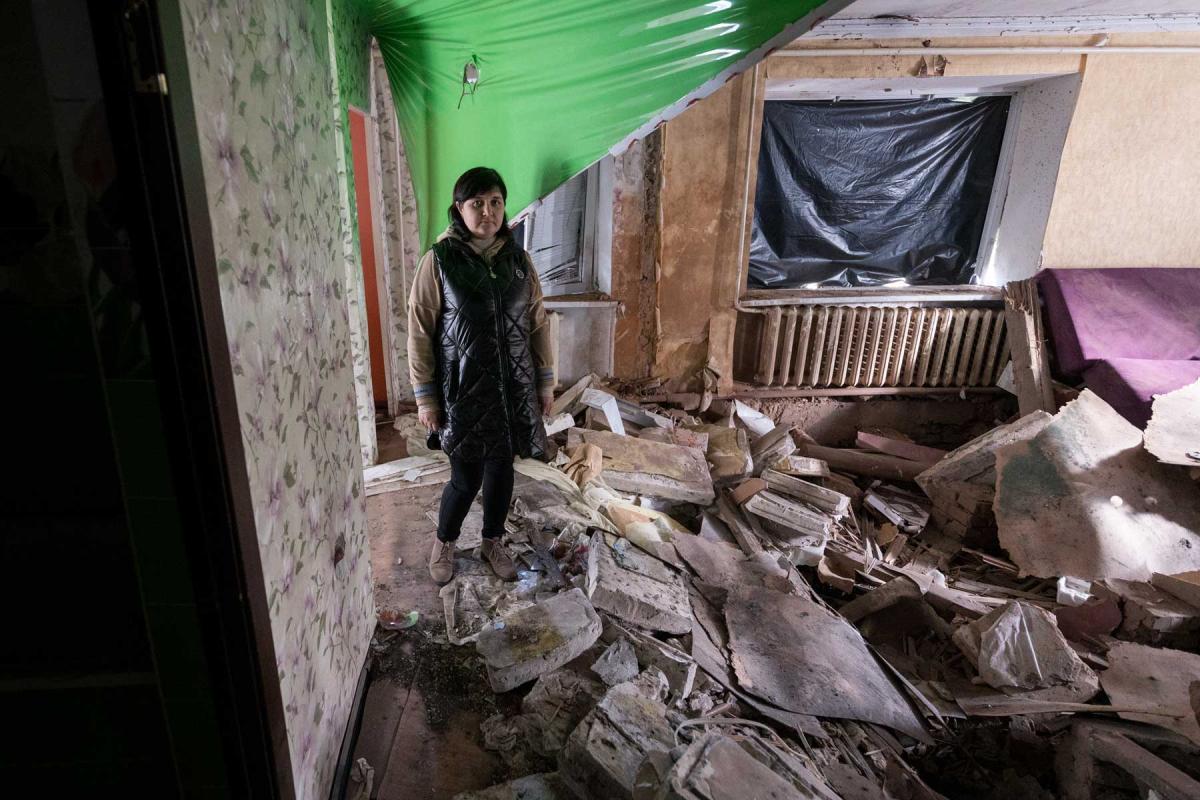 41-year-old Victoria Hlushko pictured in what used to be the living room of her family home in the village of Bil’machivka. Photo: LWF/ Albin Hillert

(LWI) - In Ukraine, humanitarian aid these days is also a race against time: Winter approaches, and many people don’t have inhabitable homes. Meanwhile, Russian attacks continue to destroy key infrastructure, such as power and water. The Lutheran World Federation (LWF) response in Ukraine is now operational and aims to serve 50,000 people in the areas of education; shelter; social cohesion; mental health and psychosocial support; and getting prepared for the cold winter months.

In Chernihiv oblast, where LWF works now, families are still feeling the impact of the invasion that has swept through their homes. Victoria Hlushko, a 41-year-old mother of two, is one of many whose house is no longer inhabitable, as the arrival of Russian military led to the destruction of her family home in Bil’machivka, in Ichnya municipality, Chernihiv Oblast.

On the invaders’ route

“I inherited this apartment from my father eight years ago,” says Victoria, “so my husband and our son and daughter have lived here for eight years. But this is also the place where I grew up.”

Victoria recalls the family being just about to enter the apartment when an explosion hit their building, as fighting between Russian and Ukrainian forces took place along the road that runs outside the building.

They sought shelter in the building’s basement, but as smoke started to seep in from the explosion, they had to run out a back door and seek refuge in another building nearby.

Bil’machivka is a community of just over 500 people and was just on the route taken by Russian military forces marching towards Kyiv in the early days of the war. Many people lost their homes in this period, as fighting and attacks led to houses being either severely damaged, or simply razed to the ground.

I just want for my children to be healthy and safe.

“For now, we are staying in an old building in another part of the village,” Victoria says. “I don’t like to visit here on my own anymore. It feels bad to see this place destroyed. I come maybe once a month now.”

As winter is approaching and the war lingers on, she says her primary concern now is for her children. “I just want my children to be healthy and safe.”
No money to rebuild

Some way down the road lay the ruins of another family home in Bil’machivka.

Olena Vedmid lived in the house with her husband, their eighteen-year-old son, fourteen-year-old daughter, and four cats – two of which were killed when artillery blew the building to pieces. 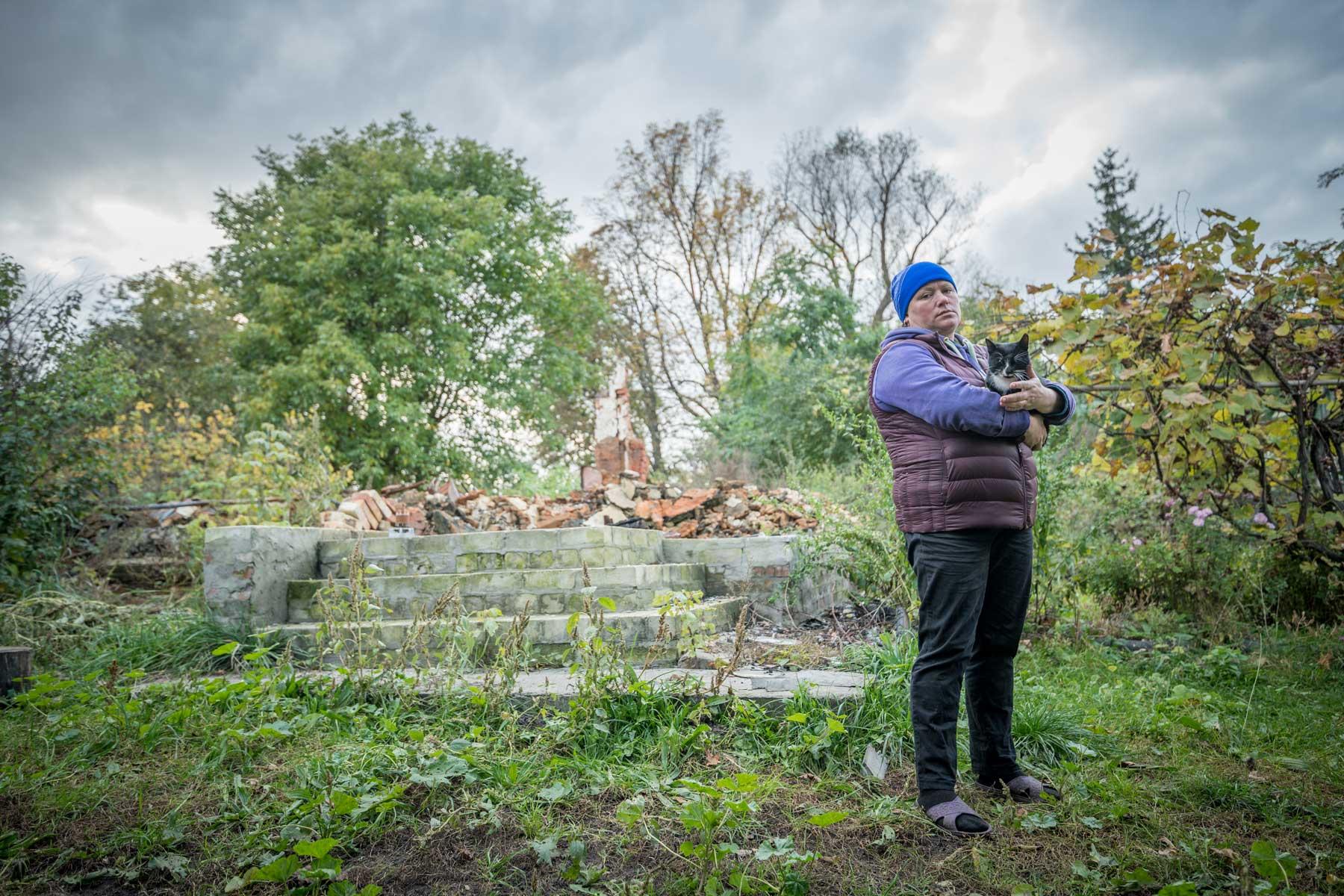 Olena Vedmid and her five-year-old cat Murchik visit what used to be their family home in the village of Bil’machivka. Photo: LWF/ Albin Hillert

“There is a railway crossing not far from here, and our house was destroyed when fighting was taking place there,” Olena says. “We were with my husband’s parents at the time, so we were not hurt, but two of our cats died.”

“We are now staying with some of my husband’s relatives,” she says. “We just wish the war can be over so that we can start to rebuild our home. The government has said it will give support to people whose houses have been destroyed. We cannot afford to rebuild the house on our own.” 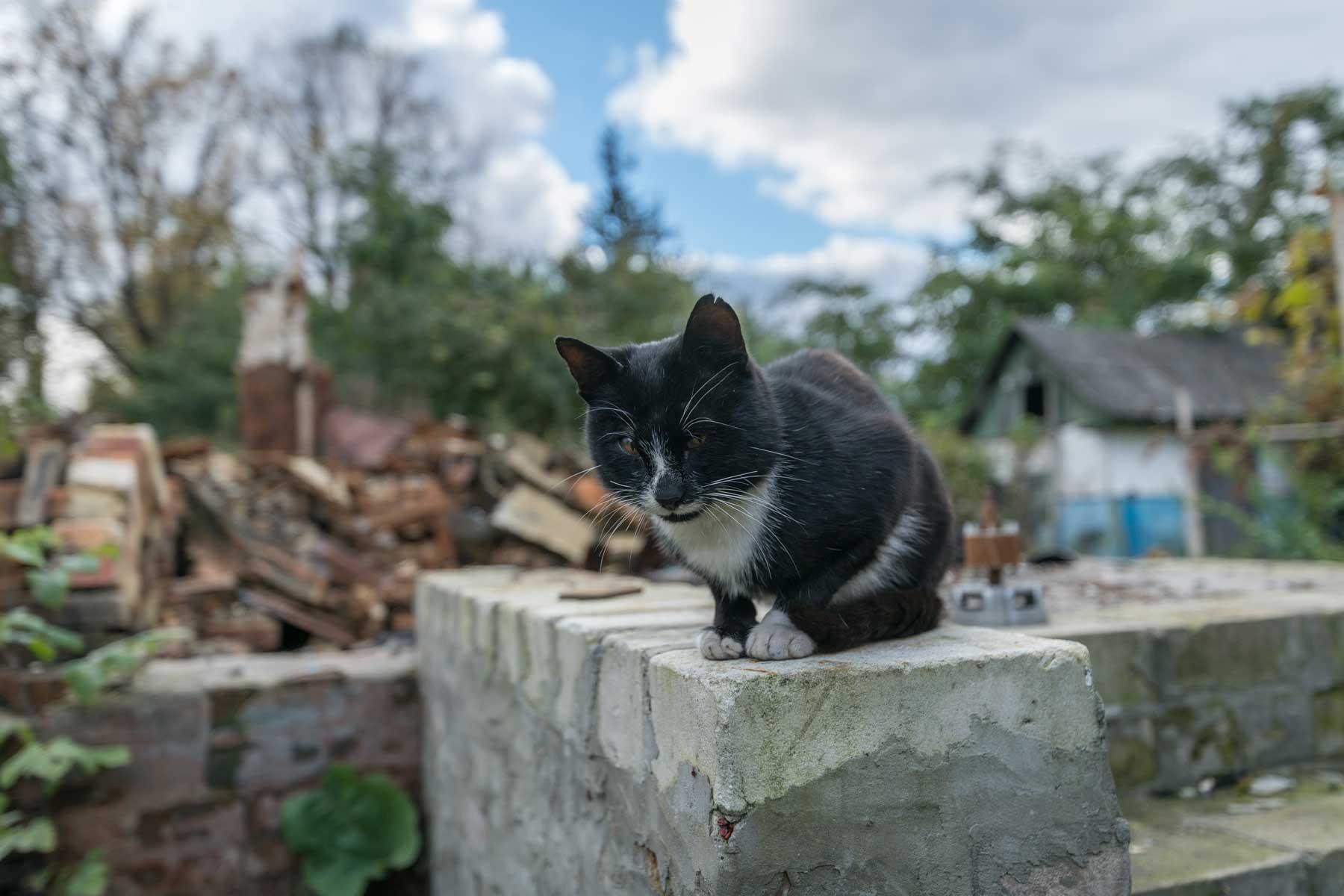 Five-year-old cat Murchik sits on the steps of what used to be its home in Bil’machivka. Photo: LWF/ Albin Hillert

In the wider community of Ichnya – a municipality made up of 54 different villages – local authorities say 26 civilians were killed during the time Russia occupied the area.

For 26-year-old Anna and her younger brother Sasha (14) from the village of Pryputni, this meant the loss of both their parents.

“When the Russian troops arrived, they were everywhere in our village,” Anna says.

She recalls seeing some 4-6 soldiers right in the front yard of their house, and estimates there were maybe 200 Russian army vehicles in their village. She says the first vehicles came and left calmly, but the next ones started shooting and destroying houses in the village. 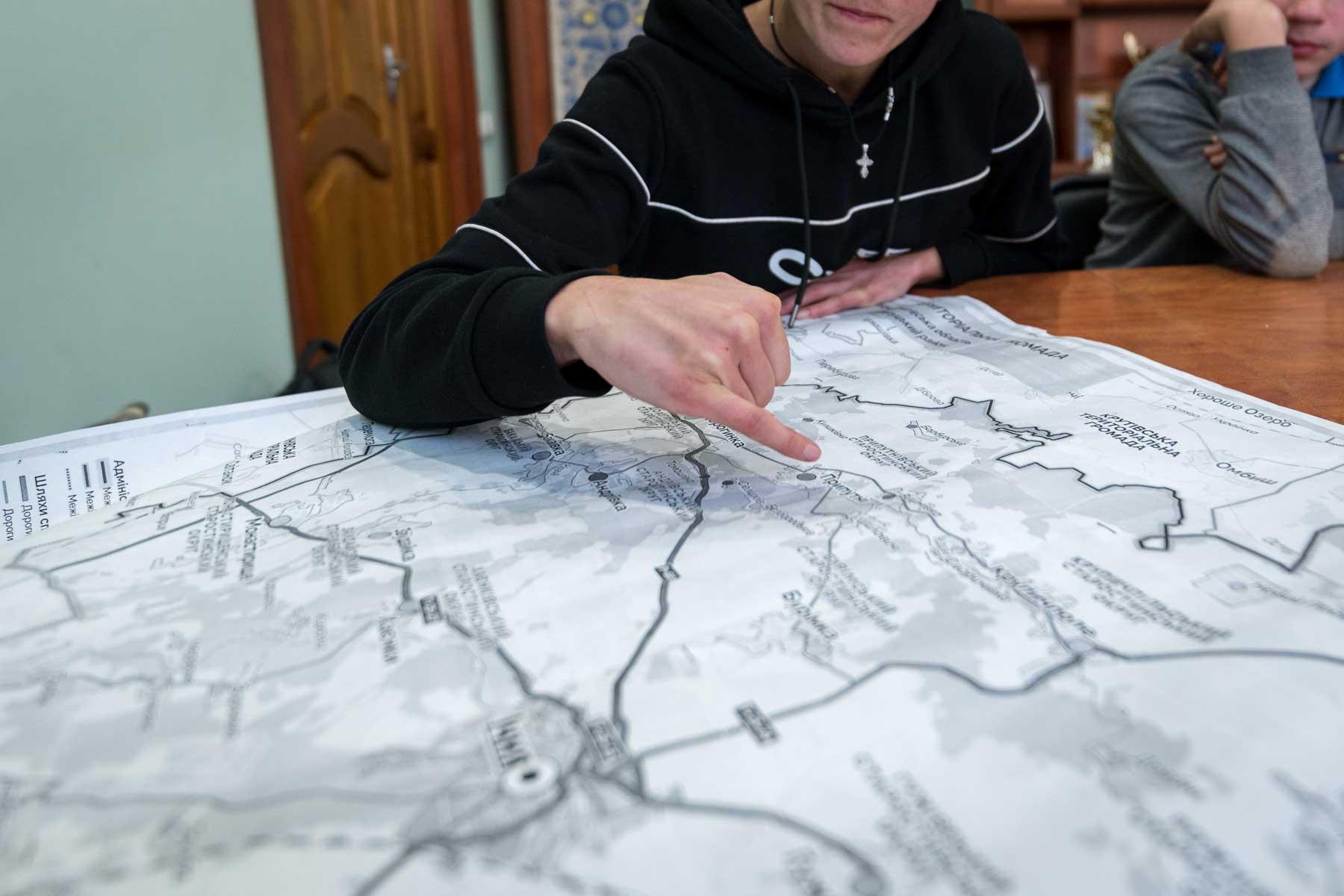 Anna and Sasha (whose surname is omitted on their own request), describe how the family fled by car from their home in Pryputni, as Russian troops occupied their village. Photo: LWF/ Albin Hillert

“On the 31st of March, we fled by car to Bezborod’kiv and stayed the night with some friends there. But we then heard that the army had left Pryputni, and decided to go back. This is when we were attacked, and our parents were killed.”

Anna reflects on what she and her brother has gone through over the past months: “I don’t see how people can help us in Ukraine without seeing with their own eyes what is happening here.”

She then thinks for a moment and changes her mind. “Maybe it’s better for people to not see this.”