A symbol of life and hope 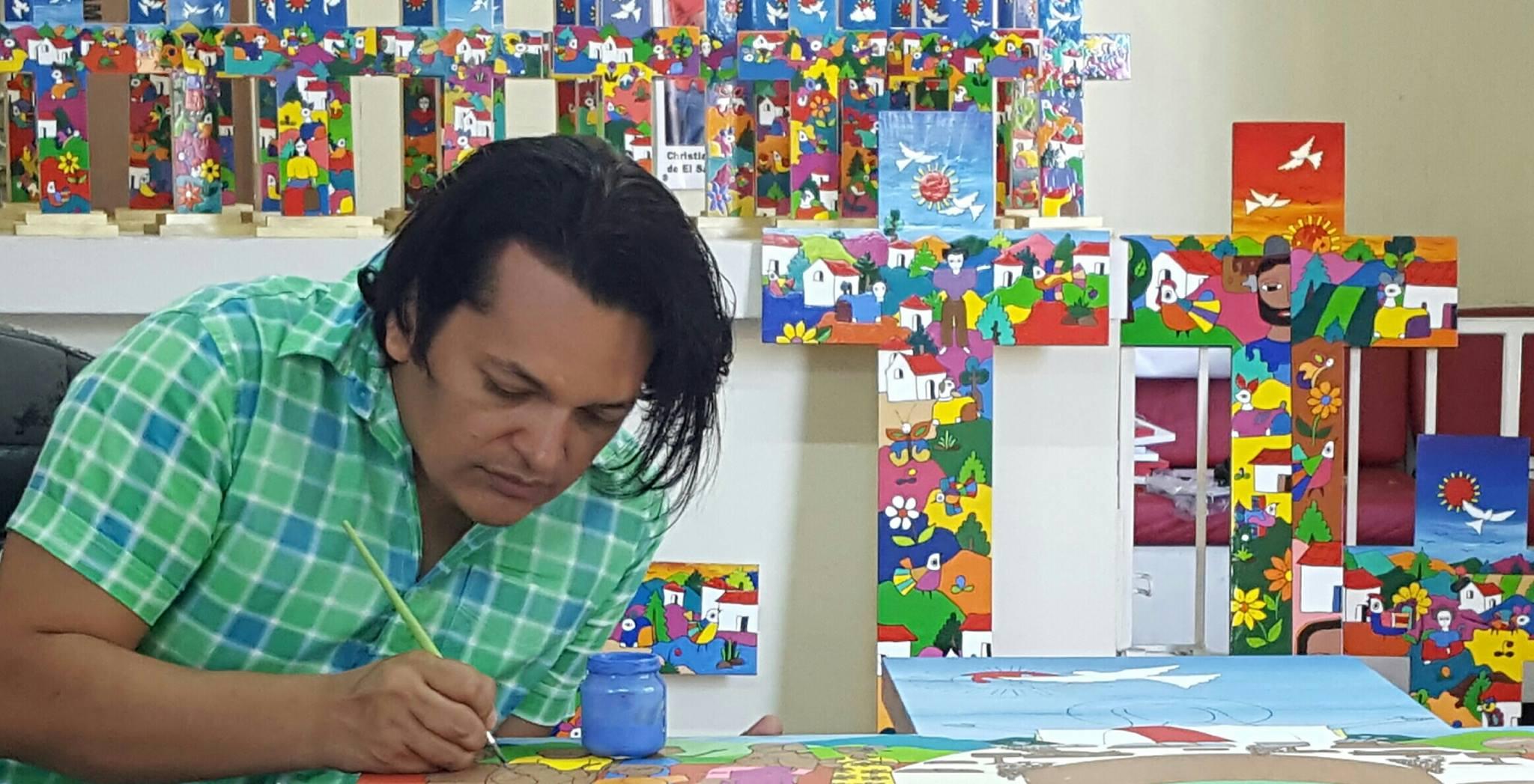 (LWI) – There is a white dove on almost every cross that Christian Chavarria Ayala paints. The artist sits in his studio on the upper floor of the La Résurrection Lutheran congregation in San Salvador and dips a paintbrush into blue paint for the sky on a small wooden cross. Piles of more or less finished works in all sizes are stacked around him, some only a few centimeters in size, the biggest half a meter tall. All of them have been painted by hand. 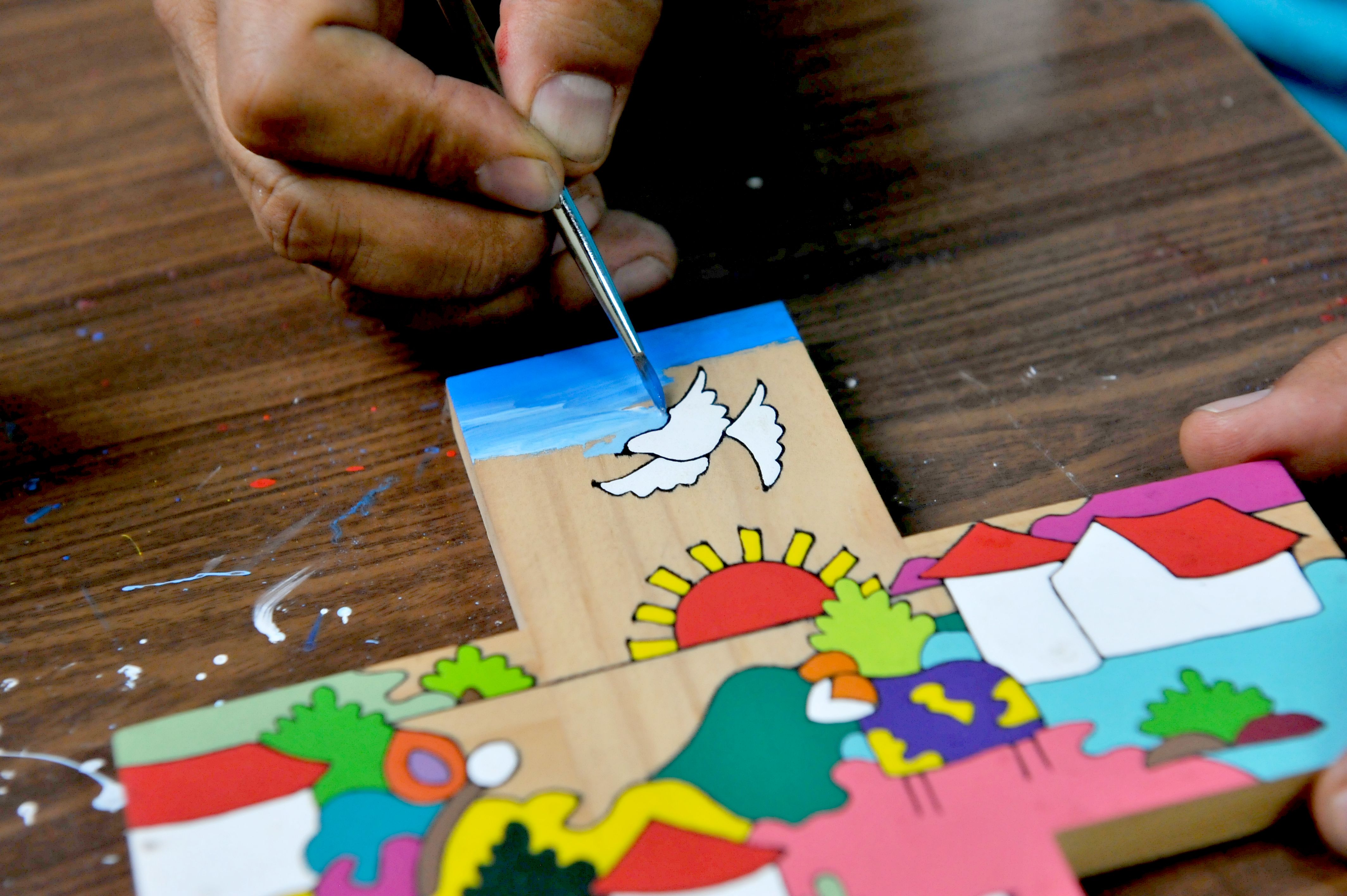 What keeps him occupied these days however cannot be seen in his workshop: Christian Chavarria Ayala is painting the cross for the common prayer service of the Joint Ecumenical Commemoration on 31 October 2016 in Lund and Malmö, Sweden. When Lutherans and Catholics together with ecumenical guests meet to commemorate the Reformation anniversary, the cross will bring a message of hope from one of the most conflicted countries in the world today. 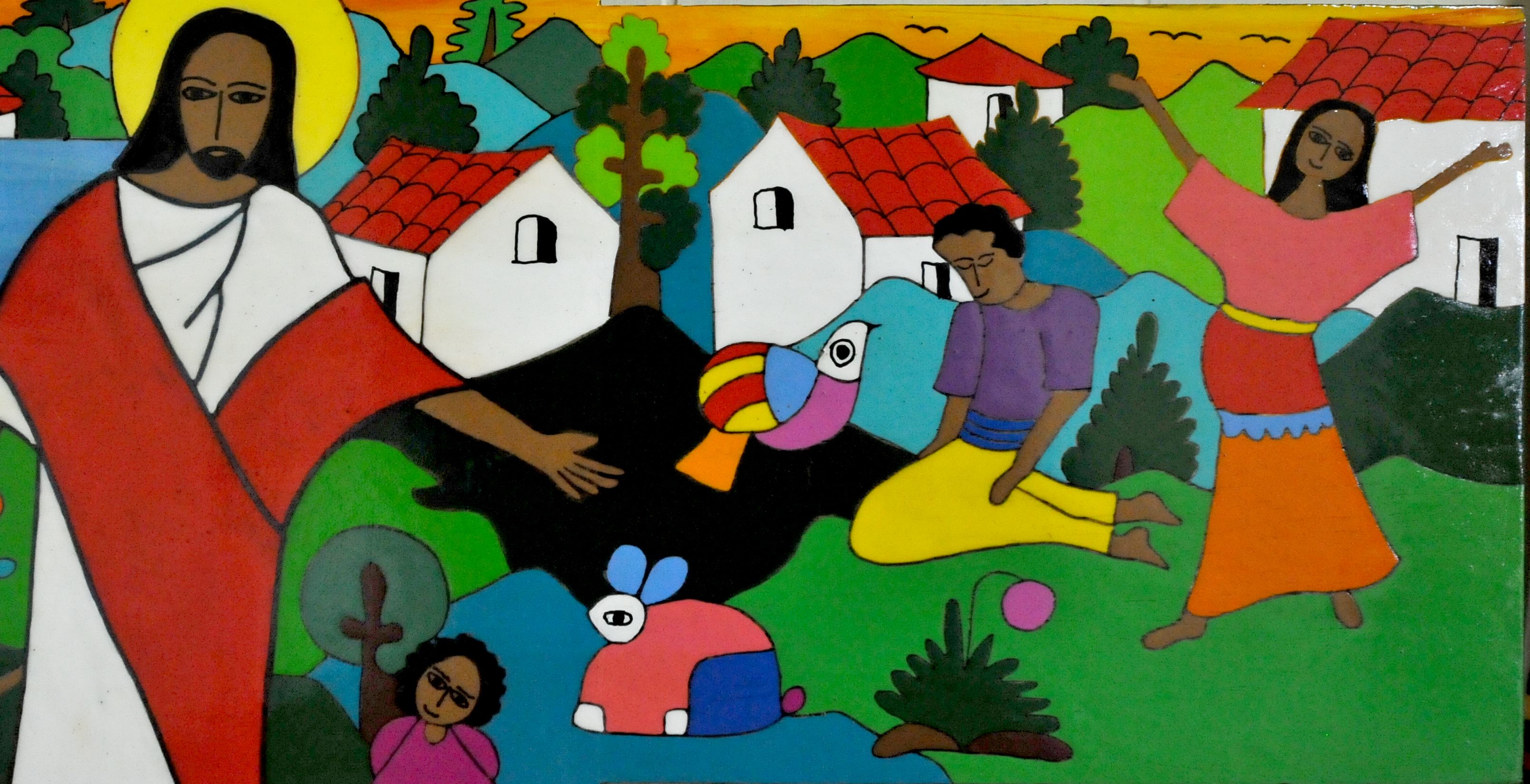 The dove as a sign of peace and protest

The dove seen in many of the crosses is a sign of protest. For years it was forbidden to paint pictures of white doves in El Salvador. Doing so put the life of the artists in danger. Chavarria remembers soldiers finding his crosses on a house search when he was still a child, and asking him about the white birds on his early paintings in the traditional Salvadorian style. “I did not give the true reason, that the doves were my wish for peace in the country”, he says. “You were not allowed to say that.”

Chavarria has experienced the Salvadorian civil war. He was a child when two of his siblings were killed. He and his mother fled to Honduras, lived in the woods and later like prisoners in a refugee camp for years. That’s when he started to paint. A Christmas card was his first work. “My mother asked me to make a greeting card showing Christmas in a rich family and in a poor family,” he says. “I did not know what to do, because I only knew Christmas in a poor family.” 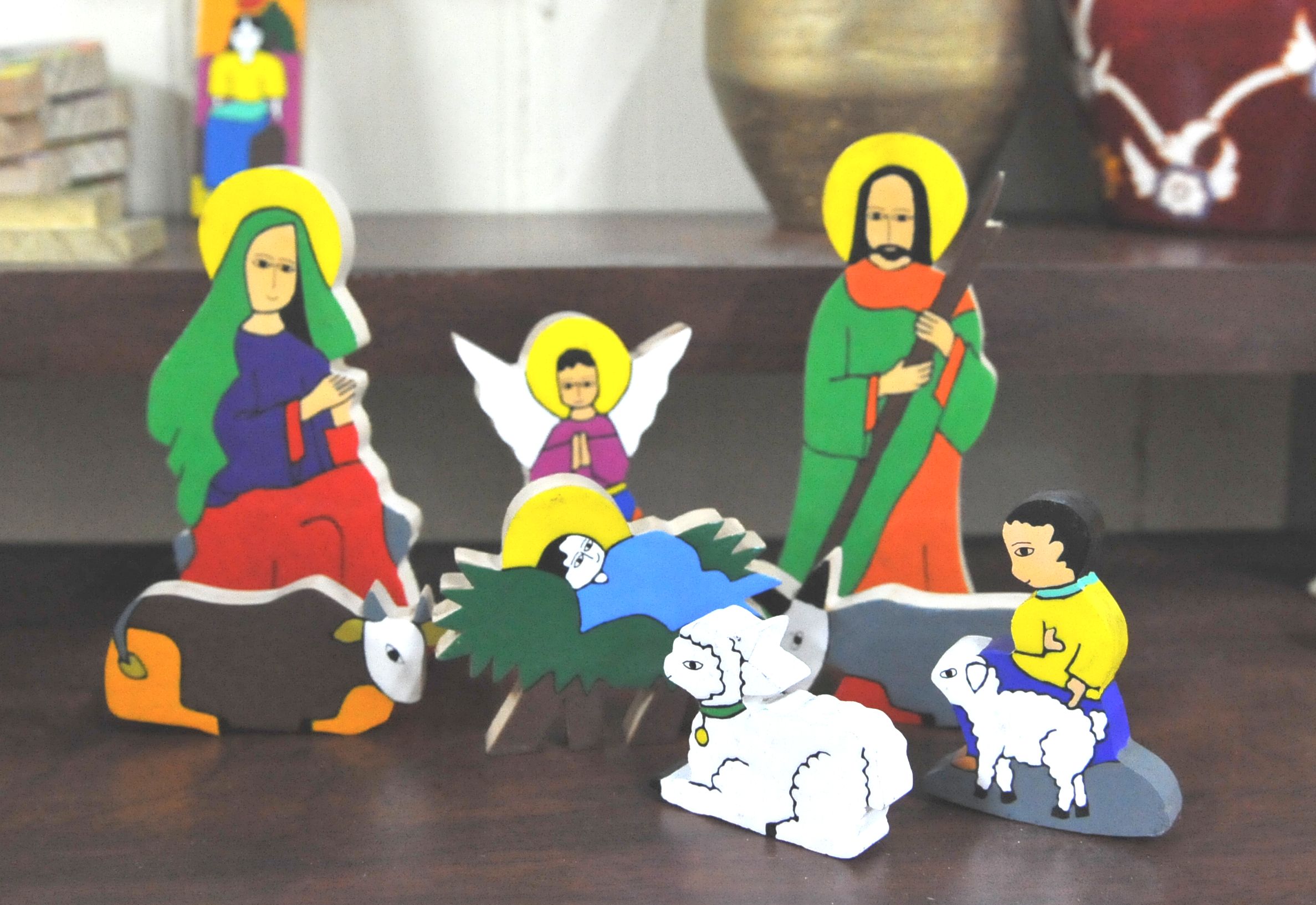 How to describe freedom?

As a teenager, Chavarria was targeted by the death squads as being affiliated with the guerilla. His mother managed to send him to Sweden as a refugee. “It was very cold and difficult, because I was alone”, he recalls the two years he spent in Scandinavia. “But it was also a big opportunity. I felt free for the first time.” 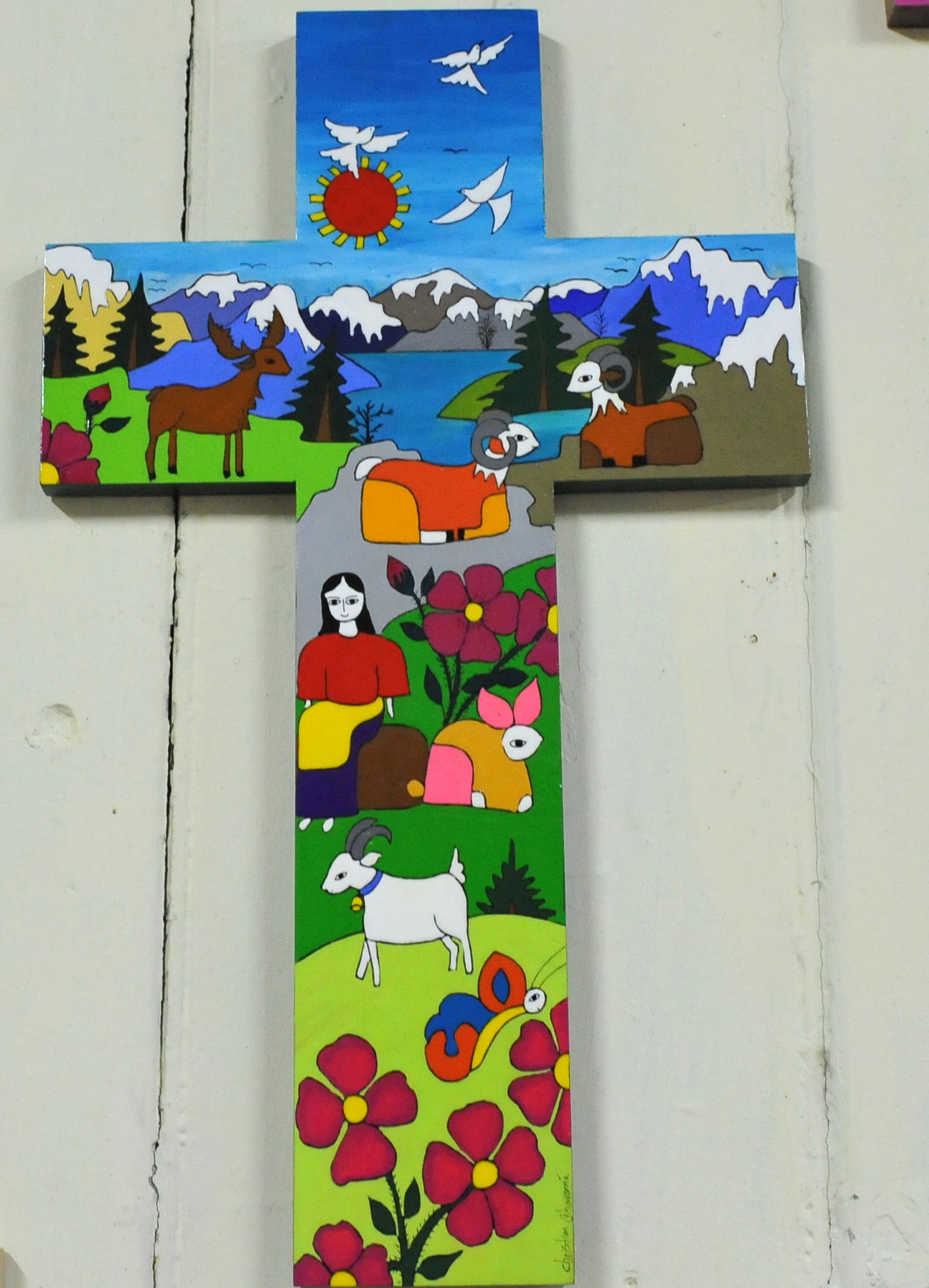 Some of the crosses show a Northern landscape in the typical Salvadoran style. Photo: LWF/ C. Kästner

It was a great honor when LWF asked me to paint crosses for them. I never thought my art would be so appreciated in the world. I thank God for that gift, because I can support my family, but also because it helps me to deal with my own trauma from the civil war."

“How could I describe the freedom that I felt? I could walk the streets at night and nothing happened. I could say everything that I wanted. I have no words to say how that feels. In El Salvador I was always threatened, my life was in danger. I discovered that people in some part of the world could be free. I will always be grateful for that.”

His art conveys some of that experience. Happy, carefree people, colorful animals, the sun. “I don’t use black or grey, I like bright colors,” he says. “I also never make the same cross twice. Each is unique”.

Chavarria did not leave Sweden by choice. The law on family reunion required him to go back when he came of age, a difficult move at the time. Today however he would not live anywhere else but in El Salvador. “I was a refugee most of my life, and I love my country,” he says. “It’s not worth leaving it in the hands of the bad people.”

Chavarria’s career as an artist started when he gave one of the crosses he had painted to a Finnish pastor. Shortly afterwards the Church of Finland ordered 1,000 pieces. “I worked day and night”, he recalls. “Only weeks after they were delivered, they called again and said: All the crosses have been sold out, can you do another 2,000?” There is still an undertone of disbelief when he tells that story. 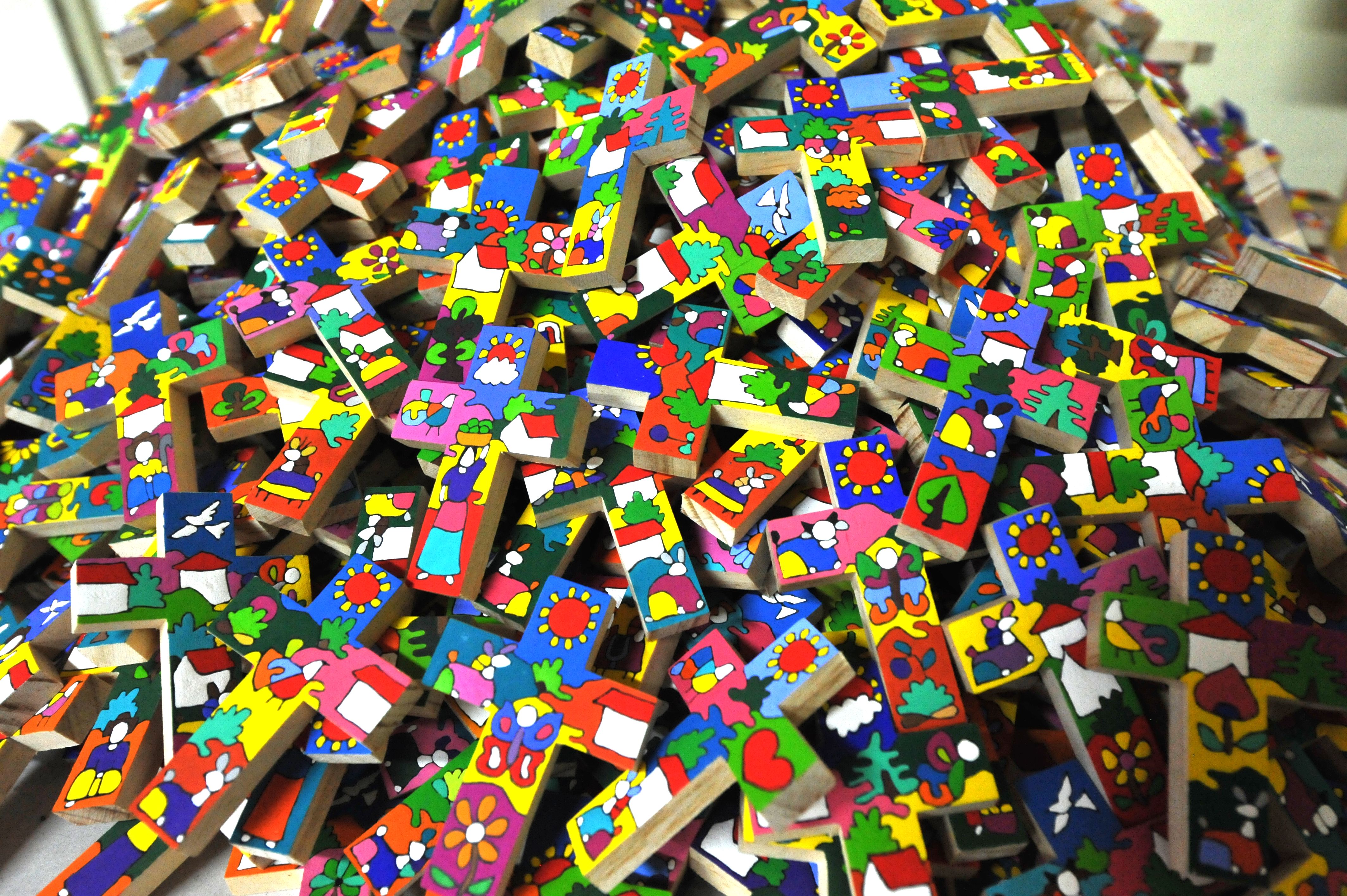 A large order of small crosses, each of them painted by hand. Photo: LWF/ C. Kästner

Today, he has a small workshop on the upper floor of La Resurrection, the Lutheran congregation in San Salvador he helps rebuild. On Sundays he plays the piano in the church service, on weekdays he employs seven people with his art, who support their families with that work. 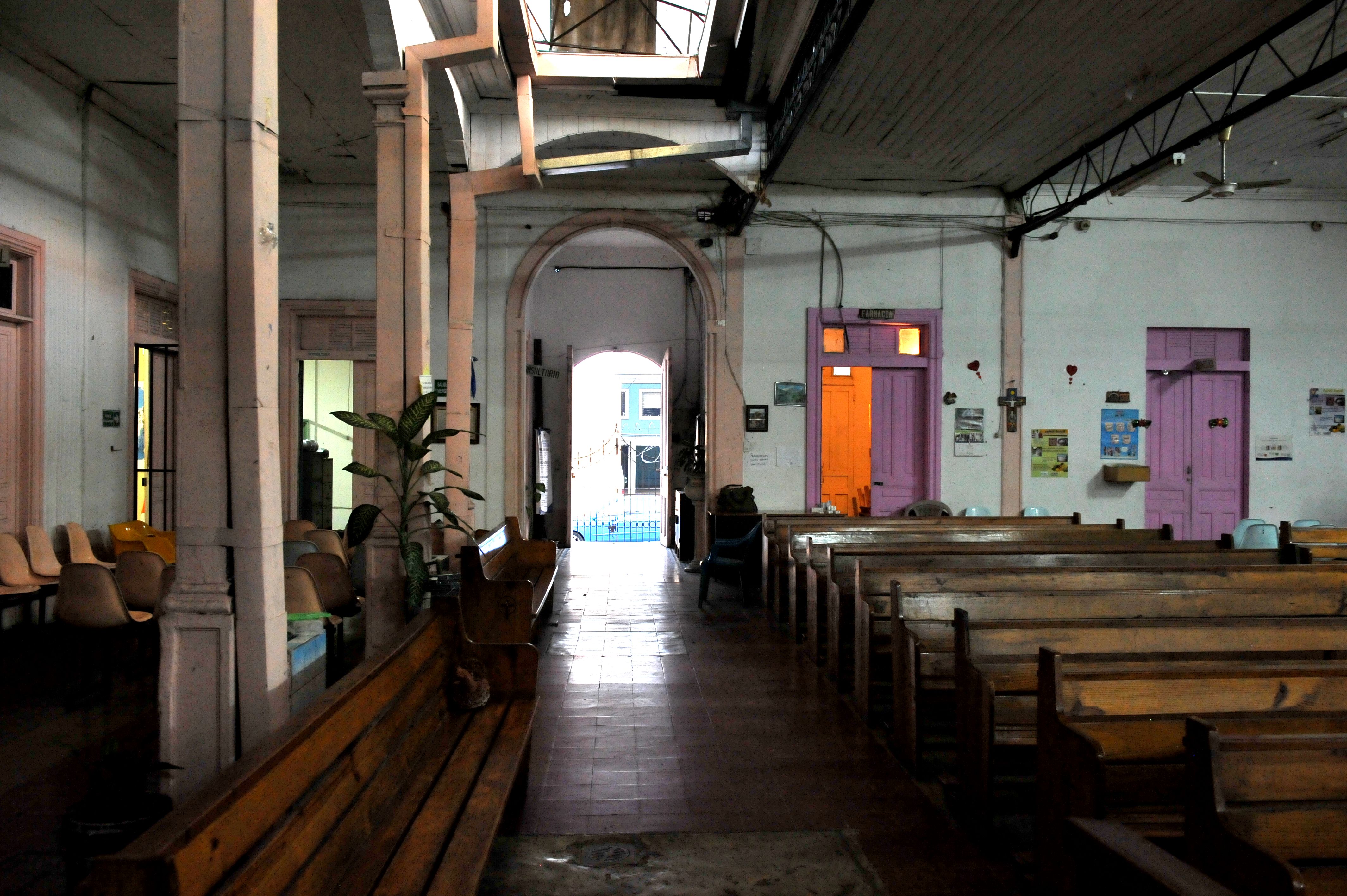 La Resurrection, the congregation Christian helps rebuild and where he helps as a musician. Photo: LWF/ C. Kästner

Chavarria himself still does the designs, drawing the pictures and coming up with the ideas. He estimates that he has made more than 130,000 crosses which travelled to 109 countries. His crosses hang in the offices of bishops, politicians and (former) presidents, they have travelled to North America, Europe, the Middle East, Africa, Asia and the Vatican. LWF president Bishop Munib A. Younan presented Pope Francis with one of the Salvadorian crosses at an audience in 2013.

“It was a big honor when LWF asked me to paint crosses for them,” he says. “I never thought my art would be so appreciated in the world. I thank God for that gift, because I can support my family, but also because it helps me to deal with my own trauma from the civil war.” 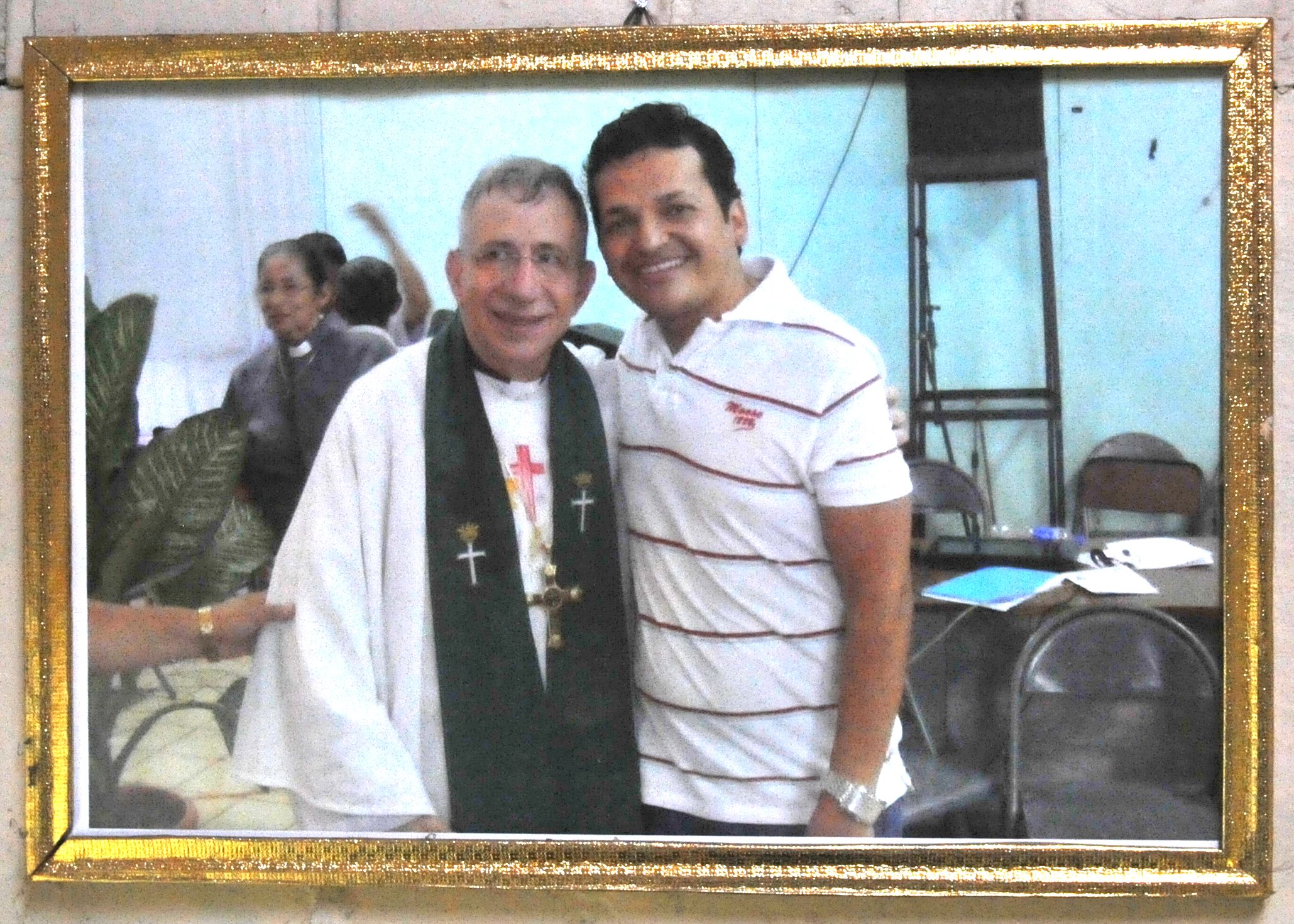 Do not give in to fear

In El Salvador, running a successful business easily makes you a target for violence and extortion. Street gangs and drug trade have replaced the violence of the civil war. It is dangerous to move in certain parts of town, to walk the streets at night, to be seen having money. People are shot for as much as a necklace or a mobile phone.

Chavarria has received threats, his siblings have emigrated. He however does not think of closing his business. “If you become afraid, you lose everything. Fear makes you weak”, he says. “People tell me not to visit my congregation, but I go there. Sometimes it’s dangerous. This fear also creates business for security companies who make money from the insecurity and the violence.” 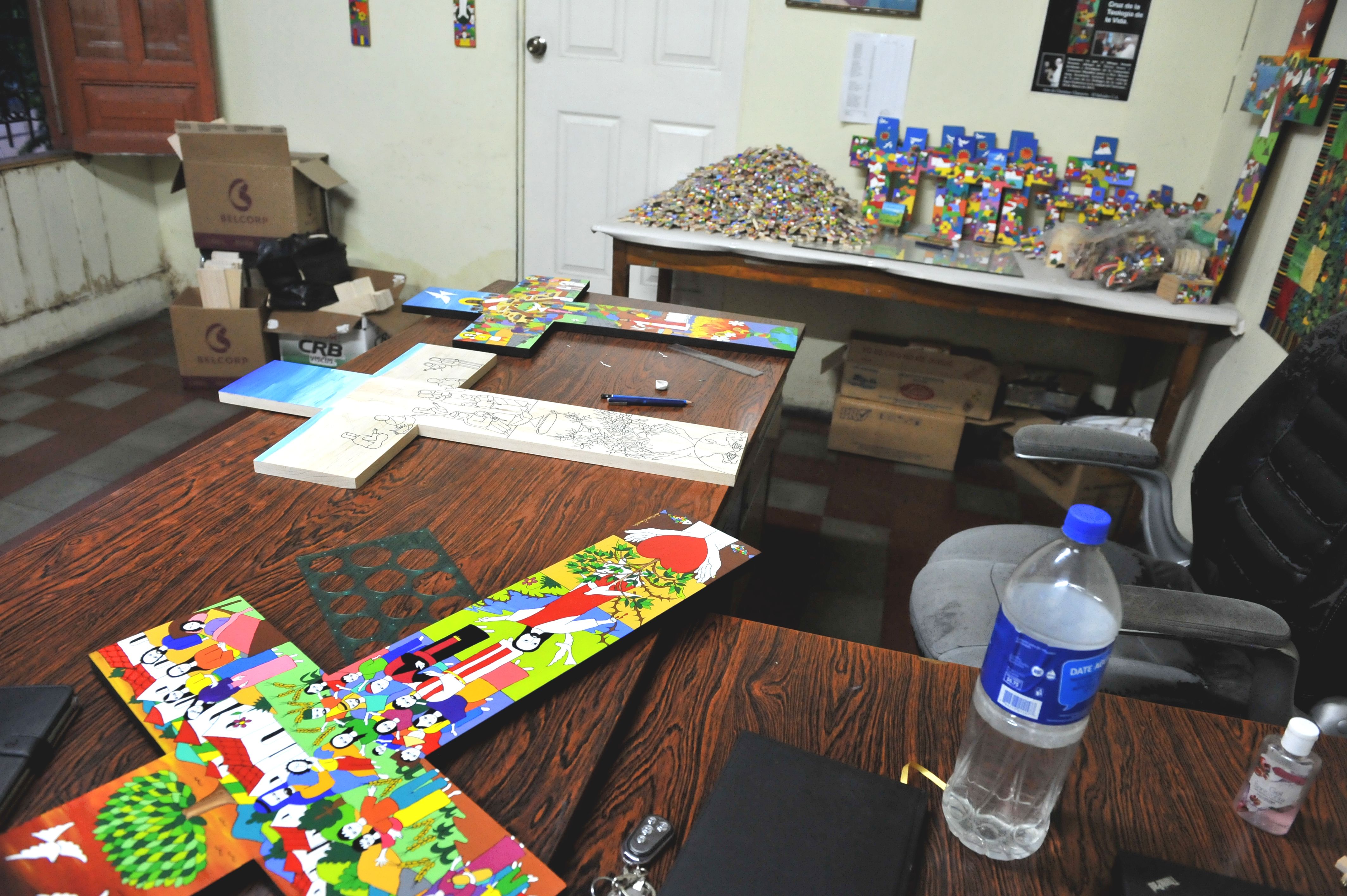 Work in progress. In the middle the prototype for the cross which will be used at the common prayer. Photo: LWF/ C. Kästner

Chavarria has started to study theology and is on his way to becoming a pastor. The crosses he paints tell of the hope for a different world than the one he lives in. “The situation here is like a dark cross which we carry every day, but we have to transform it” the artist says. “We make crosses with strong colors, to show the beauty of God’s creation. The cross must not remind you that Jesus died on it, but that he died and has risen. It is a symbol of life for us.”

The cross for Lund will show a part of that vision. Chavarria has painted it on the horizontal bar: “All people of the world are represented there”, he says. “Despite their race, culture, skin color or age, they are together and invited to the table of the Lord.”

Passion for the Church: in conversation with Martin Junge
news
ttttt

With passion on the journey from conflict to communion
news
tt