Nurturing young Lutherans for service to the communion 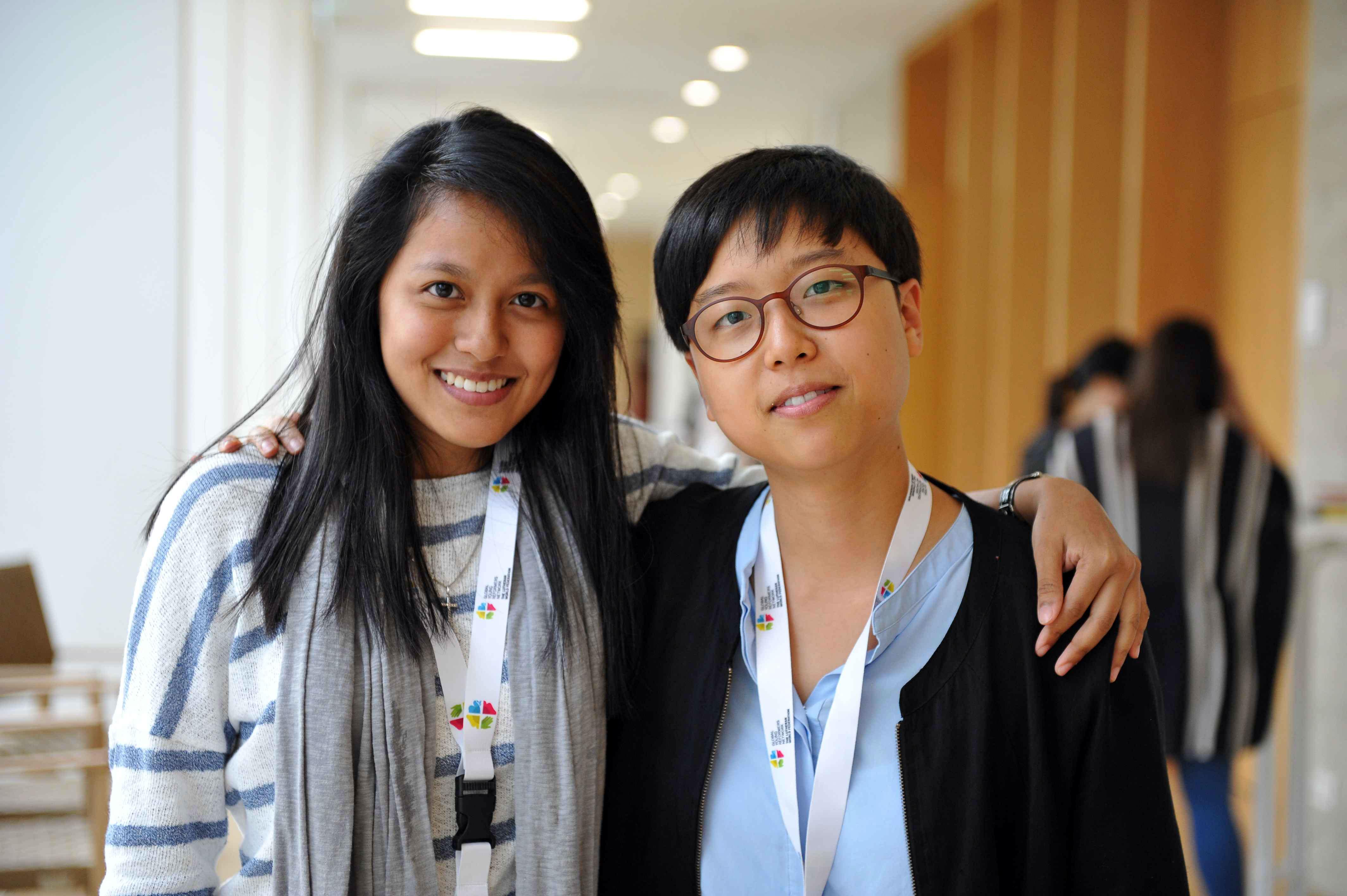 WITTENBERG, Germany/GENEVA, 26 August 2015 (LWI) - The Lutheran World Federation (LWF) gathering of young adults in Wittenberg, Germany, provides opportunity to learn how working together in the communion of churches nurtures individual life for service and transformation in the local and global church, as well as wider society.

“Being the youngest LWF Vice President is a great blessing and at the same time a huge challenge for me. But I am motivated by the ongoing witness of Lutheran churches in our region,” said LWF Council member Eun-hae Kwon.

Christian churches are in a minority situation in Asia, a region marked by obstacles such as religious persecution and exodus of young people to other countries, she noted. “When I visit the LWF member churches, see the gifts that men, women and youth bring to the churches, and see how their witness has survived, this gives me the motivation to serve and to continue more faithfully in my role,” she added.

The LWF leaders are among speakers at the 22 August to 4 September gathering who are supporting the 140 young reformers from 80 LWF member churches in envisioning how to strengthen existing youth ministries and create new ones across the communion. Under the theme, “Freed by God’s Love to Change the World,” the global network will also elaborate on the youth contribution to the 500th anniversary of the Reformation in 2017 and beyond.

LWF Youth at the Department for Mission and Development has organized the workshop, which is being hosted by the Evangelical Church in Central Germany.

Fabiny, bishop of the Northern Diocese of the Evangelical Lutheran Church in Hungary, explained how participation in the LWF from his youth days has shaped his leadership role and how global Lutheran communion solidarity can influence political change.

Referring to a video recording of LWF assemblies from the founding assembly in Lund, Sweden in 1947 until 1984 in Budapest, Hungary, Fabiny highlighted youth and Lutheran churches’ contribution to evolving global contexts. The LWF provided opportunity for contact with other Christians and churches during the Cold War era, which was marked by suppression of democracy and movement and the lack of both freedom of religion and press, he said. “If we had not had organizations like the LWF, we would not have had so much support for the critical attitude” that led to democratic change, he emphasized.

Fabiny, who was a 25-year-old youth delegate at the 1984 LWF Assembly, reminded the young reformers of the support and opportunities the LWF offers for critical response to today’s social political issues, such as the plight of refugees and migrants. He encouraged them to be more active in their churches and wider society and expressed his hope that in the next 30 years “you will be able to show some images from the Wittenberg workshop,” to young people in LWF churches.

Junge, an ordained pastor of the Evangelical Lutheran Church in Chile explained his first contact with the LWF was as a youth delegate to the 1990 pre-assembly for the Latin America and Caribbean region in Buenos Aires, Argentina. “I got to see people from all over the world I hadn’t seen before and never met. The LWF became a space of connecting to the world, to the churches; and to get an understanding which since then, has fascinated me,” he said.

In later years, the distinct contribution of the LWF was something Junge experienced as churches in his home country struggled with the reality of dictatorship, which resulted in a division in the Lutheran church. LWF’s intervention provided a space for reconciliation.

His message to the young reformers about one of the critical lessons he has learned: “It takes days, months, sometimes a few years for a church to loose unity, but it takes decades to come together.” He encouraged the young LWF member church representatives to “never forget that, and watch the step towards unity all the time.”

In earlier sessions, the general secretary responded to questions from the young reformers about LWF’s work, membership, funding, advocacy and youth participation among others.