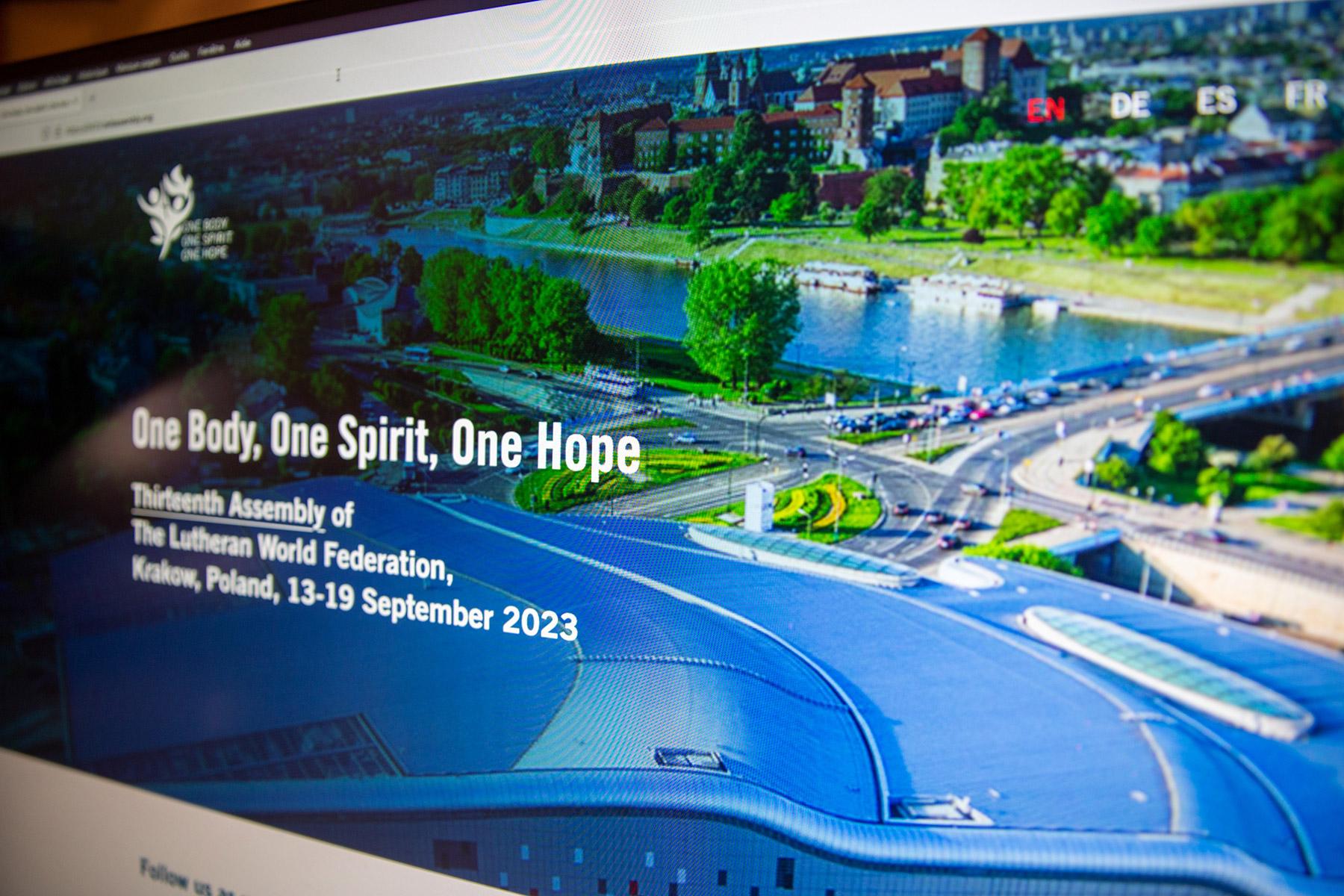 KRAKOW, Poland/GENEVA (LWI) – The Lutheran World Federation (LWF) has launched a multi-lingual website for its Thirteenth Assembly that will take place, 13-19 September 2023, in Krakow, Poland.

The website offers a wide range of information on the assembly including its theme, “One Body, One Spirit, One Hope,” and about the host church, the Evangelical Church of the Augsburg Confession in Poland.

The Assembly news stories, updates on the event’s preparations and resources, and visual identity are available in English, German, French and Spanish, and additionally in Polish.

“It is an active platform where the global communion stays well informed and active on our shared journey toward the assembly,” said Ms Maryssa Camaddo, LWF Thirteenth Assembly Coordinator. “We are excited to provide this important information hub for all those preparing for the next global gathering of the Lutheran communion,” she added.

The assembly is the highest decision-making body and most significant event in the life of the Lutheran communion. As the most representative gathering of the LWF, it is an occasion for the churches to empower each other for witness and service in the coming years.

The host country offers numerous opportunities to learn and reflect upon the local and regional context. This will be the second assembly in the Central Eastern Europe region, where Lutherans are a minority in the Christian contexts of their respective countries.

Material will be added to the site as preparations continue.

Enquiries can be sent to: lwf.assembly@lutheranworld.org.

The Assembly is LWF’s highest decision-making body, consisting of representatives from the communion’s member churches. It meets every six to seven years to give general direction to LWF’s work, elect the President and the Council members, act on the reports of the President, General Secretary and Chairperson of the Finance Committee, and on matters related to the LWF Constitution.

“One Body, One Spirit, One Hope” is the theme of LWF Thirteenth Assembly
news