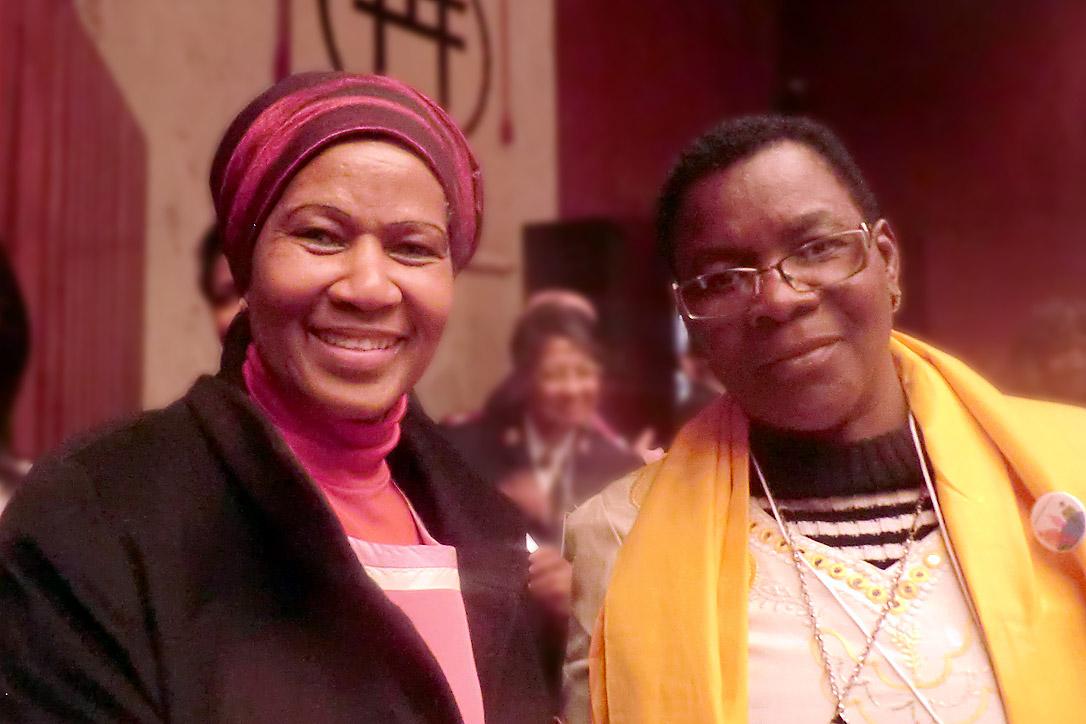 Women in Church and Society participate in UN platform

(LWI) – “The commitment toward an inclusive communion promoting equal participation of women and men must be deeply rooted in a society that values the gifts of every human being,” said Maria Cristina Rendón, Program Assistant at the Lutheran World Federation Women in Church and Society (WICAS). “Advocacy efforts in upholding and protecting women’s rights by WICAS are built upon this belief and for almost 20 years has been the impetus behind us attending the annual Commission on the Status of Women (CSW) meeting in New York.”

CSW – part of the United Nations Economic and Social Council - is the principal global policy-making body dedicated exclusively to gender equality and the advancement of women. Every year, representatives of member states gather at the UN headquarters in New York to evaluate progress, identify challenges and formulate policies aimed at promoting gender equality and women’s empowerment. The theme of the 58th session of the CSW in March 2014 was “Challenges and Achievements in the Implementation of the Millennium Development Goals (MDGs) for Women and Girls.”

Phumzile Mlambo Ngcuka, UN Under Secretary General and Executive Director of UN Women, underlined the crucial role churches and church-based organizations play in eradicating gender inequality. Mlambo named violence and discrimination against women as a moral issue that requires churches to assume their prophetic role and put women at the centre.

"Men dehumanize themselves by victimizing women; men that are not vocal and continue silently sitting on boards and other decision-making instances where there are no women, take part in the conspiracy of exclusion,” she said.

WICAS invited Rev. Elitha Moyo, from the Evangelical Lutheran Church in Zimbabwe (ELCZ), to attend the session in her capacity as coordinator of the ELCZ Gender Justice project. In the panel “Toward a Post-2015 Development Agenda: A Faith-based Gender Perspective,” organized by the Ecumenical Women network, she discussed the contributions the program (with the support of the LWF Department for Mission and Development) has made towards gender justice, and the challenges that remain for women in Zimbabwe’s political and social arenas.

Rev. Moyo’s presentation addressed progress in her dioceses in gender awareness training for pastors, the growing participation of women in ordained ministry and tackling violence against women. She outlined the importance of LWF’s Gender Justice Policy as a tool that frames ELCZ’s efforts to ensure its congregations and structures are more inclusive.

Christine Mangale, Program Coordinator of the Lutheran Office for World Community in New York, spoke on behalf of Ecumenical Women and WICAS during the UN’s main plenary session. Mangale expressed their support of the UN Women’s call for a stand-alone goal in the post-2015 agenda. She also gave examples of ecumenical partners’ initiatives reaffirming the deep engagement of faith-based organizations in achieving MDGs. These included the LWF project in Mauritania to combat Female Genital Mutilation (FGM), which illustrates how religious precepts do not encourage harmful practices but instead promote health opportunities for women and girls.

After two weeks of consultations, member states issued an agreement in which the Commission acknowledged that in spite of advancement in some areas, progress for women and girls across all MDGs remains slow and uneven. The fact that feminization of poverty persists and targets on hunger eradication remain unmet were outlined as major concerns.

Although the agreement divided countries around issues such as sexual and reproductive health and resulted in a high level of abstentions due to this lack of consensus, this year’s session provided a unique platform to revise and redefine policies. These included persistent gender pay gaps, women’s disproportionate share of unpaid care work and the low levels of women in decision-making.

“Being part of CSW as a platform to achieve the substantive participation of women in key spaces of policy-making is part and parcel of our programmatic focus,” affirms Rev. Dr Elaine Neuenfeldt, executive secretary for WICAS. “This effort upholds gender justice holistically by addressing issues that are not only women’s concerns; they should be pivotal to churches, governments and civil society so that every human being’s dignity is placed at their core.”