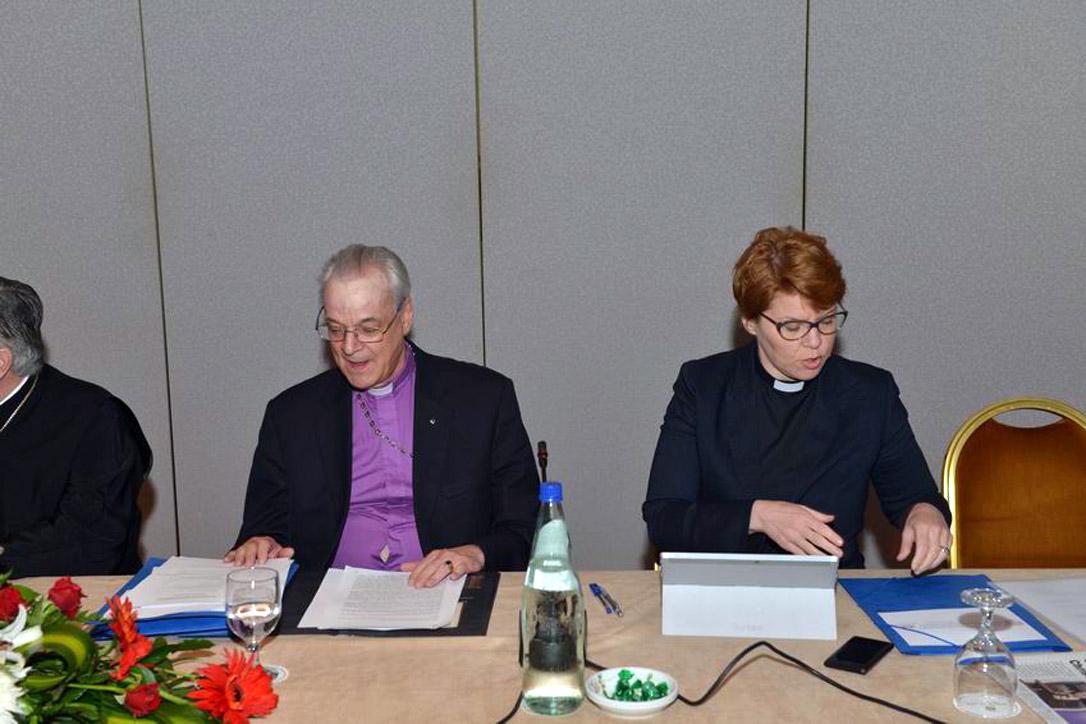 (LWI) – The international dialogue between Lutheran and the Orthodox churches in 2017 will include a celebration to mark 500 years of the Reformation.

Members of the Lutheran-Orthodox Joint Commission made this decision at the 16th Plenary session, held 28 April-5 May, in Rhodes, Greece. “It is an important ecumenical signal that the Lutherans and Orthodox will be celebrating the Reformation together,” said Rev. Dr Kaisamari Hintikka, LWF Assistant General Secretary for Ecumenical Relations.

She noted that theological inputs of the Reformation have also influenced eastern Christianity and reshaped societies both in the east and west. “It is good that we are able to acknowledge these influences and to celebrate the Reformation anniversary together,” said Hintikka, who serves as the commission co-secretary.

The commission said its 17th Plenary session in 2017 will also publish the final statement on “Ordained Ministry/Priesthood,” which both dialogue partners have been discussing since 2012 under a wider study on the “The Mystery of the Church.”

The Rhodes meeting was originally planned to conclude the present study process. However the commission members noted it was necessary to continue the ongoing discussion until the next Plenary session, in order to guarantee sufficient attention to the challenging topic of ‘Ministry’.

“The topic of ordained ministry or priesthood as the Orthodox frame it is a challenging one,” said the LWF assistant general secretary. Despite a three-year preparatory process for a final statement, “we still decided that further studies and discussions are needed to clarify some crucial issues for this topic.”

Hintikka noted that the commission meetings have over the years become an important place to share and reflect together “as members of the one body of Jesus Christ, in spite of our diversity” in theological and historical perspectives.

“The local Orthodox church was enormously hospitable and the atmosphere among the participants was very good,” Hintikka said. Conversations also outside the plenary discussions resulted in “some potentially concrete ideas on practical cooperation between local Orthodox and Lutheran churches,” she added.

This year’s plenary was hosted by the Ecumenical Patriarchate and H. E. Metropolitan Kyrillos of Rhodes. Commission members discussed three Lutheran and Orthodox presentations, responding to draft statements of the 2012-2014 preparatory meetings.

The international bilateral dialogue between the LWF and Eastern Orthodox churches began in 1981, and several reports have been produced from its commission meetings.