Kenya moving towards gender equality in church and society 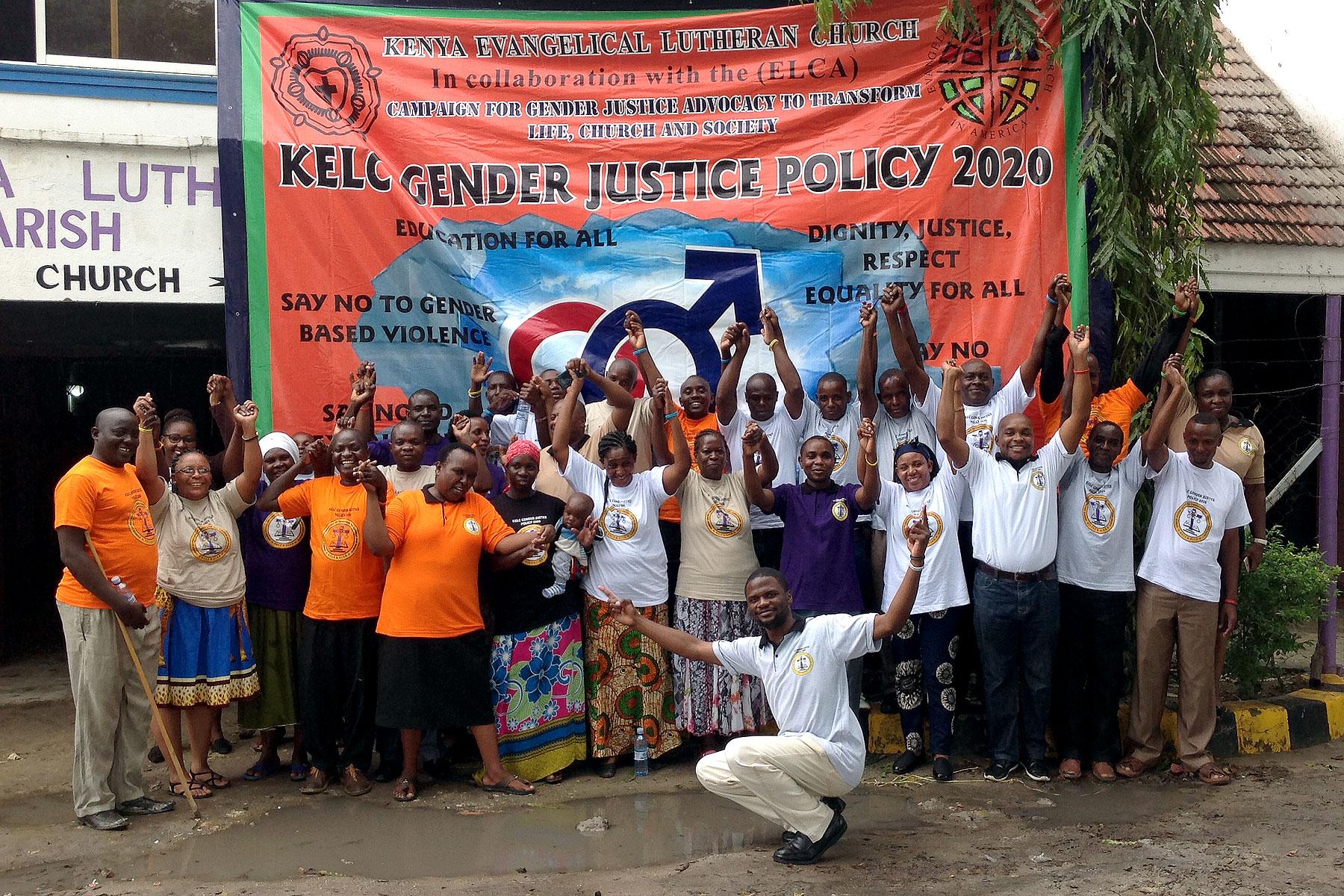 (LWI) - Rev. Catherine Ngina Musau, head of the Gender Justice Program in the Kenya Evangelical Lutheran Church (KELC) says the status of women in her country is improving gradually but there are still challenges ahead, as the national assembly is yet to sign into law the two-thirds gender representation.

“Kenya is keen to promote women in accordance with its current 2010 constitution,” she said. The two-thirds gender representation has not been approved by the National Assembly but we are still struggling to have it.” Pastor Musau explained the role of the church in promoting gender justice as “a forerunner” to the government and society. “In KELC we are trying to campaign for gender justice and by 2020 we hope to have the policy fully at work.”

According to Musau, KELC has supported women to be part of the ordained ministry. “Culturally and socially women have been appreciated and supported to do ministerial work of being ordained.” In spite of this, it is not smooth sailing for all female clergy because their pastoral role can be seen as a threat to their male counterparts, but she believes this will continue to improve. “Few cases exist where women being ordained are seen as a threat and should not be given church roles.”

As the coordinator of the gender justice program in KELC, Musau is responsible for making sure that every group in the church is given the needed attention. “My key role is to make sure every group within the church is listened to and given room to share ideas on gender. We promote inclusive discussions and forums plus guiding what we expect to achieve for equitable leadership and positions with KELC.” She said the program has helped to shape a receptive approach toward gender issues. “The mind-sets are changing and there is support for the policy.”

Leaving no one behind

The Lutheran World Federation (LWF) member church affirms its commitment toward gender representation and women in the ordained ministry, according to KELC Secretary General Rev. Luke Mwololo. He said the gender justice program is focused on “education, sensitizing on the benefits of gender justice.”

The focus of the advocacy program is on the “biblical and theological foundation of gender justice.

Mwololo said all presentations are in Swahili language and target people at all levels to ensure that no one is left behind. He said the focus of the advocacy program is on the “biblical and theological foundation of gender justice.” The program is currently in the public participation stage with a target for greater awareness by 2020. “The principles are based on the LWF Gender Justice Policy of 2013 but in our context,” the KELC official added.

On women’s ordination, Mwololo said the church is steadily progressing and more women are joining the ordained ministry. On 30 June KELC ordained Rev. Catherine Prisca Hedy, who become the fifth female clergy in the church that now has a total of 21 ordained pastors.

“The church started encouraging women to apply for this ministry in the late 1990s. Very few were motivated to join the theological training and formation for ordained ministry. The first one was Rev. Catherine Ngina Musau who was ordained in February 2002,” Mwololo explained.

He said that the participation of women in ministry is increasing and the church is being blessed by youth participation. “As much as we encourage more female members to the ordained ministry generally the trend is increasing, all youth, both female and male are interested in this call. There are a number of reasons they give. The cultural barriers are not of strong influence in their decision. Nevertheless, we keep on encouraging them to join for purposes of continuity.”

Currently, KELC is organized in four church districts, 20 parishes, 16 mission areas totaling 36 units with over 182 congregations. The average Sunday attendance is 17,500 in a church with a membership of over 25,000. In addition to its ordained pastors, the church has 5 deacons and 1 deaconess. Also serving the church are 37 trained evangelists 7 of who are female, 5 volunteer retired clergy, and 230 male and female lay preachers.

The beginnings of the Kenyan church can be traced back to the mission work of the Evangelical Lutheran Church in Tanzania. KELC joined the LWF in 1992.