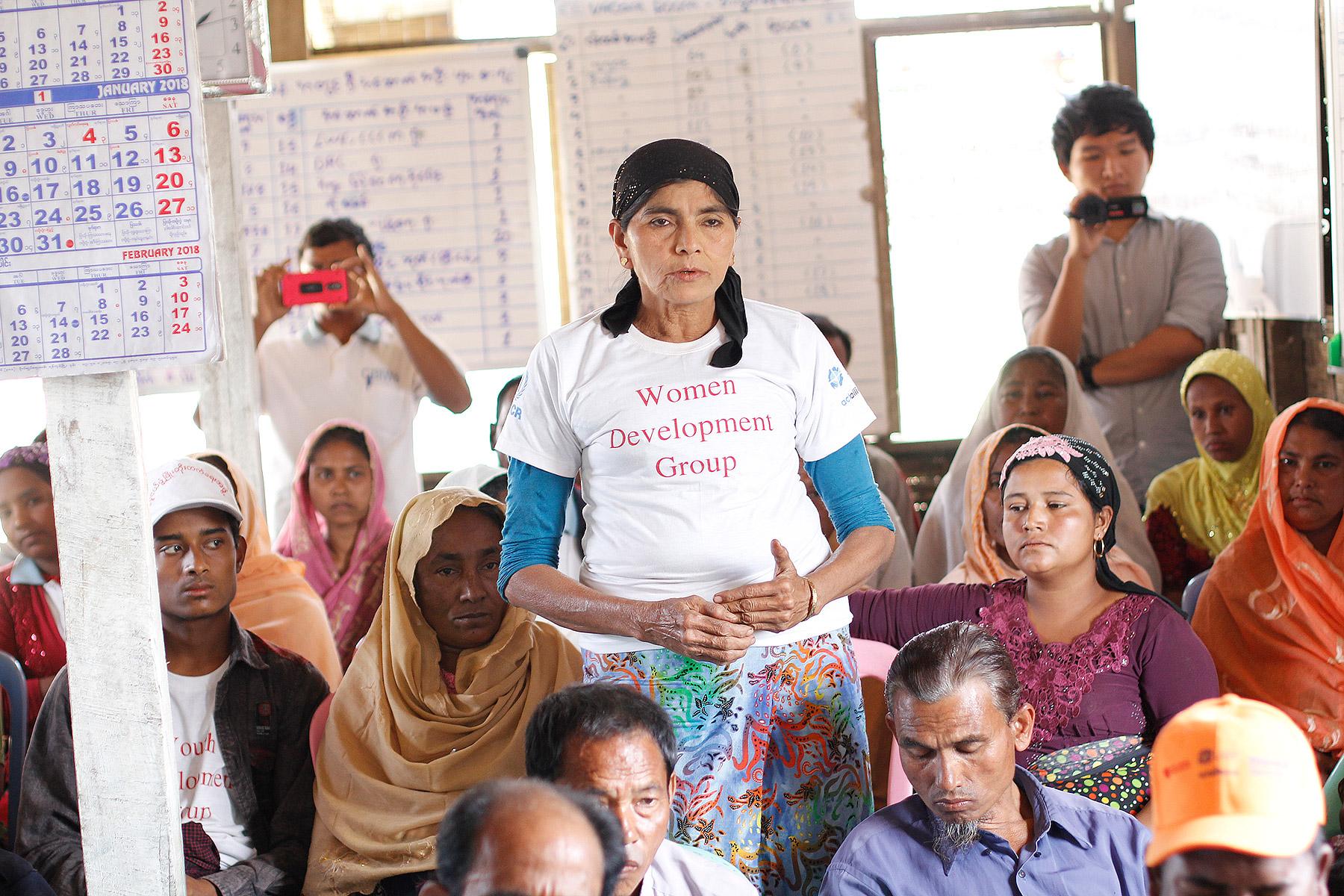 The 16 Days of Activism for ending Violence Against Women and Children is an annual global campaign from 25 November (International Day for the Elimination of Violence Against Women) to 10 December (the International Human Rights Day). The Lutheran World Federation (LWF) joins with other groups and faith-based organizations, focusing this year on the theme “Awareness, Action, Accountability”.

LWF Member Churches and Country Programs around the world are invited to engage with the campaign. LWF is making resources available to facilitate awareness raising, sharing best practices and urging men and women to go beyond words, working more closely together to promote gender justice. In Asia, LWF Myanmar is using the 16 days to reinforce its long-standing commitment to eliminate sexual and gender-based violence in the workplace and in wider society.

The 16 Days campaign will kick off in Yangon and the four sub-offices around Myanmar on 25 November with a user-friendly presentation that has been developed to guide the discussions. All staff are invited to reflect on gender-related attitudes, norms and behaviors influencing their professional and personal life.

Kanika Chakraborty, the LWF Myanmar Gender and Protection Coordinator explains: “Staff will be writing their individual commitments to promote gender justice and fight sexual violence on boards located in the different offices. Compliance with these commitments will be monitored throughout the year by our Complaints and Response Department”.

To promote compliance, staff will be encouraged to decorate their office walls with awareness-raising reminders, such as “Never give up the fight against violence”, “Stand Beside Her”. These will feature next to LWF’s global theme for the 16 days, “Awareness, action and accountability - Together we can end gender-based violence and promote gender justice”.

At the community level, in Sittwe, the capital of Rakhine State, LWF Myanmar will organize role plays on domestic violence in eight camps for internally displaced Rohingyas. In each camp, around 100 people will be invited to participate in the role playing that will be done for and by children, emphasizing the importance of mobilizing men and boys in the transformation process.

“To achieve the desired impact, all programming intended to tackle sexual and gender-based violence must include a component on how to mobilize men and boys. In LWF Myanmar, we are current revisiting our ongoing gender and protection programs, precisely to strengthen this aspect” said Kanika Chakraborty.

To achieve the desired impact, all programming intended to tackle sexual and gender-based violence must include a component on how to mobilize men and boys.

In addition to the focus on its own staff and programming, LWF Myanmar is participating in a state-level and national campaign, led by UN Women, UNHCR and UNFPA. Under the global UN theme, “Orange the World: Generation Equality Stands against Rape”, the campaign issues a call to listen to and believe survivors, to end the culture of silencing and to put survivors at the center of responses. Through diverse initiatives, the campaign unites the government, civil society and non-governmental organizations in Myanmar to fight gender-based violence.

“In the LWF Myanmar program, we have adopted a multi-track approach to tackle the issue of gender-based violence” said David Mueller, the LWF Myanmar Representative. “Providing protection and support to survivors goes hand in hand with addressing the wider issues of unequal power relations, harmful gender stereotypes and lack of female representation”.

The 16 Days of Activism for ending Violence Against Women and Children is an international awareness-raising campaign. This annual event, from 25 November, the International Day for the Elimination of Violence Against Women, to 10 December, the International Human Rights Day, works to end sexual and gender-based violence. Under the slogan “Awareness, Action, Accountability: Together we can end Gender Based Violence and promote Gender Justice”, LWF encourages its Member Churches and Country Programs around the world to creatively engage with the 16 Days campaign.