Join the LWF on a Unique Visit to Nepal 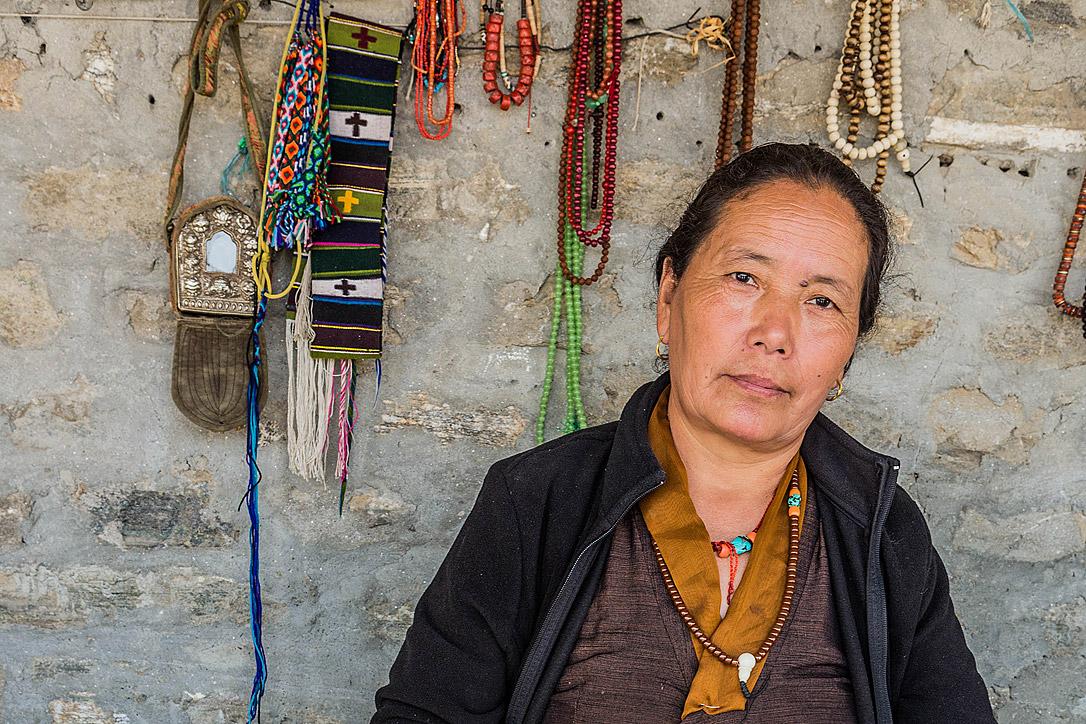 (LWI) – Sixty-five-year-old Tasha Tsering vividly remembers the day he began his new life as a refugee. He was ten when he fled from Tibet to Nepal with 15 members of his family following the failed uprising against Chinese occupation in 1959.

“My house was in East Tibet and we had quite a good life before fleeing to Nepal. I crossed the Tibetan boarder in 1959 and reached (the) Mustang district of Nepal,” says Tsering, who is board president of Dhoto Chhugang Welfare Association, and now lives in Kathmandu. “We were very happy to reach Mustang but we had the fear (at first) that the Chinese may come there and take us back to Tibet. When we reached Nepal we felt very free.”

The work among Tibetan refugees will be part of an LWF-led Backstage Pass trekking expedition to Nepal, from 25 October to 7 November 2014. The initiative offers a unique opportunity to encounter the mountainous parts of the country while gaining insights in other aspects of LWF’s collaboration with the refugees and host communities.

Established in 1984, the LWF Department for World Service (DWS) Nepal program began work with rural communities in the remote mountain regions. In later years the program has provided services for Bhutanese and Tibetan refugees, and since 2010 has been helping families like Tsering’s through income-generating opportunities, education and training skills as well as clean water, electricity and adequate sanitation facilities.

The LWF trekking route will offer participants “the opportunity to interact with Tibetan refugees who are being assisted by the LWF Nepal country program, and see what impact these assistance activities are having on their lives,” says expedition leader Duane Poppe, program officer for Climate Change and for East and Horn of Africa at the LWF Communion Office in Geneva.

“I’m excited about leading the LWF Backstage Pass in Nepal, a country where I have spent 17 years of my life,” adds Poppe, a former LWF representative in Nepal, and coordinator for LWF country programs in other parts of Asia and in Africa.

“The trekking route will enable us to experience the highs and lows of Nepal’s topography and explore the livelihoods, culture and spirituality of a cross section of its peoples,” he notes.

Improving Livelihoods for Thousands of Refugees

According to the United Nations High Commissioner for Refugees (UNHCR), Nepal hosts an estimated 15,000 Tibetans, who arrived in the country prior to 1990 and were recognized by the government as refugees. However, not all of them have been registered and many remain without documentation.

Dolma a more recent refugee from eastern Tibet lives in one of the settlements where the LWF works. She says it was difficult for the whole family to come to Nepal and therefore “came along with my three children and another sister in 1981. We came to the Solukhumbu area and then went to India to leave my children in the school run by Dalai Lama. My children have been studying in India and have been doing quite well in their studies. I have been involved in taking care of children in Khamba camp.”

LWF Nepal is involved in improving the livelihoods and living conditions of 3,993 displaced Tibetans and 1,100 people from the host communities. The project covers eight settlements, two Tibetan schools and a refugee welfare office. At Boudha settlement in Kathmandu district, for example, which is a popular tourist destination, LWF also provides language and vocational support for young people.

In the Jhampaling settlement camp in Tanahaun District, LWF supports the planting of fruit, medicinal and herbal trees on unused land to enable the settlement to become economically self-sufficient in the future. The project also includes collaboration with four national non-governmental organizations that provide technical support to Tibetans with a goal to improving operational capacity.

There are 17 Tibetan refugee settlements in Nepal. The refugees are legally not allowed to work in the host country’s formal sector, which has restricted their access to the highly competitive job market. As a result, many are engaged in informal economic activities such as carpet weaving, agriculture, handicrafts or work as guides or porters on trekking routes. Unemployment is high among Tibetan youth, women and the older generation.