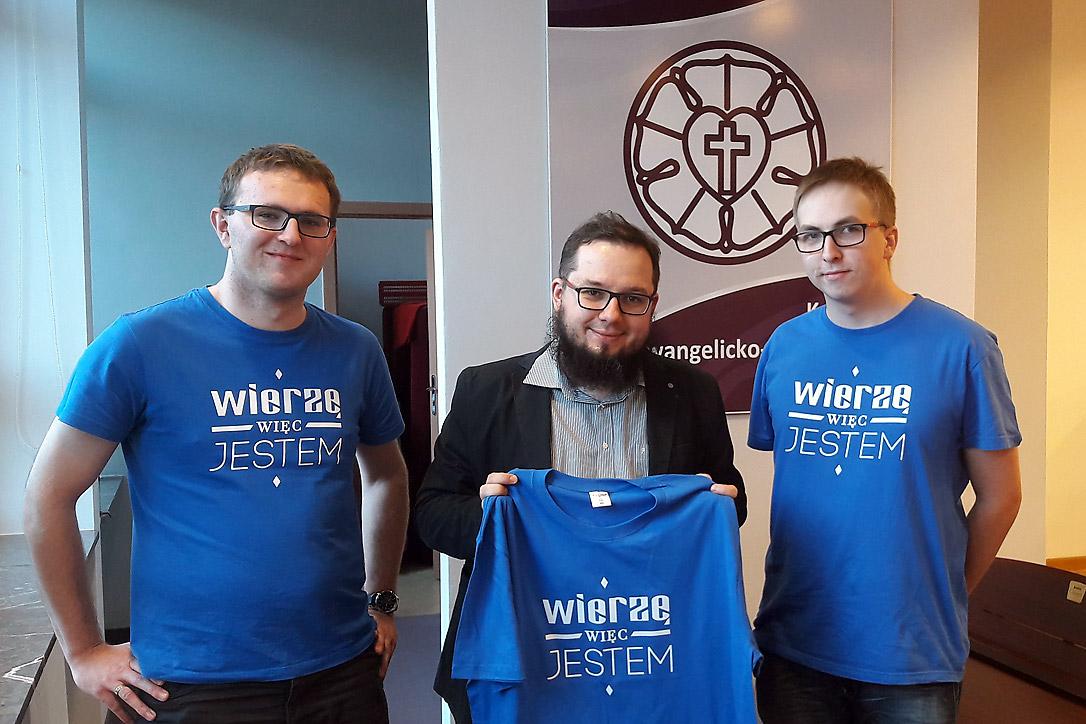 Young reformers in Poland have set up a Living Reformation project that exceeded expectation. Photo: ECACP

(LWI) Young Reformer and theology student Arkadiusz Raszka (26) from The Evangelical Church of the Augsburg Confession in Poland is leading a Living Reformation project that has attracted five times as many young people as initially anticipated.

Raszka chose the project on the Assembly sub-theme Salvation – not for sale. His approach was to expand on it by adding, “Who are we? What is our vocation?” (in Polish: Wierzę, Więc Jestem).

In just two years, Wierzę, Więc Jestem has grown from a diocesan activity to a national youth project. Hundreds of young people have volunteered in homes for the elderly, made Christmas presents for orphans and engaged in youth work at local parishes.

Initially the project aimed to involve 80 young people in seven local youth groups. Now, 22 groups around Poland and 400 youth take part. The widespread participation has had an impact on the national youth work of the church. The reaction of the young people themselves, the youth leaders and congregations has been positive and encouraging, he said.

Youth are not the future of our church, they are the present.

“Reformation is a process engaging more and more people, especially youth. Youth are not the future of our church, they are the present,” says Raszka, who is part of the Global Young Reformers’ Network, a program of The Lutheran World Federation’s youth desk. In more than 60 countries in every region, Young Reformers are running Living Reformation projects, with the objective of implementing an aspect of ongoing reformation in the church.

Distinctive blue t-shirts with the project’s name have became popular with the youth and are in high demand. The connection of the young people and their local Lutheran parishes, in church, community and through social media,  is vital for the continuity of the project, he says.

Raszka encourages the youth and the local churches to keep the activities alive by supporting and expanding the project.

Being a minority in Poland, participants  were encouraged to raise the presence of young Lutherans in Polish society and to create a project or activity aimed at serving other people in their communities.

The role of youth in everyday parish life has been strengthened by this project. More Polish young people are living out the reformation through this initiative of the Global Young Reformers’ Network, he says.

“Martin Luther was moved by the Word of God. And God inspired him to show people God’s grace and love,” Raszka said of his motivation for the project.

By David Caceres Del Castillo, edited by the Office for Communication Services.

Evangelical Church of the Augsburg Confession in Poland