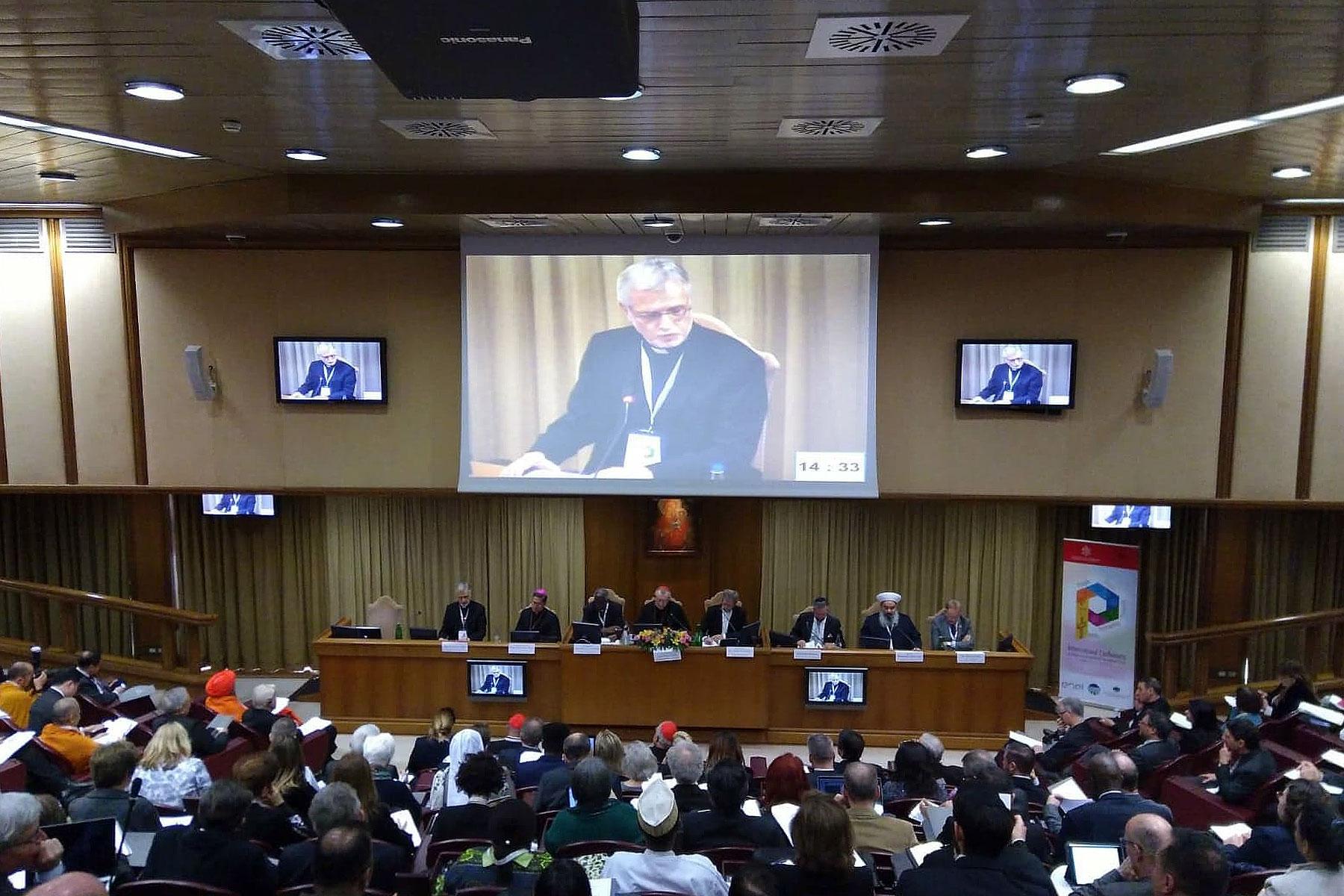 LWF General Secretary Rev. Dr. Martin Junge speaks at an interfaith panel on the opening day of the Vatican conference on Religions and the Sustainable Development Goals. Photo: GCCM

The LWF leader was among some 400 representatives of different faith communities taking part in the three-day conference on ‘Religions and the SDGs: Listening to the cries of the earth and of the poor’. The 7-9 March event was organized by the Vatican Dicastery for Promoting Integral Human Development and the Pontifical Council for Interreligious Dialogue.

In his presentation as part of an interfaith panel, Rev. Junge spoke about the UN Agenda for the year 2030 with its slogan ‘Leave no one behind’. Comparing it to the biblical parable of the shepherd who sets out to find the one lost sheep, he said this message “resonates well with the Christian community” as it reflects “our deeply-held faith convictions and practices.”

This vision of ensuring that no one is left behind in the implementation of the development goals stands in stark contrast to the prevailing logic of exclusion, the General Secretary said. Churches need to be straight-forward in stressing that “a development paradigm that operates on the basis of exclusion can’t be called development”, he said, adding: “We’d rather call it for what is: exploitation”.

The Lutheran leader noted that while faith drives the Christian vision of inclusivity, the secular SDG Agenda must be shaped by the Human Rights framework which is under threat in many parts of the world today. If the obligations enshrined in that framework are not upheld, he said, the SDG Agenda could lead to the weakening of accountability to these obligations, thus continuing to leave “people and entire communities behind”.

In particular Rev. Junge pointed to gender inequality, which “if left unaddressed”, he said, “will always leave women behind: underpaid, less educated, stigmatized and altogether on an unequal footing when it comes to development”.

While he acknowledged that “gender discourse is often difficult” for faith based organizations, he said he draws inspiration from the biblical stories of Jesus meeting, talking and listening attentively to women to illustrate God’s vision of leaving no one behind.

Rev. Junge also appealed for a “much clearer focus on our engagement with youth in the Agenda 2030” to avoid what he called “an important intergenerational conflict”. Young people, he said, are increasingly realizing that they are inheriting a world where “work, as we know it, won’t exist anymore, [….] and the ecological system sustaining their lives is deeply endangered because of climate change and loss of biodiversity”.

I want to strongly advocate for a much clearer focus on children and youth in the Agenda 2030. We are heading toward an intergenerational conflict: youth is increasingly realizing and experiencing that neither the economy, nor the ecology are working for them.

Dr Junge praised the leadership of both the Ecumenical Patriarch Bartholomew and Pope Francis, without whose encyclical `Laudato Si’’, he said, “the Paris agreement could hardly have been achieved”. Both of them “constantly remind us of our role as stewards of God’s creation” and “point to the deep conversion and transformation” that is needed and which faith-based organizations are “uniquely placed to support”, he said.

Last October, the LWF launched its own global ecumenical initiative called “Waking the Giant” focused on building the capacity of churches to contribute more effectively to the 2030 UN Agenda. Currently being rolled out in Colombia, Liberia, Tanzania and the United States, the initiative works to mobilize, connect and equip churches to help achieve some of the key development goals.