“End the suffering of thousands” 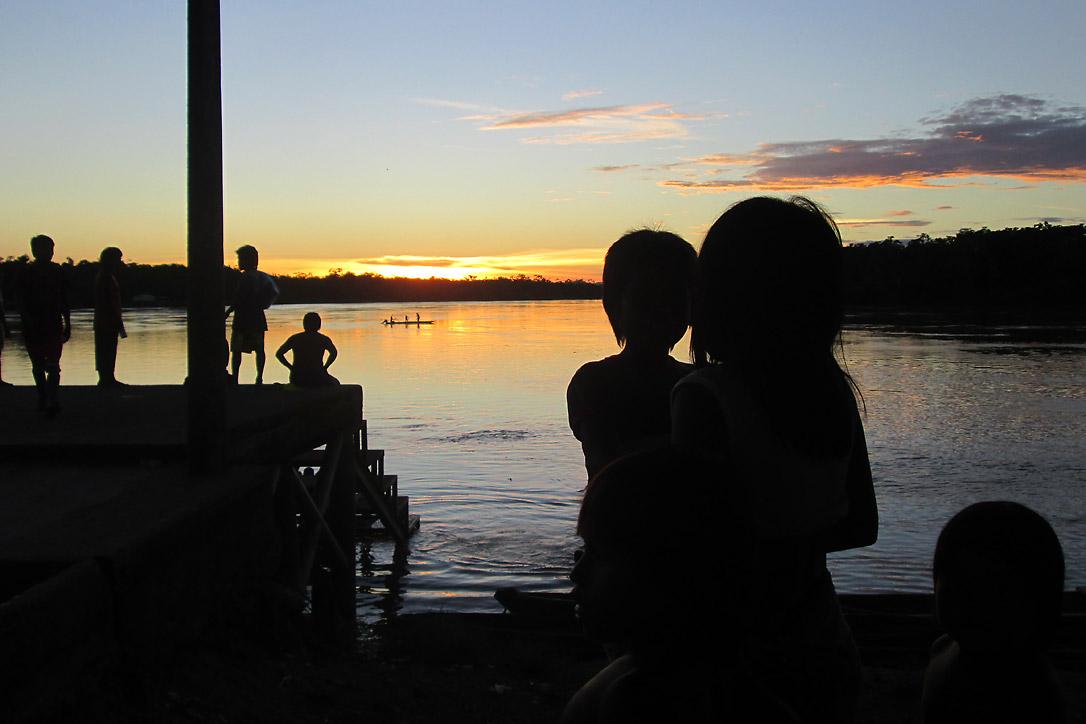 Children from an indigenous community in Choco watch the sunrise from a river bank. Photo: LWF Colombia

(LWI) – The Lutheran World Federation (LWF) expressed appreciation and support for the start of peace talks between the Colombian government and the National Liberation Army (ELN), one of the main parties in the ongoing Colombia conflict.

In a statement LWF general Secretary Rev Dr Martin Junge welcomed the announcement of the Colombian government and the guerrillas of the National Liberation Army (ELN) to initiate peace talks. “Being aware of the grave humanitarian consequences and the tremendous impact of the armed conflict on the civilian population, we appreciate the great relevance of the beginning of a dialogue between the Colombian government and the ELN, with a view to ending the conflict and thus also the suffering of thousands of people throughout Colombia”, Junge says. “We believe that the parties should take advantage of this favorable opportunity to build a new society in which conflicts will be solved by dialogue and not by arms and in which democratic participation by all sectors of society is encouraged.”

The conflict in Colombia has been going on for more than five decades. More than 200,000 people have died, mostly civilians. More than 15,000 people are missing. The ongoing guerilla warfare has displaced millions of people. Frequently rebel sabotage activities have left hundreds of thousands without clean water and electricity.

The main parties of the conflict are government forces and several guerilla groups. In 2012, Peace talks started between the government and the largest group, the Revolutionary Armed Forces of Colombia (FARC). The ELN (Ejército de Liberación Nacional – National Liberation Army) is an equally large guerilla army that was formed at the same time, but with a slightly different ideological approach.

In July 2015, the LWF together with more than 130 ecumenical and faith-based organizations signed an appeal to the main negotiators of the peace talks in Havana, calling for a bilateral ceasefire between the government forces and the FARC guerilla.

Active in the peace process

LWF’s presence in Colombia includes its member church, the Evangelical Lutheran Church of Colombia (IELCO) and one recognized congregation. “For us as Colombians it is very satisfying to count on the support of the LWF in an issue that concerns all of us in the nation”, Bishop Benjamín Ojeda of the IELCO says. “We appreciate the statement to the parties in conflict. May God bless your mission that is one of mediation for reconciliation.”

At IELCO’s invitation, the LWF Department for World Service started humanitarian assistance in 2002 and opened a country office in Colombia in 2006. Together with ACT Alliance and local networks, they have been working to promote of human rights, long-term sustainable development and humanitarian action.

The LWF is supporting civil society organizations in the regions of Arauca and Choco to work for peace. LWF is working with the Permanent Committee for the Defense of Human Rights-PCHR East Region on the project "Building Pathways of Peace in our Territory." The initiative seeks to involve local people both in defending rights – which requires courage and determination – and in peace building activities which encourage trust, such as academic and recreational projects.

In the statement, LWF General Secretary Junge urges the parties of the conflict to also address the issues that fueled the conflict, and to support the people affected by it. He calls on the parties to ensure that the agenda agreed “ensures truth, justice, reparations and safeguards against the repetition of their sufferings”

“We consider that the launching of a process of dialogue and negotiation with the ELN constitutes an important opportunity for discussing outstanding issues in the national debate such as environmental conflicts, the management of natural and mining energy resources, the exploitation of hydrocarbons and the need of a model of development which is environmentally sustainable, respects the rights and safeguards the livelihood of the rural and indigenous population and of people of African descent,” the statement says.

“By his bruises we are healed”
news
tttt
test news