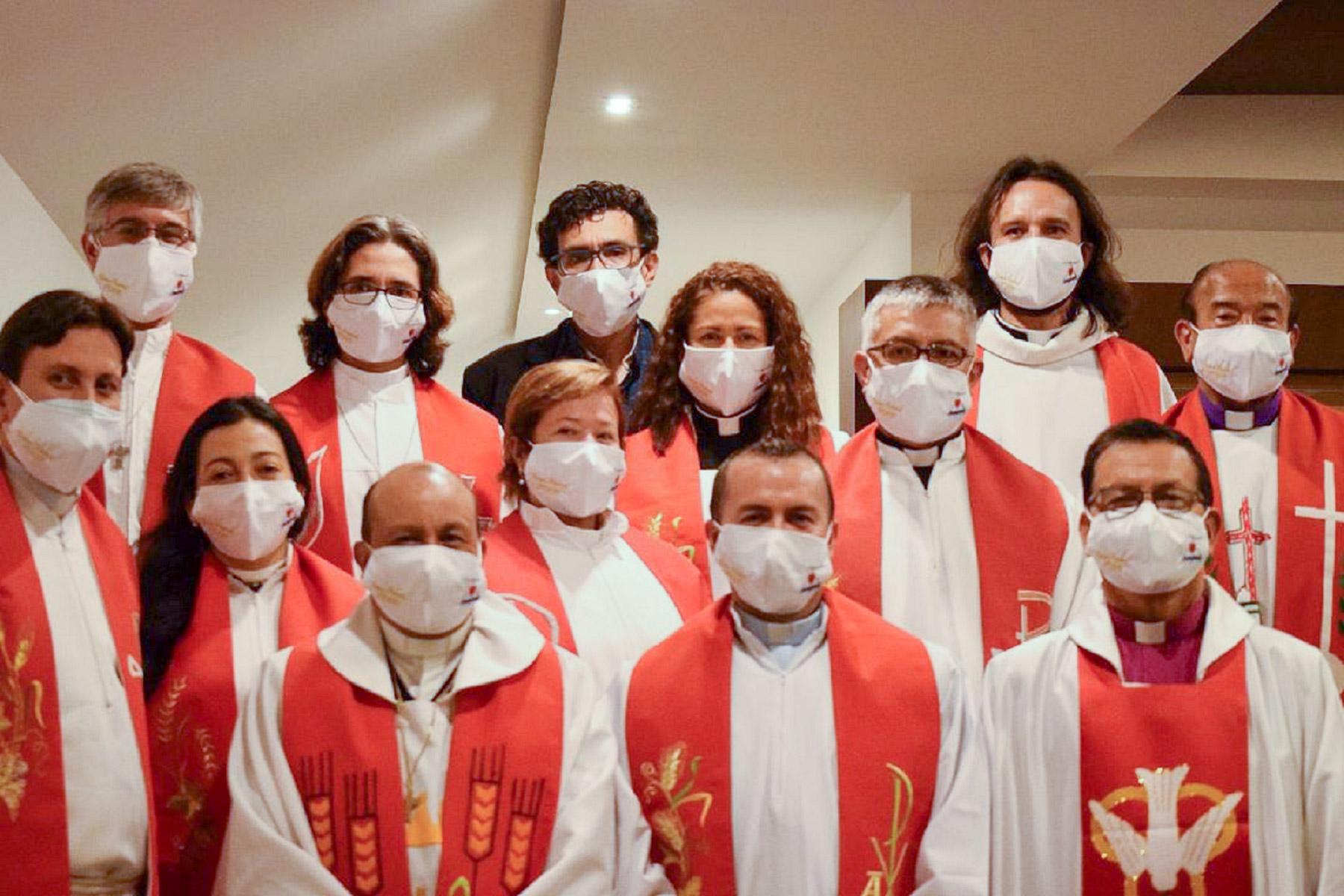 Violence against demonstrators must be stopped, human rights violations investigated

Demonstrations against a proposed presidential tax reform were met with resistance and violence, also resulting in damaged property.

The Colombian church urged the government to “ensure the protection of life and the guarantees inherent to peaceful social protest. The Colombian people deserve to be protected by their institutions and do not expect to be violated by them.” Furthermore, the church called on the government to listen to protestors that are raising “their voices in the streets demanding changes owed for decades.”

“We are concerned and distressed that the demands of the Colombian people are being violently repressed. We need to build a culture of peace where dialogue and consensus building is possible,” said Rev. Sonia Skupch, LWF Regional Secretary for Latin America, the Caribbean and North America.

IELCO leaders warned that a “direct revenue” method to raise “necessary funds” would further burden the middle class and families living in poverty. “This dangerously deepens the social divide and increases the unrest that fuels protest and even violence,” the church leaders wrote.

“Instead, we propose that applying a principle of solidarity and social justice, tax rates on income, dividends and wealth of those with greater wealth should be increased and tax exemptions for large economic groups should be dismantled,” the letter continues.

We raise our prayers for the God of Life to give strength and comfort to each of the families whose loved ones were violently taken from them during the days of protest.

In the aftermath of the unrest, the church called on national authorities to investigate human rights violations, with special attention to the disappearances, and to facilitate access to medical assistance, medicines, food and other essential goods.

The church also appealed to congregations to look to “our Lutheran identity” which affirms “word and action” throughout the wider society, proclaiming the church’s commitment to building peace, seeking justice and defending life and asking that the nation “be inspired by the gospel of our Lord Jesus Christ.”

“We raise our prayers for the God of Life to give strength and comfort to each of the families whose loved ones were violently taken from them during the days of protest.”

The letter concluded expressing hope that dialogues are being held that will “bring about significant changes that lead to the dignity of the most vulnerable in our country.”

Honduras: "We go without fear, we bless them”
news