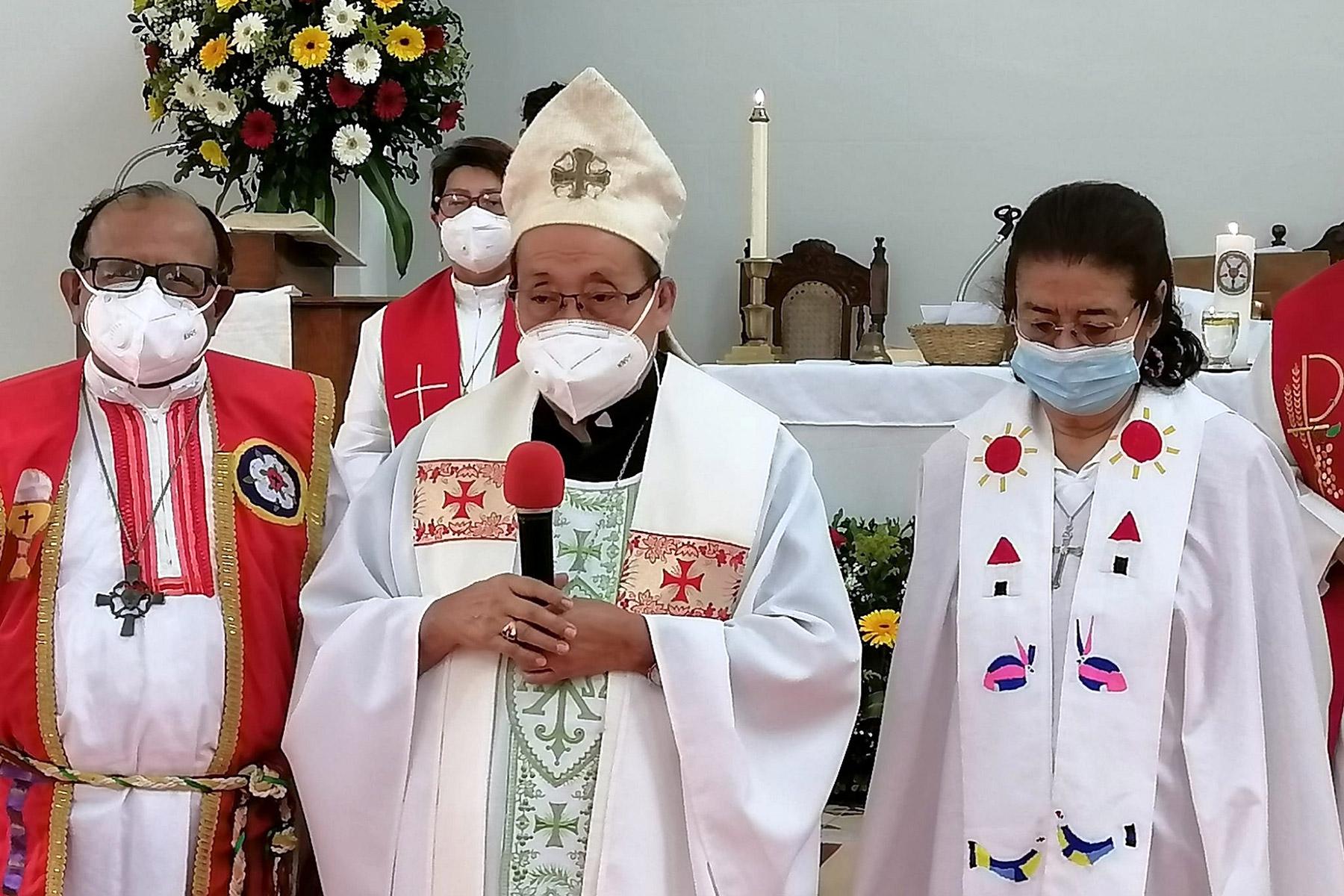 Bishop Medardo GÃ³mez Soto delivers a message on the thirtieth anniversary of the El Salvador Peace Accords. He said that people should remember history, so that we never forget or repeat the violence against the most vulnerable in society. Photo: Rafael Menjivar/ILS

(LWI) - On the 30th anniversary of the signing of the El Salvador Peace Accords, which ended the civil war in the country, Bishop Medardo Gómez Soto of the Salvadoran Lutheran Church (ILS) stressed the need for the church to mark the anniversary so that we never forget the atrocities caused by violence.

Representatives of the Farabundo Martí National Liberation Front guerrillas and the government with the accompaniment of the international community, signed the peace agreements on 16 January 1992. This put an end to more than 10 years of civil war in the country.

Gómez said that remembering our history keeps a society from repeating the violence that causes the most vulnerable to suffer.

"The signing of the peace accords is an opportunity to vindicate the victims of the armed conflict," Gómez said. Such a commemoration should always "honor the thousands of people who died or disappeared, who dreamed of a more just country.”

In a video message to the church, the bishop asked the church to remember three things. The first, he said is “to give thanks to God, for without God this peace would not be possible, secondly, it is a worthwhile cause to celebrate the anniversary of the accords, and thirdly, the church must commit to telling future generations about the significance of the commemoration, and never reduce it to just a party. We must never forget.”

“We cannot repeat the warlike encounters, attacks, assassinations and persecutions that caused death, pain, anguish and migration for the most fragile.”

Honduras: "We go without fear, we bless them”
news