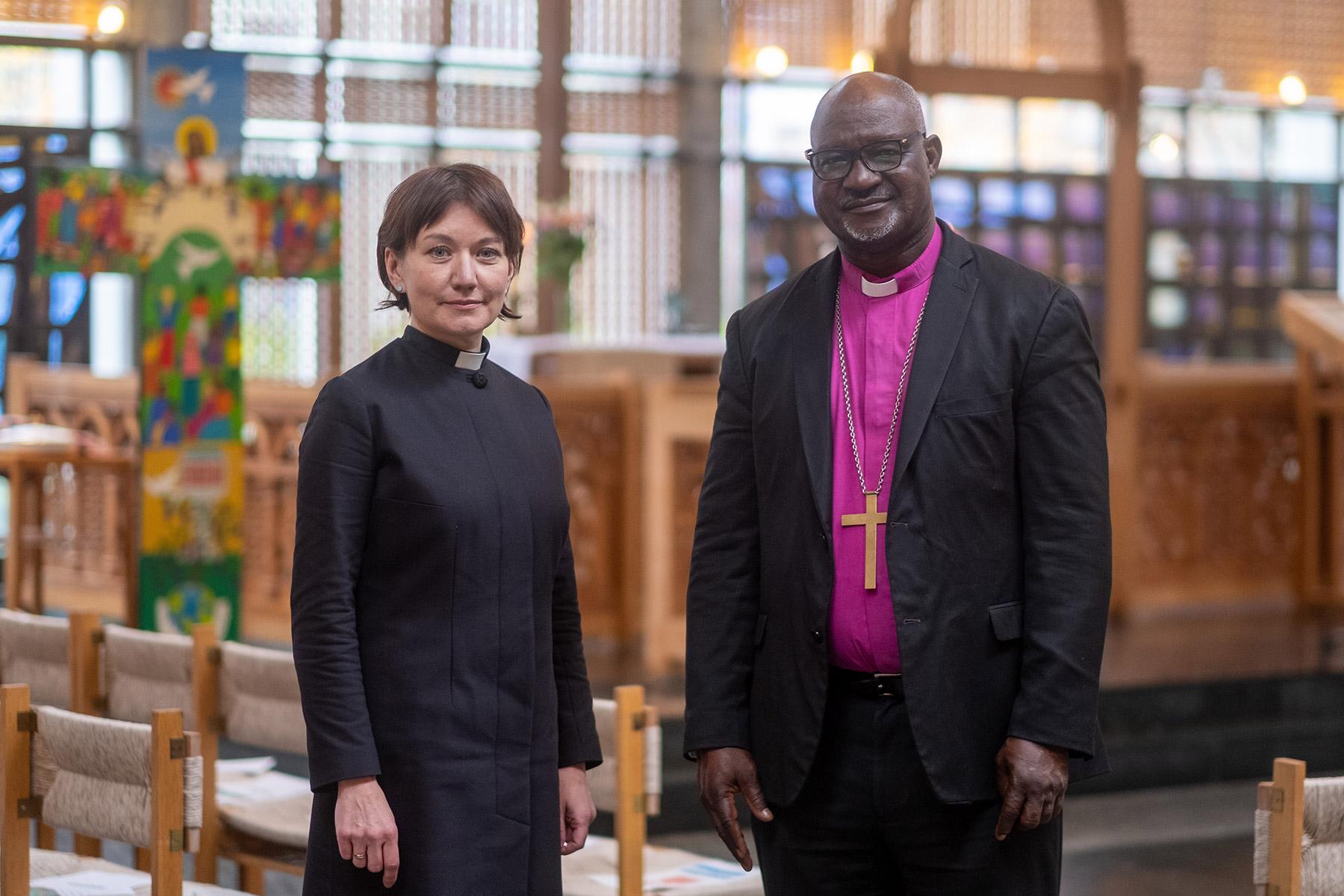 (LWI) - In her first address as General Secretary to the Council of The Lutheran World Federation (LWF), Rev. Anne Burghardt outlined three key principles or “gifts” that lie at the heart of Lutheran identity. Though the different contexts where member churches live and work have an impact on priorities,” she said, the centrality of “God’s unconditional grace,” the emphasis on education and the knowledge of being liberated to serve the neighbor in need continue to shape and “to nurture our churches today.”

Speaking to Council members and advisers, gathered online for the 17 November meeting, the new LWF leader said the understanding of God’s unconditional love “has far reaching impacts on how we live and how we do theology, particularly in times where the prosperity gospel in many parts of the world” aims at questioning this understanding. The year 2022, which marks the 500th anniversary of the publication of Luther’s translation of the New Testament into German, she noted, “invites us as a communion into deeper engagement with God’s Word.”

A second focus of Lutheran identity, Burghardt continued, is “the emphasis on the relevance of theological education and education in general.” It is not by accident, she said, that research on biblical exegesis has been cultivated and developed in the churches shaped by the Reformation. In today’s world, she insisted, “where simplistic answers to complicated questions are wide-spread,” education that supports the ability to think in nuanced and differentiated ways is a vital tool for combating simplistic answers and instant categorizations. Such simplistic approaches, she added, “do not support dialogue and do not take the complexity of the world around us seriously.

The new general secretary noted that the LWF has been supporting theological education in member churches through scholarship programs, study documents and, more recently, through a series of webinars on different topics. Additionally, the Theological Education and Formation Network helps to better connect educational institutes across all regions of the communion but “its work needs to be extended,” requiring “increased need for human resources.” Hopefully this can be met through fruitful cooperation with different institutions of LWF’s member churches, she said.

A third “special gift” of Lutheran identity, Burdhardt said, is the knowledge of being “justified and liberated by God’s grace to serve [….] our neighbors, to advocate where we see the dignity of human beings trampled underfoot, or where people are robbed of their homes and basic rights.” Noting the increasing numbers of refugees and forcibly displaced people, she said “the developments that we see across the world are not promising: the rise and strengthening of authoritarian regimes, the slow pace of actions taken by states to reduce the impact of climate change, the pushback on human rights, particularly the rights of women in many contexts.” Access to COVID-19 vaccinations continues to be very unequal, she noted, while the vaccines themselves “are increasingly made into a weapon of misinformation war […] adding to the already existing polarization and conspiracy theories.”

The LWF, Burghardt said, actively addresses these global challenges through its advocacy, diaconal, humanitarian and development work, supporting the vital actions of churches at grassroots level and working directly through its country and emergency programs. Empowerment of member churches to act and work locally, she stressed, remains a priority of the LWF. In particular, she praised the important advocacy role of young people, as seen through their recent contribution to COP26. “I was particularly happy to see that the slogan ‘Creation – Not for Sale,’ that accompanied us during the 500th anniversary of the Reformation, remains relevant and continues to set a direction to LWF’s work in the field of climate justice,” she added.

Churches must ‘walk the talk’

But the new secretary general noted that in order "to give credible witness and to call for more justice, inclusivity and transparency in our societies,” churches need to “walk the talk.” Therefore, she said, it is important to continue with programs which offer churches support in “elaborating leadership principles and structures which are in accordance with [the] Lutheran understanding of the priesthood of all believers and express the principles of servant leadership.”

In order to be agents of reconciliation, Burghardt continued, churches must have the capacity for peace building. In increasingly polarized settings, she said, “many churches need these capacities also for dealing with different opinions and conflicts within their own membership.” She noted the “excellent work” done in this regard by the Mennonite community, suggesting “we might profit a lot from ecumenical cooperation” with them.

Another significant challenge which Burghardt pointed to is “how to better reach the grassroots, the people in the pews” with a renewed awareness of belonging to a global communion. The role of the LWF, she stressed, is to be a “super-connector and facilitator that brings different parts of our worldwide communion together.” The LWF Learning platform, that will be launched on the website next year, will offer space for sharing resources and materials,” further strengthening this role, she added.

At a time when global platforms are increasingly put into question, Burghardt concluded, “the will to continue to move on together is a strong sign to the world around us.” The theme of the next LWF Assembly, ‘One Body, One Spirit, One Hope’, she said, “strengthens us […] in our commitment to unity and to communion with God and with one another.

Easter message: The Risen One Calls and Challenges us
news

Cameroon: Answering the call to serve the church
news