Chernihiv Oblast (region), north of Kyiv, was occupied by Russian forces for three months. After their retreat, the invading troops left destruction. LWF is supporting two municipalities in renovating their schools and making them safe for students. 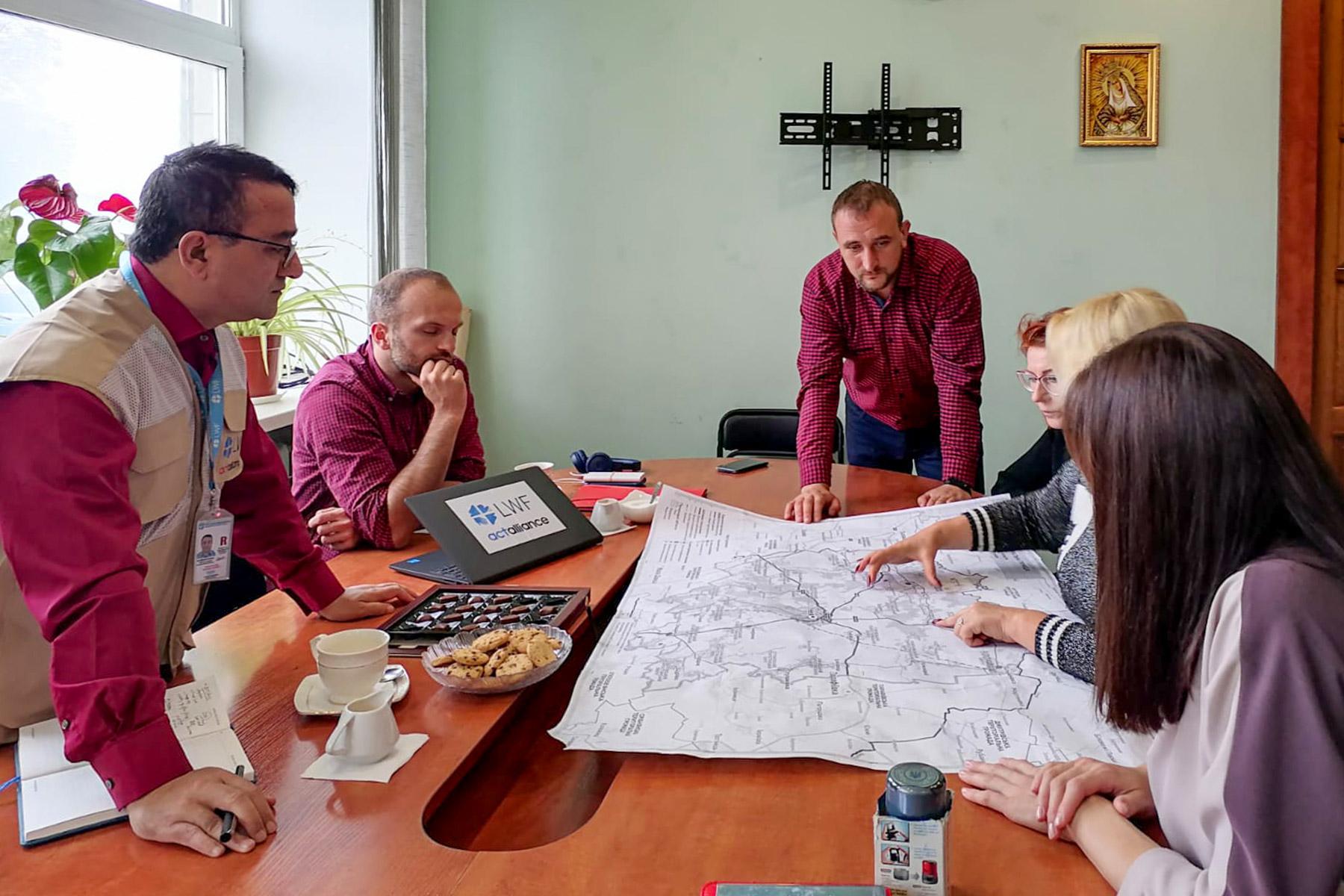 The LWF team (left) meets with the major and head teachers in Ichnya (right). Photo: LWF/ B. Pachuta

(LWI) - Schools in Ukraine cannot open unless they have a bomb shelter. This is now a government regulation in  the country, seven months after the Russian invasion. The Lutheran World Federation (LWF) is working with local municipalities to make schools safe for students to return to in-person tuition after months of interruption.

The Chernihiv region, between the capital Kyiv and the Russian border, was under occupation for three months. Upon their retreat, the invading troops destroyed private homes and public infrastructure. An LWF team visited the region in mid-September to start necessary renovation work which had been planned during the summer. 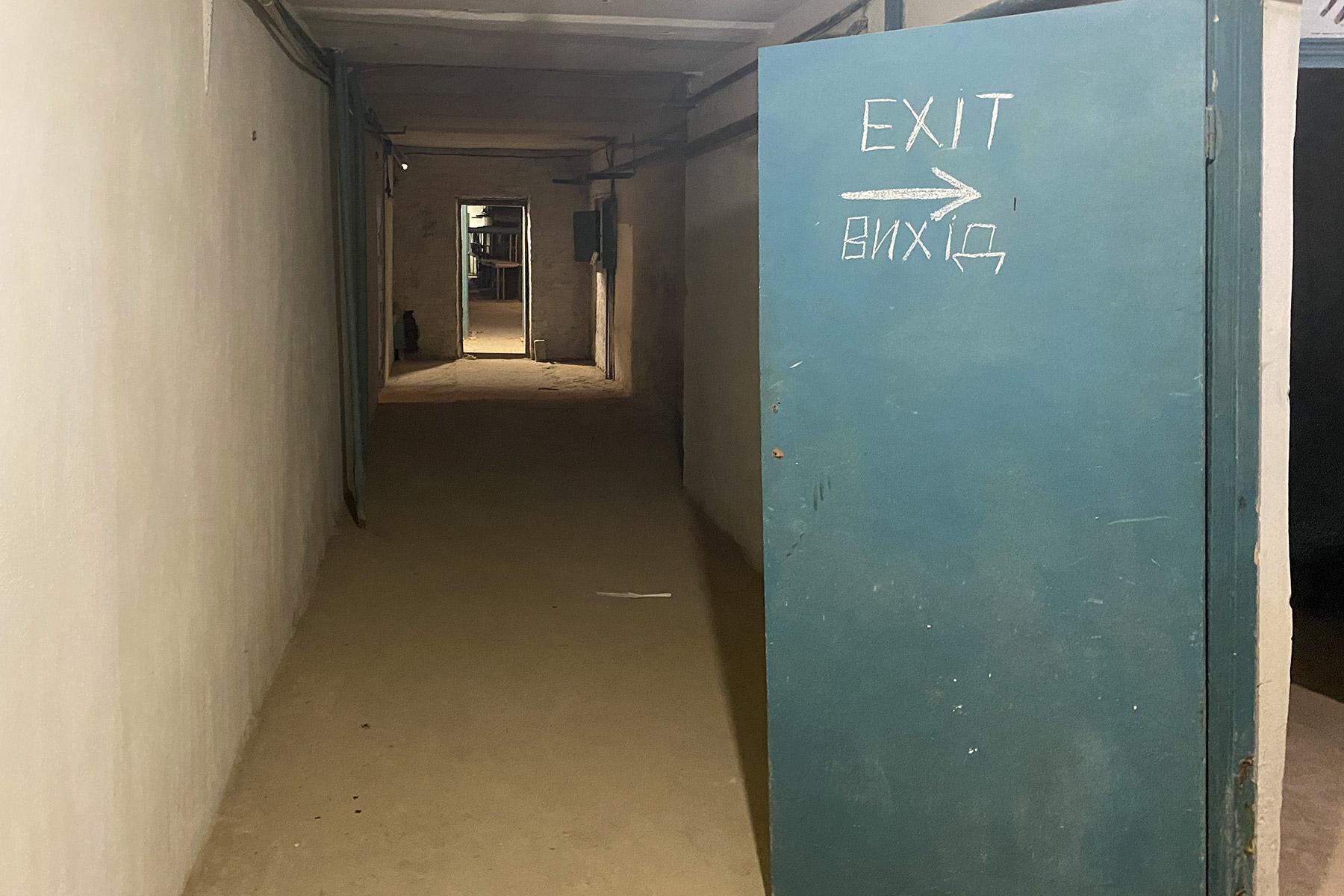 The basement in Dorogin lyceum. To shelter more than 100 students and teachers during a bomb alert, it needs toilets and other amenities. Photo: LWF/B. Pachuta

Work to complete before the winter

"I saw the Russian troops march through our community, and shoot at everything around,” recalls Natalia Mykolaivna Greben, deputy director of the Dorogin high school in Ichnya, which was heavily damaged by shelling. She recounts days of hiding in the basement and trying to find food, for herself and for elderly neighbors. On the last day of the occupation, the retreating soldiers shot at Natalia’s home, which burned down. “I lost everything on that last day”, says the teacher, who now lives with relatives.

A second high school in the town, however, remained largely intact. With 114 students from five surrounding towns, the Stepan Vasylchenko high school is the largest in the municipality. The students currently have mostly online classes, but to open fully, the school needs to provide a bomb shelter, Olena Buturlym, the mayor of Ichnya, says. “We are trying to complete the construction of the shelter before the winter season, so students can join classes onsite again.”

LWF, together with the municipality, will renovate the school’s basement and equip it with everything necessary to shelter the students for a longer time.

We are trying to complete the construction of the shelter before the winter season, so students can join classes onsite. – Olena Buturlym, Mayor of Ichnya

LWF has begun to support two municipalities in Chernihiv and plans to gradually extend the support to Kharkiv and Sumy regions. “Both are currently heavily affected by active hostilities,” says Bhoj Raj Khanal, LWF interim team leader for Ukraine. “The most urgent needs are repair of houses, renovation of schools including bomb shelters, protection related community activities and preparing for winter.” He expects that the country will need support for years to come.

LWF’s work in Ukraine is supported by LWF partners and member churches, among them the Evangelical Lutheran Church in America, the German National Committee, Kerk in Actie, Diakonie Austria and Diakonie Katastrophenhilfe.