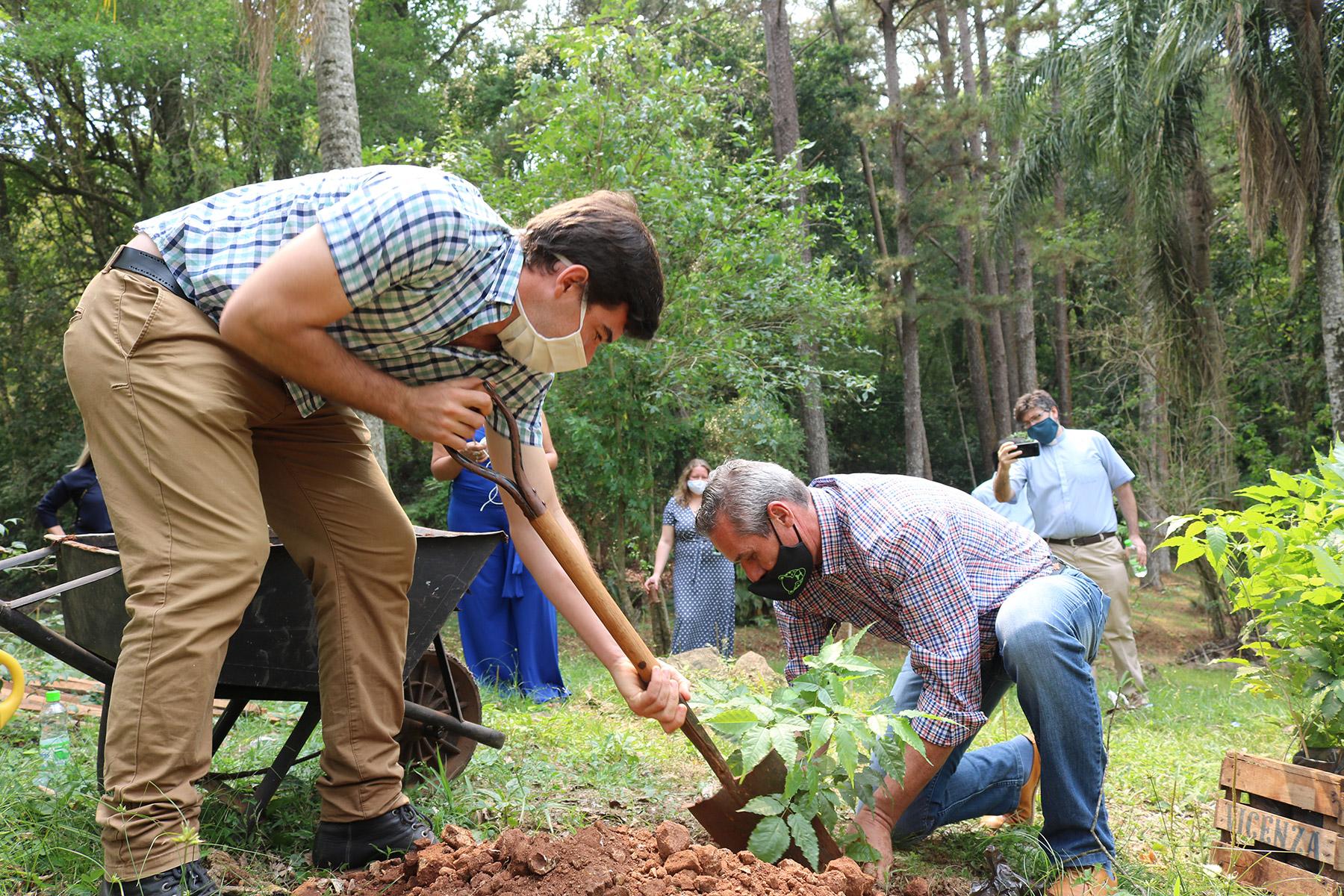 Coordinator of Crece Selva Misionera, Romero Dohmann plants a tree at the IERP Congregation San Juan Eldorado during the launch of a diaconal mission to reforest the region with 180 thousand trees. Photo: Prensa Barreto/IERP

(LWI) - Aiming to reforest over 3 square kilometers of forest regions with 180 thousand native trees along streams and other desecrated areas of Argentina, the Evangelical Church of the River Plate (IERP) diaconal foundation Fundacion Protestante Hora de Obrar with appreciation from local government officials, launched a mission to plant the trees between 2020-2022.

The coordinator of Crece Selva Misionera, Mission Grow Jungle is Mr. Romario Dohmann. He is a member of the Latin American and Caribbean Youth Network of the Lutheran World Federation and was a 2018 LWF youth delegate to the United Nations (UN) Framework Convention on Climate Change - COP24.

Along with actionable tree growing projects, the mission will also include educational awareness programs about the effects of climate change and deforestation.

"We are excited that this initiative will not only lead to specific actions, but also increase awareness of care and protection of our forests, streams and rivers," Dohmann said.

The foundation cites the recent spike of “fires in the Amazon and Paraguay as indicators of the current environmental crisis” and the necessity of the reforestation mission.

“Climate change is one of the greatest challenges for all humanity. We have already begun to see an increase in natural disasters and variable weather patterns, especially in the Latin American and Caribbean region,” said Ms. Elena Cedillo, LWF Program Executive for Climate Justice.

“It is a witness to the world when the LWF member churches work with these issues and that young people are taking the lead. Church initiatives like this one give us hope; young people addressing climate change impacts gives us hope.”

The project was launched on 3 October 2020 planting native trees at the Evangelical Congregation San Juan in Eldorado, Argentina, a congregation of IERP. The launch event was attended by state, city, education and environmental officials. It will continue in 25 municipalities of the Province de Misiones where the church is situated.

"Making the launch in this place is more than symbolic, because the care and conservation of nature is part of our identity as a church," Rev. Carlos Kozel, pastor of the IERP Eldorado congregation said.

“It is a beautiful natural place surrounded by mountains and we have to look for ways to continue conserving it."

The Evangelical Church of the River Plate has been a member of the LWF since 1991. It serves congregations in Uruguay, Paraguay and Argentina.

Fundacion Protestante Hora de Obrar is the diaconal arm of the Evangelical Church of the River Plate since 2014 and is an LWF supported project.

“We must hear the cry of the Earth”
news