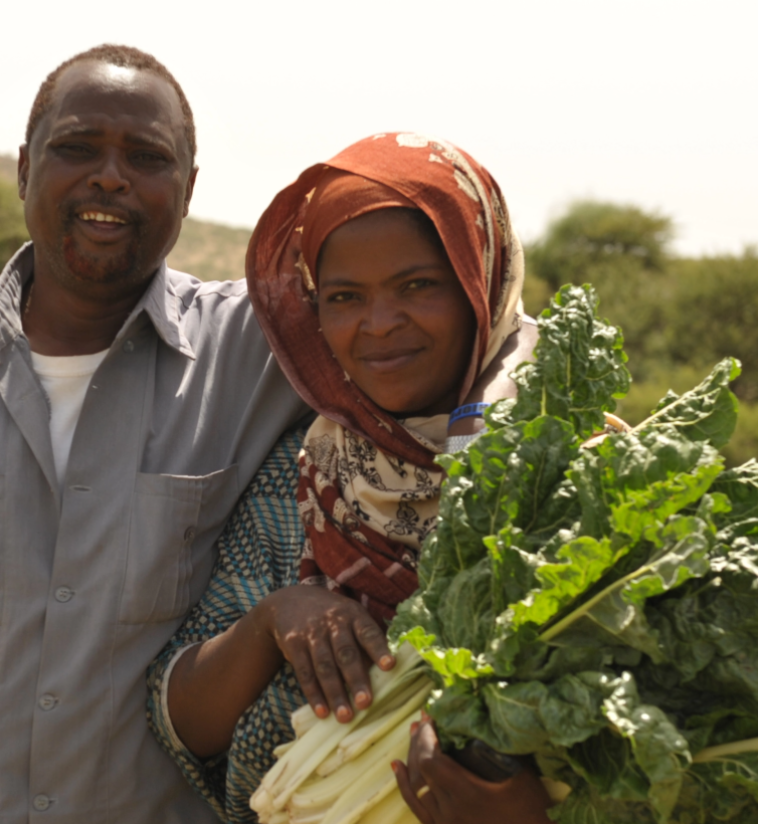 Apart from the hundreds and thousands who fled to neighboring countries, over 60,000 to Sudan, many remain internally displaced. According to UN sources, about 600,000 people in the Tigray region depend on food assistance. More than 2.2 million people lost their homes.

The Lutheran World Federation (LWF) Ethiopia program has begun to respond to Ethiopia's Tigray region's humanitarian needs. Following a joint assessment visit to the area, LWF will provide water and sanitation (WASH), relief items such as cooking equipment, soap, masks, and other things to prevent the spread of COVID-19, as well as livelihood support, protection, and peacebuilding services.

Part of the LWF response will happen through the ACT Alliance Ethiopia Forum, in a strong partnership with other faith-based and ecumenical partners. Together, all partners aim to support over 250,000 people affected by the conflict in Tigray and the surrounding provinces of Amhara, Afar, and Konso. The response will last for a year, with a high likelihood of extension given the conflict and displacement scale.

Ethiopia has 82 officially confirmed cases as of mid-April. Addis Ababa the capital city is the epicenter due to the fact that the main international airport, a major gateway and transit hub for Africa are located here. Many of the confirmed cases so far are imported by foreigners and Ethiopians returning from overseas.

Even if most of the cases are concentrated in Addis Ababa, people affected by the virus have been detected in three regional states: Amhara in the Northwest, in Adama Nazareth, the capital of Oromia regional state just 60 Km from Addis Ababa and dire Dawa city Administration in the East.

The Government's strategy is to prevent the spread by closing international land borders, schools, universities, banning mass gatherings, testing, contact tracing, two-week quarantine for newly arriving passengers at Bole International airport, promotion of social distancing and awareness-raising for hand washing. Secondly, they are building the capacity to treat increasing numbers of cases. Ethiopia has identified two large hospitals, one for testing and the other one for treatment and also has some trained health professionals for the Ebola epidemic in Congo for now. Like in many countries, there is a lack of tests and of protective clothing.

LWF maintained essential staff in the field. Operations now focus on prevention and awareness-raising, to mitigate the propagation of the virus especially from Addis Ababa to the regions. It is difficult to access soap and sanitizers. For the communities we serve, social distancing is not an easy directive to heed as many eke out a living on a daily basis such as daily laborers and traders, who without that work lose their income, and have no reserves to fall back on.

Ethiopia is one of the world’s fastest-growing countries with an estimated population of 90 million people. Yet despite increased economic growth in the past decade, Ethiopia still ranks near the bottom of the Human Development Index.

More than 80 percent of the population lives in rural areas and relies heavily on rain-fed agriculture for their livelihoods.

Insecurity in nearby Eritrea, Somalia, South Sudan, and Sudan has forced people to seek refuge in Ethiopia. By September 2017, the country was host to 883,546 refugees in the country. Ethiopia is one of the first five African countries participating in the Comprehensive Refugee Response Framework (CRRF), a set of commitments set out by the UN General Assembly in its 2016 New York Declaration for Refugees and Migrants, designed to improve ways of protecting people on the move.

What we’re doing in Ethiopia

In our work with rural Ethiopian communities, the LWF assists with agricultural development through inputs, small-scale irrigation schemes, training and technical support, and veterinary support. We also partner with communities on water sustainability through water user associations, water facilities, and training in water supply management.

In addition, the LWF supports tens of thousands of refugees with programs in water and sanitation, education, psychosocial support, livelihood development, and environmental conservation. We provide assistance both to refugees and the host communities that receive them, helping to reduce potential new conflicts over water resources.

We help refugees to develop their livelihoods by combining seed and tool distribution with training in multi-story gardening, poultry production, and vegetable production.

LWF country representative Sophia Gebreyes has been very active in public advocacy about climate change. In various international conferences, she has talked about the devastating effect on farmers and communities in her home country, Ethiopia.

We invite you to read a short presentation in this blog: No time to build resilience to climate change

The official launch of the Inter-Governmental Panel on Climate Change (IPCC) Special Report on the 1.5°C Global Warming in October of 2018 gave a clear warning to the world about the dangerous path and trajectory our Planet Earth is on unless global warming is limited to 1.5°C. LWF Ethiopia as part of its commitment to climate justice, contributed to the publication of two special reports to zoom in on the effects of climate change already being felt even at 1°C and the devastating impact that even a 0.5°C global warming would have on Ethiopia. You can find the report on the LWF Ethiopia country page.

Our donors and partners

"The future is already here for Ethiopia. Millions are already facing consequences like severe food insecurity, water stress, migration and displacement at 1°C of global warming. For them, the 1.5°C and 2°C scenarios are too grim to contemplate."
— Sophia GEBREYES, LWF Country Representative, Ethiopia
Share
Donate

Help us make a difference in the lives of people in need in Ethiopia and other places throughout the world.