Worshiping together on Reformation Day 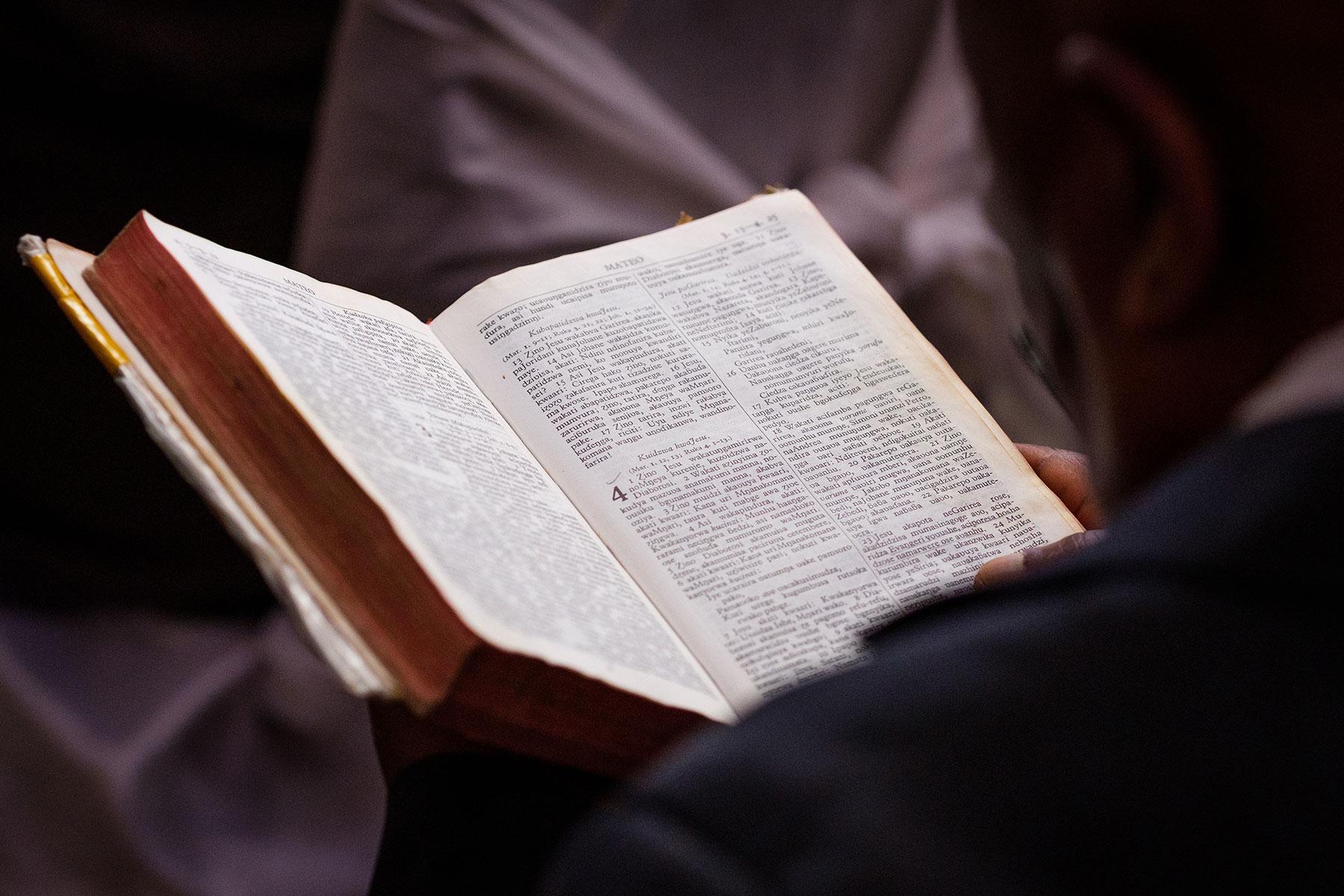 Vibrant and beautiful worship at the Njube Centre parish of the Evangelical Lutheran Church in Zimbabwe. LWF General Secretary Martin Junge preached, local choirs sang beautifully and young people from the church offered powerful testimony to a society peace. Ecumenical partners of the ELCZ participated in the service. From 29 February-4 March 2020 the LWF General Secretary and a high level delegation visited Zimbabwe, its churches and people, to show solidarity and offer encouragement. Photo: L

(LWI) - Member churches of the Lutheran World Federation (LWF) are called to engage more closely with one another as they prepare to mark this year’s anniversary of the Reformation on 31 October 2020.

Ahead of the annual celebration of Reformation Day, LWF General Secretary Rev. Dr Martin Junge has written to church leaders highlighting new resources that are being made available to unite Lutherans across the globe through worship and prayers, publications and online encounters.

In his letter to leaders of all 148 member churches, Junge stressed the importance of the “liberating message of God’s works of salvation in Christ Jesus, which we receive by grace through faith alone.” There is no better time to bring this message of hope and freedom to the people of the world, he continues: “the costly gift of new life is offered to us for free, not because of who we are and what we do, but because of who God is and what God does.”

Included with the letter are intercessory prayers in six languages that churches are encouraged to use, focusing on “the Reformation as a global, ecumenical and ongoing event.” Worship leaders are also invited to use a Gospel reading from John 15 which was read during the Joint Commemoration of the 500thanniversary of the Reformation with Catholic leaders including Pope Francis in Lund, Sweden in 2016.

“How wonderful it would be for local congregations and national churches to know that, while saying one of [these] prayers, they would be doing it together with Lutherans around the globe!” Junge says. “And how meaningful to know that by reading John 15 in worship, they will be hearing it in hundreds of different languages” as they are spoken throughout the global communion,” he adds.

Alongside traditional worship resources, the LWF is making available social media materials which churches are urged to use, share and include in their own activities. During the week leading up to Reformation Day, videos from all of the LWF’s seven regions will be published, with reflections on what it means to be Lutheran in diverse countries and cultures.

“I am sure that your local congregations will be inspired to listen to such inputs, grasping the global dimension of Reformation, and reflecting about what they hear from other regions,” Junge tells the church leaders.

On 27 October, the LWF will also be hosting a public webinar on media literacy and faith communities, highlighting the ongoing concern for literacy and education that was a cornerstone of the Reformation. The online seminar will feature Bishop Heinrich Bedford-Strohm (Evangelical Lutheran Church in Bavaria and Chair of the Council of the Evangelical Church in Germany) in conversation with practical theologian Prof Anita Cloete (Stellenbosch University – South Africa) and Dina Zaman, a Muslim researcher and former journalist (IMAN Research, Malaysia).

Our aim is to support member churches in more effective engagement with the media during this time of increasing fake news and misleading theologies.

“Our aim,” says Junge, “is to support member churches in more effective engagement with the media during this time of increasing fake news and misleading theologies.

Another important online publication on Reformation Day will be an anniversary edition of the Joint Declaration of the Doctrine of Justification (JDDJ), signed by Catholic and Lutheran leaders in October 1999. That landmark document has since been affirmed by three other global Christian families, the World Methodist Council, the Anglican Communion and the World Communion of Reformed Churches.

The new edition in four languages will include the statements of association to the JDDJ of the three other communions, as well as the announcement of additional plans for further joint action among all five communions.

“We very much hope that you will find ways of making use of these resources and opportunities,” Junge concludes in his letter to church leaders, “thereby commemorating jointly with the global communion of churches and with our ecumenical dialogue partners, this new anniversary of the Reformation.

Joint Declaration on the Doctrine of Justification – 20th Anniversary Edition