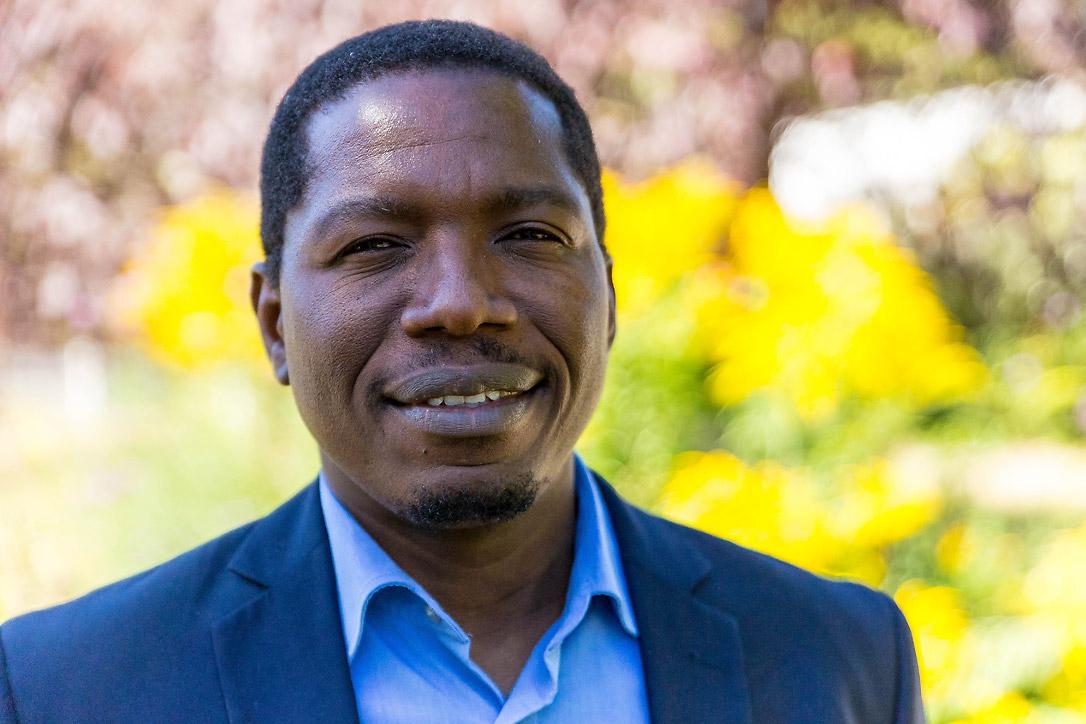 (LWI) - Faith groups play a vital role in opening spaces for civil society engagement with governments, even if that role is often ignored or misunderstood. That’s the view of Rev. Dr Kenneth Mtata, General Secretary of the Zimbabwe Council of Churches (ZCC), who gave a keynote address to the General Assembly of the International Partnership on Religion and Sustainable Development (PaRD), taking place at the Ministry of Foreign Affairs in Copenhagen, Denmark, from 1 to 3 May.

Also attending the Assembly was the General Secretary of the Lutheran World Federation (LWF), Rev. Dr Martin Junge who moderated a panel discussion with representatives of governments, the UN and faith based organizations.

Mtata stressed that religious organizations, in many countries, are more widespread and more trusted than any other institution, providing a safe space where civil society can meet, “away from the limits and controls of the state.” Especially in the global south, he said, faith communities are “the largest single constituency” that meets regularly each week, making “the church, the mosque, or the synagogue the most regularly attended, self-organising, identity-shaping and legitimacy-giving institution,” ahead of any other civil society grouping.

He cited the example of his native Zimbabwe, where civil society became fragmented and fearful of “what the outgoing government of [former President Robert] Mugabe was doing.” In 2017, he noted, the churches, acting as part of the National People’s Convention, served as a platform to organize and represent the voice of civil society during the period of political transition.

If we had understood the power with which we mobilized, we could have gained something much more lasting and sustainable.

At the time, Mtata said, the churches themselves did not realize the extent of their ability to mobilize and become such a powerful negotiating partner. “If we had understood the power with which we mobilized, we could have gained something much more lasting and sustainable,” he said. Similarly, in January 2019, following a crackdown on demonstrators protesting against fuel and food prices, he added, many people turned to the churches as “the only safe space” that allowed for reflection and the regrouping of civil society activists.

In playing this vital role, Mtata continued, it is important to build collaborative partnerships between different churches and faith communities in order to reach and represent the widest possible audiences. In the Southern African region, he said, Islam and Christianity constitute almost 90 percent of the population, while in Zimbabwe, the Christian churches alone constitute more than 86 percent.

Mtata explained that one of the principle reasons given by governments for restricting civil society space is that of national security, with human rights activists often being accused of undermining governments or seeking to support regime change. Another justification that authorities use to limit the voice of civil society is what Mtata called ‘economic reductionism’, focusing solely on economic development while ignoring related questions of relocating communities or environmental degradation.

The ZCC leader highlighted the way in which churches are able to “use different language from secular groups to communicate the same agenda.” This means that when governments close down discussion of a particular issue, faith communities can use “religious rituals” or “non-confrontational language” to convey the same ideas about defending human rights or supporting sustainable development goals. By using such religious language, faith leaders can often appeal to the “strong belief systems or convictions of communities,” leveraging wider support and more sustained participation than other civil society groups.

Mtata recalled a 2017 visit by World Council of Churches (WCC) leader, Rev. Dr Olav Fykse Tveit to Zimbabwe to show how religious leaders can draw on global resources and networks which give them greater credibility and moral authority than secular organizations. The visit of that global ecumenical delegation “created a huge capital at local level to open doors that could not be opened before,” he explained.

The recognition and respect shown to religious leaders means “they can often engage with a system of oppression” in ways that other civil society advocates cannot do, Mtata said. But they must also balance this prophetic role of confronting oppression and abuse with the need to offer the constructive collaboration of faith communities in order to build more just and peaceful societies.

Church in the Public Space