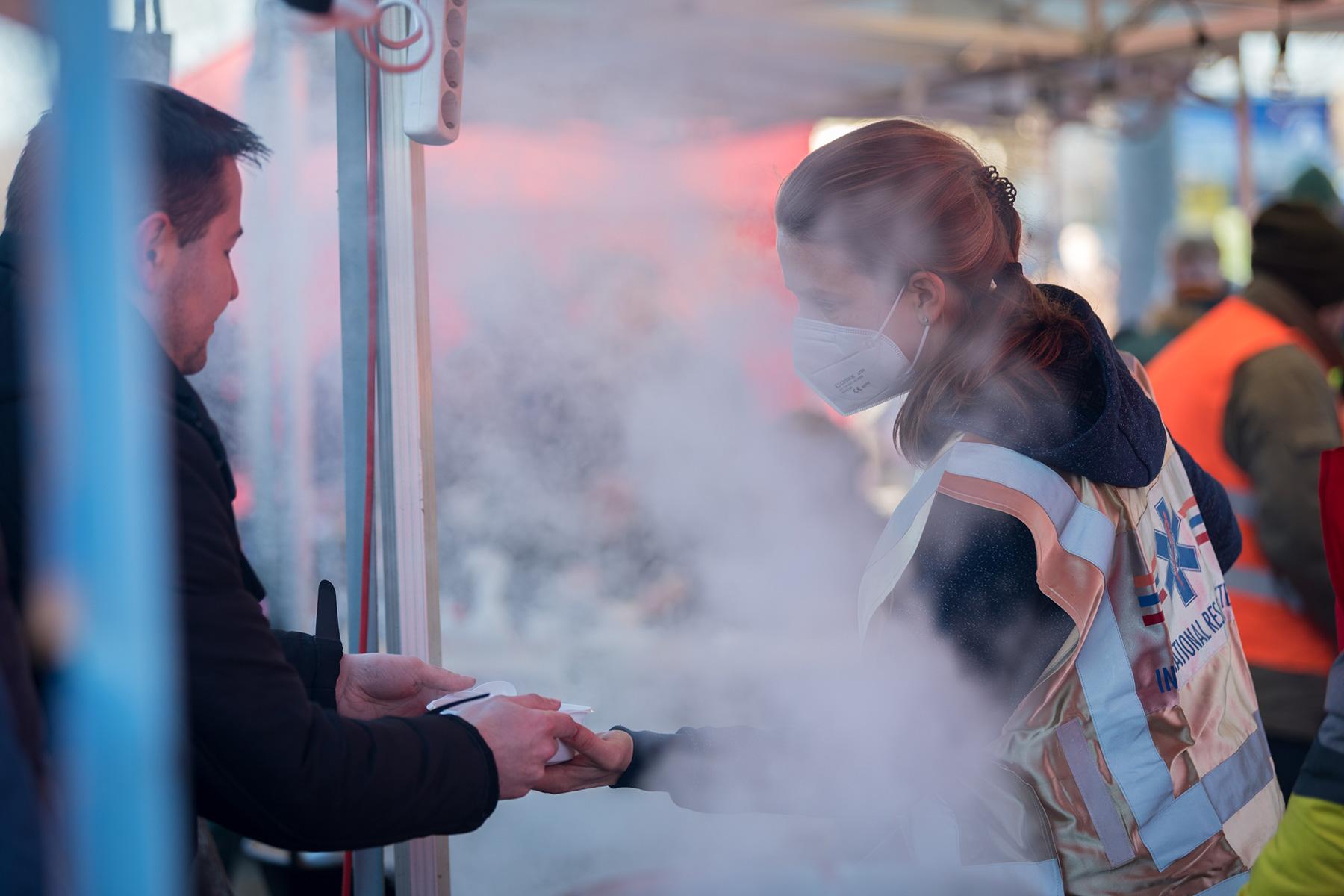 A woman serves food at a soup kitchen for refugees from Ukraine, at the Vyšné Nemecké border crossing between Slovakia and Ukraine. Photo: LWF/Albin Hillert

(LWI) - Six months after the military invasion of Ukraine, the Lutheran World Federation continues to support people affected by the war.  As the cold season approaches, there is a need to rehabilitate homes and public buildings which have been destroyed or damaged. In addition, there is an increasing need for psycho-social support as well as pastoral care. LWF supports people in Ukraine, as well as refugees in the neighboring countries, with direct humanitarian aid and through its member churches.

“Within days of the attack, we had a team in Poland. Since then, we’ve established an office in Warsaw, and initiated multi-purpose cash distribution centers aimed at assisting more approximately 50,000 people. We work closely with the Lutheran church and the UN Refugee Agency, UNHCR”, says Chey Mattner, LWF Head of Operations. “Cash allows mothers to buy what is best for their family, and gives them a much-needed sense of autonomy. In time, the program will focus more on providing protection to women, children and those who are vulnerable."

Much of this work has been made possible through the donations of LWF member churches, who have generously contributed to the LWF response. In a unique partnership, LWF has combined funds and infrastructure from the UN refugee agency UNHCR, its own technical expertise and coordination experience in humanitarian work, with the deep connection of its member churches with local communities.

“It’s humbling to see this strong response by the churches,” says Eva Christina Nilsson, LWF Director of Mission, Theology and Justice. “The LWF member churches, both in Ukraine and the neighbouring countries have shown great hospitality and solidarity with people suffering from the war. They have opened up their parish houses, their homes and taken concrete action in serving people that had to leave their country. The churches all have a long diaconal experience which they have built on in this crisis situation.”

We don't know how long this war will last, but we remain committed to serving those who are suffering in the best way we can.

As the cold season approaches, LWF will start assisting people in the northern region of Ukraine to prepare war-affected communities for a long winter ahead.

Further projects are also planned with member churches in the region, who after half a year of hosting refugees need support to rehabilitate infrastructure, and to integrate the Ukrainians into local communities.

“We don't know how long this war will last, but we remain committed to serving those who are suffering in the best way we can” says LWF Head of Operations, Chey Mattner.

LWF is coordinating a response through its member churches in Ukraine and the neighboring countries to ensure support to refugees fleeing Ukraine as well as their safe and dignified arrival. The work is supported by LWF's funding partners, including the Evangelical Lutheran Church in America.