Recommitted to protection and rights of refugees 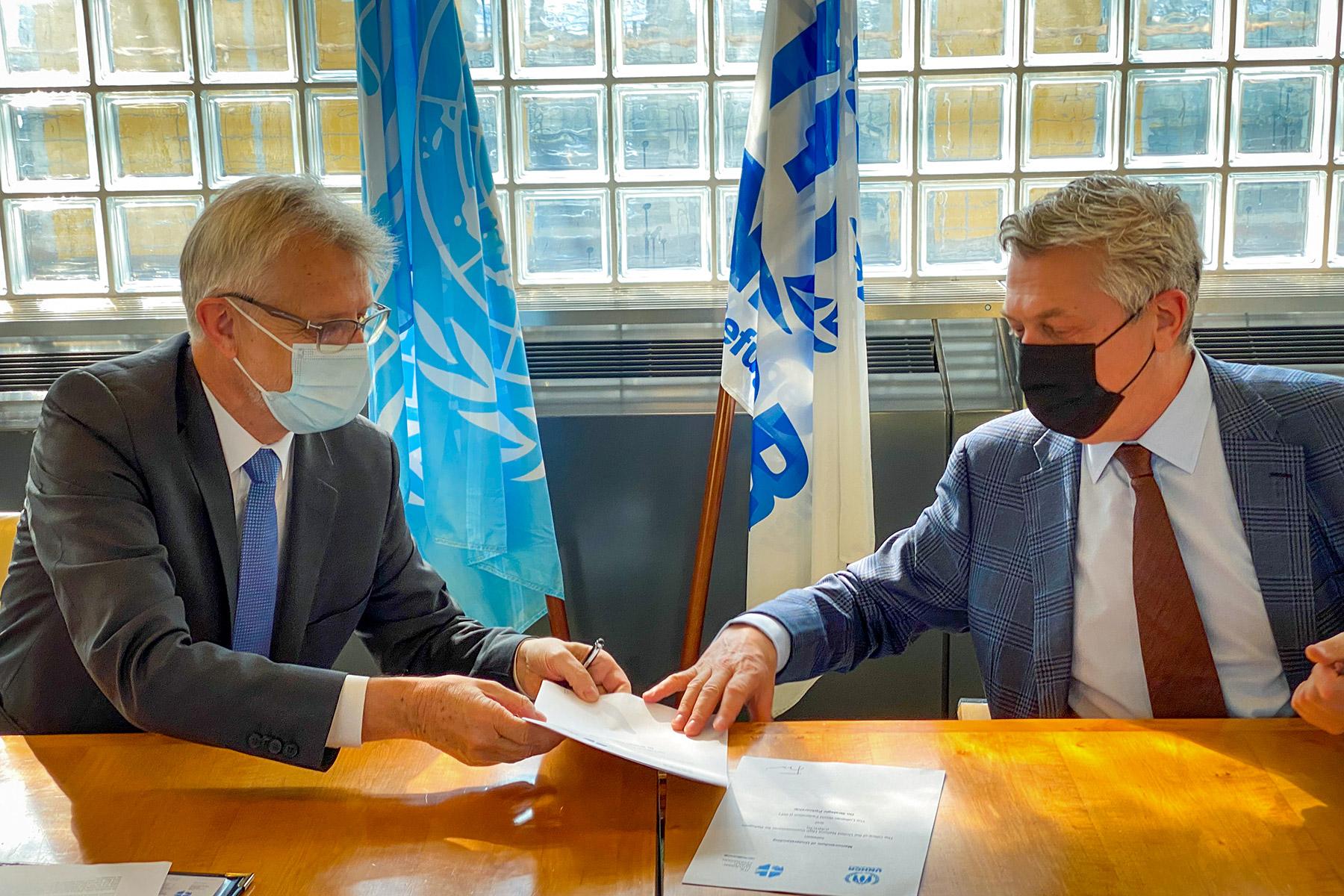 (LWI) - The Lutheran World Federation (LWF) Secretary General, Rev. Dr Martin Junge and the United Nations High Commissioner for Refugees (UNHCR) Mr Filippo Grandi signed a Memorandum of Understanding on 3 May, recommitting their organizations to closer cooperation on the protection of refugees, internally displaced people, and host communities in countries around the globe. The LWF currently operates as one of the largest implementing partners for the UN's refugee agency in nine countries, mainly on the African continent but also in Myanmar and Nepal.

In opening remarks, Junge looked back over six decades of fruitful collaboration between the two organizations serving people on the basis of needs, “not their origins, gender or religious faith.” He recalled that caring for refugees and displaced people seeking protection in the wake of the Second World War was a foundational decision taken by the first LWF Executive Committee back in 1947. Existing as a global communion of churches only makes sense, he added, “if we become a tangible expression of justice and compassion” for those most in need.

Recalling the first ‘Faith and Protection’ dialogue initiated by the previous High Commissioner to mobilize the potential of faith-based organizations, Junge noted that the LWF also worked closely with UNHCR on their 2013 document ‘Welcoming the Stranger’ which continues to guide churches and interfaith groups dealing with major migration flows in many different countries.

We can’t do it alone, we need partners like you that have a lot of experience to help build this up.

Reflecting on new challenges facing the world today, High Commissioner Grandi spoke about “the complex issue of climate displacement,” linked to the need for sustainable energy sources. Recalling the dramatic signs of deforestation that he witnessed during a recent visit to northern Congo, Grandi highlighted the need to strengthen the role of local grassroots partners, particularly in the wake of the COVID-19 pandemic. “We can’t do it alone,” he stressed, “we need partners like you that have a lot of experience to help build this up.”

Grandi also underlined the role of faith-based organizations and their vital links with local communities. He noted the important work of the Global Refugee Forum, as well as a new partnership with religious leaders – including LWF’s vice-president for the Nordic region, Church of Sweden Archbishop Dr Antje Jackelén - on advocacy to help “counter political trends.” 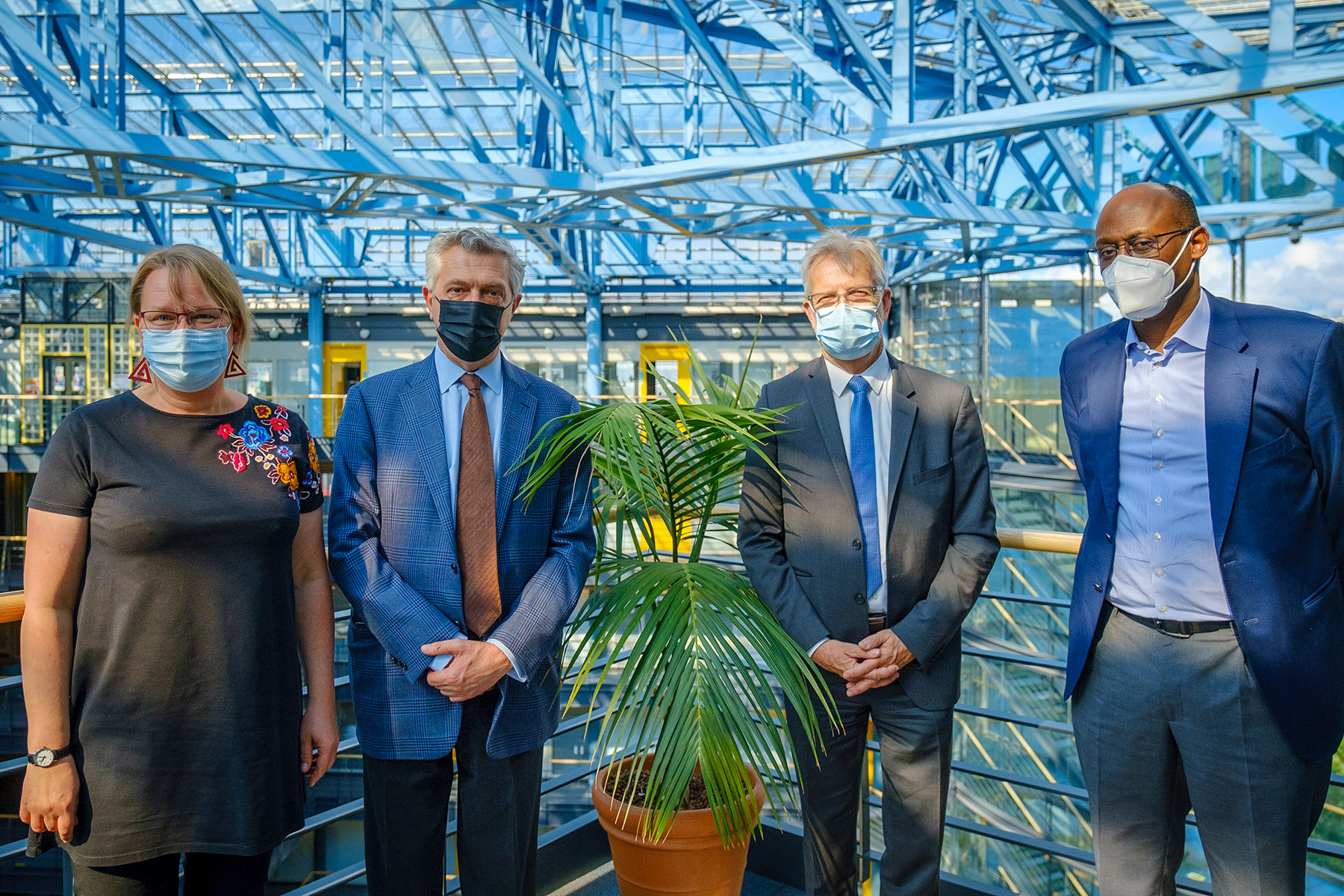 LWF’s director of World Service, Ms Maria Immonen stressed the practical impact “for colleagues in the field” of the new document, which builds on a previous Memorandum signed back in 2014. She highlighted the way it draws on LWF’s work with the UN’s Human Rights periodic review mechanism, to raise issues of refugee rights and seek to influence local and national legislation.

Immonen noted the LWF’s ongoing efforts to strengthen cooperation between World Service country programs and member churches in order to enhance its role as a humanitarian organization that is also “strongly rooted in the local populations and communities.” She also applauded the collaboration between UNHCR and the LWF in seeking to prevent the scourge of sexual exploitation and abuse.

Mr Raouf Mazou, Assistant High Commissioner for Operations, spoke of the effective collaboration which he witnessed between UNHCR and the LWF in Kenya’s Dadaab camp, which was formerly the largest refugee camp in the world. “Your staying power, interfaith networking, the faith-sensitive and development-oriented approach to refugees and host communities [….] these are things which we very much need,” he stressed.

Recommitted to care for refugees from The Lutheran World Federation on Vimeo.